Accessibility links
Smartphone Apps Help More Singles Find The Boy (Or Girl) Next Door : All Tech Considered People have long looked to computers to meet potential dates. Some are now using their smartphones, too. A growing number of phone apps are using internal GPS to locate other potentially compatible singles nearby. But to date, far more men than women are signing up for the services. 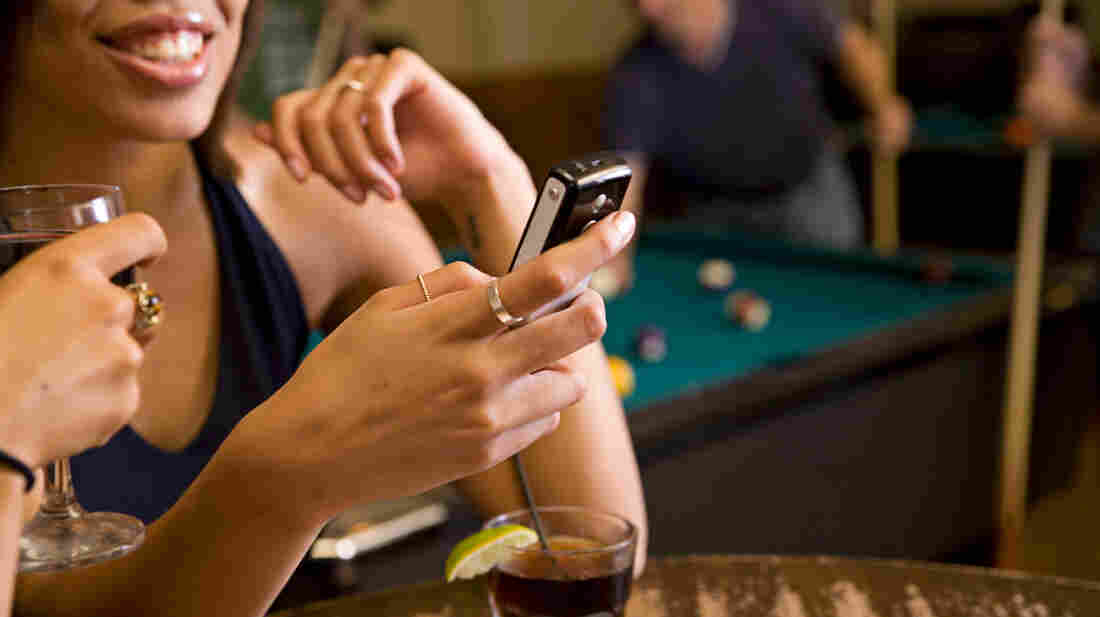 A growing number of smartphone apps use internal GPS to help singles locate potential mates nearby. While men are enthusiastic about the apps, women have been slower to adopt them. Sean Locke/iStockphoto.com hide caption 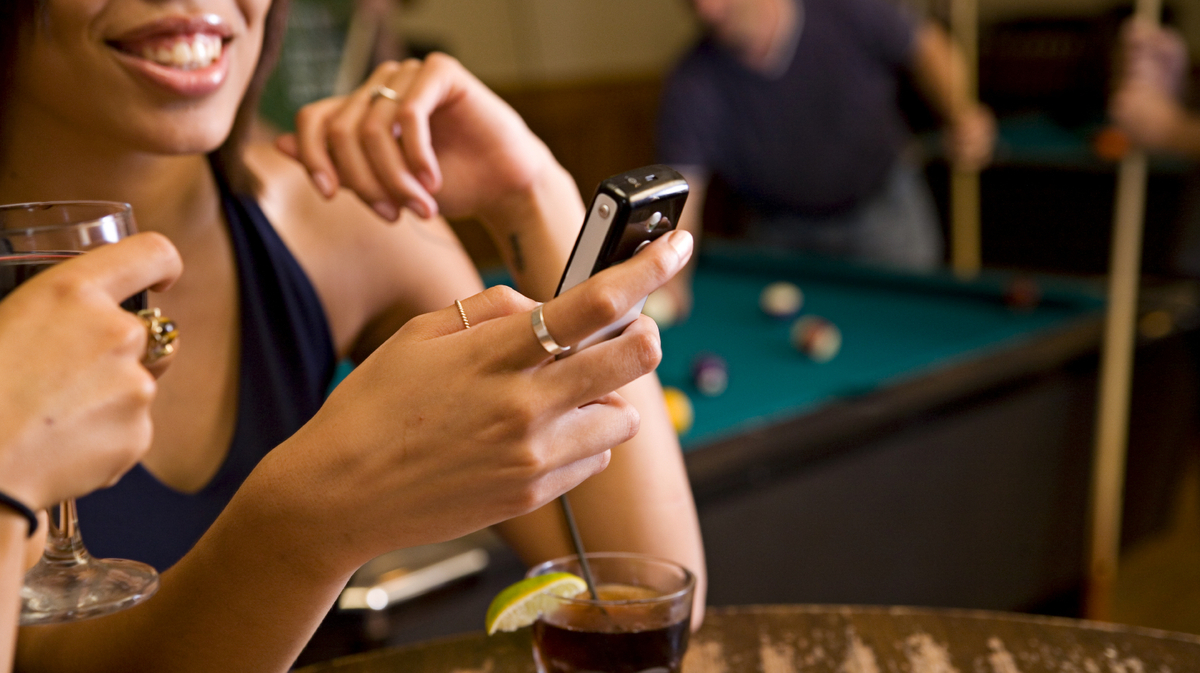 A growing number of smartphone apps use internal GPS to help singles locate potential mates nearby. While men are enthusiastic about the apps, women have been slower to adopt them.

Pretty much every smartphone on the market today offers GPS. Apps of all kinds use that geo-locating ability to offer you the local weather forecast or help you find nearby restaurants.

There are also apps designed to help singles look for love, and the concept has been a hit — with men. The app Grindr, for gay men, has more than 4 million users worldwide. And straight guys are signing up for a bunch of dating apps, as well.

But thus far, women haven't demonstrated quite as much enthusiasm about broadcasting their availability — and their location — to potential dates.

A New Trend With A Long History

People have been looking for electronic help with love connections almost as long as computers have been around. The computer first played matchmaker in the late 1950s, says cyber dating consultant Julie Spira.

"They had to feed the data into a computer and then the computer would spit out a possible match," Spira says.

And computer dating has stayed pretty much the same for decades since. Put in your personal information, and the program matches you with someone with whom you have something in common.

But with the advent of handheld devices with GPS, apps can now tell you who's single — and on the lookout — right around you. All you have to do is log on.

"Then, other singles who are logged on at exactly the same time can say, 'OK, there's 15 women within the two-mile radius. And two out of 15 I'm attracted to, and one says she'd like to meet tonight — let me write to her,'" Spira explains.

To find singles searching for romance in their natural environment, it's always worth visiting a bar. On a recent night in Washington, D.C., Kevin Smith, 23, is sitting with a group of friends. He says he likes the idea of mobile dating apps.

For guys like Kevin, there are dozens of GPS dating apps to choose from: SinglesAroundMe, MeetMoi, Badoo, Assisted Serendipity and Skout, just to name a few.

Right now, the vast majority of users are men. Naturally, when it comes to matching straight couples, that knocks the whole system out of whack. For matching to work, you have to have enough women.

But a lot of women say they're afraid of being harassed if they use these apps.

"It is the dumbest thing I've ever heard of," says Sarah Smith. "You're just going to see a total increase in sexual assault and raping happening, because people can find out exactly where you are and exactly how many drinks you've had."

Safety concerns aren't the only reason for the gender imbalance in mobile dating. Women just tend to date differently than men, Spira says.

Most women like the idea of getting a notification when mystery date is at a club down the street, she says. But they don't want to be bombarded with messages like, 'I'm here, let's hook up now!'

"Most women are a little uncomfortable with meeting somebody right away," Spira says.

"Let's just say they are leaving their yoga class and their hair is in a ponytail and they don't have any makeup on," she says. "And that cute guy they've been flirting with happens to be three tables away from them. They don't want to be seen unless they have their lipstick on or are wearing something a little bit cuter."

Some men do understand that many women are creeped out by the shift from old-school online dating to this new GPS model. Nick Soman, founder and CEO of a new dating app called LikeBright, says he understands the creep factor.

"We make it super, super easy to meet your friends' friends," Soman says.

More specifically, LikeBright connects you to the friends of your Facebook friends who are nearby. Soman says women feel safer that way, because it makes potential dates less anonymous.

Ideally, he says, dating will become less like hooking up at a dive bar, and more like meeting at a house party.

"There's a reason everybody's there. You have a sense of who you all know, and that you have some contacts and some interests in common," Soman says.

LikeBright is just getting started, but thus far, Soman is achieving the impossible — or at least the very difficult: an even balance between men and women users.

That's no small feat. If you look at some popular mobile apps, men outnumber women by a ratio of 4-to-1. That means a lot of those guys aren't going to get dates.

"It's sort of a dirty little secret of the industry, that if you can get something that works for women, then the guys will often sort of follow," Soman says.

Which means the future of mobile dating depends on getting women to sign up — and convincing the girl next door to admit she actually is right next door.