Accessibility links
Singapore's Rising Tech Industry Draws Expat Innovators And Investors : All Tech Considered Lower taxes weren't the only thing that attracted Facebook co-founder Eduardo Saverin when he made his new home in Singapore in May. The World Bank lists Singapore as the easiest place to do business. Increasingly, money and talent are drawn to the city-state's tech sector. 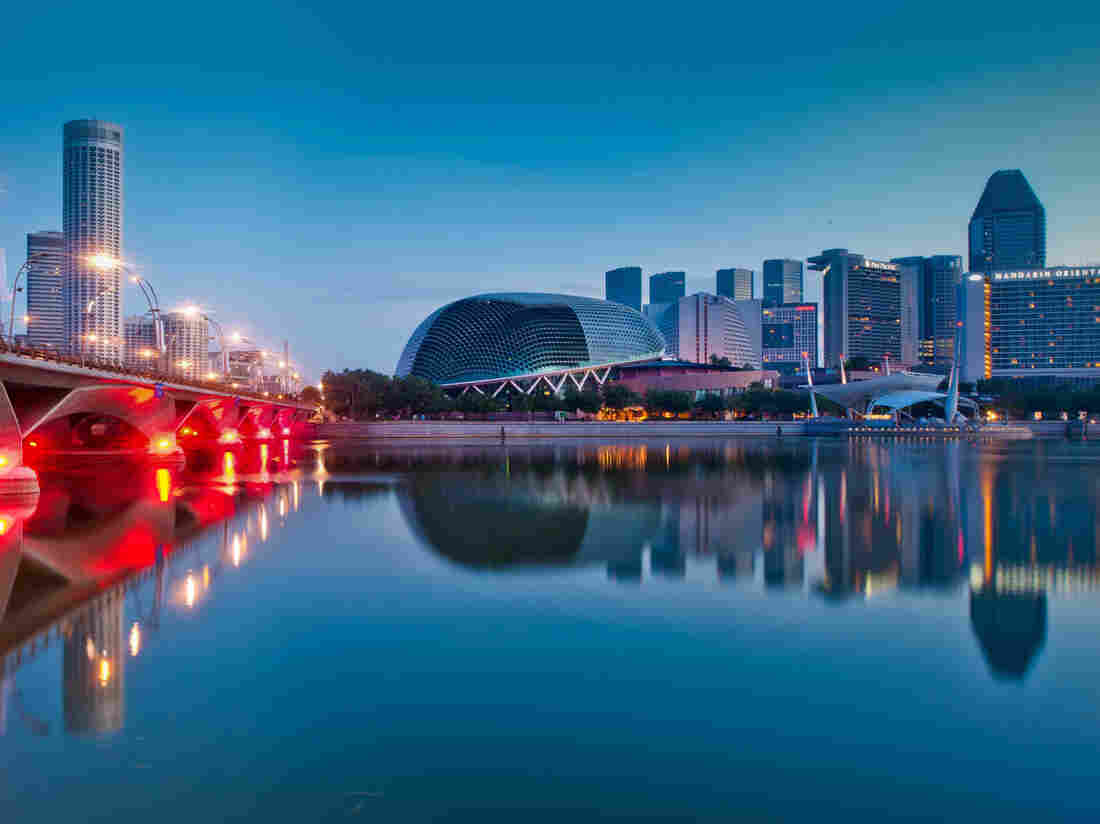 A reflection of the Marina Bay Esplanade in Singapore. The nation is increasingly seen as a corporate logistics hub and gateway to the region's emerging markets. Vorrarit Anantsorrrarak/Barcroft Media/Landov hide caption 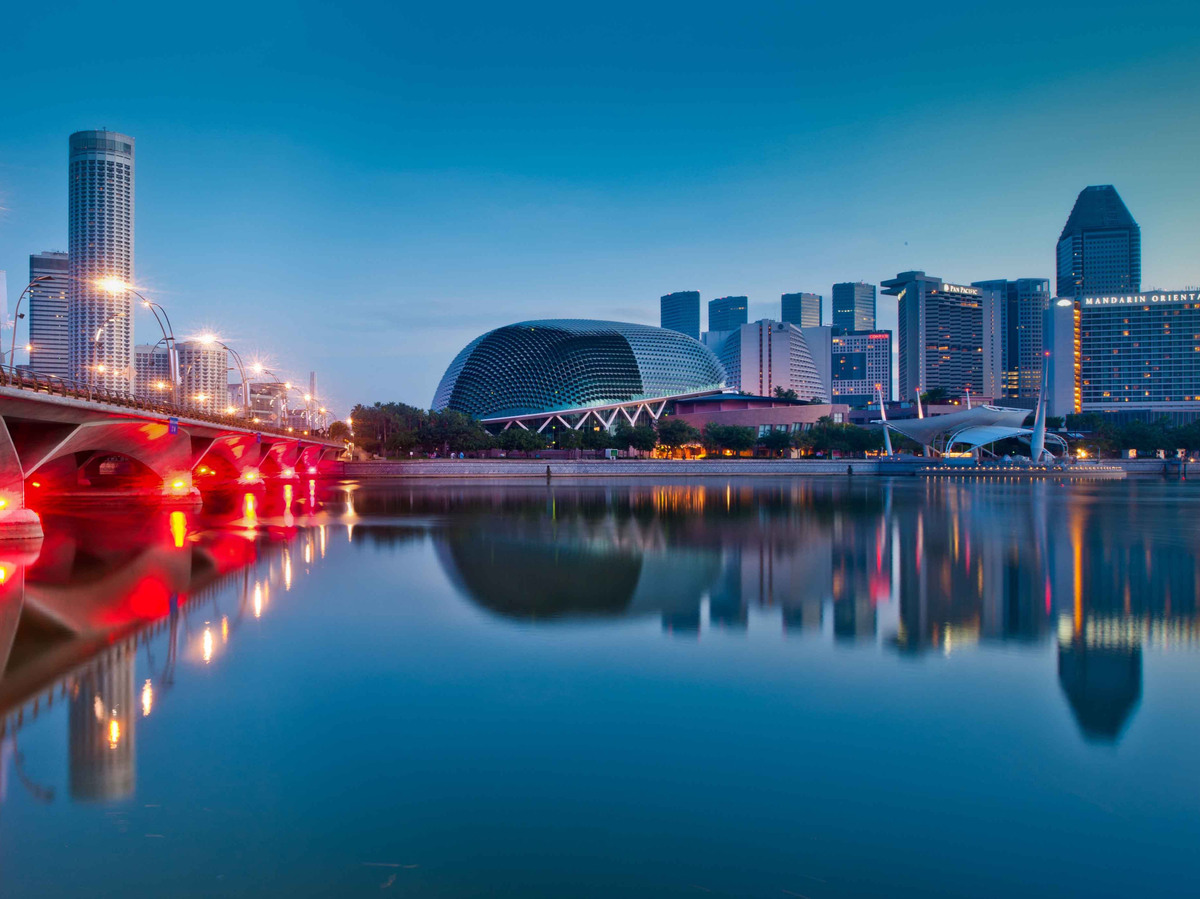 A reflection of the Marina Bay Esplanade in Singapore. The nation is increasingly seen as a corporate logistics hub and gateway to the region's emerging markets.

For the past six years in a row, the World Bank has rated the Southeast Asian city-state of Singapore as the easiest place in the world to do business. Drawn in part by this reputation, money and talent are pouring into the island nation's growing technology sector.

One of Facebook's co-founders recently renounced his American citizenship and relocated to Singapore, where he has been investing in tech startups.

One of these firms is Perx, co-founded by former New Jersey resident Andrew Roth. 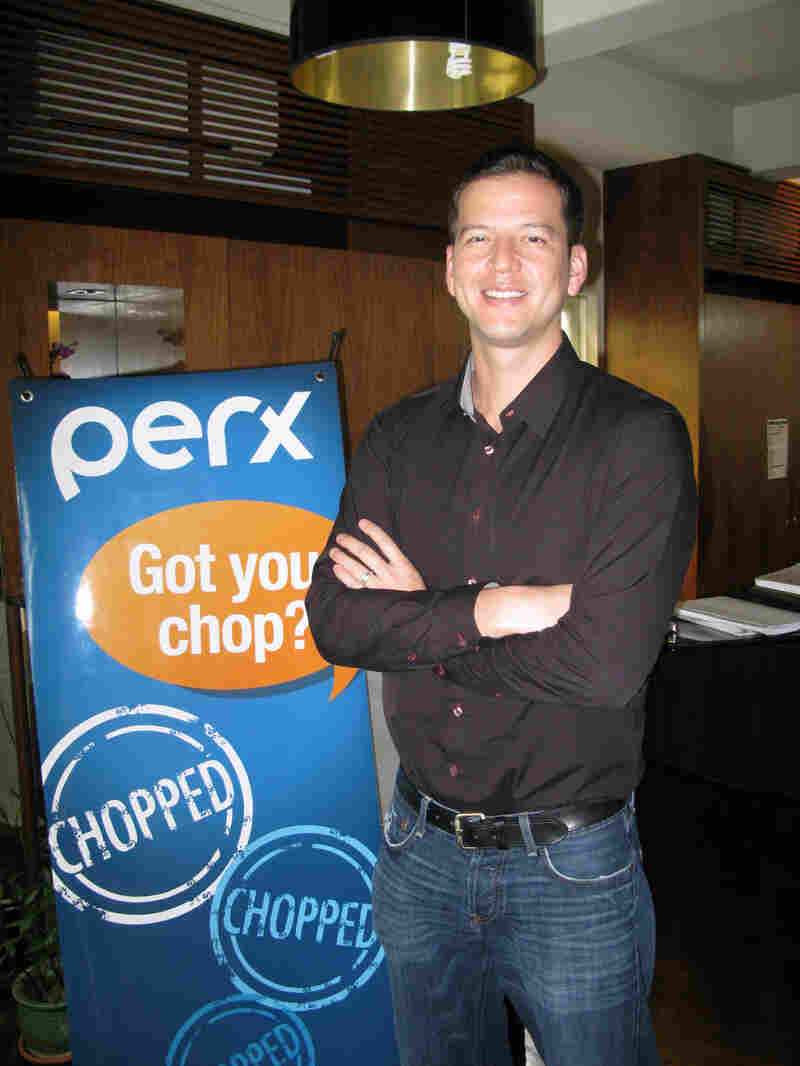 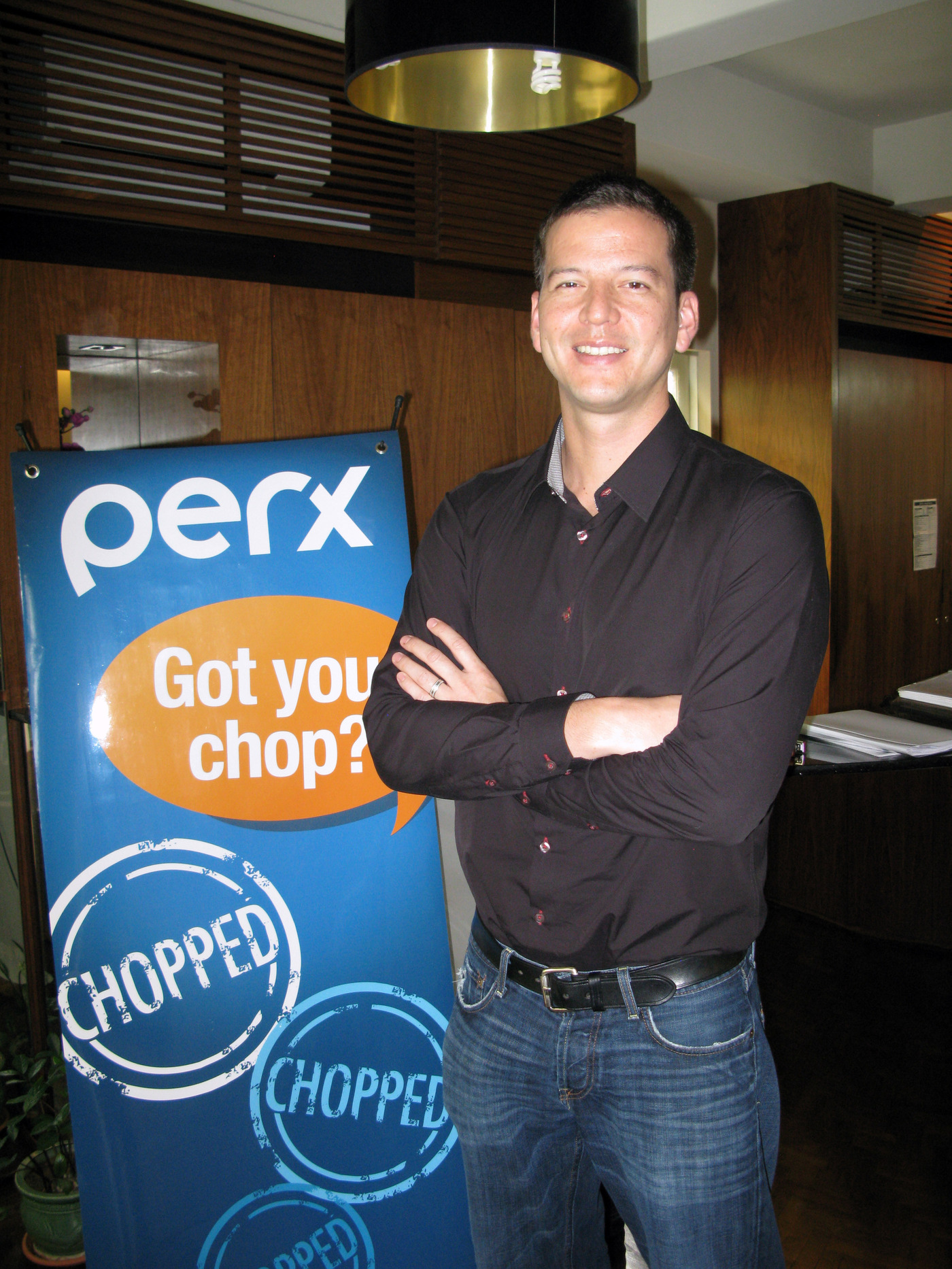 Andrew Roth is co-founder of Perx, a Singapore-based firm that uses smartphones as virtual loyalty cards.

At a coffee shop near his office, Roth demonstrates how the business works, by buying a couple of lattes. After paying for the coffee, the cashier shows Roth a printed symbol called a QR code. Roth uses his smartphone to scan the code. It's the digital equivalent of earning a stamp on a loyalty card, which, when full, can be redeemed for rewards.

"There are so many apps in the market right now ... that just kind of serve the consumer," Roth says. "And we took the approach with Perx to help the merchant first."

Roth says Singapore is an important test market for his company because it is the regional base for many multinationals. He plans to expand into Indonesia and other Southeast Asian markets in the future.

"We found a lot of research telling us that people really don't feel loyal to the company where they have a loyalty card," Roth says, adding that Perx aims to change that.

Facebook co-founder Eduardo Saverin has invested an undisclosed amount of money in Perx, and is set to join the startup's board of directors. Saverin declined to be interviewed.

Virginia Cha, a tech industry specialist at the National University of Singapore, says that both venture capitalists and Singapore's government have been plowing money into tech startups, setting the stage for technical innovation.

In Japan, Mobile Startups Take Gaming To Next Level

The Next Silicon Valley? Berlin Startups Catching Up With The Hype

"We've been seeing quite a few expat entrepreneurs coming to Singapore, setting up shop and raising funding here," she says. "So it's an easy environment to get started, especially since there's a lot of money now."

Cha cautions that ideas and products that work in Singapore — an island city of 5 million — will not necessarily work elsewhere.

But Cha herself is also an investor, betting on home-grown startups and cutting-edge technological applications.

"You need to have a killer app," she argues. "And so far the killer apps have come from the United States: Twitter, Facebook. We need a killer app that's created right here in Singapore."

Cha says investors like her are interested in more than just software. They're envisioning the future and betting that they can make it a reality.

For example, she points to a startup called Good For Us, which aims to inform consumers about the ethical implications of their purchases. Clive Wright, the chief business strategist for Good for Us, says his company uses data from environmental and human rights NGOs to rate corporations' ethics.

Morrison is just one of the company's remote employees linked to its nexus in Singapore.

Besides being the easiest place in the world to do business, Wright points out — perhaps more importantly for tech startups — Singapore is also one of the easiest places to close a business that fails.