Accessibility links
To This Agency, There's Only One Way To Operate: Precisely : All Tech Considered David Wineland of the National Institute of Standards and Technology is one of this year's two Nobel physics winners. NIST is the federal agency known for keeping accurate time using the atomic clock, and Wineland's Nobel has implications for even more accurate time-keeping. But what else does NIST do? 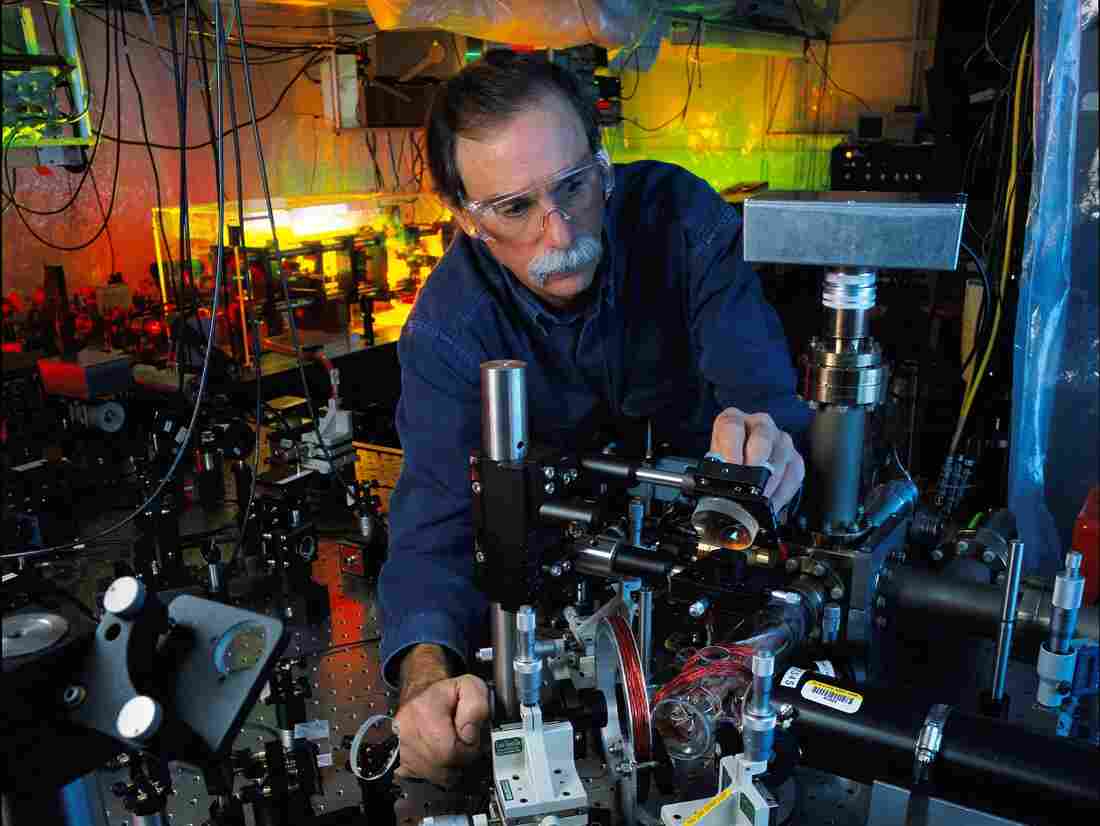 NIST physicist and Nobel Prize-winner David Wineland adjusts an ultraviolet laser beam used to manipulate ions in a high-vacuum apparatus containing an "ion trap." These devices have been used to demonstrate the basic operations required for a quantum computer. Copyright Geoffrey Wheeler/National Institute of Standards and Technology hide caption 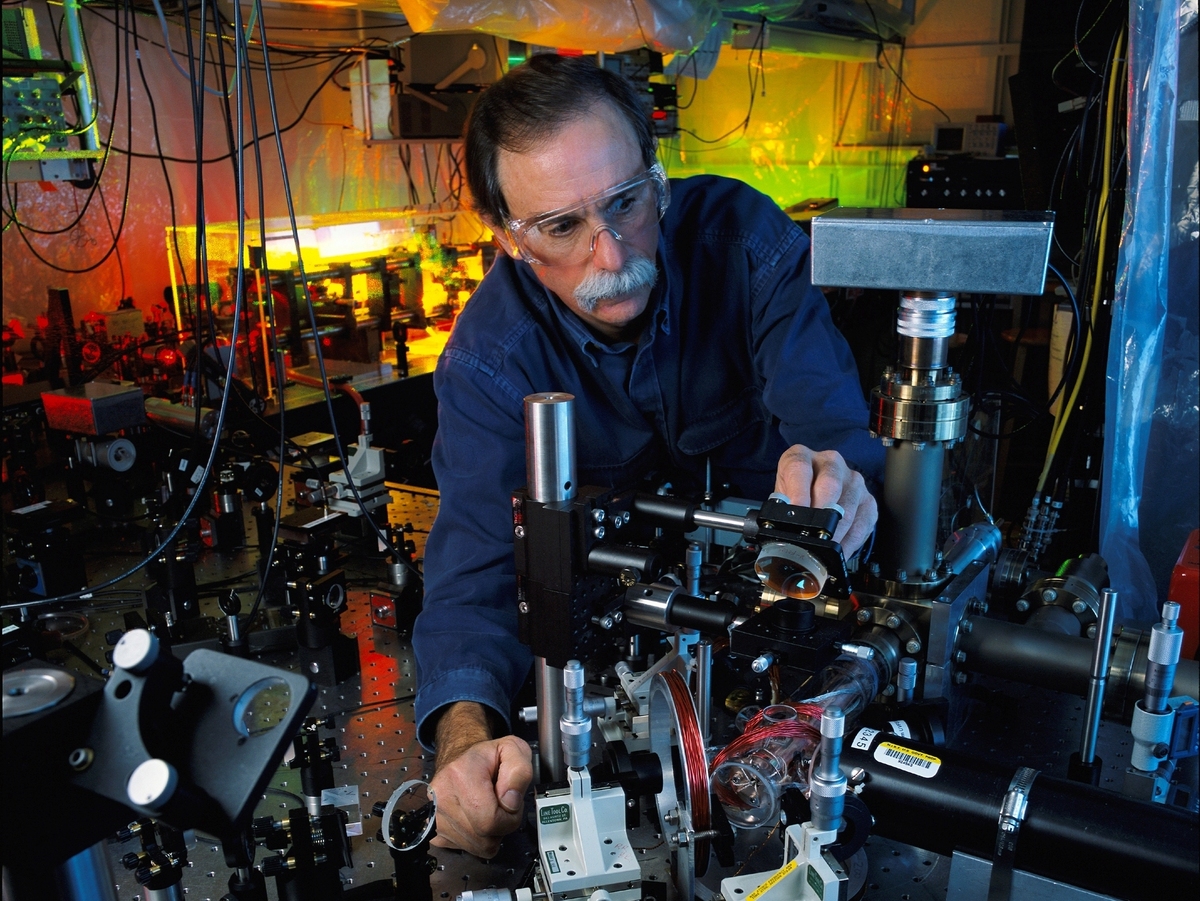 NIST physicist and Nobel Prize-winner David Wineland adjusts an ultraviolet laser beam used to manipulate ions in a high-vacuum apparatus containing an "ion trap." These devices have been used to demonstrate the basic operations required for a quantum computer.

David Wineland is the American half of the scientific duo celebrating the award of the Nobel Prize in Physics today.

Wineland and French scientist Serge Haroche developed new ways for scientists to observe individual quantum particles without damaging them. This may not sound so impressive, but the work opens a world of possibilities— including the development of a quantum computer and super-precise clock.

But who needs a better clock? Don't we have pretty good ones already?

Nobel In Physics: Your Tax Dollars At Work

Wineland's employer of the last 37 years is the National Institute of Standards and Technology, a federal agency that already owns and operates the world's most accurate clock, an aluminum device developed in 2010 that would not gain or lose a second in 3.7 billion years.

But NIST is not satisfied. That's because this small but powerful government agency is really, really into precision. Indeed, it is NIST's raison d'etre.

For over 100 years, the organization has been charged with maintaining the national standards of measurement, a task so fundamental it is assigned to the federal government in the Constitution.

What kind of measurements, exactly?

And he means everything: from the quality of the food you buy at the grocery store, to the environmental safety of the cooling liquids for the refrigerator you store it in, to the accuracy of the thermostat on the stove you use to cook it.

"The original intent of the spinach leaf standards was actually a monitor for air pollution," Baum says.

Over the years, NIST has produced three other Nobel Prize winners. It has also contributed to highly visible and practical developments in American life. The tools used in modern dentistry, the closed captioning system on television, 10 million distinct medical procedures — all NIST.

"If you go to your doctor and have your cholesterol tested, most likely the ultimate measure of that will trace back to a NIST standard for cholesterol measurements," Baum says.

Some of the measurements may be a bit hard to wrap your head around, but for even the most seemingly useless measurement, there's a practical use.

That's where the really precise clock comes into play. Ever wonder how GPS works?

"The fact that they have highly accurate and synchronized clocks on board [the satellites] is the crux of how GPS works," says Andrew Novick, an electrical engineer at NIST.

"If they were off by hundreds of nanoseconds from each other then the whole thing would fall apart," he says.