Accessibility links
Watching TV Online Often Exposes Slow Bandwidth : All Tech Considered There are more ways than ever to watch TV programs on the Internet, from Netflix and Amazon to Hulu. But many viewers discover that watching TV on the Web can be frustrating, as their favorite show might suddenly stop and stutter, the victim of a lack of bandwidth.

How We Watch What We Watch 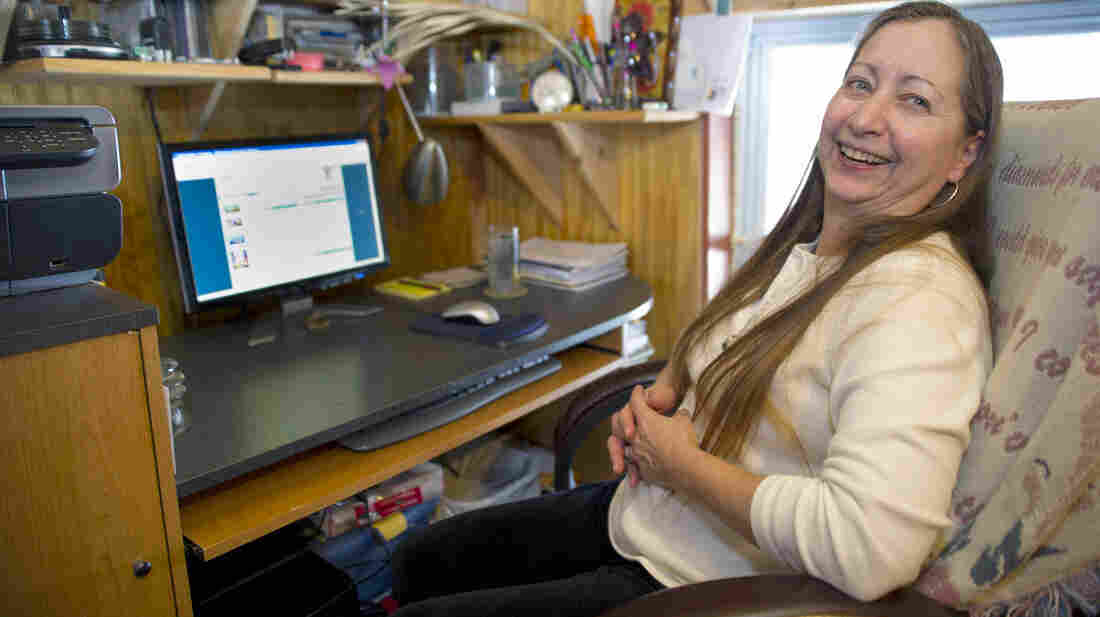 In much of America, the availability of online video is often frustrated by slow broadband speeds. In this 2011 photo, Valerie Houde waits for a dial-up Internet connection in East Burke, Vt. Andy Duback/AP hide caption 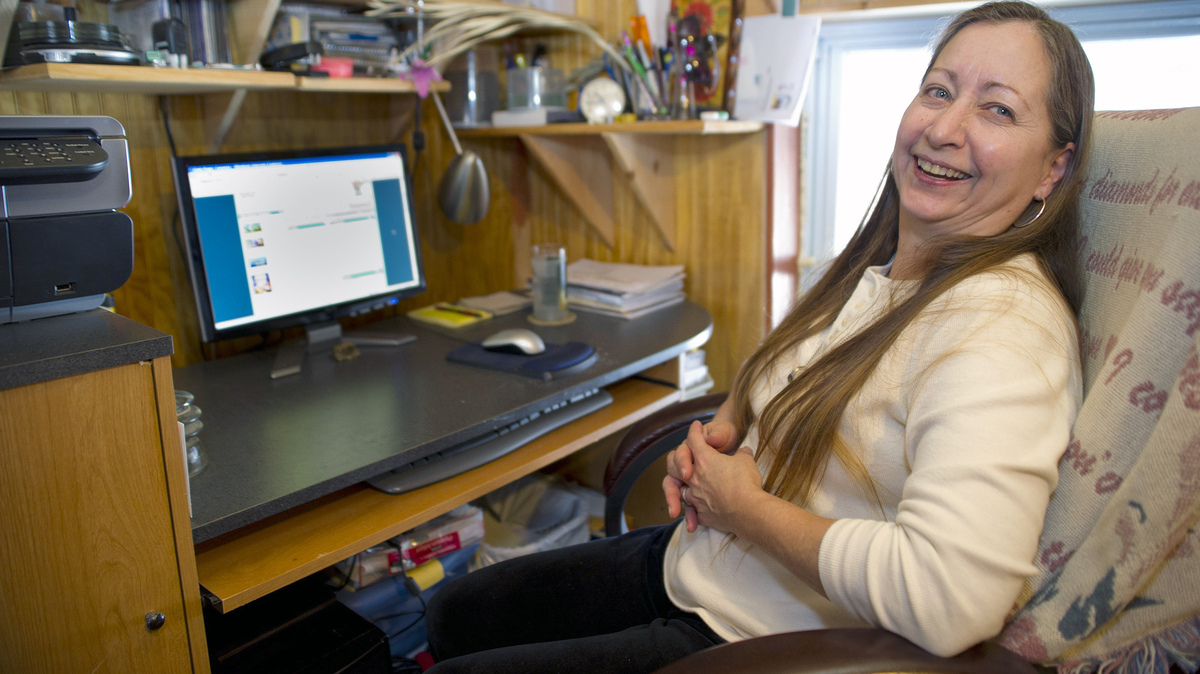 In much of America, the availability of online video is often frustrated by slow broadband speeds. In this 2011 photo, Valerie Houde waits for a dial-up Internet connection in East Burke, Vt.

A Growing Need For Broadband

Since 2005, the popularity of smartphones has helped create new demand for broadband. As this chart shows, global demand isn't expected to fade:

There are more ways than ever to watch TV programs on the Internet, from Netflix and Amazon to Hulu. But many viewers discover that watching TV on the Web can be frustrating. Their favorite show might suddenly stop, stutter and be replaced by a note that reads "buffering." The problem is lack of bandwidth: The data that is the video just can't squeeze through the wires and onto the screen.

But there is a place where some people never worry about bandwidth. It's called Fiber Space, and it was created by Google as part of its Internet access project in Missouri.

"This is our demo space where people get a chance to experience Google Fiber," says Carlos Casas, who leads Google's team in Kansas City, Mo. The company is in the process of wiring the entire city with low-cost 1-gigabit broadband. That's about 100 times faster than what most Americans can get now.

"It's not yet installed in homes, and so we wanted to have a space where people could come and just see what the technology looks like," Casas says.

To duplicate an experience you might have at home, reporter Suzanne Hogan of Kansas City member station KCUR and I tried an experiment.

I used NPR's connection in Washington, D.C., to watch an HD nature video while downloading an 8-gigabyte video game that I wanted to play later. Hogan, joined by Casas and another Google team member, Tom Fitzgerald, did the same thing.

The video begins playing in Washington, but the game doesn't t start to download.

From Kansas City, Hogan reports, "The video is playing in the background. ... We haven't had any delay with that ... and we're currently how far along on the game?"

In D.C., my 10-minute nature movie freezes. Meanwhile, back in Kansas City, Hogan tells me, "We've only got about two minutes left of this movie."

"I can start and play a whole other movie if you want," Fitzgerald offers.

Over the course of 10 minutes, Kansas City downloaded the 8-gigabyte game and watched two HD videos. In that same time, my video froze, and I downloaded 3.3 percent of the game. Fail.

Things are so much better in Kansas City because Google is streaming video and information directly through its high-capacity fiber network. Casas says the company hopes the Kansas City experiment will inspire broadband providers to deploy similar networks around the country.

"We saw it when we went from dial-up to broadband. People didn't think of the things we'd be able to do, and all of a sudden we have video conferencing, we have social media," he says. "So now we're very excited about the possibilities that fiber will bring."

Faster Internet speeds will not only make it possible to watch HD video while downloading a game. Blair Levin, a telecommunications specialist at the Aspen Institute, says he also imagines video chatting with friends while they're all watching the same game on TV.

"Wouldn't it be great if you could watch the college football game with all your buddies from college," he says, "and have something resembling the experience you had when you were in college, in terms of presence of each other."

Unfortunately, Levin says, there isn't much incentive right now for broadband providers like Comcast or Verizon to upgrade their networks. Cable can already provide faster broadband service than the telephone companies, and it would simply cost the telcos too much to catch up.

"In the middle of the last decade, the telcos were saying, 'We're going to provide better networks than cable,' " Levin says. "Now what they're simply saying is, 'We like the networks, we're not going to invest to be better networks — but we're going to try other ways in which we improve the value proposition.' "

Those values include things like bundling phone, Internet and TV to lure consumers away from cable. For their part, TV programmers are not all that interested in making it easier for fans to watch via the Internet.

"The programmers are making tens of billions of dollars by selling that programming in big bundles to cable distributors," says Susan Crawford, a former tech adviser to the Obama administration. "And they have no incentive to break up those bundles and make those individual channels available online. They'd make much, much less money."

For its part, Verizon did spend more than $20 billion building out its Fios fiber network to more than 17 million customers. But then it stopped. The company's Bob Elek says nobody seems to be using all that bandwidth.

"The market demand isn't really there," he says, "both from a consumer perspective and from the applications and the things that people are providing to be used on the network. It just isn't there yet."

A project like the one Google is setting up in Kansas City may open some eyes to what life could be like if we had faster networks. That might lead to more demand, and maybe an end to your buffering ... I mean, suffering.

Part of Morning Edition's weeklong series, How We Watch What We Watch.