Accessibility links
Can Windows 8 Bridge The Gap Between Tablet And PC? : All Tech Considered Microsoft's new operating system, Windows 8, is the company's boldest move yet. In an attempt to stay competitive with other tech giants, the new software is designed to boost company's mobile and tablet business. But will it upset Microsoft's computer-based loyalists?

Listen To Steve Henn's Report On All Things Considered

Listen
Can Windows 8 Bridge The Gap Between Tablet And PC?

Can Windows 8 Bridge The Gap Between Tablet And PC?

Listen To Steve Henn's Report On All Things Considered 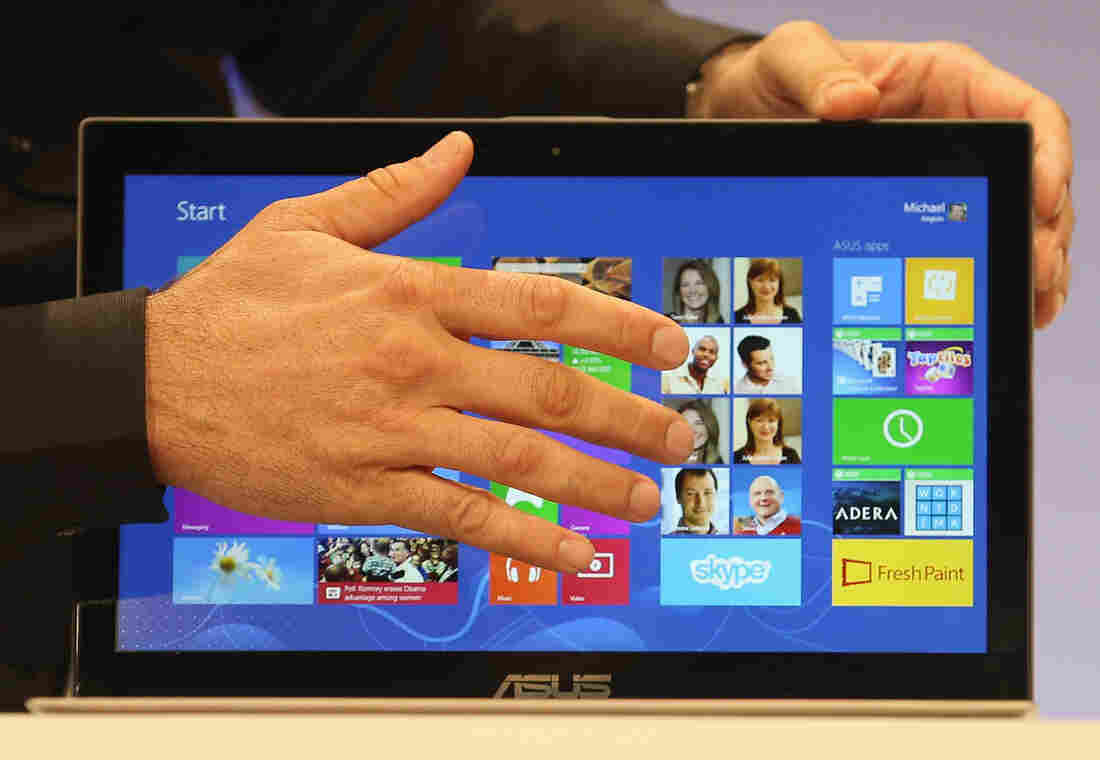 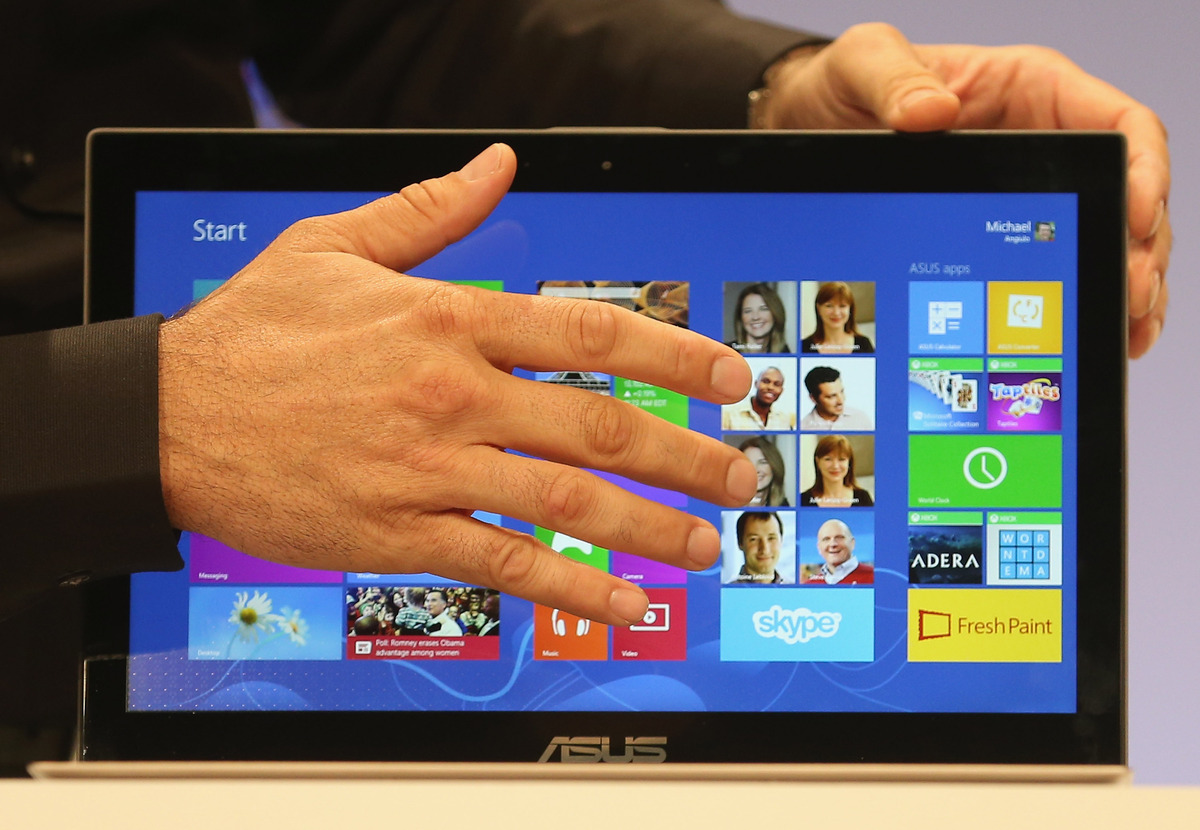 The Microsoft Windows 8 operating system is unveiled at a press conference on October 25 in New York City.

For better or worse, Microsoft has now shown its hand. The company Thursday showed off its new operating system, Windows 8, which will either mark a new era for the software giant in a hyper-competitive market, or spell its downfall.

For a company under siege by three fierce competitors, the change is not just incredibly risky, but necessary. As NPR's Steve Henn reported earlier this week, Google, Amazon, and Apple are winning in a new battle fought not with devices, or communication services or media, but technological ecosystems. In his latest story for All Things Considered, Henn reports that the radical Windows redesign is rooted in a need to make the software "about more than work."

"It's safe to say almost no one wakes up hoping to find a better spreadsheet application under the tree on Christmas morning," Henn reports. "With Windows 8, Microsoft executives hope they've created software that will power devices consumers actually desire."

Beefing up its music, video, and gaming services for the Xbox is part of that effort, Henn reports.

But this move is mostly about increasingly lucrative tablet and mobile realms.

Windows 8 is designed with those devices in mind. But as Bloomberg News technology commentator Rich Jaroslovsky told NPR's Renee Montagane on Morning Edition, there's a delicate balance to be struck between innovation and loyalty to existing Microsoft users.

"It's sort of a Hail Mary pass in that what they're trying to do is create a completely new interface for Windows that is more at home in a world of tablets and touch screens," he says.

At the same time, Jaroslovsky says, Microsoft is "trying to not shock Windows users and to maintain compatibility with the huge universe of software that has already been written for previous versions of Windows."

While the software has received rave reviews for its graceful integration with touch technology, there's speculation that design might alienate Windows computer users, the long-standing backbone of Microsoft's business.

Case in point: Windows 8's new home screen. Rather than Windows' iconic "start" button, the gateway to the new operating system is a series of brightly colored tiles, alive with automatically updating information. What was once a stationary, straightforward portal to Windows' functions now operates more like an app. This format, Jaroslovsky says, is not immediately intuitive for those unfamiliar with handheld devices.

"It will be very disorienting at first because people are used to turning on their computers and seeing a certain something. In the case of Windows that certain something for 20 years has been a desktop environment," Jaroslovsky says. "Now suddenly that desktop environment isn't there anymore. There aren't the icons, the folders, the files, the things we're all used to in Windows. There are these colorful tiles and they have to know how to get from those tiles to the desktop where they can do their productive work."

The reviews are out, but not entirely conclusive. Most have noted that the new tiles, known lately as "Modern UI," are a bit hard to love right away. The Guardian's Charles Arthur says that's especially true when trying to change something as basic as the date on your computer, which is not available there, but instead through the "Start screen," located amongst the "Charms" on the side of the screen. Navigating this, Arthur writes, is like "you're in HG Wells's Time Machine, and have come away from the happy Eloi above, in their big-tiled world, and discovered the Morlocks labouring away beneath."

Even Microsoft co-founder Paul Allen found some "puzzling aspects" of Windows 8, including confusion when opening two versions of the same application as part of its bimodal user experience.

But others, including Wired's Alexandra Chang, didn't think the learning curve was "too steep" and found the new operating system fun, without sacrificing functionality. But she admitted that until users discover the route from the Modern UI to the desktop, there will be some unhappy customers.

That they ultimately find that portal is the essence of Microsoft's gamble.