Accessibility links
Google, Facebook And The Next Billion Users : All Tech Considered Approximately three-quarters of the world's population now have access to a mobile phone, and the majority of those subscriptions are in developing countries. But those phones don't usually have data plans. Now, Google and Facebook are offering free apps on these devices to get users hooked on social media. 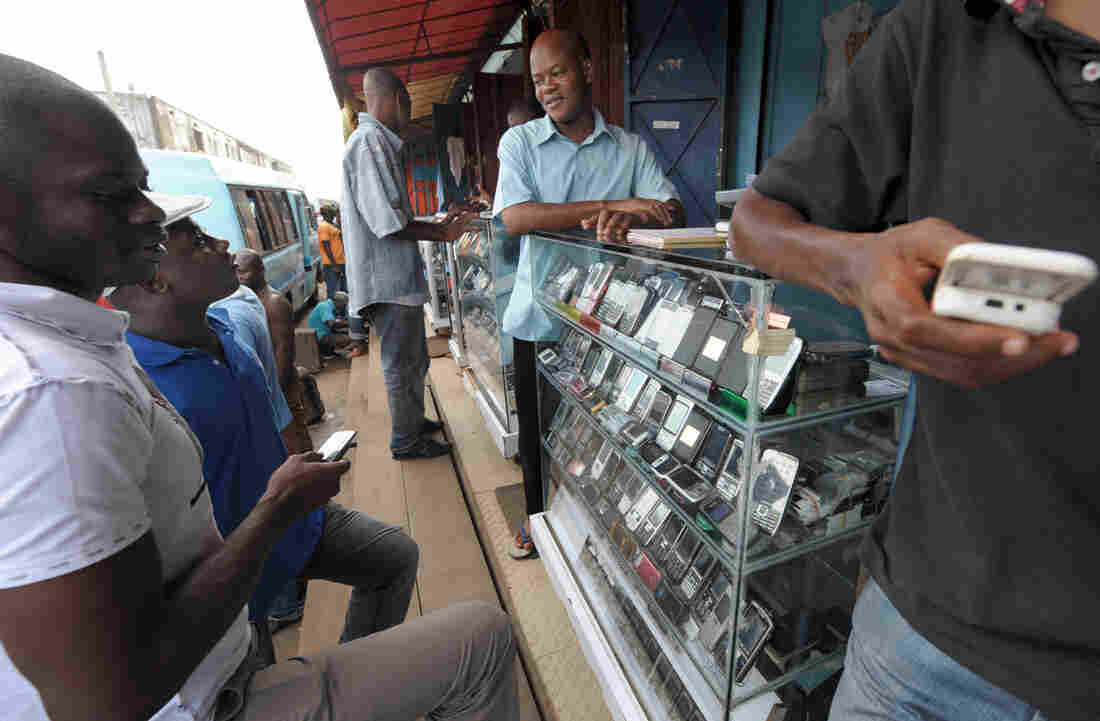 Men look at mobile phones at the Adjame market in Abidjan, Ivory Coast. The market for mobile telephones in developing countries has grown quickly, and now Facebook and Google are trying to get users to use the Internet on their devices. Issouf Sanogo /AFP/Getty Images hide caption 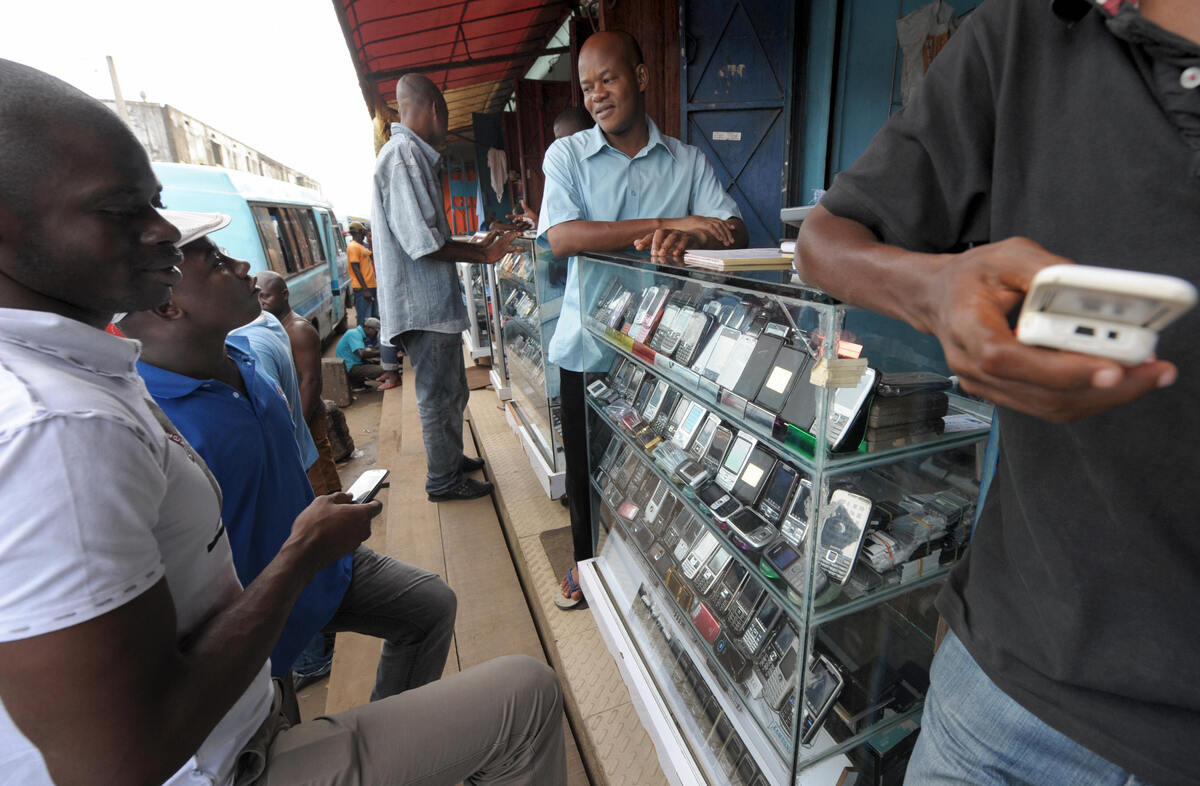 Men look at mobile phones at the Adjame market in Abidjan, Ivory Coast. The market for mobile telephones in developing countries has grown quickly, and now Facebook and Google are trying to get users to use the Internet on their devices.

The chances are slim that a person living in poverty in a developing nation has access to the Internet on a computer. It's expensive and, in some places, there's a lack of infrastructure to support it.

The chances are better, though, that that person owns a cellphone. It's probably not an iPhone or an Android, and he or she probably hasn't purchased a data plan for it, but it has the ability to access the Internet.

Google believes that this category of cellphone user is the future of its expansion.

The free service is intended to eventually entice users to shell out for more advanced phones and, presumably, more expensive data plans. If the service is successful, it will expand into other countries.

"It's aimed at the next billion users of the Internet, many of whom will be in emerging markets and encounter the Internet first on a mobile phone, without ever owning a PC," AbdelKarim Mardini, product manager for Google, told Reuters.

Google is not the only tech company seeking to tap into emerging markets this way.

As Quartz's Christopher Mims reports, Facebook has long considered mobile on non-smartphones in the developing world key to the company's continued expansion.

To that end, Facebook has created two ways for non-smartphone users to experience the social-networking service.

In 2010, Facebook launched Facebook Zero, a text-only version of its service. Users in 45 countries with "mid-range feature phones" can click on links, send messages and update their statuses.

The features of the app are basic, but enough to prompt the kind of wildfire success that fuller versions of Facebook had in the United States. In Africa, the number of people on Facebook jumped 114 percent in 18 months.

And in 2011, Facebook and Snaptu announced a new app called Facebook for Every Phone. It was built for more than 2,500 different types of mobile devices, constituting around 80 percent of the devices sold worldwide. It had 30 million users at acquisition.

Still, there's room for both Facebook and Google to grow in these markets.

Mashable's Alex Fitzpatrick reports that approximately three-quarters of the world's population have access to a mobile phone, and that the majority of those subscriptions are in developing countries.

But owning a mobile device does not yet automatically equate to having Internet access. For example, according to The Economist, only 81 million Indians, or 7 percent of the population, use the Internet, while 507 million own mobile phones.

Narrowing that gap is the task for Internet-based companies in the 21st century.