Accessibility links
Distracted Driving: We're All Guilty, So What Should We Do About It? : All Tech Considered Despite the danger, millions of people continue to text or email while driving. The desire to stay connected is often hard to resist, so here are a few tips to help keep your hands on the wheel. 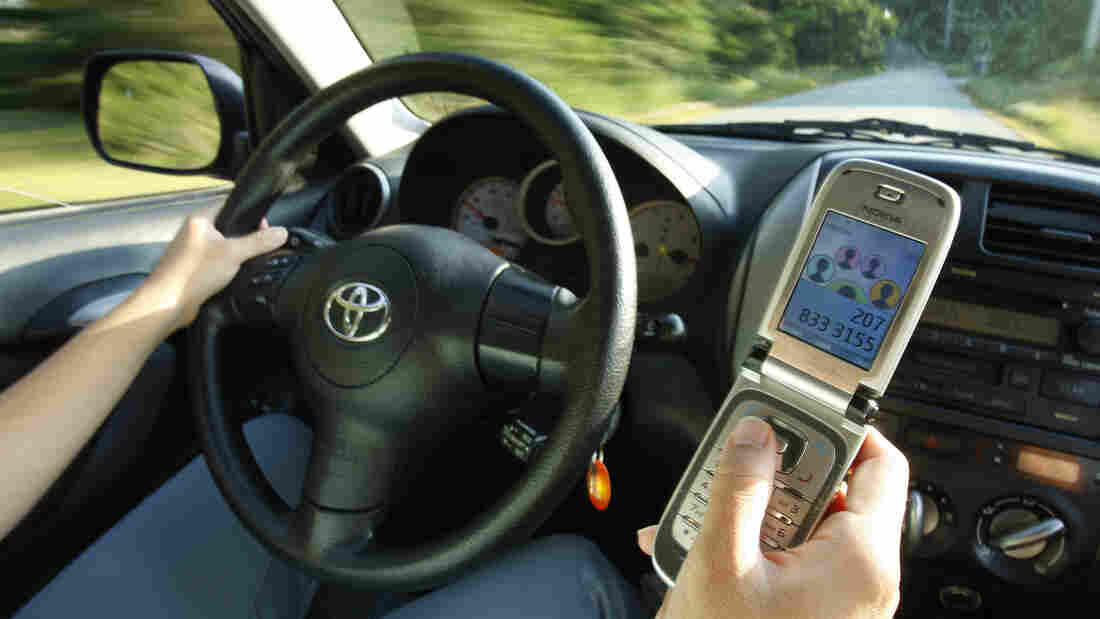 Despite the well-publicized dangers and laws against it in many states, texting or emailing while driving remains a huge problem. Robert F. Bukaty/AP hide caption 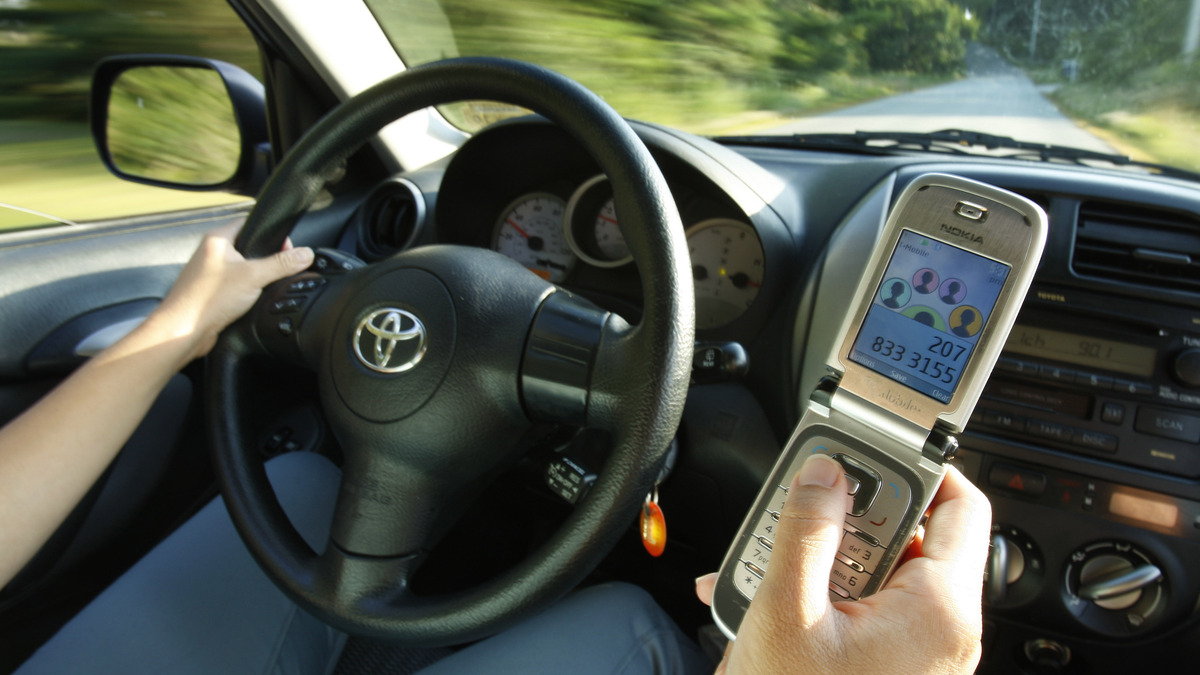 Despite the well-publicized dangers and laws against it in many states, texting or emailing while driving remains a huge problem.

One of the most dangerous things you can do behind the wheel of your car is text or check your email. Texting and driving is illegal in 39 states, the District of Columbia, the Virgin Islands and Guam.

Despite the danger, millions of us continue to do it. I am ashamed to say that I was one of them.

During the recent presidential campaign, I was on the road — a lot. I was mainly driving on rural roads in places such as Iowa, Indiana and, of course, Ohio. On several occasions I checked my email while driving, and like many people I rationalized my behavior.

"You're not the only the one," says Carroll Lachnit of Edmunds.com. "I'm loath to say it's an epidemic because that sounds so strong, but when you have a phone in the car, the temptation to use it can be pretty overwhelming."

The desire to stay connected is so great that many of us can't resist. You need only stand on any street corner and watch drivers to see just how many people are using their cellphones while behind the wheel.

Lachnit points out that there are efforts to keep the hands of drivers on the wheel with things like voice-activated software to read text messages or emails and apps that automatically respond to text messages saying, "I'm driving." The technology, however, has a long way to go.

Lachnit says that perhaps people need to start "shaming" each other more when they see people using their phones while driving.

"I give people the stink-eye all the time if I see them holding their cellphone while they're in the car," she says. "The problem is, they're not looking at me. They're looking at their damn cellphone."

Daniel McGehee, who studies distracted driving and vehicle safety at the University of Iowa, says that emailing is the "trifecta of distraction," because it takes your eyes, hands and attention off the road.

McGehee also says many of us delude ourselves by thinking that it's OK to check our email at a traffic light.

"It's not," McGehee says. "Some of the most intense distractions can come when you're stopped."

Often at stop signs, you may not be aware of pedestrians and other cars around you, and it can take time for your brain to shift from text or email mode to driving mode. One of the most common forms of crash is the rear-end collision.

McGehee says it is best to turn off or put your phone in a bag and leave it put.

"If you take a look at the kinds of things that are going back and forth, they're really unimportant," he says. "Is it really so important to send that string of messages back and forth for the last 45 seconds of your life?"

Talking to McGehee, Lachnit and others, I've come up with some tips to help avoid texting or mailing while driving.