Accessibility links
Spain Expands Renewables With Wave-Powered Electricity Plant : All Tech Considered The Bay of Biscay, off Spain's northern coast, is notorious for its huge surf, which has claimed countless lives in shipwrecks over the centuries. Now Spanish engineers have found a way to harness the power of those big waves to produce electricity. 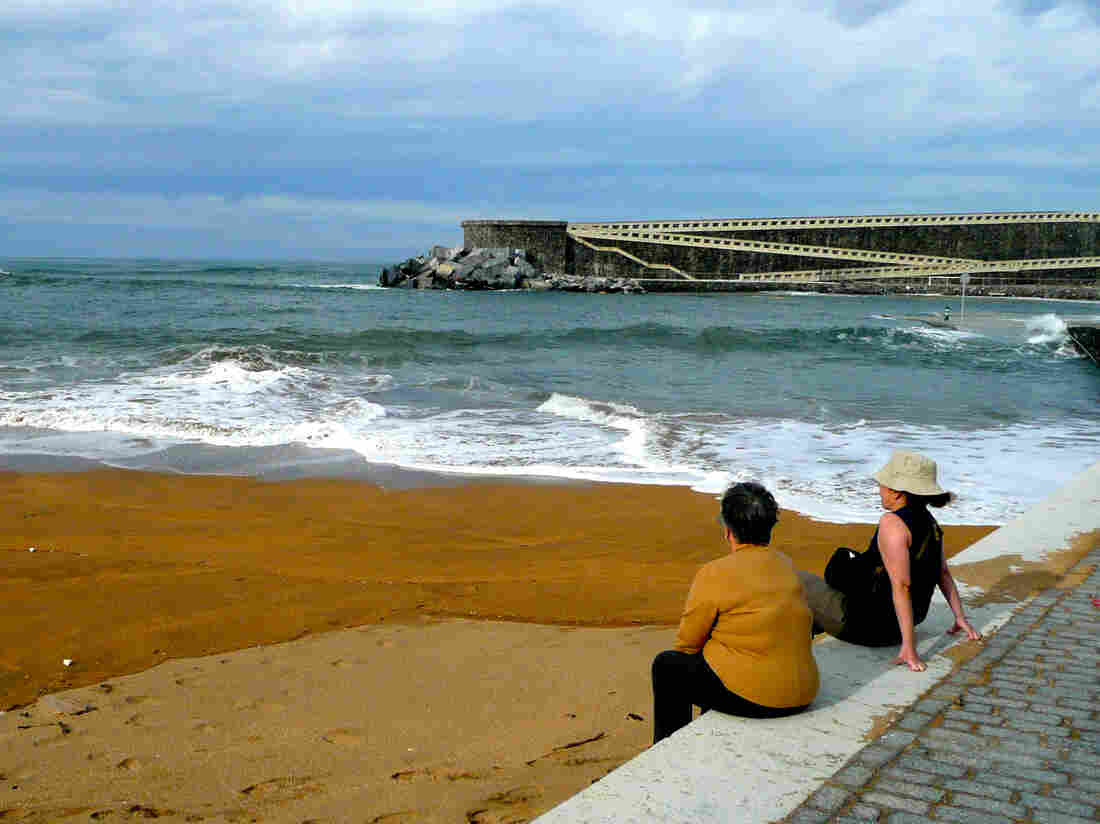 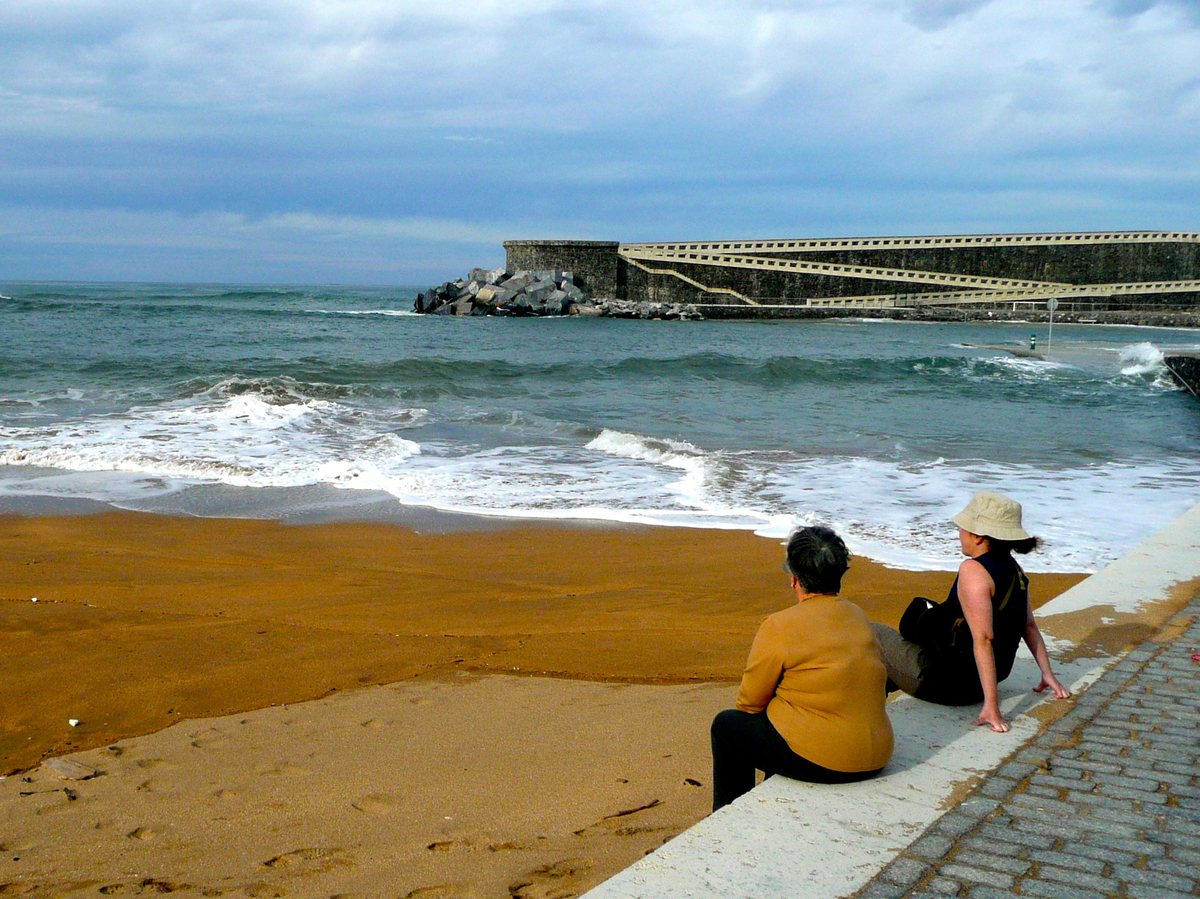 Waves constantly thrash the fishing village of Mutriku on Spain's northern coast. Records from the 13th century describe the dangerous surf and shipwrecks here. Until recently, water occasionally hurled debris through windows of homes, before the local government built a cement breakwater to shelter the harbor. 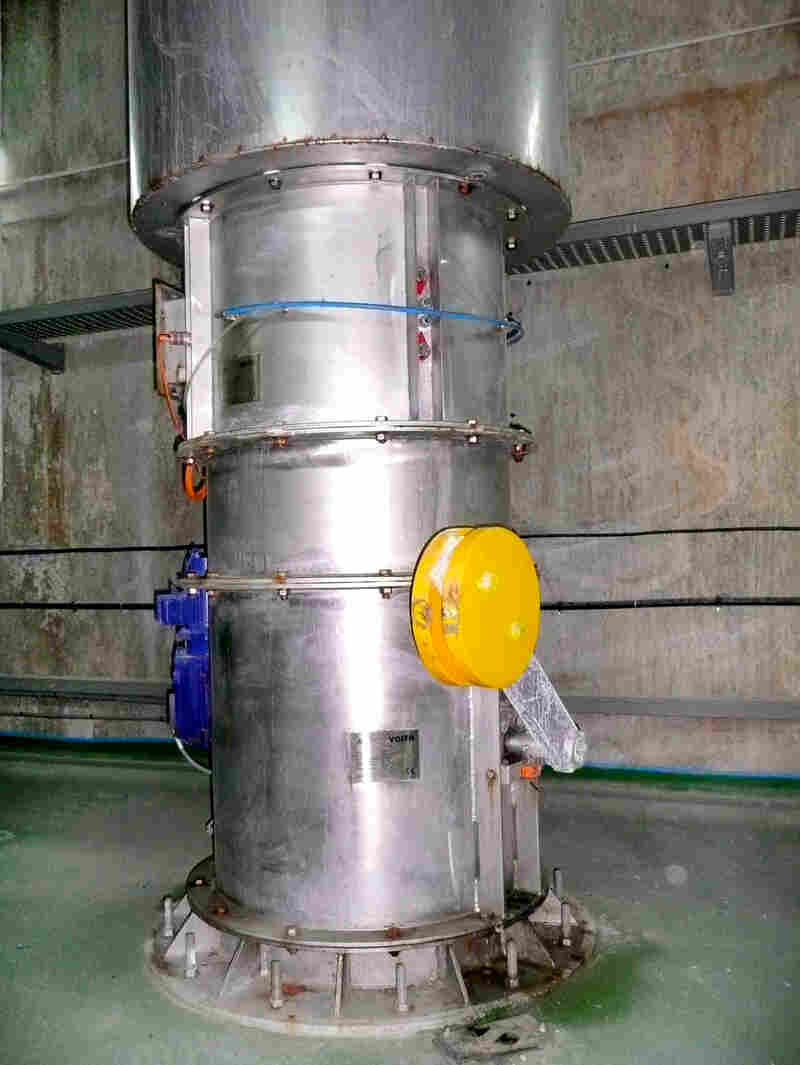 One of the 16 turbines inside the Mutriku breakwater, part of Europe's first wave energy plant. Lauren Frayer for NPR hide caption 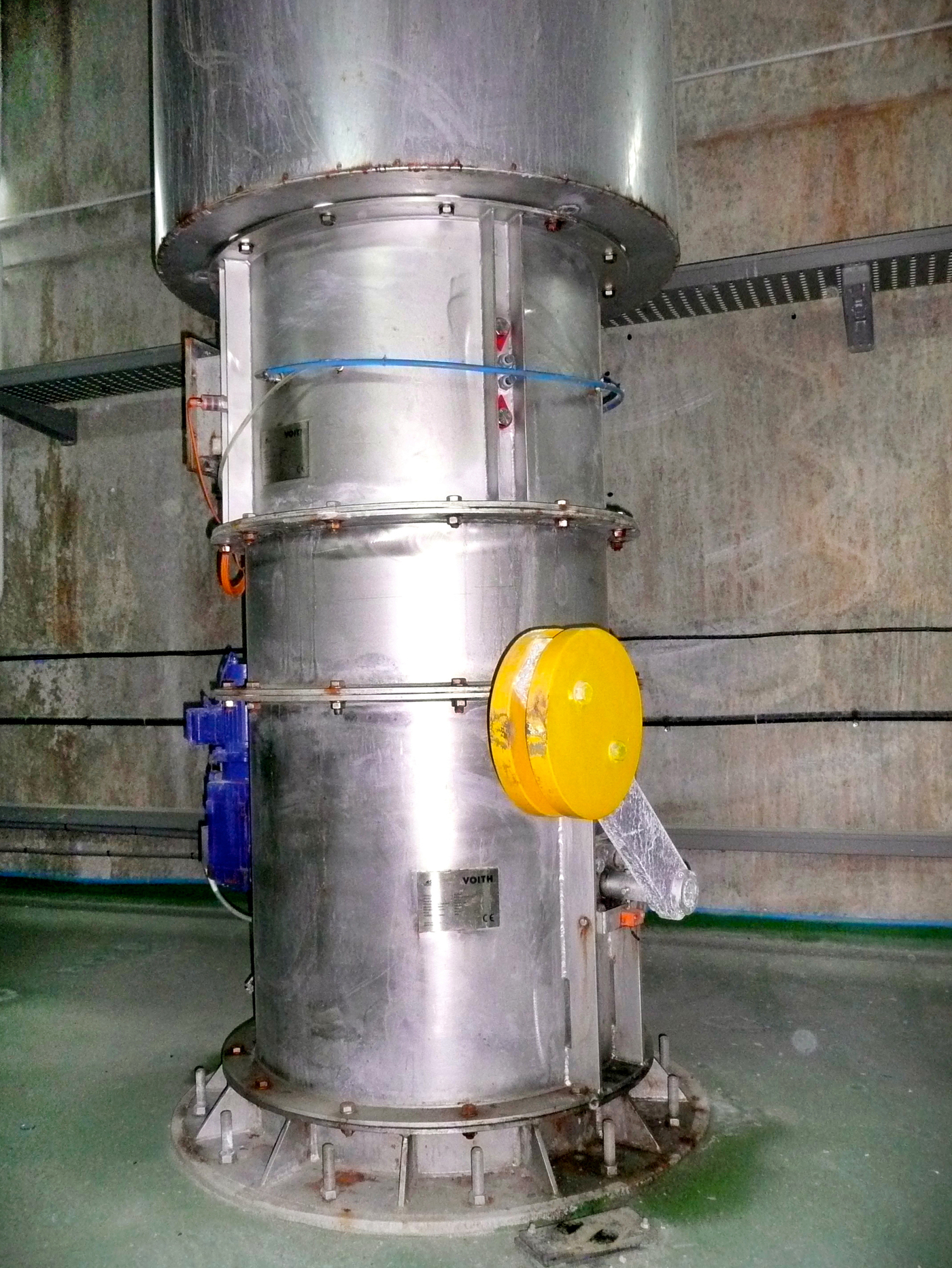 One of the 16 turbines inside the Mutriku breakwater, part of Europe's first wave energy plant.

Oregon Power Project Needs The Motion Of The Ocean

Now, this town's few thousand residents have a small beach that's protected from raucous waves that roll in off the Bay of Biscay. They can stroll down a pier and out over the breakwater. And hidden underneath their feet, Spanish scientists like Gloria Etxebarria are busy generating electricity from these powerful waves.

"The government decided to build a breakwater to protect the harbor of Mutriku. And so making use of that decision, we decided to put there our wave energy plant," Etxebarria says.

She is a renewable energy technician who specializes in marine power — electricity generated from tides or waves. It's a relatively young industry that Spain is exploring after investing heavily in solar and wind power for decades.

Inside are 16 turbines that spin inside chambers with each wave that rolls in. They use technology called OWC — oscillating water columns.

"We have some chambers, and when the wave arrives, it pushes — the wave pushes, compresses the air inside the chambers. So the air goes through a turbine and drives it, which in turn drives an alternator, so producing electricity," Etxebarria says.

Saltwater would corrode the turbines pretty quickly and require expensive repairs. But the water doesn't touch them; only air does, pushed by the waves underneath.

Beyond The Renewable Energy Bubble

The Mutriku plant connected its turbines to Spain's power grid two summers ago, making it Europe's first commercial wave plant. Since then, similar technology has been used in Scotland and the Azores.

The plant cost the regional government just under $3 million to build beyond the cost of the breakwater, which was going to be built anyway. It has a capacity of about 300 kilowatts — supplying power to about 600 residents.

That's very small compared with Spain's wind and solar capacity, which on sunny, windy days can generate up to 70 percent of the country's electricity.

But just like Spain's construction bubble, there has been a renewable energy bubble here too. It popped when Spanish lawmakers slashed the budget back in January, says Gonzalo Escribano, an energy economist at Madrid's Elcano Royal Institute.

"Because we got a bubble mainly in the solar power, what they said in January is now we've got a moratorium. What does it mean, moratorium? Moratorium means no new installations will receive support. That's it," Escribano says.

In the boom years, the Spanish government offered generous subsidies for renewable energy; now those are gone. So big, expensive solar plants aren't as attractive as small-scale experimental projects like the Mutriku wave plant.

Ironically, the economic crisis could mean a blossoming of different types of renewable energy here now that subsidies for wind and solar are gone, Escribano says.

"You've got a lot of energy sources, and you will need all of them. You will need conventional, you will need new energies, and the more you get from anything, the best. So you have to pursue all the paths. Perhaps in some technologies, your path is leading nowhere, but you will never know until you're there," Escribano says.

It took Spain's wind energy industry about 30 years to get close to being competitive with natural gas, so it could be decades before we know how successful wave power might be here.

Spain is desperately searching for an industry to replace all the jobs lost when the construction sector collapsed. Unemployment tops 25 percent.

"Construction is low capital intensive, high number of jobs. Renewable energy is capital intensive. But in the end, it creates added value that will be recycled through other activities that will create jobs," says Juan Goicolea, the vice minister of innovation and technology for the Basque regional government, which oversees the Mutriku wave plant.

The renewable sector hopes to create more than 200,000 "green jobs" in Spain next year, and 3 million across Europe. That won't make up for Spain's lost construction jobs, but it's a start.

Etxebarria says the lean economy can sometimes force scientists to get creative. Government subsidies used to create incentives, but now the field is wide open.

"So we are looking for new ways of doing something," Etxebarria says.

Like stashing high-tech wave energy in a hollow pier — and powering the local economy with it.