Accessibility links
Online Videos: Not Just Made By Amateurs Anymore : All Tech Considered This year has seen an explosion of professional online videos, eclipsing home videos of cats and babies. In 2012, 8 of the top 10 YouTube videos were professional — and Hulu, Netflix and multichannel networks like MiTu all produced exclusive new programming. 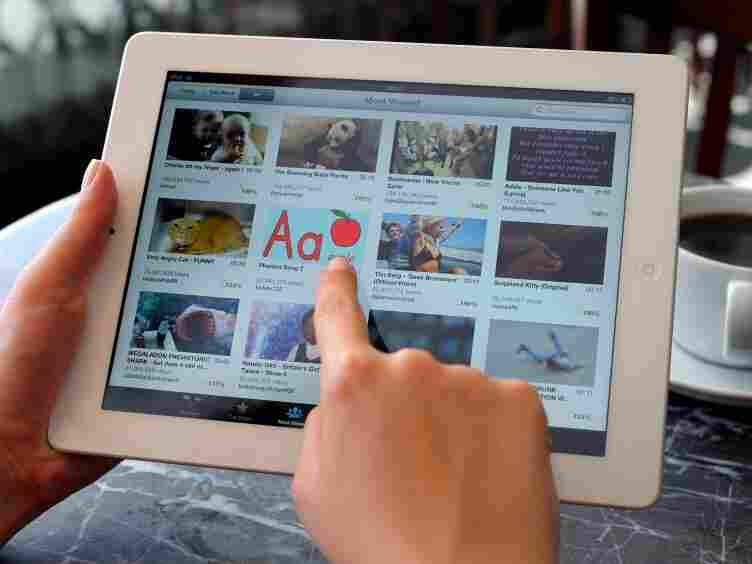 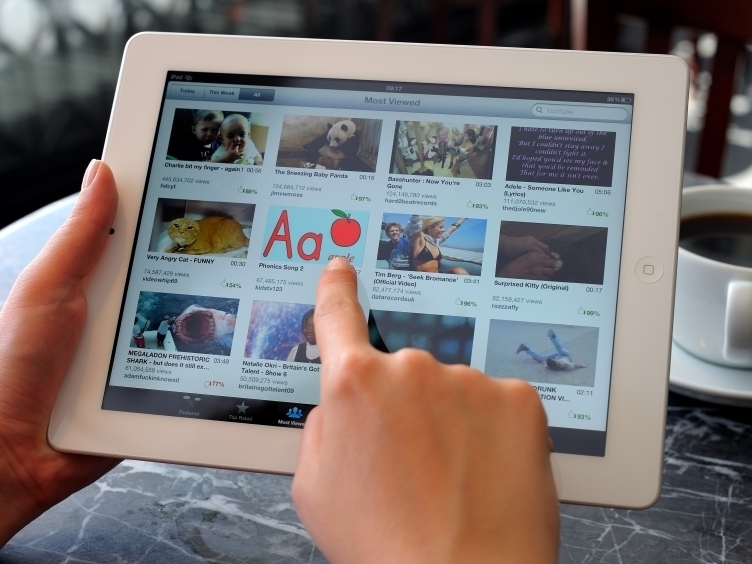 If you've noticed that there was more to watch online this past year than old TV shows and puppy videos, you would be right. This year, there was an explosion of professionally produced videos that were made just for the Internet. Sites like YouTube, Hulu and Netflix all produced exclusive new programming in 2012.

Mark Suster, an investor, says this is where the Internet is going.

"People in America watch on average 5.3 hours of television per day," he says. "We know what the future of the Internet's going to be ... It's going to be a great, big video platform."

Suster has bet a lot of money on being right. His venture capital firm, GRP Partners, has invested millions of dollars in companies that create professional online video.

Among those companies is Maker Studios, which garners a total of 2 billion views a month for its talent. Its roster includes online sensations such as Kassem G and Epic Rap Battles of History. This year, it added Snoop Dogg to its lineup.

Suster says his bet on the company is paying off.

"Three-and-a-half years ago there were no employees," he says. "Maker Studios alone now employs more than 300 people."

Suster says next year, Maker Studios is expected to bring in more than $100 million in revenue.

There's a new name for studios like Maker. It's being called a "multichannel network," or "MCN." An MCN is an umbrella for a lot of different producers. It cross-promotes them online and gets ads for the videos on YouTube.

This year saw the launch of some new multichannel networks like MiTu, a bilingual network that focuses on lifestyle topics like recipes, makeup and money management. "I think this has been a transformative year," says its co-founder, Doug Grief.

MiTu is a bilingual network that focuses on lifestyle topics like cooking, makeup and money management.

Grief has spent most of his career in traditional television. He says that until this year, it wasn't really cool among his TV and film colleagues to talk about content for the Internet. But now, says Grief, "everybody in our business in Los Angeles and in Hollywood is talking about, 'Well, what are you doing on the Web?' "

Grief says that since MiTu's launch last April, its videos have been viewed upward of 800 million times. And as much as traditional Hollywood may be talking about online ventures, Grief says MiTu is making new stars out of people who started out making home videos.

"It's really astounding that you have these little cottage industries that are popping up around the world, and the majority of them are women. Many of them are moms and wives, and they're running these quite successful businesses from their homes," he says.

Among MiTu's stars is Cris Ordaz. With her down-home good looks and practical makeup advice, Ordaz has garnered a big audience and a Honda sponsorship.

Another big online player is Hulu. Though Hulu is known largely as a subscription service that recycles old TV shows, this year Hulu launched its first original scripted drama, Battleground.

Battleground is Hulu's first original scripted drama series, and one of five original shows released this year by the streaming video site.

Andy Forssell, a senior vice president at Hulu, describes it as a funny political drama that wasn't quite right for network TV. Forssell sees the Web as a place to experiment with programming.

"To networks, that just doesn't seem to fit any of the models they have," he says. However, Forssell says Hulu executives thought "it was just a really interesting show and very well done."

Hulu backed five of its own shows in 2012, and it has more coming this year. Netflix — the other site known for streaming other people's shows — had its first original show this year.

Investor Mark Suster says these Web-based companies realize that is the way forward. "Their future cannot be tied to just aggregating content produced by other studios," he says. "They have to have some original content."

There are probably a few dog and cat stars who are bummed out about this. But for the rest of us, the year to come may bring more variety to our online menus.