Accessibility links
Tech Idea List: 5 Nerds To Watch In 2013 : All Tech Considered In Silicon Valley and around the world there are thousands of folks toiling away on new technologies, convinced that the thing they are building will transform the way we live. NPR's Steve Henn introduces us to five techies whose research and work he'll be keeping a close eye on in the coming year.

When Steve Jobs died, there was a lot of talk about who would be the next Steve Jobs. But the truth is, rarely can one person reshape the future. And breakthroughs are almost never the work of corporate titans.

Still, new technologies and the people who create them can give us a glimpse of what our future might look like. So as we head into 2013 here are my picks of five interesting technologists to keep an eye on.

In Silicon Valley and around the world there are thousands of folks toiling away on new technologies, convinced that the thing they are building will transform the way we live. And sometimes they are right.

Regina Dugan says there's a lesson in that. As she told a TED conference last year, "You should be nice to nerds. In fact I'd go so far as to say if you don't already have a nerd in your life you should get one."

Dugan is a huge fan of the nerd. She used to run DARPA, the Defense Department's Advanced Research Projects Agency. DARPA helped create self-driving cars and supported the invention of the Internet.

So I decided to take Dugan's advice and introduce you to five techies whose research and work I will be keeping a close eye on in the coming year.

Nerd No. 1 is Dugan herself. At DARPA she oversaw a diverse group of projects — from developing a space glider that flies at 20 times the speed of sound to research into what it would take to bring high-tech manufacturing back to the United States.

Now Dugan is at Google, overseeing advanced research and technology for Motorola. She's keeping mum about what she's up to. I'm intensely curious — and we should hear more soon.

But in the meantime, on to nerd No. 2 — Babak Parviz. Ten years ago when he was a newly minted professor working on nanotechnology, Parviz would get up every morning thinking about his work and blindly groping his way to the bathroom to put in his contact lenses.

It wasn't long before he wondered if he could put tiny circuits on a contact lens itself. "What would that enable?" he wondered.

Ten years later, he is still working on it. "That got us started on a pretty interesting journey," he says.

Now Parviz is developing smart lenses that can talk to devices like your phone and display text. Other lenses could read body sugar levels someday. And a few are operated with such low power they can run on solar.

Parviz now splits his time between the University of Washington and Google, where he founded Google Glass. Google Glasses are smart, wirelessly connected glasses. Think of them as another tiny screen but this one is less than an inch from your eye.

Meet nerd No 3. Andreas Raptopoulos is willing to admit his idea is kind of out there.

It is called Matternet. And Matternet might be easier to understand if we start with the problem it's trying to fix.

They are cut off from doctors and medicine. There is no mail, no trade. So Raptopoulos wants to build an automated network of lightweight drones to carry small packages.

In much of sub-Saharan Africa, conventional phone service never arrived. The miles of wire needed to make it work were never strung. Instead mobile phones came first. Raptopoulos wonders if something similar is possible in transportation.

That is the idea behind Matternet. The drones would move matter like the Internet moves bits. And Raptopoulos argues the cost would be minuscule compared with paving over a huge portion of the planet.

But not all nerds are radicals. Some are trying to just tweak what already exists and make it more powerful. That's the case with nerd No. 4 — Gina Bianchini, the founder of Mightybell.

2012 was a tough year for social Internet companies. But Bianchini believes this wave is just beginning. With Mightybell she hopes to unlock social media's power by helping small groups of people organize easily and quickly in the real world.

The largest social networks today are really broadcasting platforms, where anyone can reach a large audience of friends or followers.

In the real world, the most effective groups tend to be smaller — and built around a common purpose. If I build a great book club or baby-sitting co-op, Mightybell hopes to help you clone what I've done online and re-create a similar group in your own community.

This isn't Bianchini's first shot at trying to unlock social media's untapped potential. She was the co-founder and CEO of what was once one of the hottest social networks in Silicon Valley — Ning. She appeared on magazine covers and Charlie Rose. Ning was valued at close to $1 billion. And then came the fall. Bianchini exited unexpectedly. Ning ended its free service. Growth stalled, and ultimately Ning was sold for a fraction of its former value.

But in that great Silicon Valley tradition, that didn't mean the end for Bianchini. Today she is back. And she is as convinced as ever that the power of social media is largely untapped. 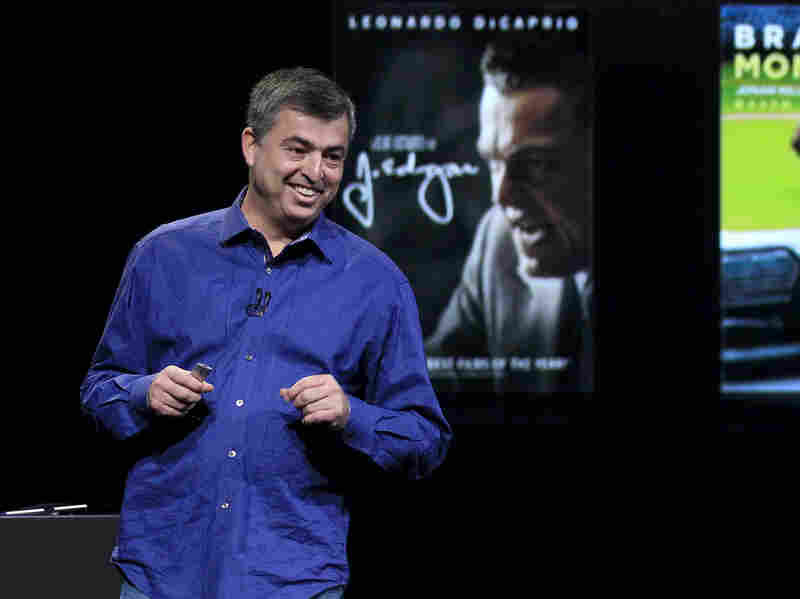 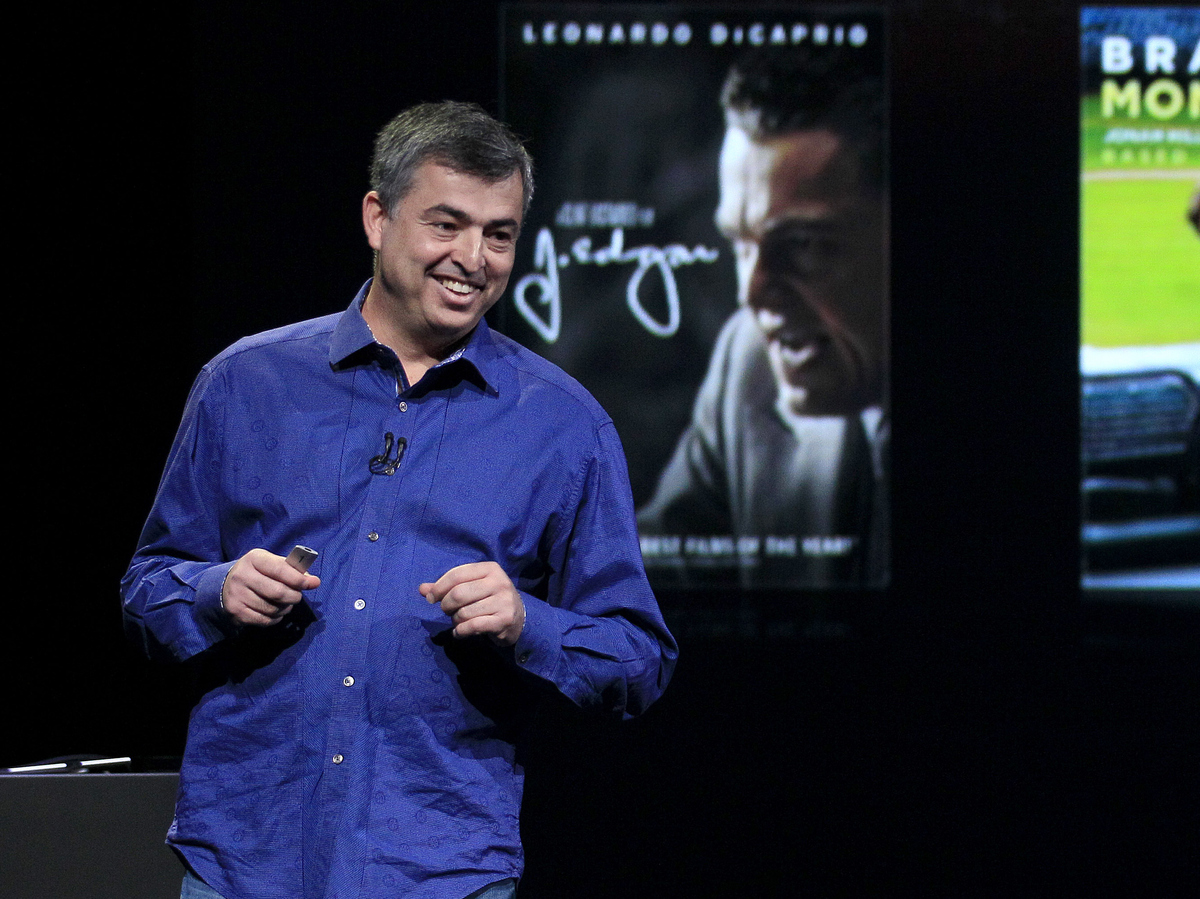 And my final nerd to watch — Eddy Cue — is perched on the top of the world.

Cue runs software and Internet services at Apple. His portfolio includes iTunes and the App Store. After the Apple Maps debacle last year and the departure of Scott Forstall, Cue inherited Maps, and Siri as well.

Apple became the wealthiest, most valuable technology company in the world by creating new categories of mobile devices and ushering in the post-PC era. But many analysts believe that dominating the businesses Apple helped create won't hinge on the design of devices as much as the quality of service those devices deliver.

We want our mobile phones to give us directions, tell us about our commute before we leave the garage and help us find the best places to eat. Those are areas where Apple arguably lags behind the competition.

It's Cue's job to catch up. And if Apple is going to create a new multibillion-dollar market by reinventing TV, Cue will play a big role there as well.

But he won't do any of this alone.

In fact none of the men and women I just mentioned do much of anything alone. As Parviz pointed out at a recent TED talk, "I would hazard a guess that the era of the solo star scientist is probably over."

Today's big problems are so complex — so interdisciplinary — that all of these people make their marks working in teams.