Accessibility links
Bump On The Road For Driverless Cars Isn't Technology, It's You : All Tech Considered New technology is getting us closer and closer to the point where cars will drive themselves. Automakers are testing and refining systems that will make this happen. But our love for control may keep us from riding in these cars anytime soon. 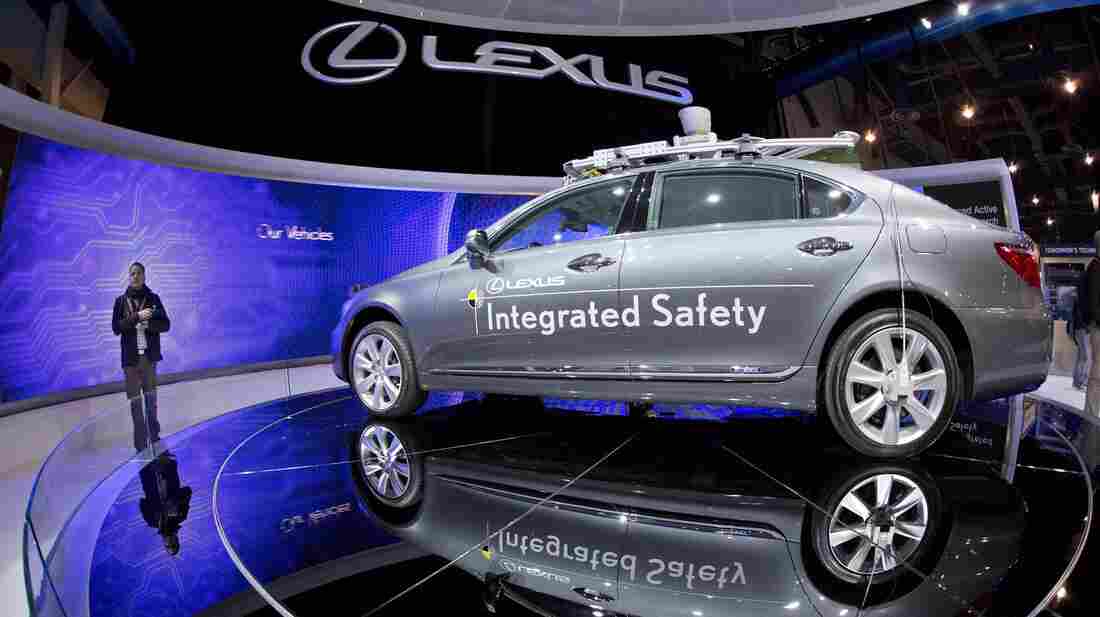 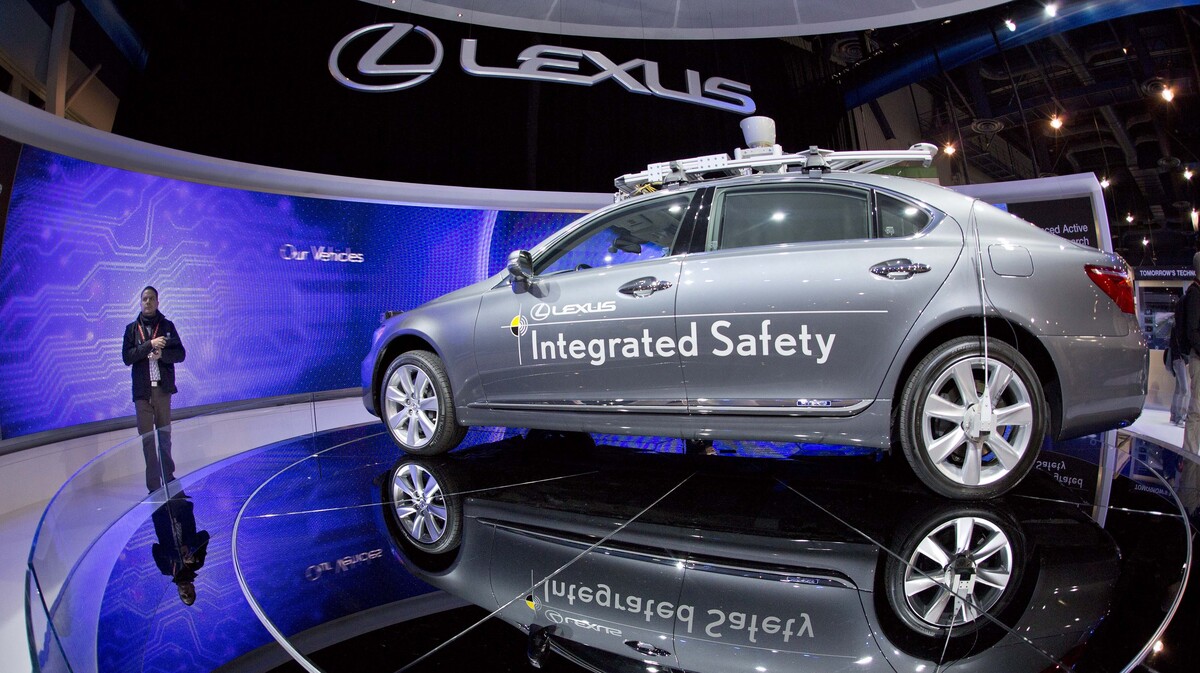 Car companies are picking up automobile concepts such as this Lexus SL 600 Integrated Safety driverless research vehicle, shown at the Consumer Electronics Show in early January in Las Vegas.

When you watch science fiction movies, you notice there are two things that seem like we will get in the future — a silver jumpsuit and driverless cars.

In the movie I, Robot, which is set in a futuristic 2035, Will Smith is sitting in the driver's seat of his Audi, relaxing and reading a magazine when he suddenly gets attacked by robots. Then the car, which is set on manual override, notifies him the obvious, "You're experiencing a car accident."

Jumping On The Band Wagon

Filip Brabec with Audi of America says the car company is still a couple of decades away from the film's depiction of technology, however, the car maker is navigating toward a new initiative.

It's become the first in the auto industry to test automated cars, in Nevada.

Although Google has been working on this for years with actual self-driving cars on the road, Google is not a car maker — yet.

Brabec says Audi is getting in on the game because it already has most of the building blocks for this type of technology.

"Adaptive cruise control, which now has a stop-and-go feature," he says. "We have a lane-departure warning, we have a lane-change warning. So we have a lot of systems inside the car that are sort of headed in the direction of assisting the driver."

The company is moving toward the next step — getting all those features to talk to each other, Brabec says.

Audi is working on eliminating some of the most mundane driving tasks, like parking.

Brabec describes the automated parking feature as a "valet situation," where you would be able to use your smartphone to communicate with the car and have it park itself in a parking structure.

That technology is here right now. But what's keeping all the cool stuff away from us?

Hitting The Brakes On Driverless Cars

For instance, Toyota, like many car companies, has adaptive cruise control, which allows to you drive at a safe distance without the use of the gas and brake pedals.

Lyons says most of us will have a hard time giving up control. But Toyota is working on car technology that isn't noticeable when driving, he says. The key is driving easier and safer.

In Other Car Technology News

"The first autonomous driving feature was antilock brakes," Lyons says. "So what it did is it stopped us from skidding in slippery conditions. So there's 1,000 times a second it's pulsing the brakes for you — things we as a human cannot even do, the car can do for us."

Toyota is advancing systems to keep you from hitting objects. An infrared camera, for example, allows the car to see farther down the road and sense when other cars are or aren't braking.

Jeremy Anwyl with Edmunds.com predicts in the coming years we are going to do less and less driving, and our cars will take care of the mundane predictable tasks.

"But what about the unpredictable?" Anwyl asks. "And this is where human beings still have an advantage over technology and computers is that we deal with ambiguity or unexpected situations much better than machines."

Anwyl says in the coming years, our insurance and legal systems are going to have to work out questions of liability.

Another factor, he adds, is the way driverless cars will need to communicate with other vehicles. For example, he says, autos at an intersection will need to make smart moves about who goes first and who will brake.

"Doesn't work too well when you're the only driverless car on the road and nobody else has that technology," he says.

The people we talked to in the industry say the switch will take at least 30 years — that's the bad news. But the good news is those scary robots will have to wait, too.