Accessibility links
When It Comes To Fashion, Shouldn't There Be An App For That? : All Tech Considered In fashion's first hackathon, developers had just 24 hours to build an app for the industry — the finalists will be presented on the runway at New York's Fashion Week. "Right now the industry could really use some innovation," says Decoded Fashion founder Liz Bacelar. 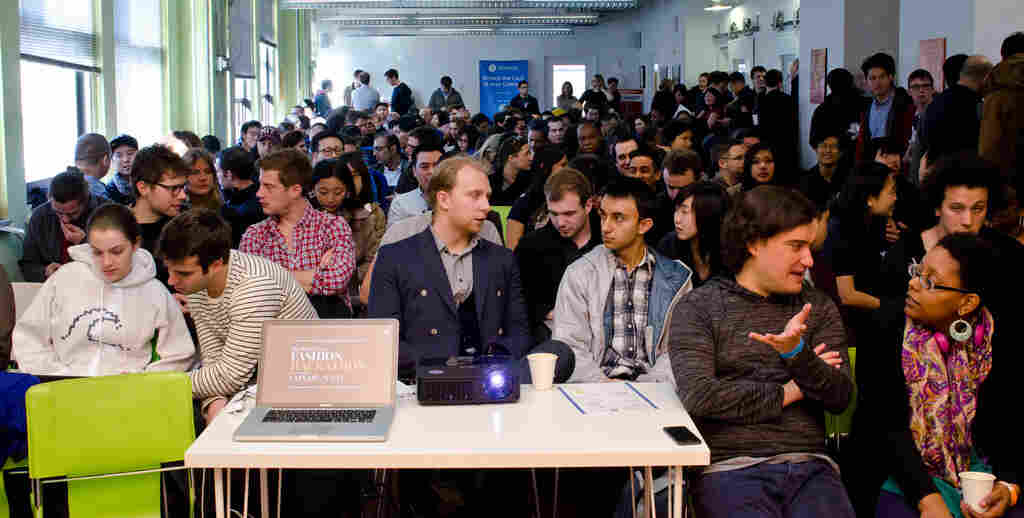 Thursday is the last day of New York Fashion Week, and some cutting-edge design will be presented in the tents at Lincoln Center — literally. Standing on the runway will be computer programmer types rather than models. This follows an event that kicked off Fashion Week — something called a "hackathon." 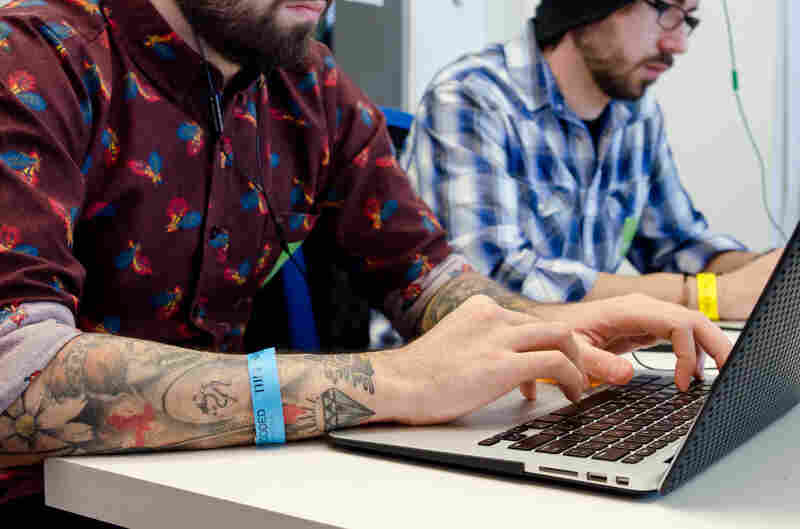 More than 550 people churned out 78 apps in one day as part of Fashion Week's "hackathon." Steven Lau/Decoded Fashion hide caption 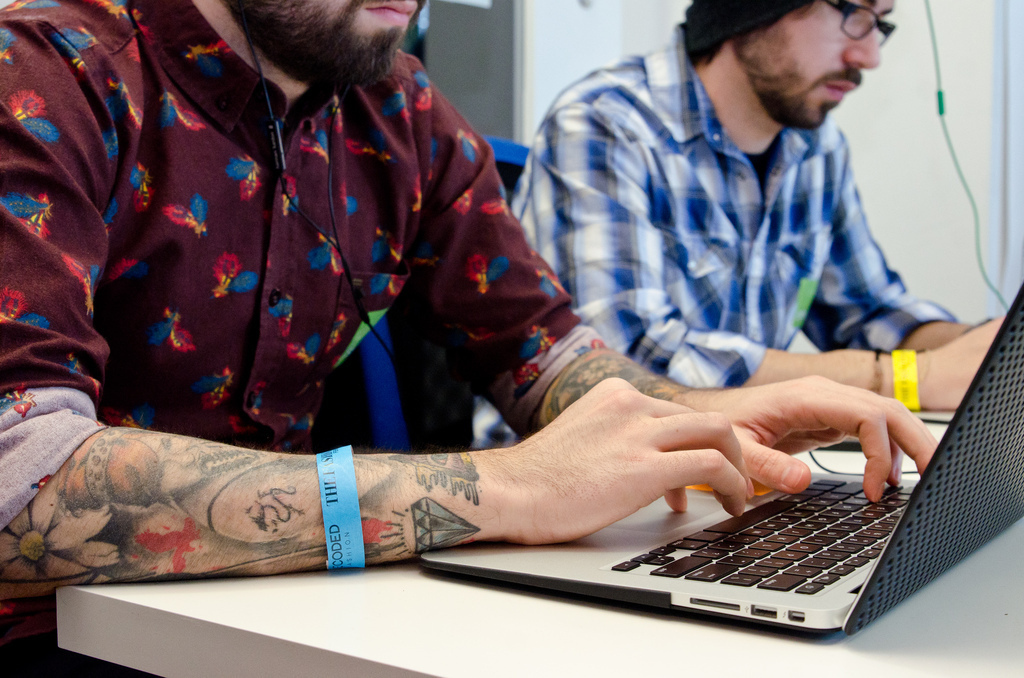 More than 550 people churned out 78 apps in one day as part of Fashion Week's "hackathon."

A hackathon, explains Liz Bacelar, is a "fast-paced competition in which graphic designers, software developers and people with ideas, they come together to build an app in 24 hours. "

"We brought together 550 registered people, and 78 apps were created in the matter of a day," Bacelar tells NPR's Renee Montagne.

Winners and runners-up win prize money. But what does this have to do with big companies strutting their stuff at Fashion Week? According to Bacelar, the industry is less tech-savvy than it could be.

"The interesting thing about fashion is they [the companies] are trendsetters, right?" says Bacelar. "But right now the industry could really use some innovation. They have kind of lagged behind in technology and how to run a business in a lean way using the power of tech. So we came up with the idea of leveraging technology in a very quick way, to pitch them ideas for them to consider trying." 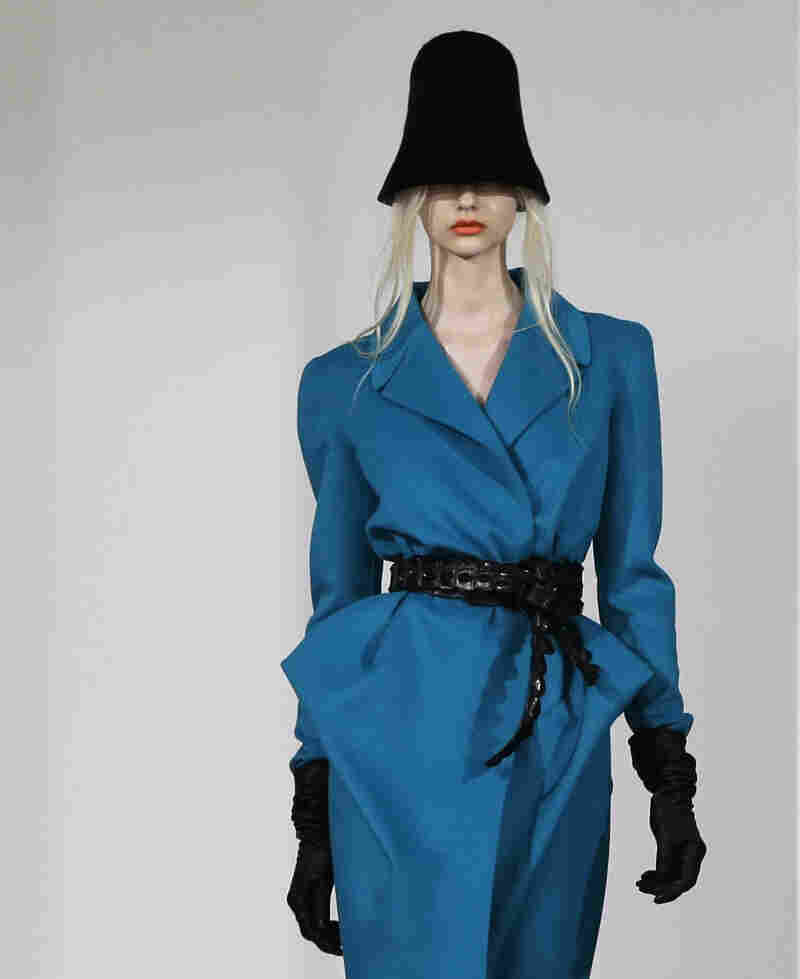 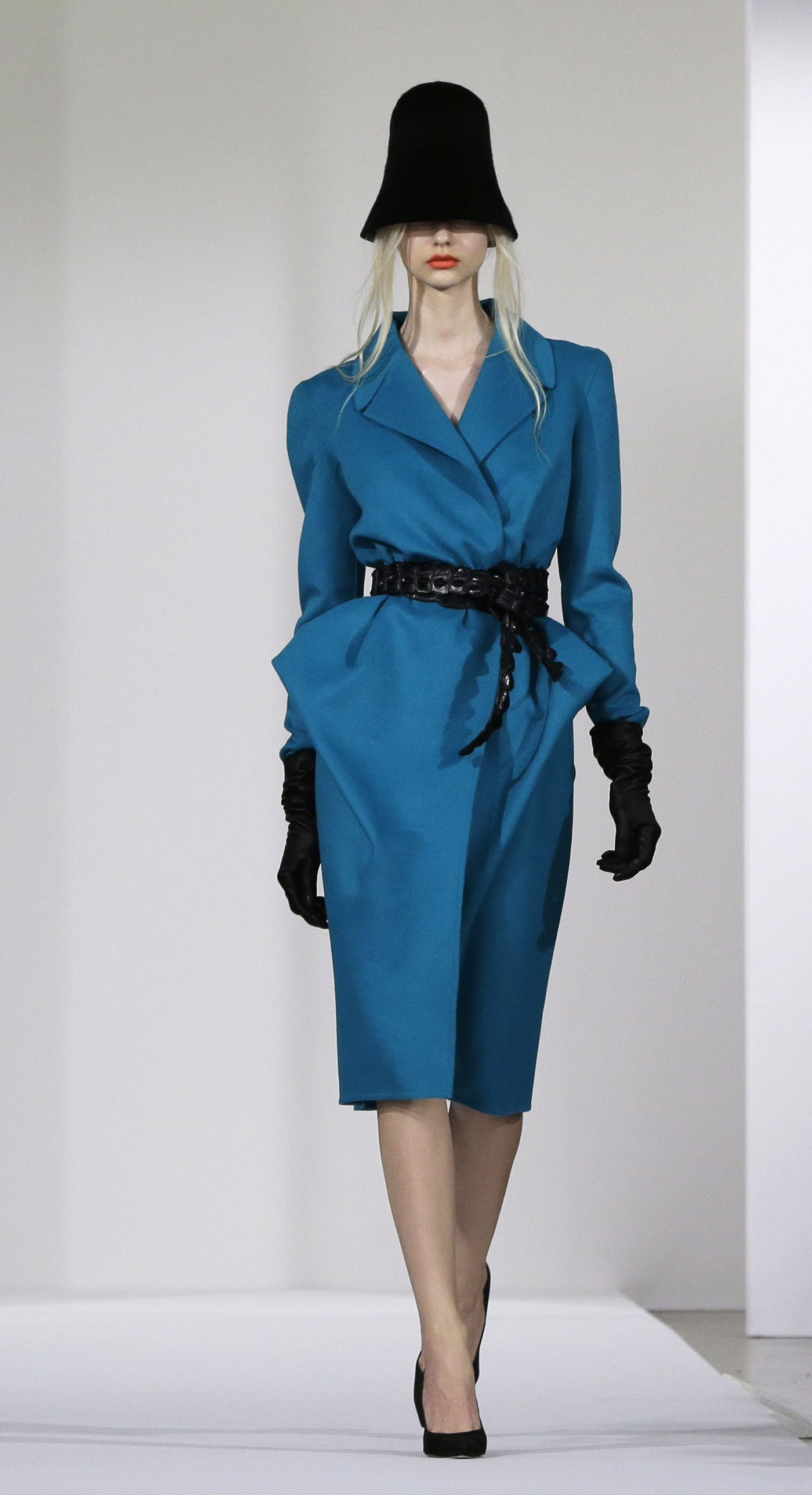 Fashion from designers like Oscar de la Renta were on display at Fashion Week in New York.

And, Bacelar says, the biggest and oldest companies have a lot to learn from new fashion startups.

"What happens with the fashion industry is you have the designers showing their collections, you have the buyers placing their orders, and you'd be surprised that a lot of top, top brands, they use very little to no technology. And you have startups, like small companies, they are launching brands online and reaching revenue much faster."

Bacelar says that she sees two trends emerging from the tech industry that could prove very useful in the world of fashion: 3-D printing and visual search.

"We know that in the past 10 years, [3-D printing] has been used for machine parts, for airplanes, and now in the past couple years ... jewelry and metal. We see keys, we see rings being printed."

And something else is being printed, now, too: fabric. Bacelar has seen designers begin to incorporate 3-D printing into their designs — something that she says bodes well for U.S. manufacturing.

"I think [designers] are going to go to hardware — the buttons, the zippers, and consequently, more and more of this manufacturing comes back to the U.S., because it's very complex manufacturing." 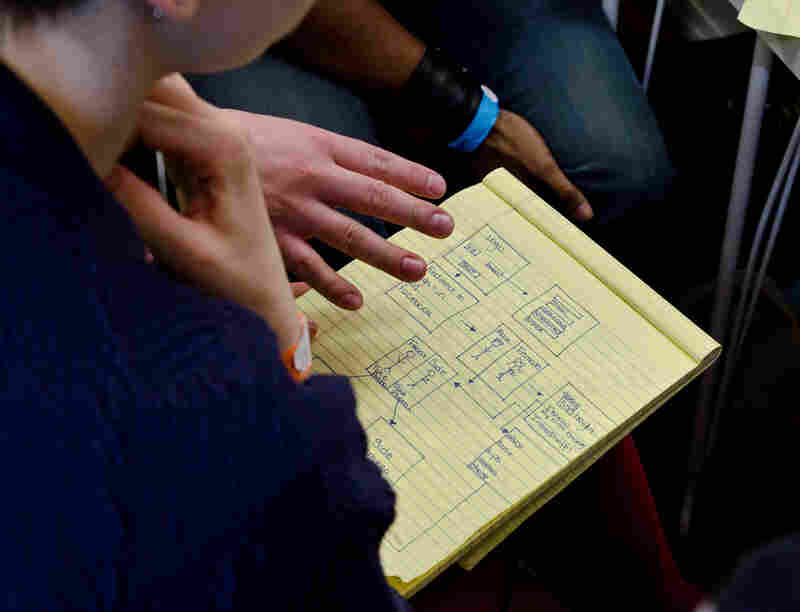 Participants in The Fashion Hackathon sketch out plans for an app. Fashion industry giants are beginning to look to tech-savvy new startups for inspiration. Steven Lau/Decoded Fashion hide caption 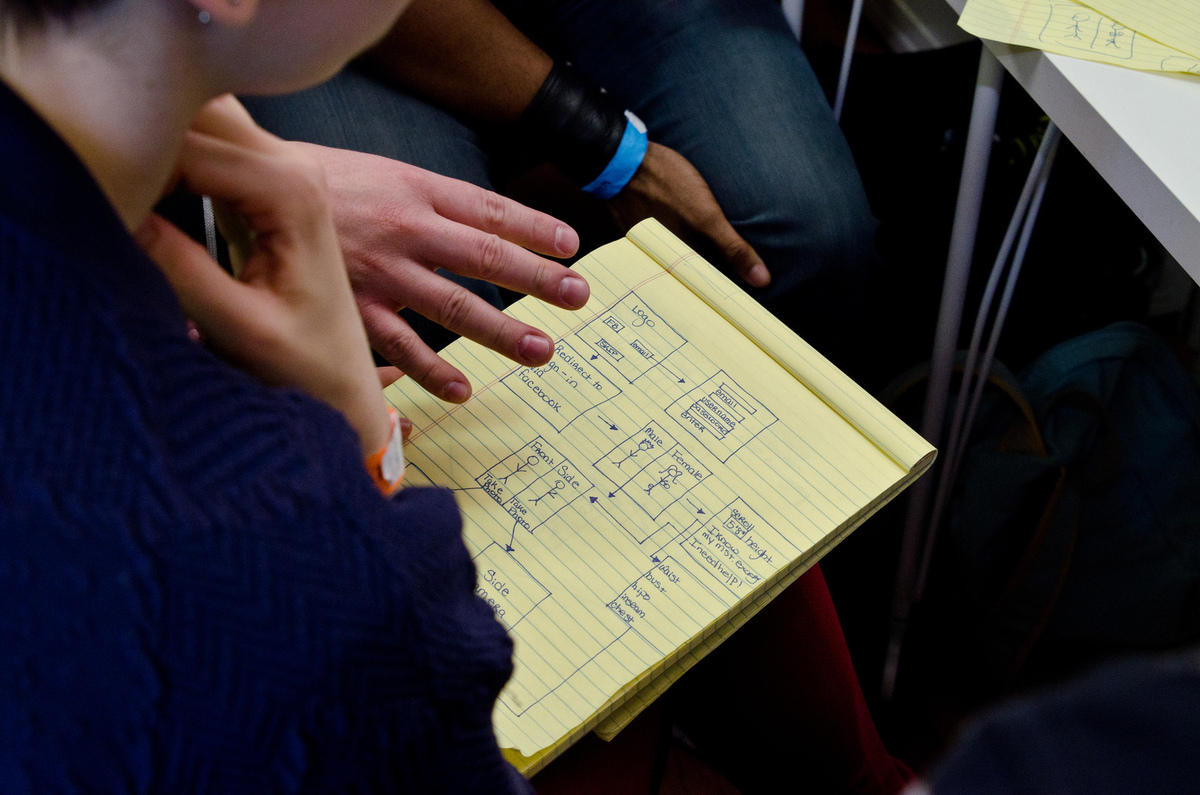 Participants in The Fashion Hackathon sketch out plans for an app. Fashion industry giants are beginning to look to tech-savvy new startups for inspiration.

With 3-D printing, printers will essentially become tiny factories. "You can have a dress with no seams," says Bacelar. "You design the dress in your computer, you hook it up to the printer, you put [material] that you want the dress to be made of, if it's silk or whatever it is. It's so crazy to talk about it this way, but when you see it, the visuals are just incredible."

Another trend that Bacelar is excited about is visual search.

Bacelar says this year's Fashion Week, and the hackathon, finally bring fashion and technology together. "There's a lot of misunderstanding on both sides," she says. "On the tech side, we keep building solutions that we think the industry needs, but we don't quite know exactly how the fashion industry works. So from the fashion side, they have these problems, and they just don't know how to solve them, and the conversation never happens. So it's happening for the first time, and it's quite exciting."