Accessibility links
New Service, Aereo, Streams Broadcast TV Networks Live Over The Internet : All Tech Considered Backed by broadcasting powerhouse Barry Diller, a new service picks up broadcast TV signals and makes them available over the Web — and the TV networks don't like that one bit. Currently available only in New York City, Aereo is planning to expand ... if it makes it through the legal challenges. 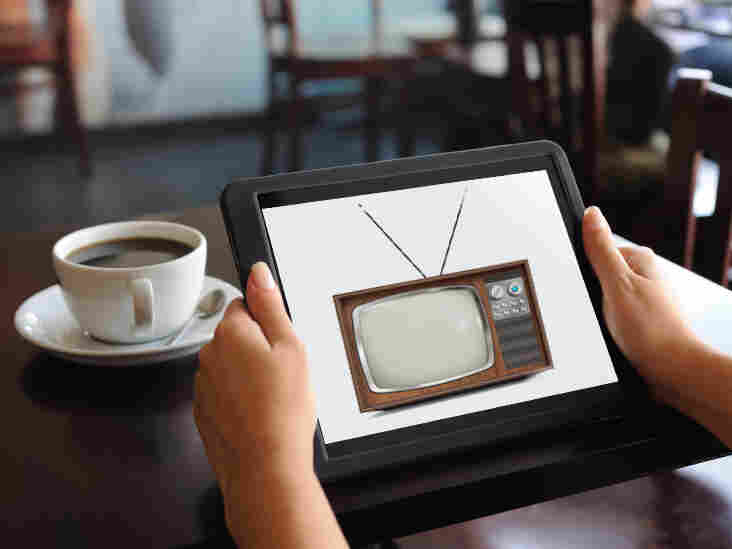 Aereo allows users to connect to a distant antenna — a tiny device that acts like an old set of rabbit ears — and watch broadcast TV channels on their computer, tablet or smartphone. Currently the service is available only in New York City, and it's embroiled in legal complications. /Source images from iStockphoto.com, composite by Camila Domonoske hide caption 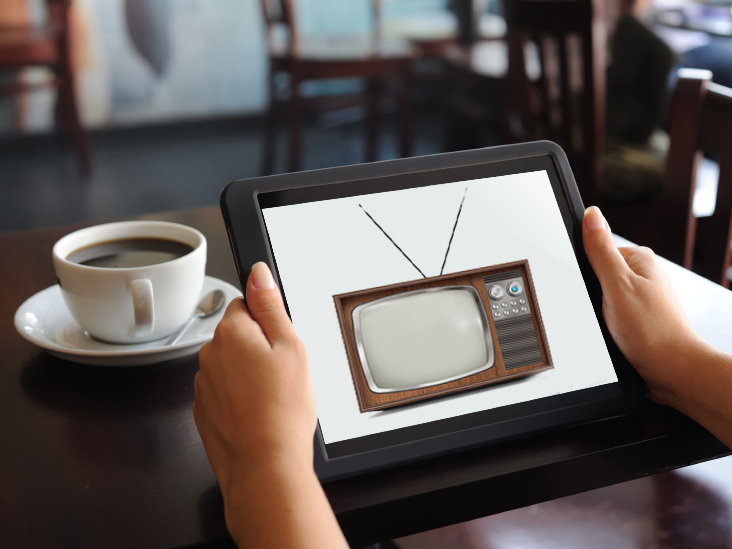 Aereo allows users to connect to a distant antenna — a tiny device that acts like an old set of rabbit ears — and watch broadcast TV channels on their computer, tablet or smartphone. Currently the service is available only in New York City, and it's embroiled in legal complications.

An antenna or a provider: For nearly all Americans, those are the only two ways to access live network TV. Anyone within range of a transmitter can hook up rabbit ears to tune in to ABC, NBC, CBS, Fox, and other broadcasters, while cable or satellite subscribers get local channels through their subscription.

But New York City residents now have a third option, a new service called Aereo that allows its users to watch broadcast TV over the Internet. The service, which is currently only available in New York City, is backed by broadcasting mogul Barry Diller and is causing waves ... of lawsuits.

Rich Jaroslovsky is writing about Aereo for Bloomberg News, and he joins NPR's Steve Inskeep to discuss the service.

"It's a very interesting company," Jaroslovsky says. "In each locality where they're going to be operating, they have a data center with thousands of tiny antennas, just like the ones that you'd find on many rooftops. The antennas pull in the over-the-air broadcast signals and then stream it to you over the Internet."

As with traditional TV, a broadcast station sends its signal over the air, an antenna interprets it, and then data are transferred from the antenna to a screen. But with Aereo, that screen no longer has to be a TV. "This will stream directly to your smartphone or tablet, as well as [to a] TV if you have a Roku or an Apple TV," explains Jaroslovsky.

How We Watch What We Watch

Full access to Aereo costs $8 per month and allows users to record TV shows: "You not only get all the over-the-air TV signals in your home market, but you also get 20 hours of stored DVR programming," Jaroslovsky says. "So it's a combination DVR and over-the-air television for a fraction of what even a basic cable package would cost you."

Of course, with a cable package you can add hundreds of channels of cable TV, which Aereo can't provide. "[Aereo] set me up with a trial account, even though I'm not in New York, so that I could try the service for a while. I was pulling in 31 channels over Aereo. Definitely not the full range," Jaroslovsky says. "There was no Disney Channel, there's no ESPN, there's no HBO, and really for those services to start showing up on Aereo is going to take some resolution of all the legal challenges that are going on right now."

Those legal challenges are substantial; multiple companies are suing Aereo. "So far they have not prevailed," Janoslovsky says. "They attempted to get an injunction to shut the service down — they failed at that. They're appealing — it's now in the 2nd Circuit Court of Appeals — but in the meanwhile the company has not only continued to operate in New York City but has announced plans to expand to 22 more cities starting in the spring."

Jaroslovsky says the service poses a threat not only to the broadcast networks, but to cable providers, as well. Cable companies, he says, want users to pay for entire packages of channels, not pick and choose just the channels that they want. "With Aereo, you can get all the panoply of local stations. And then you could theoretically add apps to your smartphone or tablet so that you could then only subscribe to the channels that you actually want, as opposed to paying for a big package with many channels that you never view."

Depending on the outcome of the networks' lawsuits, this may be the future of TV-watching: live broadcast television streamed to your smartphone as easily as to your TV, no rabbit ears or cable provider involved. If you live in New York City, you can test out 31 channels on your favorite device right now; the rest of us will just have to wait and see.