Accessibility links
Amid Oscars Fanfare, Visual Effects Industry Faces Difficult Times : All Tech Considered In a business where effects-laden movies bring in hundreds of millions of dollars, many of the studios that create those effects are barely staying afloat. 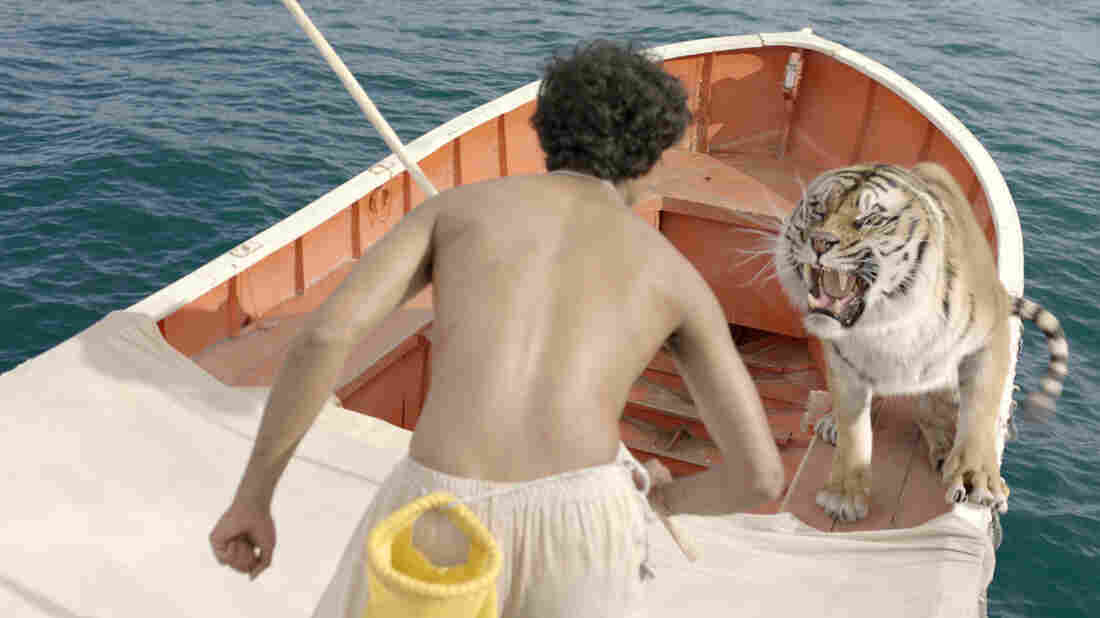 Life of Pi won an Oscar for Best Visual Effects, but the studio that helped bring to life the tiger Richard Parker is now facing bankruptcy in a increasingly volatile industry. AP via Twentieth Century Fox hide caption 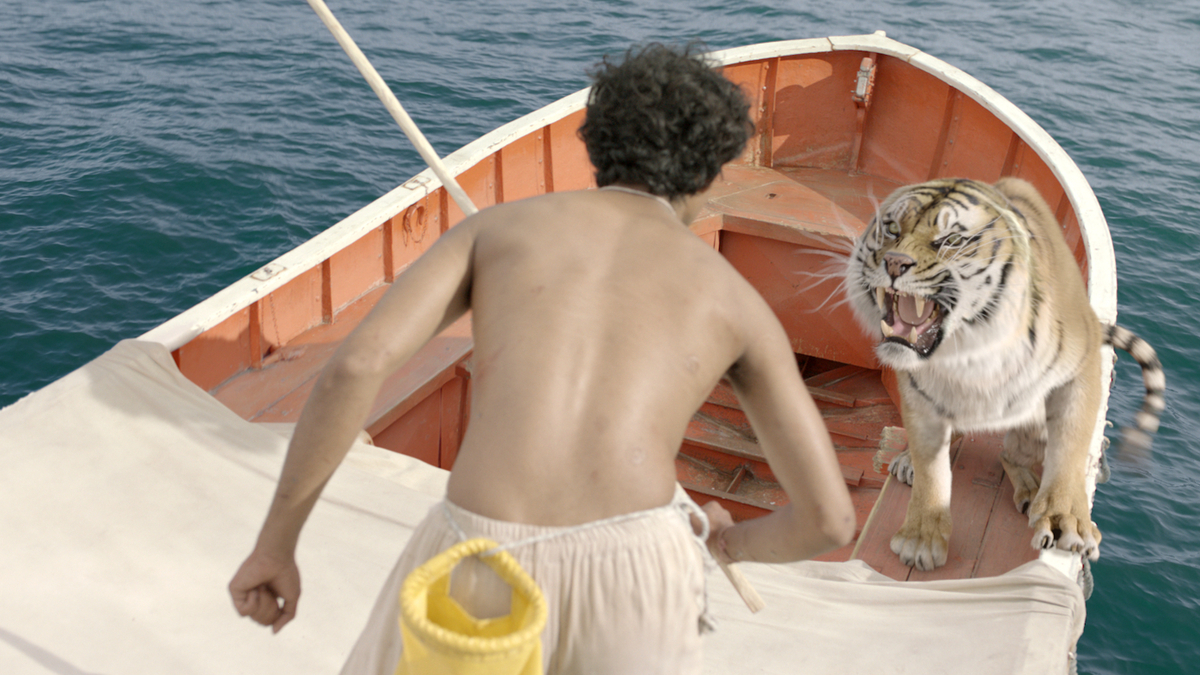 Life of Pi won an Oscar for Best Visual Effects, but the studio that helped bring to life the tiger Richard Parker is now facing bankruptcy in a increasingly volatile industry.

In a business where effects-laden movies helped Hollywood make a record-setting $10.8 billion last year, many of the studios that create those effects are barely staying afloat.

Visual effects have been a part of the movie industry ever since Georges Melies went on his famous Trip to the Moon in 1902. These days, VFX studios do everything from putting a tiger in a lifeboat on an ocean voyage to choreographing the destruction of a New York City being defended by Earth's mightiest heroes. 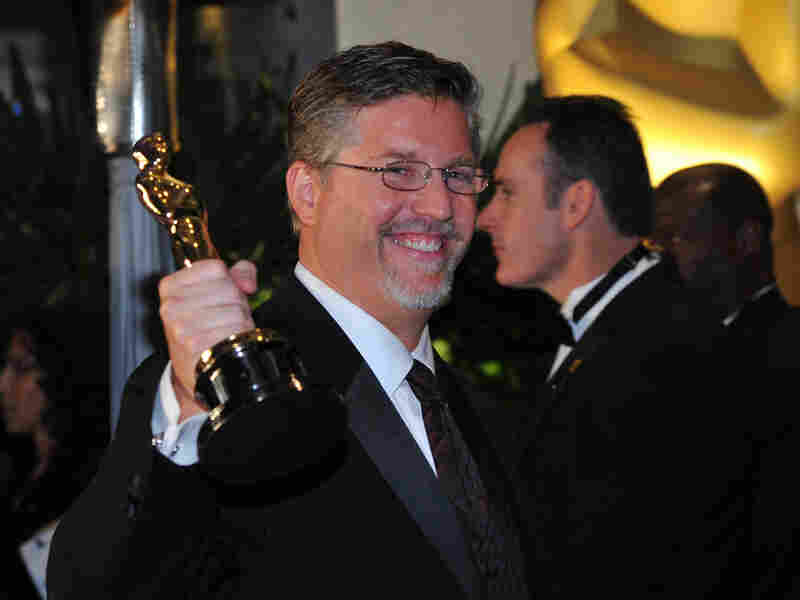 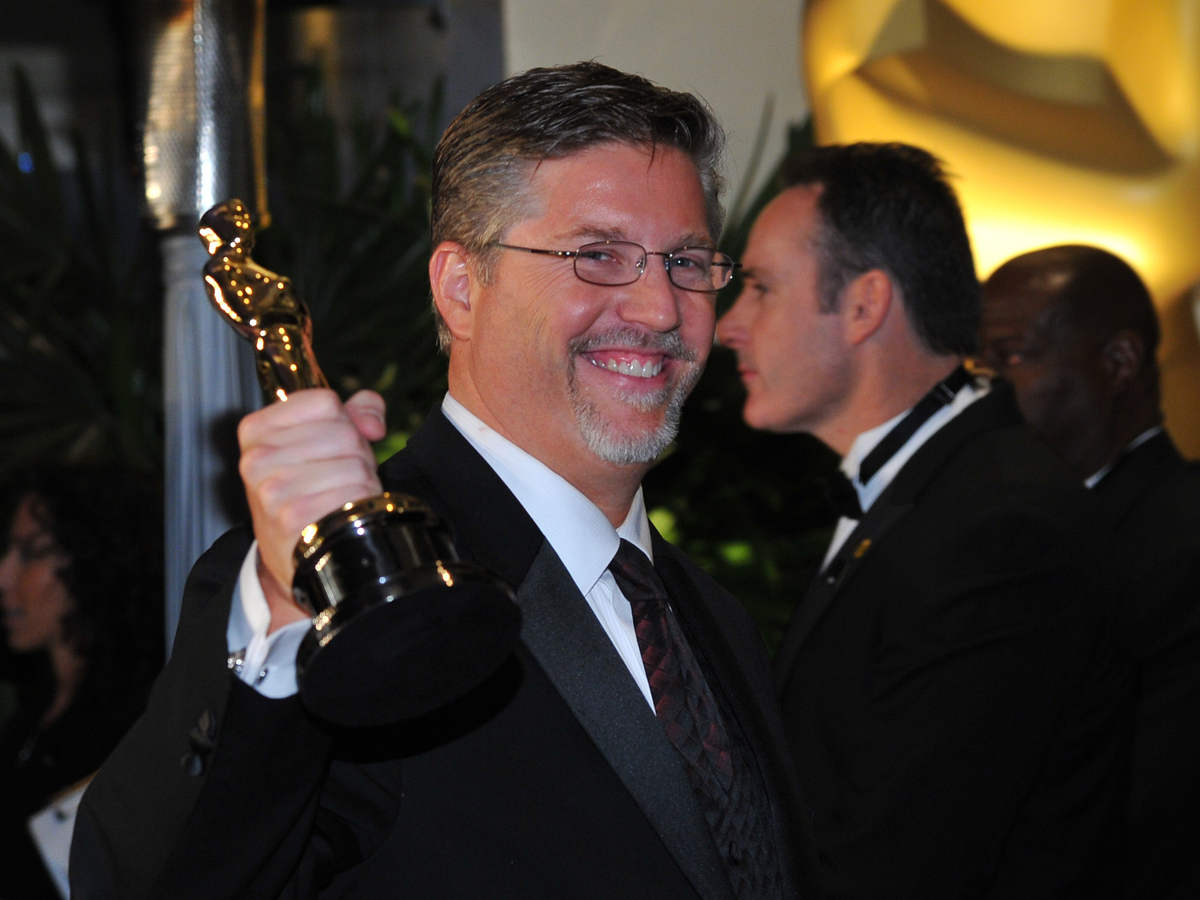 Bill Westenhofer, winner of best visual effects for Life of Pi, said backstage that the business model of the visual effects industry needs to change.

If you watched the Academy Awards on Sunday night, you might recall the ominous theme from the movie Jaws being used to usher off the stage visual effects supervisor Bill Westenhofer, whose team won an Oscar for Best Visual Effects for the movie Life of Pi. What you might not know is that Westenhofer was cut off before he could address an issue in Hollywood that many moviegoers might not know about.

"We have to figure out a way to fix the business model," Westenhofer later said backstage.

The studio Westenhofer mentioned in his speech before that booming, cello overture interrupted him was Rhythm & Hues, an L.A.-based VFX house that worked on Life of Pi, which has gone on to make more than $500 million in worldwide ticket sales. Despite that, Rhythm & Hues filed for Chapter 11 bankruptcy earlier this month and was forced to lay off hundreds of workers.

Many of those workers and their supporters protested outside the Dolby Theatre where the Oscars were being held, holding signs with slogans like "Foreign Subsidies = No LA VFX Jobs" and "End The Subsidies War."

Many countries pay millions to subsidize their film industry, including VFX work. Though many U.S. states do offer tax incentives for post-production work, the deals in places like British Columbia, which basically offers cash up front, are often better. The VFX community argues those foreign subsidies violate many international trade agreements, and are calling for an end to both foreign and U.S. subsidies.

The Oscars Broadcast, Zooming Way Past Cheeky To Land Squarely On Crass

"It's obvious these subsidies are really harming the industry and perverting it," said Scott Ross, a founder of Digital Domain and a former general manager for Industrial Light & Magic, in a Los Angeles Times article. Digital Domain filed for Chapter 11 last September.

Those subsidies are just one of the many complex issues facing the industry, along with the outsourcing of a lot of work with cheaper labor in other countries. Others have called for the VFX industry, one of the few non-union trades in the movie business, to unionize under the banner of the International Alliance of Theatrical Stage Employees.

"A lot of VFX studios are accepting work at insanely lower costs, not making a profit and barely breaking even to complete work for the movies," says Suzanne Cipolletti, a visual effects artist working in L.A. "There are a lot of studios filing for bankruptcy and artists are losing their jobs ... in some cases not being paid for the work [and] hours they've already put in."

On a thread on the social-media site Reddit, visual effects producer Daniel Chavez explained the industry this way:

"The problem is that you have 6 studios dishing out work to hundreds of companies. Imagine if you lived in a remote town of 100 people, where there were only 6 available women. The competition would be beyond fierce. The studios can't turn down the allure of tax credits, or cheap labor overseas, because even if you do understand the VFX process, everyone's boss has a boss, and they want you to spend less and get more."

Coupled with Westenhofer getting his message cut short, many in the VFX community were angered that director Ang Lee didn't thank the visual effects people that worked on Life of Pi during his acceptance speech for winning Best Director.

Cinematographer Claudio Miranda didn't mention the VFX firms onstage either when receiving his Oscar for the film, but backstage he said that he's sympathetic to the problems facing the industry. "I would hope that we could really support our effects companies, so we're not just riding the hairy edge of profit," Miranda said. "These guys did an amazing job ... I really think we should support these people if we can."

It's unclear how Hollywood and the studio system will address the ongoing issue with VFX houses, but a movement has started among artists in the industry to call for change.

Supporters of that movement are changing their Facebook and Twitter icons to a solid, green screen, what many say "90 percent of movies would look like without their work."