Accessibility links
Seeking A 'Field Of Dreams' For A Rising Drone Industry : All Tech Considered Drone developers in upstate New York and other regions are striving to be named official testing sites for drones as the FAA creates regulations for their use. 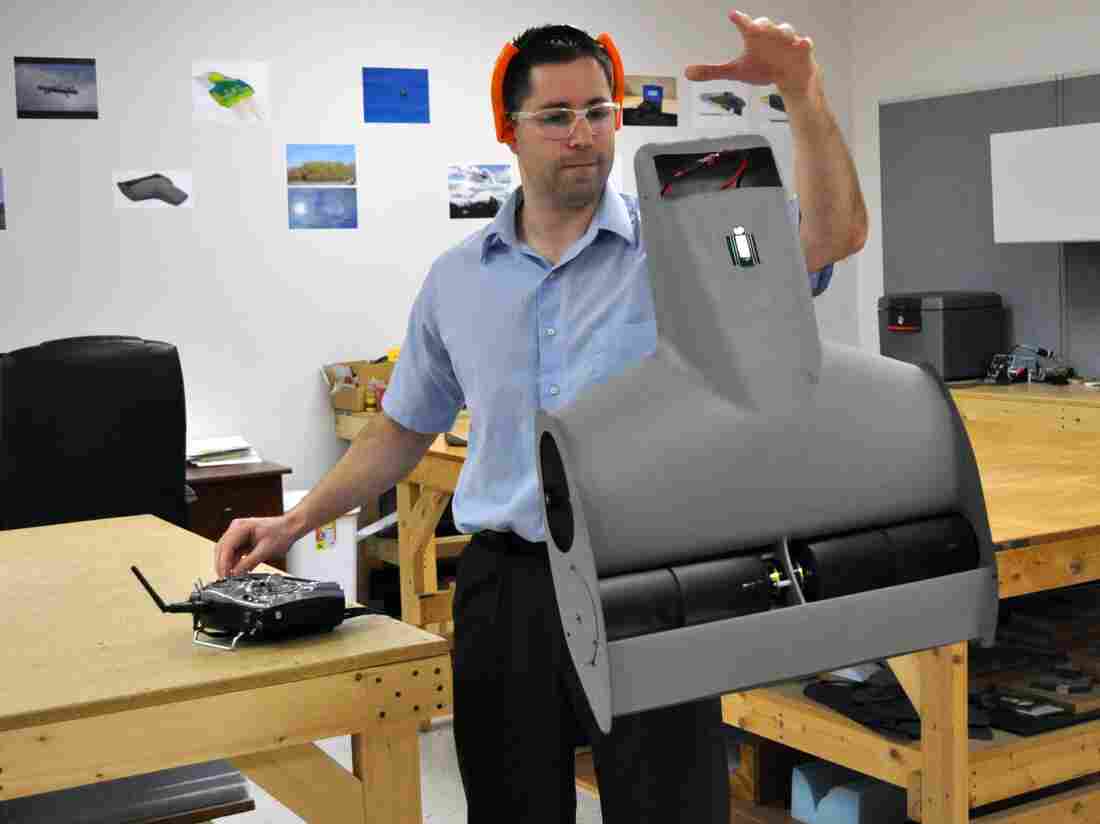 Joe Kummer, president of Propulsive Wing in Elbridge, N.Y., is rooting for having a drone test site in upstate New York. He says it could save him trips to the West Coast to try out new drone prototypes. Ryan Delaney/WRVO hide caption 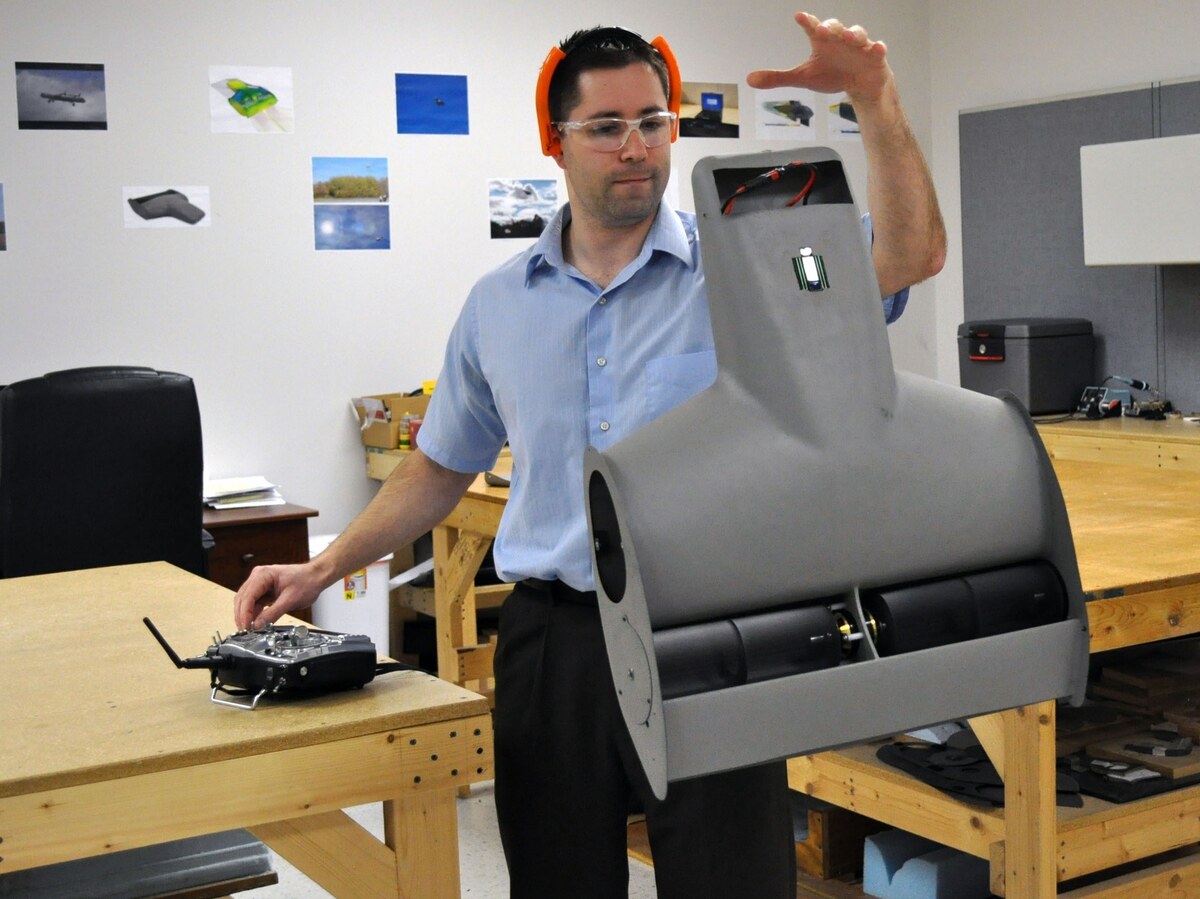 Joe Kummer, president of Propulsive Wing in Elbridge, N.Y., is rooting for having a drone test site in upstate New York. He says it could save him trips to the West Coast to try out new drone prototypes.

In three years, the federal government is expected to open the skies for the civilian use of drones. But before that, the Federal Aviation Administration will set up six drone test sites around the country. Stiff competition to get one of the sites is anticipated — driven by hopes of attracting thousands of new jobs.

Experts like Peter Singer, a fellow at the Brookings Institution, say current drone technology is where the computer was in 1980: The unmanned aerial devices have minimum functions and are mostly used by the military. But then computers got smaller, and the industry figured out endless uses for them. That's what's happening now with drones.

To prepare for the onset of drones flying over our homes, Singer says, Congress tapped the FAA to come up with regulations.

"The airspace, under the current schedule, opens up [in] 2015," he says. "And so we will see one of the most fundamental shifts in who and how you can use the airspace above us."

The FAA estimates there could be as many as 10,000 drones flying over the U.S. by the end of the decade — doing everything from cargo delivery to law enforcement to news gathering.

The way those drones communicate with air traffic control, airplanes and other drones — as well as rules about when and where they can fly — still needs to be straightened out. That's where the six test sites come in.

As Police Drones Take Off, Washington State Pushes Back

A Silicon Valley Of Drones?

A number of universities and defense contractors in upstate New York and Massachusetts teamed up last year to try to obtain a site.

Drones Over America: What Can They See?

Groups estimate the drone industry will create tens of thousands of new jobs in engineering and then manufacturing. A test site's selling point is economic.

"There's an awful lot of Field of Dreams; if you build it, they will come," says retired Air Force Maj. Gen. Bob Knauff, who leads the coalition in upstate New York. The hope is that landing a test site could turn the region into the Silicon Valley of drones.

"If you have one place, or two places or three places in the country where they can do all of the testing, you would expect the industry to grow around that," he says.

Knauff estimates the region will have to beat out at least two dozen other sites. Congressional lobbying may help with that.

He says upstate New York also has something unique to offer: tons of military airspace over the Adirondack Mountains, which already hosts training flights for Air Force drones.

"That's the crown jewel," Knauff says. "That's what makes us distinctive compared to some of the other places that maybe have some good industry or good academia, but they don't have that access to airspace. We do."

A test site could bring more business to companies that are already working on drones. Joe Kummer, president of Propulsive Wing, has been working on a prototype for six years. The model looks like a 3-foot glider with its wings chopped off.

Kummer is less bullish about the economic prospects of a test site. But he does admit it could provide partnership opportunities for his small company. "We freely admit we're pretty good at a couple of things: composite design and aerodynamics," he says. "What we don't have, because we're not a big company, is all the other stuff."

The possible uses, and economic potential, for drones may be clear, but the other big issue surrounding them — privacy — is less so.

Singer, the drone expert at Brookings, says that while the FAA is equipped to handle the safety aspect of drones, it can't deal with privacy.

"It's not in their space to handle. And they would be the one first to say, 'We can't do this alone,' " he says.

Those privacy issues have already caused the FAA to delay the test site program. Congress is just beginning to talk about privacy legislation. And nearly two dozen states are considering bills limiting police use of drones.