Accessibility links
Does Working From Home Work? It Helps If You Like Your Teammates : All Tech Considered Marissa Mayer's decision to ban working from home at Yahoo has sparked a debate about the effectiveness of teleworking. NPR's Steve Henn, who works a fragmented schedule from his Silicon Valley home, says research on what works is mixed, but success largely depends on the job and whom you're collaborating with. 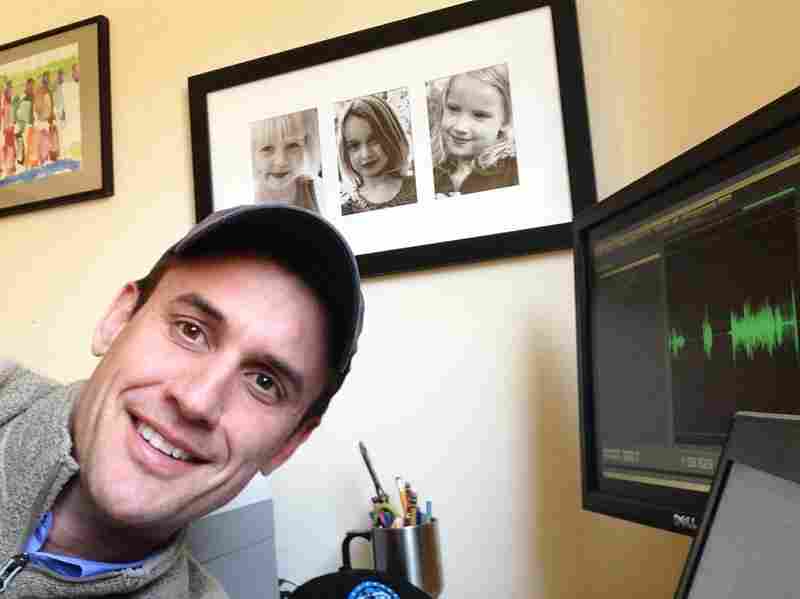 NPR's Steve Henn works from his Silicon Valley home. He says his fragmented schedule allows him to fit in time with his daughters. "It works for me because, in the end, the hours balance out — and I am in control of my time," he says. Steve Henn/NPR hide caption 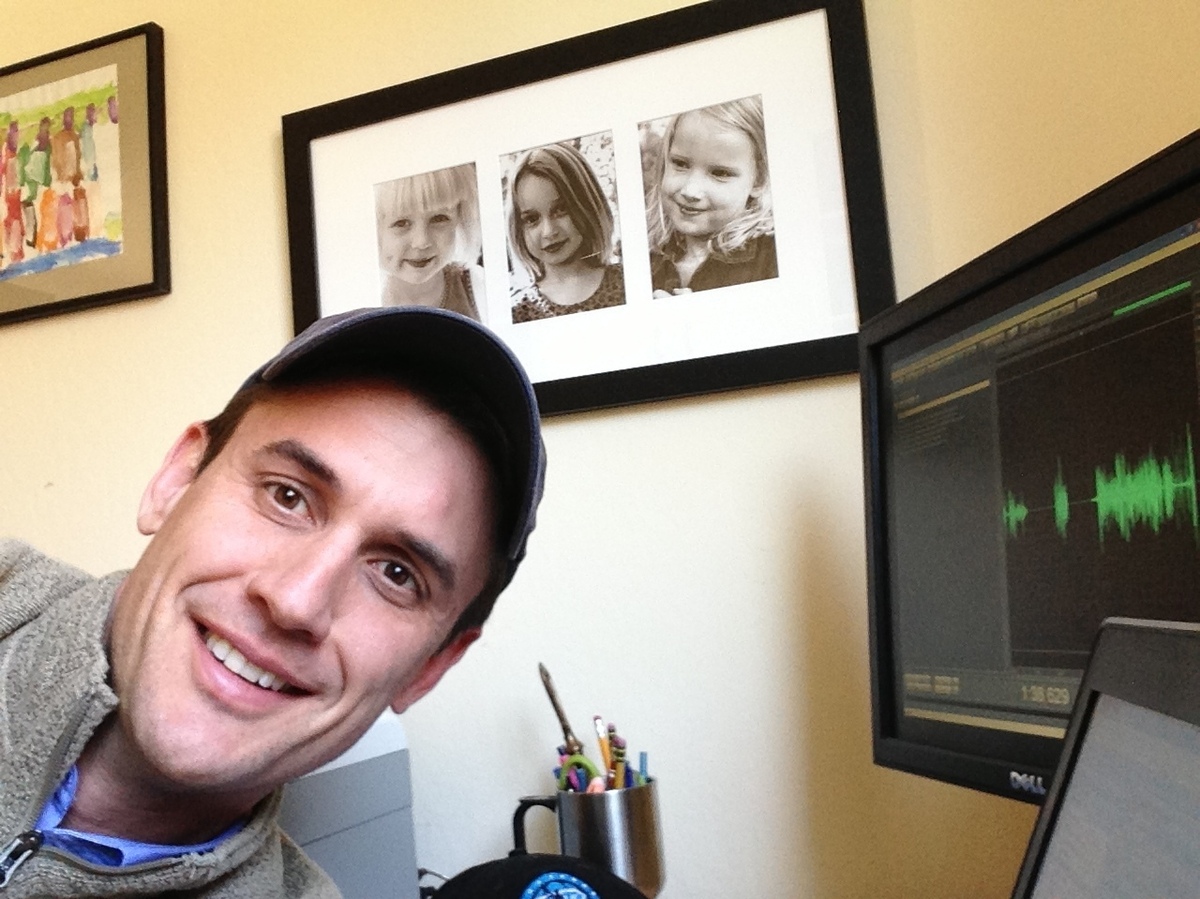 NPR's Steve Henn works from his Silicon Valley home. He says his fragmented schedule allows him to fit in time with his daughters. "It works for me because, in the end, the hours balance out — and I am in control of my time," he says.

Many of the articles about Marissa Mayer's decision to ban working from home at Yahoo eventually get around to mentioning that she recently added a nursery to her office.

But this is really not a women's issue. I don't think we should talk about it that way.

Men with families often get a free ride in these debates — and working women without kids often feel they are unfairly saddled with baggage that has nothing to do with their lives.

The real question — the one that matters — for Mayer as a new CEO of a struggling company and anyone with a stake in creating more flexible workplaces is this: Does working from home work?

I clearly have a conflict of interest on this one.

I work 20 paces down the hall from my bedroom. I commute in my slippers. I report to the office about 6:30 a.m. and right now it's 10 p.m. and I am still here, though it is not as if I've been working the whole day.

A colleague recently asked me if I sleep. I do, sometimes right in the middle of the day.

I also routinely sneak off and go for a run — or play ultimate Frisbee. (Don't laugh. In Silicon Valley it might be more useful than golf.) When my daughters come home from school I'm here — I might be working, but I can take a break for violin practice or math homework or to get a hug.

And I can write this because I am productive. And — so far — at least the folks at NPR have liked my work. It works for me because, in the end, the hours balance out — and I am in control of my time.

But we don't have to rely on my anecdotal experience. There are large bodies of research that address whether working from home works.

"Most creative people work best by alternating periods of collaborations and synergy with uninterrupted time to think things through," said Joan Williams, the founding director of the Center for WorkLife Law at Hastings College of the Law in San Francisco.

In a Stanford study published just this week, a researcher conducted a large-scale test of call center workers in China. One group was randomly assigned to work at home. The other remained in the office. Researchers found working from home led to a 13 percent increase in productivity. There were fewer breaks and sick days — and home-based workers answered more calls per minute.

But what if a job entails more than pumping out the information economy's version of a widget? What if you've been hired to design new products? What if your work is collaborative and creative? What if — as is so frequently the case — in order to succeed you need to become part of a dynamic team?

Alex "Sandy" Pentland is a computer scientist and a serial entrepreneur. Now at MIT's Media Lab, Pentland studies what it takes to build great teams. In an article last year for the Harvard Business Review he wrote, "the best predictors of productivity were a team's energy and engagement outside formal meetings."

He tagged team members with electronic badges that monitored body language, tone of voice, whom they talked to and for how long. It turns out how team members communicate in social settings is the best predictor of a team's success. "Not only that, but [it's] as significant as all the other factors — individual intelligence, personality, skill, and the substance of discussions — combined."

Basically Pentland's research boils down to this: It really helps to like the people you work with.

Pentland even advised one desperate call center manager to allow entire teams of dysfunctional workers to begin taking coffee breaks together. They got to know each other and productivity surged.

Now, this likely is what Mayer had in mind at Yahoo when she banned working from home. She, no doubt, hopes to create an innovative culture — an infectious excitement that spreads from one Yahoo — as the company's employees are called — to the next.

And it may be tough to create that kind of dynamic when all your employees' interactions are on conference calls. But it is not impossible.

At NPR I have scores of incredible colleagues — all of whom are just an email or a phone call away. When we talk — more often than not — I am leaning forward, smiling. They are bright and creative and I enjoy their virtual company. Often when we hang up I have something worth thinking about.

Turns out that is its own formula for success — wherever you happen to work.