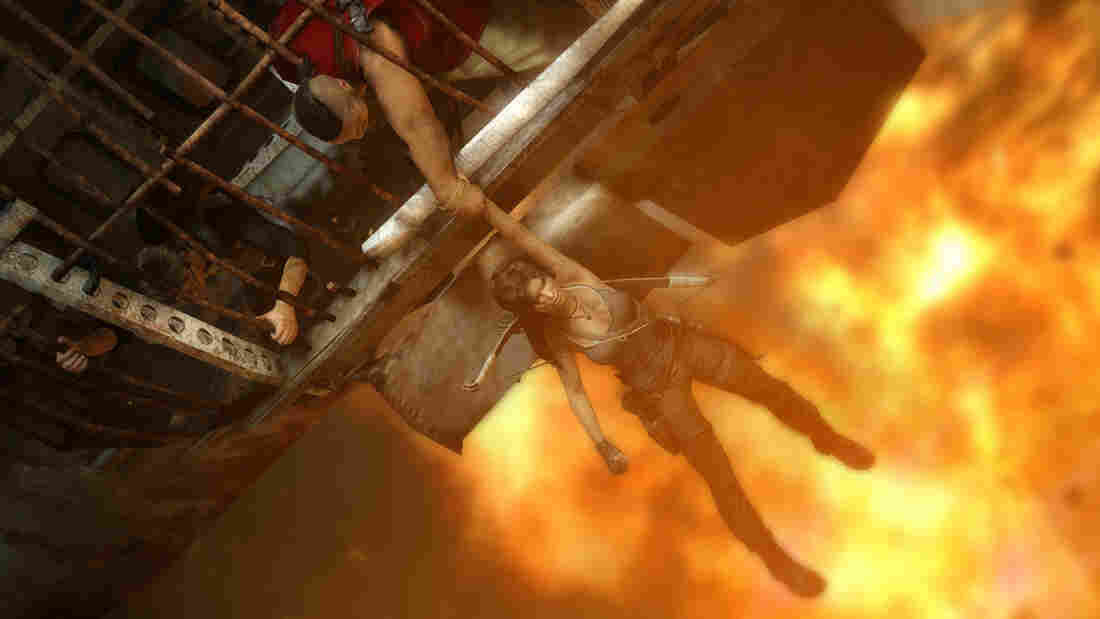 The Tomb Raider video game franchise started in 1996. The latest version of the game starring Lara Croft (a character played by Angelina Jolie in film adaptations) is being released Tuesday. Courtesy of Square Enix hide caption 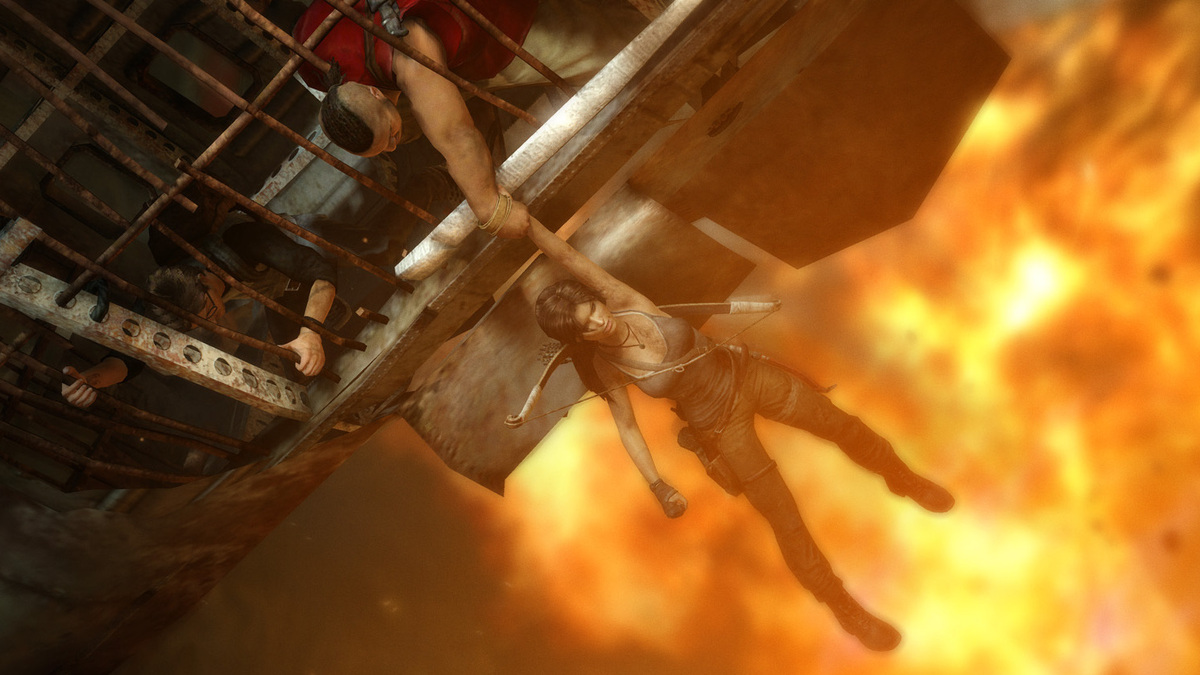 The Tomb Raider video game franchise started in 1996. The latest version of the game starring Lara Croft (a character played by Angelina Jolie in film adaptations) is being released Tuesday.

When Sony recently announced details on the upcoming release of the PlayStation 4, it prompted a new round of hand-wringing about the future of console gaming.

Sales of games on the PlayStation 3, Wii and Xbox 360 have dropped precipitously in recent years as mobile gaming — on smartphones and tablets — has become more popular. Advance word is that the PS4 will integrate certain mobile and social media functions, and some are speculating whether this is the end for standalone, full-featured console systems.

But lo! Next week a familiar champion returns to fight the good fight for old-school console gaming. The lovely and lethal Ms. Lara Croft is back in Tomb Raider, an ambitious update to the venerable franchise and a kind of rearguard action for that traditional, sit-on-the-couch, lose-track-of-time style of gaming.

In stores Tuesday for PlayStation 3, Xbox 360 and PC, the new Tomb Raider really is a terrific game. It's a genuine reboot, with an origin story designed to reinvent Lara Croft as a modern hero, and a hybrid style of game play that mashes up the best elements of several genres. I suspect it will be making all the Top 10 lists at the end of the year.

In the spirit of gaming circa 1998, I spent a recent weekend tearing through an advance copy of the new Tomb Raider. Bear in mind that 1998 was two kids and a mortgage ago for me — I'm really no longer in shape for this stuff. But I like to think I played the game the way it should be played: obsessively, late at night, overcaffeinated, thumbs aching ....

The story: Lara Croft is a young assistant researcher on her first expedition. Shipwrecked on a mysterious and menacing island, she must fend off hostile natives — wolves, cultists, mercenary soldiers — while piecing together the usual archaeological mysteries.

The designers have clearly put an emphasis on characterization and story this time around. Lara is no longer the cool, competent killer of previous games; she's a scared college kid in way over her head. (In fact, she gets sick after her first violent encounter.) Clever choices with the camera work and cut scenes encourage you to identify closely with young Lara. When she's scared, you're scared. And when she's angry — well, look out.

This is the sort of immersive gaming that casual Web-based and mobile gaming just can't manage. Thanks to high-end graphic and sound design, big-budget console games like Tomb Raider can be quite cinematic. They can work like movies. When attention is paid to classical narrative virtues — story, character, atmosphere — the gaming just gets better.

In terms of game play mechanics, Tomb Raider takes an appealing mix-and-match approach. The franchise's trademark exploration and platforming sequences are juiced up with cover-based combat shooting, survival and foraging, and even limited crafting options. Salvage enough parts from around the island to add a scope to your gun. Or a silencer. Or a grenade launcher.

The game's gorgeous, highly detailed imagery makes for some thrilling sequences. When Lara is dangling with one hand from the railing of a mountaintop temple, you can peer all the way down to that rocky ravine below. When the undead samurai attack, you can see the corrosion in their ancient armor.

Pay particular attention to the game's musical score. Composer Jason Graves actually invented entirely new musical instruments for this project, and the game is scored like a relentless suspense movie.

If you skip the optional challenges on each level, you can race through the main storyline in 15-20 hours. Double back later and you'll get twice that in side quests and secret tombs. The game also adds new online multiplayer options.

On the down side, the game's island milieu isn't particularly compelling. It's also curiously similar to a certain blockbuster television show of recent vintage. And Lara's character arc from frightened teen to one-woman army is rather abrupt.

Still, Tomb Raider is a very fun, very generous title perfectly suited to the strengths of traditional console gaming. Lara Croft has long since transcended the video game world to become a pop culture icon, and it's good to have her back on the side of old-school gaming righteousness.