Accessibility links
Controlling Your Computer With A Wave Of Your Hand : All Tech Considered The Leap Motion Controller senses and tracks hand motions to allow users to browse the Web, play games and open documents. It represents another step in a goal of computer scientists: to make interactions with machines feel natural and easy, and to take away the barriers between humans and computers. 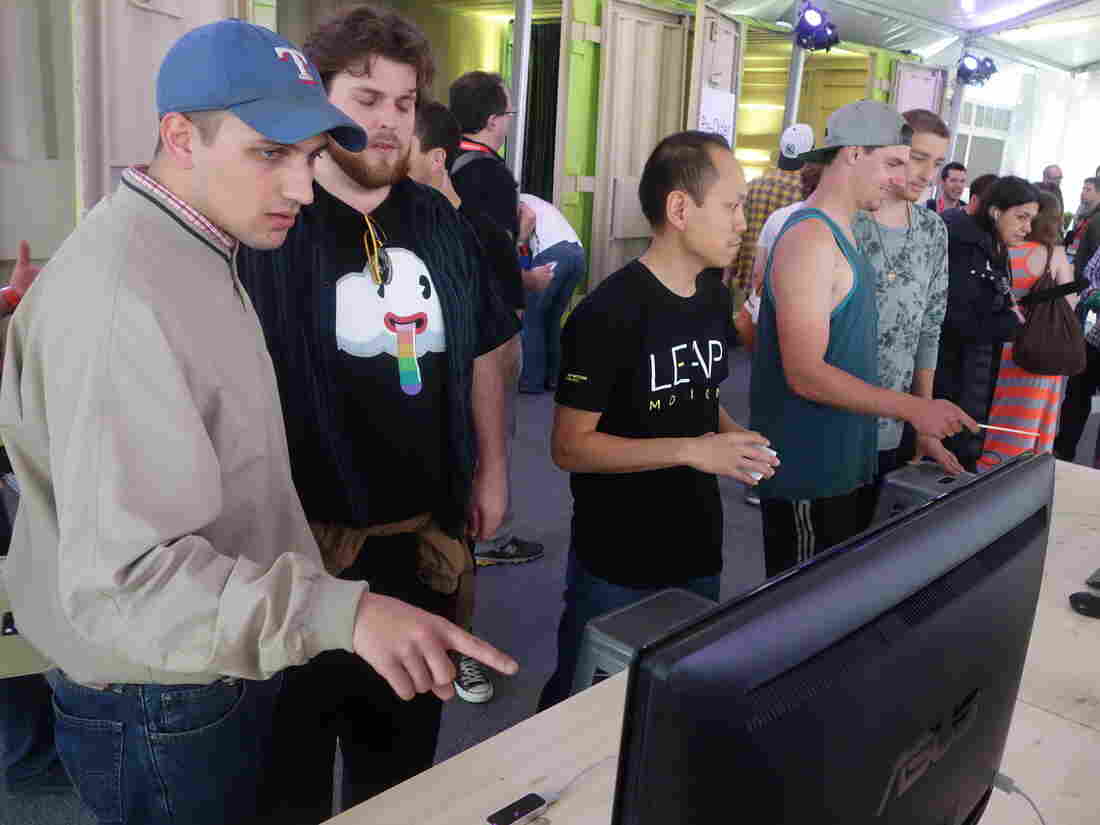 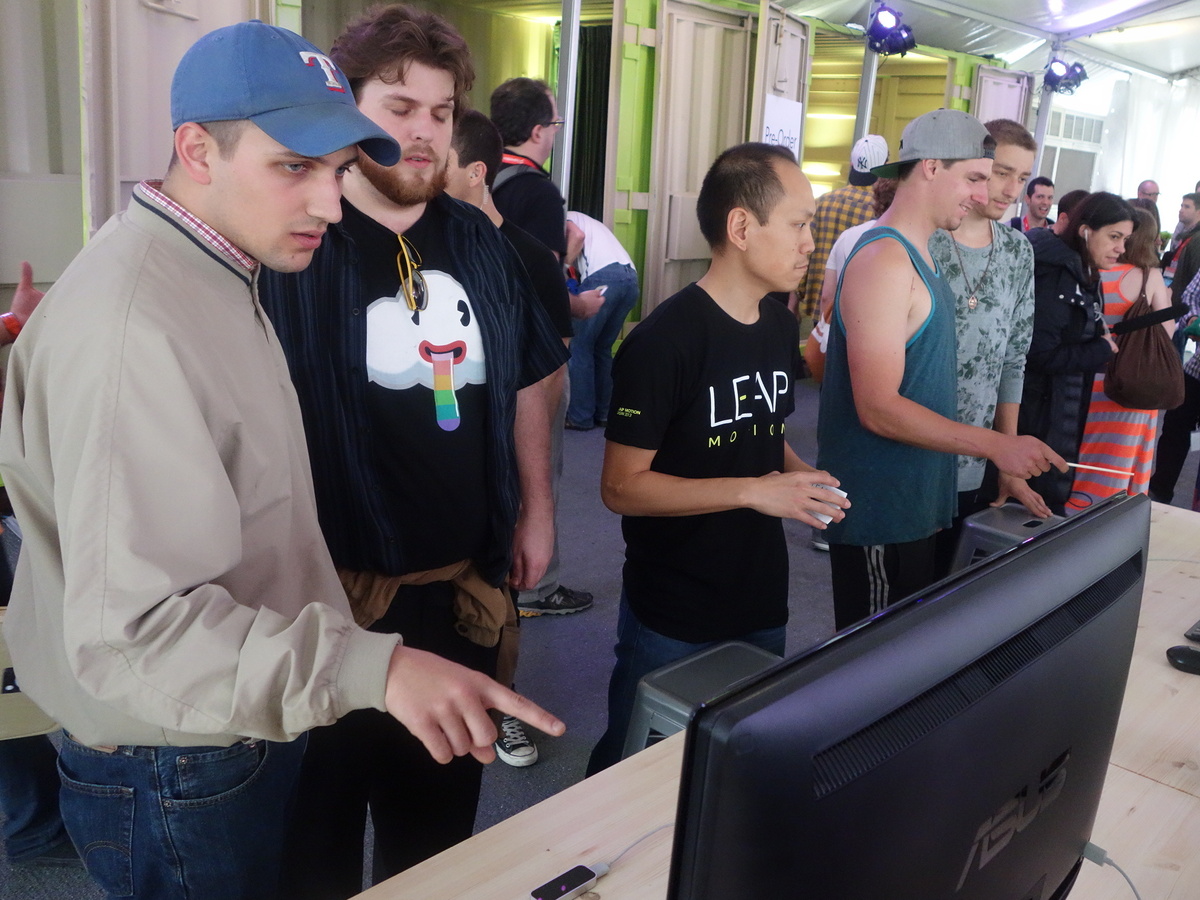 If you've had wrist and shoulder pain from clicking a mouse, relief may be in sight. This spring, a new motion sensing device will go on sale that will make it possible for the average computer user to browse the Web and open documents with a wave of a finger.

The Leap Motion Controller is on display at the South by Southwest Interactive conference in Austin, Texas, for the first time. It's one of the most talked about startups at the conference, where some 26,000 people have gathered to see emerging tech companies.

I went to have a look at the controller, which was sitting about a foot and a half away from a big iMac computer, and was connected with a USB cord.

There was a game of Fruit Ninja up on the screen. I put my fingers above the controller, and I could move a cursor around and blow up pieces of fruit with it. Impressive — but this motion controller can be used for more than just games.

"Out of the box, you'll be able to control your computer very simply. You'll be able to browse the Internet and scroll," says Michael Zagorsek, Leap Motion's vice president of marketing. "So a lot of the things people are used to, they can now do in the air without touching anything."

The Leap represents another step in a goal of computer scientists: to make interactions with machines feel natural and easy, and to take away the barriers between humans and computers. Michael Buckwald, the company's CEO and co-founder, explains that interactions with computers should mimic our normal behavior.

You can, in fact, pull, grab and use pinching motions in the air, which the Leap will detect. But it's not natural enough for Sarah Allen, a programmer who came along with me to try it.

"One of the things that I've always wanted to do is open up my computer by waving my arms in the air in a big yoga salute," Allen says. "This is never going to do that."

Allen notes that Microsoft's Kinect, an accessory for the Xbox video game system, allows that kind of motion with a TV. Buckwald says his company is aiming for something different.

The Most Talked About Tech And Culture Trends At SXSW Interactive

"The Kinect is for the living room; it is for gross movements [and] doesn't track fingers," he says. "The Leap has a smaller interaction area but is for multiple fingers, more nuanced types of interaction."

Allen definitely sees the potential here. Leap also showed off a program that lets you manipulate 3-D images on your computer by using your fingers. It's like working with a chunk of virtual clay. Allen says that when more people have 3-D printers that allow you to make personalized objects from your computer, you can imagine what might be possible.

"You can imagine that you want a vase, and you're going to go to your virtual potting app, and then you can interact with it and create something kind of fun and delightful," she says.

Analysts say the cost of the Leap Motion Controller — $80 — and the fact that you can add it to both Mac and Windows computers makes it very appealing. When it comes out in May, they say what will really matter is not the applications to come, but the ones you have when you open the box.