Accessibility links
Self-Tracking Apps To Help You 'Quantify' Yourself : All Tech Considered Technology is making it easier than ever to track everything from your sleep cycles to the food you eat — and even your amino acid levels. 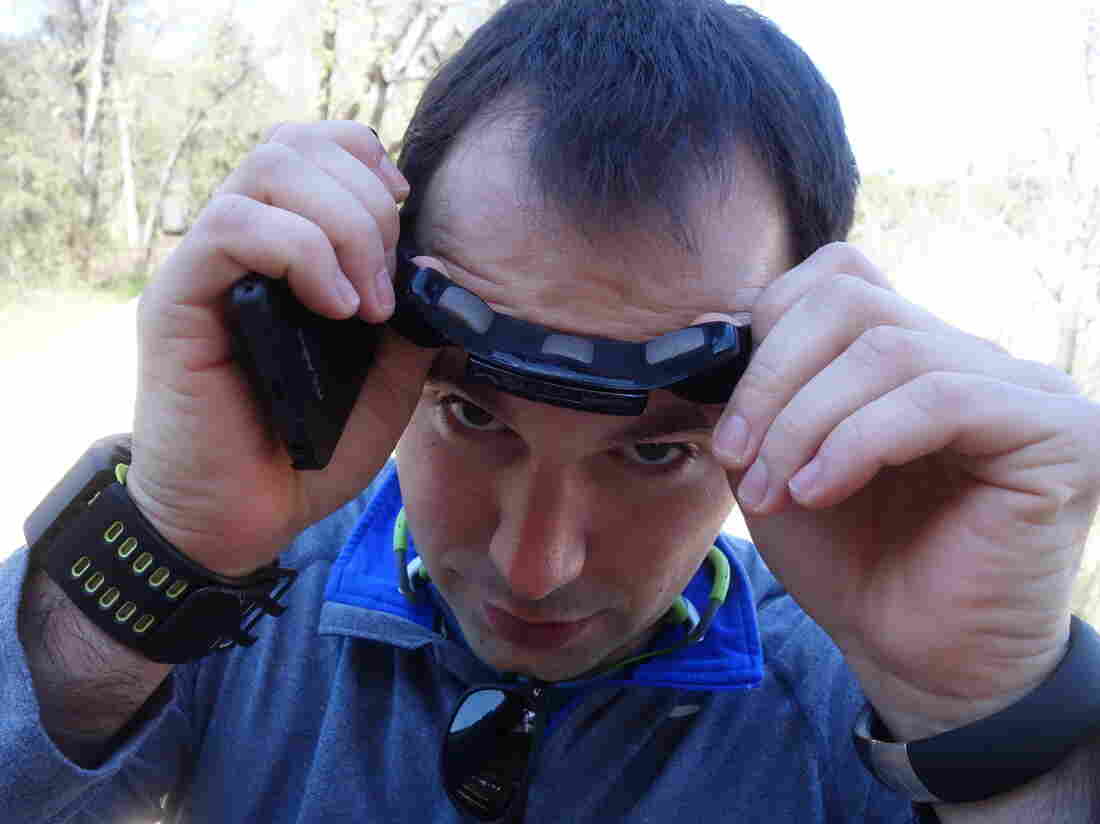 Noah Zandan shows off his Zeo sleep-tracking headband. His other self-tracking devices are on his wrists. Noah and his father, Peter, are both part of the growing "Quantified Self" movement. Elise Hu/NPR hide caption 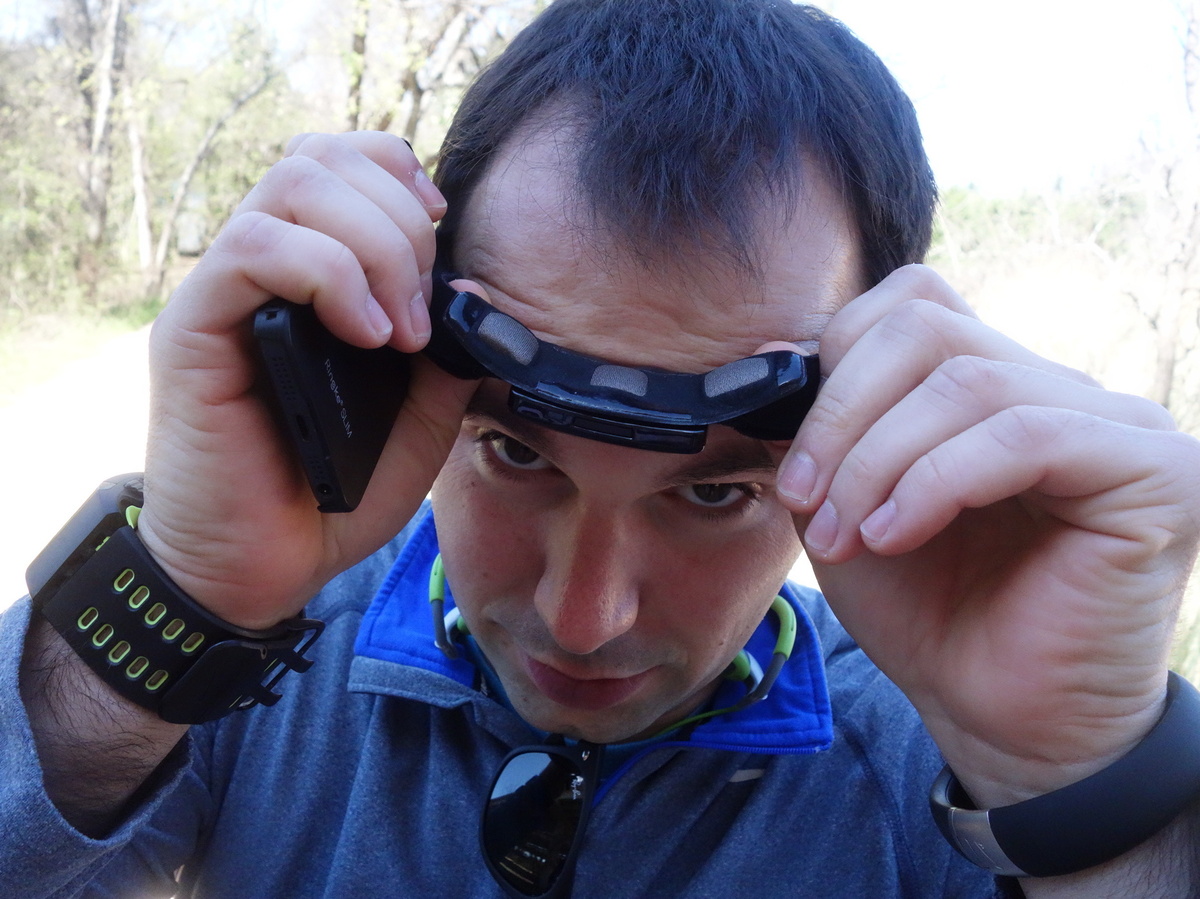 Noah Zandan shows off his Zeo sleep-tracking headband. His other self-tracking devices are on his wrists. Noah and his father, Peter, are both part of the growing "Quantified Self" movement.

Technology has made it easier than ever to track your activity levels, your sleep cycles, how you spend your time, and more. The self-trackers who near-obsessively capture and analyze their own data are part of a growing "Quantified Self" movement.

Interested in giving self-tracking a try? Self-tracker Peter Zandan, an executive at Hill+Knowlton Strategies who headed up a panel on Quantified Self this year at South by Southwest, helped us curate this list of apps and devices to get more data feedback from your daily life.

If you're just getting started, the most "mainstream" self-tracking devices are the Fitbit, Jawbone UP, and Nike Fuelband. Apple's getting in on this wristband-tracking market with its iWatch, which is expected to come out at the end of this year.

For heart rate monitoring devices, Garmin and Polar both make options that self-trackers like.

Food monitoring apps include MyFitnessPal and MyPlate. "[These are] great for folks who want to do more than count calories," Zandan said.

If you want to dig a little deeper, these self-tracking devices, apps and systems might teach you something that you don't know about yourself.

23andMe: A DNA analysis service that provides information and tools for you to learn about your genetic traits, disease risk and ancestry; you mail a saliva sample for laboratory testing.

Talking20: Amino acid testing to monitor what is happening in your body over time; you mail small blood samples and receive digital results.

Moodscope: An app that allows you to track your mood each day using an online card game; look at scores over time and share with friends.

Equanimity: An app that provides reminders and feedback for your meditation practice; it includes a timer, journal for note-taking and historical graphics.