Accessibility links
CEO Of Electronic Arts, World's Third-Largest Gaming Company, Resigns : All Tech Considered John Riccitiello, whose rocky six-year tenure saw a 60 percent drop in Electronic Art's stock price, said in his resignation letter that he leaves feeling that EA "has never been in a better position as a company." 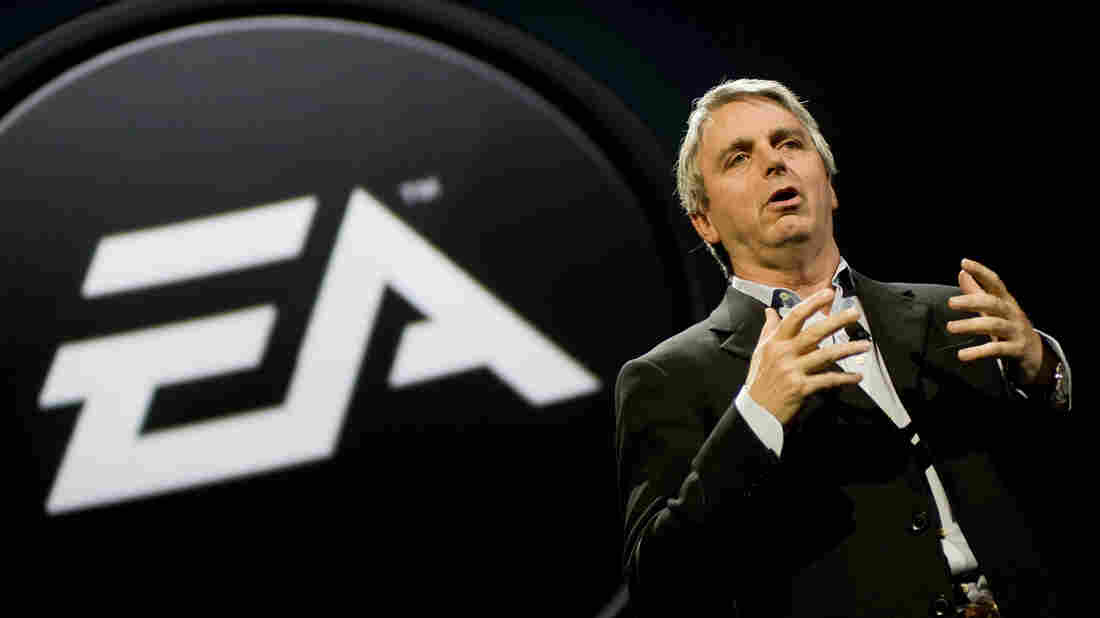 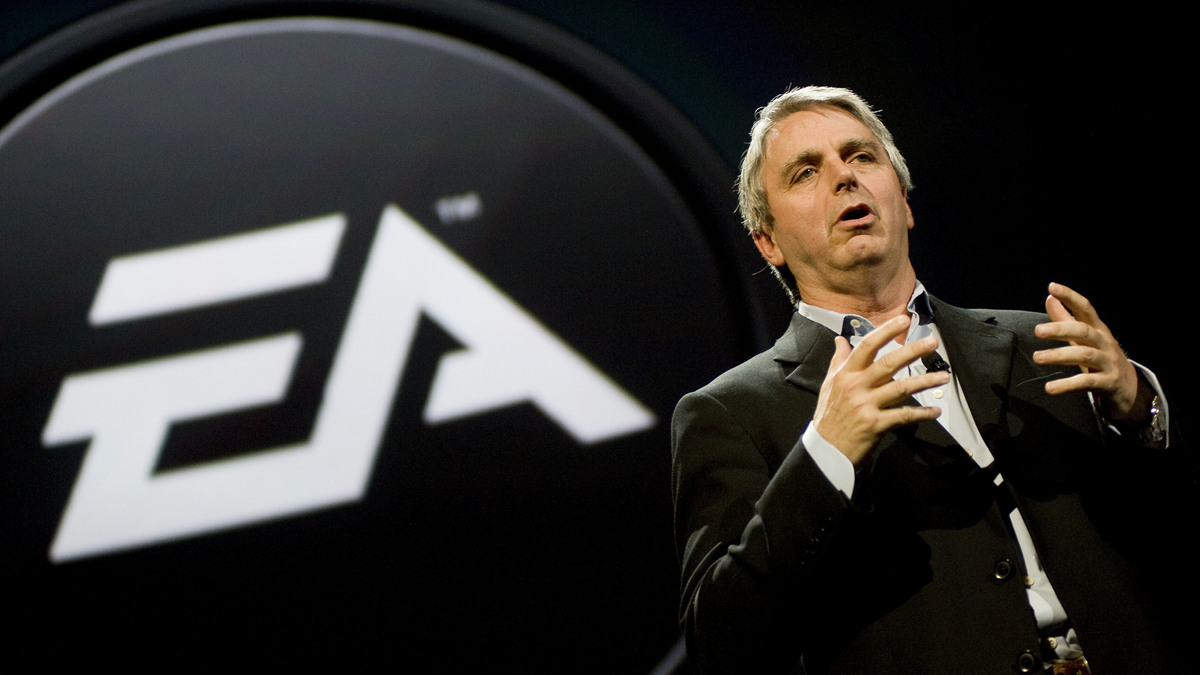 Electronic Arts CEO John Riccitiello, seen here speaking at the E3 Expo in 2010, is stepping down, the company announced Monday.

Riccitiello, whose rocky six-year tenure saw a 60 percent drop in EA's stock price, according to the Wall Street Journal, said in his resignation letter that he leaves feeling that EA "has never been in a better position as a company."

He said his resignation, however, ultimately comes down to accountability for the company's financial situation:

"My decision to leave EA is really all about my accountability for the shortcomings in our financial results this year. It currently looks like we will come in at the low end of, or slightly below, the financial guidance we issued to the Street, and we have fallen short of the internal operating plan we set one year ago. And for that, I am 100 percent accountable."

Although not mentioned by Riccitiello, the recent launch disaster of the new SimCity game brought a wave of negative attention to EA. The City simulation franchise, which has historically been an offline, single-player game, was launched instead as an always-online game. The game's servers were overloaded at launch and many players were unable to play.

The server issues and launch problems became such an issue that Amazon stopped selling the game for a time and warned customers that SimCity wasn't functioning.

Another often-cited failure is Star Wars: The Old Republic, a game that was meant to be a flagship, massively multiplayer online game that would compete with Activision/Blizzard's World of Warcraft. The game cost an estimated $400 million in production and marketing, but last year it was forced to become free to play owing to a lack of subscribers.

According to Forbes, this is just the latest criticism aimed at the company:

"Fans constantly fault the company for unfriendly practices including intrusive DRM (the cause of the SimCity debacle) and questionable tactics with regards to microtransactions and DLC, which are sometimes felt as a type of gouging. It's true that most large gaming companies are experimenting with all of the above, but it's almost always EA that bears the brunt of such criticism from the press and fans, as they usually tend to provide the most significant examples."

These criticisms of both EA and other large video game companies, as well as advances in distribution technology, have opened the door for more independent game developers to gain market share in the $25 billion video game industry.

This will be the second time Riccitiello has left EA. He'd previously been president and chief operating officer from 1997 to 2004, during a time of tremendous growth for the company. While EA looks for a new CEO, Larry Probst, chairman and former CEO, will lead the company on an interim basis.