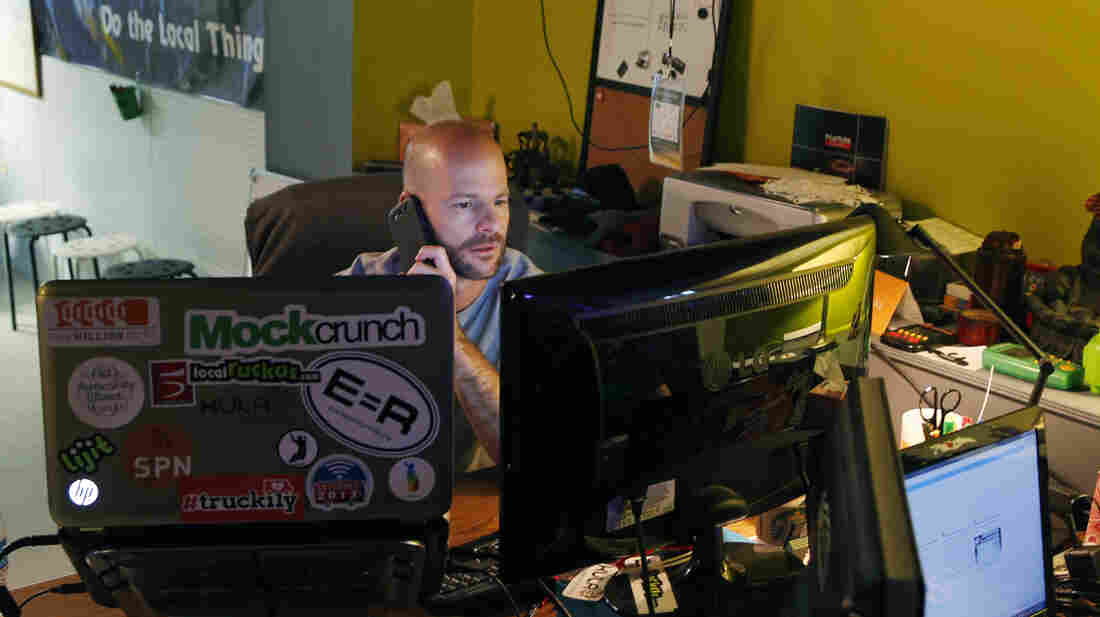 Matthew Marcus works at his desk in the basement of Kansas City Startup Village in Kansas City, Kan., in January. The village houses several startup companies and takes advantage of the high-speed Internet. Google announced on Tuesday it would be installing its Google Fiber network in Austin, Texas, next. Orlin Wagner/AP hide caption 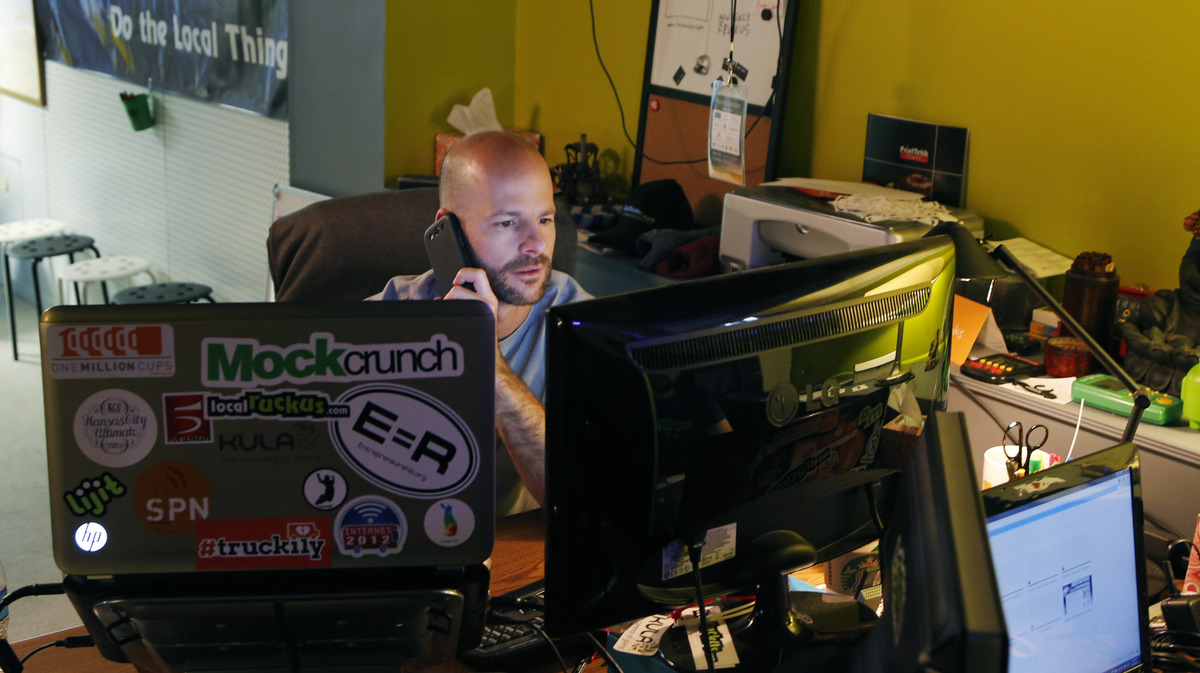 Matthew Marcus works at his desk in the basement of Kansas City Startup Village in Kansas City, Kan., in January. The village houses several startup companies and takes advantage of the high-speed Internet. Google announced on Tuesday it would be installing its Google Fiber network in Austin, Texas, next.

Google announced Tuesday that its Google Fiber project would be hitting Austin, Texas, next. The company says Austin, famous for its South by Southwest festival, is a "mecca for creativity and entrepreneurialism, with thriving artistic and tech communities."

Google Fiber is the tech giant's blazing fast Internet service, with current rates at 1 Gpbs, about 100 times faster than your typical cable broadband Internet service. It debuted in Kansas City in 2012.

So why might we want a connection that fast?

The most obvious answer, reports NPR tech correspondent Steve Henn on All Things Considered, is that services we already use will run faster — like streaming movies and online gaming.

"[Google's argument] is that if you connect American homes to the Internet at these gigabit speeds, all kinds of Internet services and business that right now are basically impossible become possible," he says.

It's still unclear what Google's ultimate goal is with Google Fiber, Henn says, whether the company wants to become an Internet service provider or if this is simply an experiment.

"But one thing is clear," he says, "unlike Comcast or Time Warner, when Google hooks up a home to fiber it's not just going to be making money on monthly fees.

"Strategically, Google is perfectly positioned to use these high-speed connections to make all sorts of sophisticated software and services available online for free and support them with ads."

This will put Google in direct competition with other Internet providers, so much so that AT&T also announced on Tuesday that it would be creating a 1 Gbps fiber-optic network in Austin as well.

But Google has a long way to go. TechCrunch reports that it would cost the company an estimated $11 billion to roll out the network and TV service to 20 million more homes.

In March of 2011, Google announced that Kansas City, Mo., and Kansas City, Kan., had been selected as the first areas where it would install its fiber network.

After all is said and done, Google is expected to spend about $94 million for the Kansas City project to connect roughly 149,000 homes to the high-speed network. But KCUR's Sylvia Maria Gross reports on All Things Considered that the rollout there has been slow going.

So far, only 3,000 to 4,000 people are connected, and it's taken about a year longer than expected to get those customers up and running. Local governments and businesses are still trying to figure out how the technology could transform sectors like education, health care and the arts.

Aaron Deacon, managing director for KC Digital Drive, a community-driven effort created to think of ways to take advantage of the service, says it's not really about the technology but defining goals for the future.

"Having the technology in place forces people to really focus, and sort of ... recalibrate and say, 'OK, the future is a little closer than maybe we thought it was,' " Deacon says.

Deacon says Google Fiber has attracted funding for business incubators and other digital ventures, like Code for America, which helps local governments engage with citizens online. One way Google Fiber is already making a difference is in the marketplace; other cable operators are offering all sorts of deals for conventional broadband.

Google's pricing is currently seen as a little expensive; $70 a month for Internet or $120 a month to include the Google TV service.

Michael Liimatta, who heads the nonprofit Connecting for Good, aimed at bridging the digital divide, says he's disappointed that Google Fiber is only coming to neighborhoods where enough residents sign up, leaving out the poorest communities. Originally, Google had said it would help bring its high-speed Internet to those who don't have access. Still, Liimatta credits Google with starting the conversation.

"Even if Google is not necessarily the vehicle for achieving a lot of this stuff, they certainly are to be praised for getting us to be thinking about a lot of this," he says.