Accessibility links
Speak Up! Advertisers Want You To Talk With New Apps : All Tech Considered Advertisers want to hear what you have to say, and many are about to roll out new kinds of ads you can actually have a conversation with. Marketers are hoping to leverage the power of voice and the kinds of technologies that power Apple's Siri to start selling us all sorts of things. 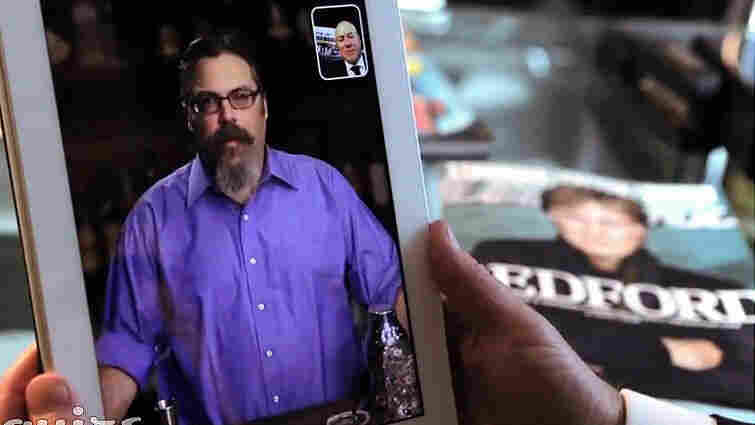 Drinks columnist David Wondrich is seen on Esquire's new Talk to Esquire app, which allows users to interact with several of the magazine's columnists through voice recognition. Screengrab via YouTube hide caption 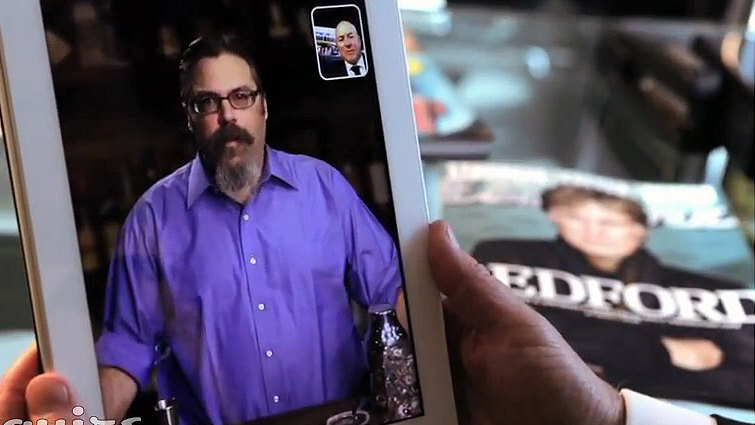 Drinks columnist David Wondrich is seen on Esquire's new Talk to Esquire app, which allows users to interact with several of the magazine's columnists through voice recognition.

Imagine for a second what it would be like if you could talk to your radio, and your radio would actually listen. To get an idea of what this might be like, I downloaded an app called Talk to Esquire, from the magazine of the same name.

When I opened it, the app asked me a question: What's your favorite type of liquor? That's a little forward, but it's Esquire so I played along and told the app that I'm more of a beer drinker.

"All that beer and no whiskey, I think you are making a mistake," replied Esquire's David Wondrich, the drinks columnist.

Before I knew it, I found myself engrossed in a chat about booze. I was talking to recordings of Wondrich, and he, or really the app, was listening to what I said and answering me back.

This went on for more than four minutes, and eventually my cyber David Wondrich showed me how to mix a mezcal old fashioned.

Stanford professor Clifford Nass says this kind of synthetic conversation is possible because of advances in voice and language recognition. It's no longer just a party trick, though it still has limits.

"[The technology] definitely has gotten much better," Nass says. "It's still not super accurate. Nowhere near the accuracy of even a 2-year-old child."

Nass says an app like Esquire's can only work well when it tightly limits what the conversation we are having is about. Without context, such apps are lost.

Still, many marketers see an opportunity. Some of the biggest technology companies in the country — from Facebook and Google to Microsoft and Amazon — are trying to figure how to best monetize mobile advertizing.

"Mobile banner ads just have not been super successful," says Mike McSherry, a vice president at Nuance, a company that specializes in voice-recognition technology.

"Voice is providing this window to the world of information, and it can be far faster than typing or navigating small screens," he says, "which has been typically the challenge of small mobile devices to date."

Digital forecasting company eMarketer estimates mobile ads could be a $37 billion business in the next few years. Nuance wants a big piece of that, and this month it released a mobile ad platform that will let advertisers create ads we can talk to. 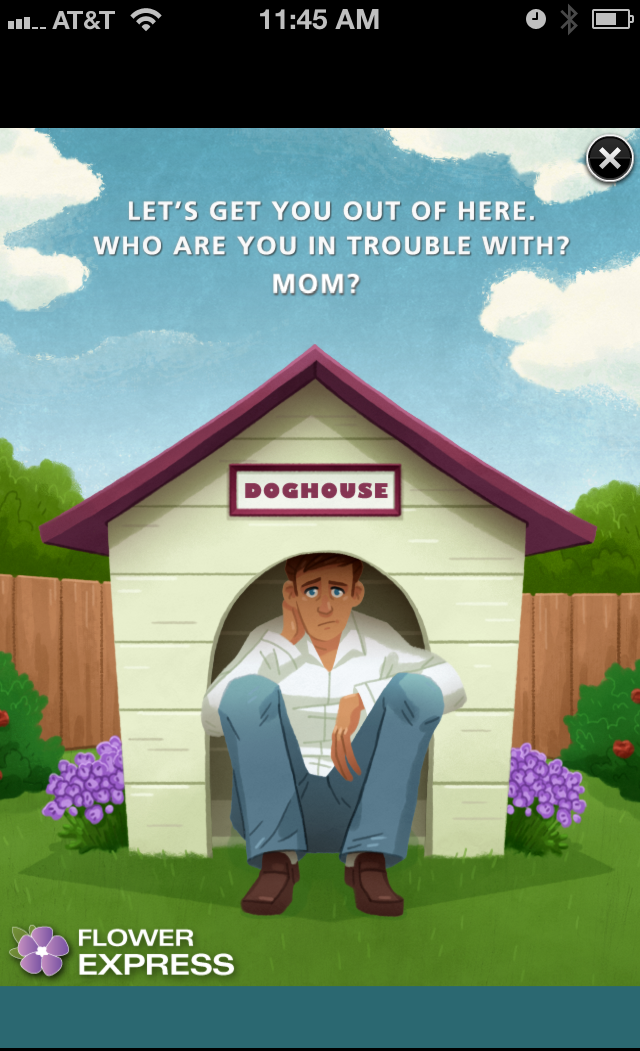 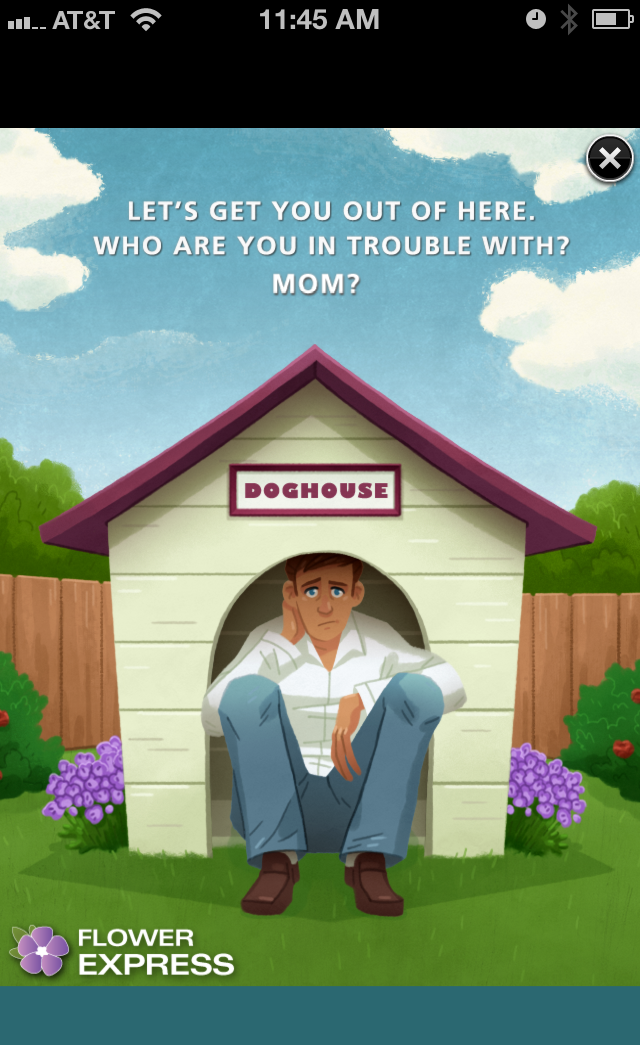 I played one of their demos, called Valentine's Dog House, for Clifford Nass.

"Who are you in trouble with?" the app asks.

Even though Nass was sitting at his desk with a lollipop in his mouth, and even mumbling a bit, the ad nailed it. He smiled to himself, chuckled and engaged with the ad.

Nass says ads like these, when they work, have the potential to be incredibly powerful because they interact with us in a profoundly human way.

"The human brain is built for speech, so anything that sounds like a voice, our brains just light up and we get an enormous range of social and other responses," he says.

Listen To The Sound Of My Voice

A voice — even a synthetic one — is packed with information our brains are programmed to decode, like gender or age. We simply can't help ourselves.

When we talk to a computer and it answers back, Nass says most of us end up acting as if we're dealing with a real person. Social norms kick in seemingly automatically.

"Our brains are built to treat these conversations with computer-based voices to an incredible degree like [conversations] we are having with actual people — including flattery, flirtation and all the rest," Nass says. "We will see all of those same responses."

Nass' own research found that people like computers better if those computers flatter them. He found that we're polite to the machines we talk to, and we identify with computerized voices that sound kind of like our own. We're even more likely to buy things from them.

Advertisers are hoping they will be able to use all of this, but Nass warns there are big risks in these kinds of interactive ads as well.

Nass says if a computer sounds like a person, but then interrupts you and acts like a jerk, real human beings are much more likely to hold a grudge.