Accessibility links
Seeing The World Through Google-Colored Glasses : All Tech Considered The high-tech glasses aren't yet available to the public. But a select group of test customers have received the gadgets after charming Google with their ideas for how to use them. NPR's Steve Henn takes a look at what Google Glass might offer users of the future. 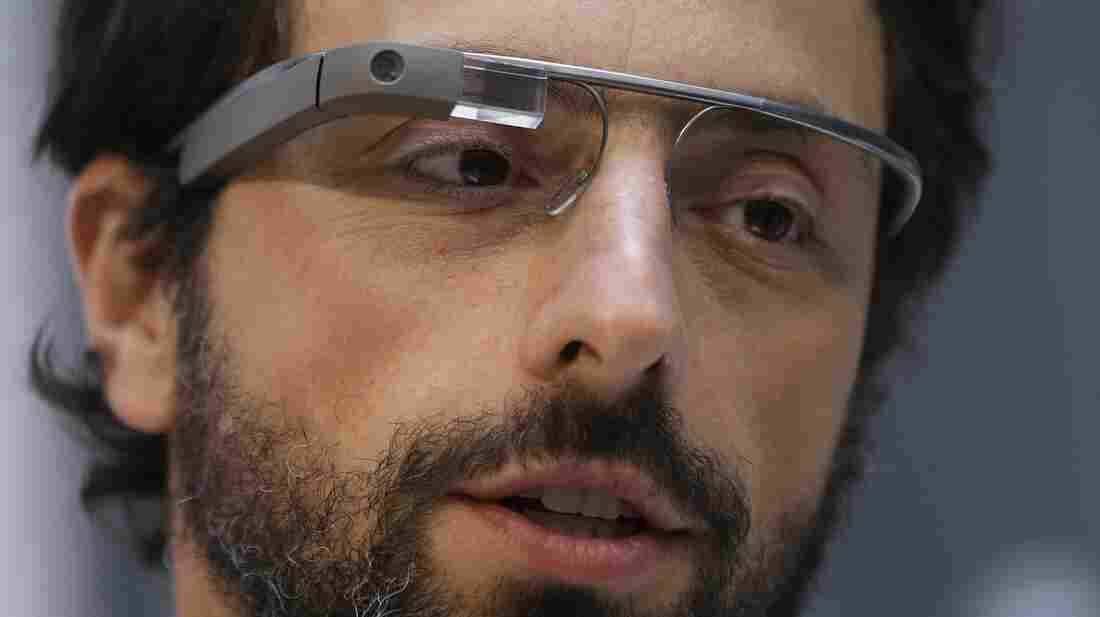 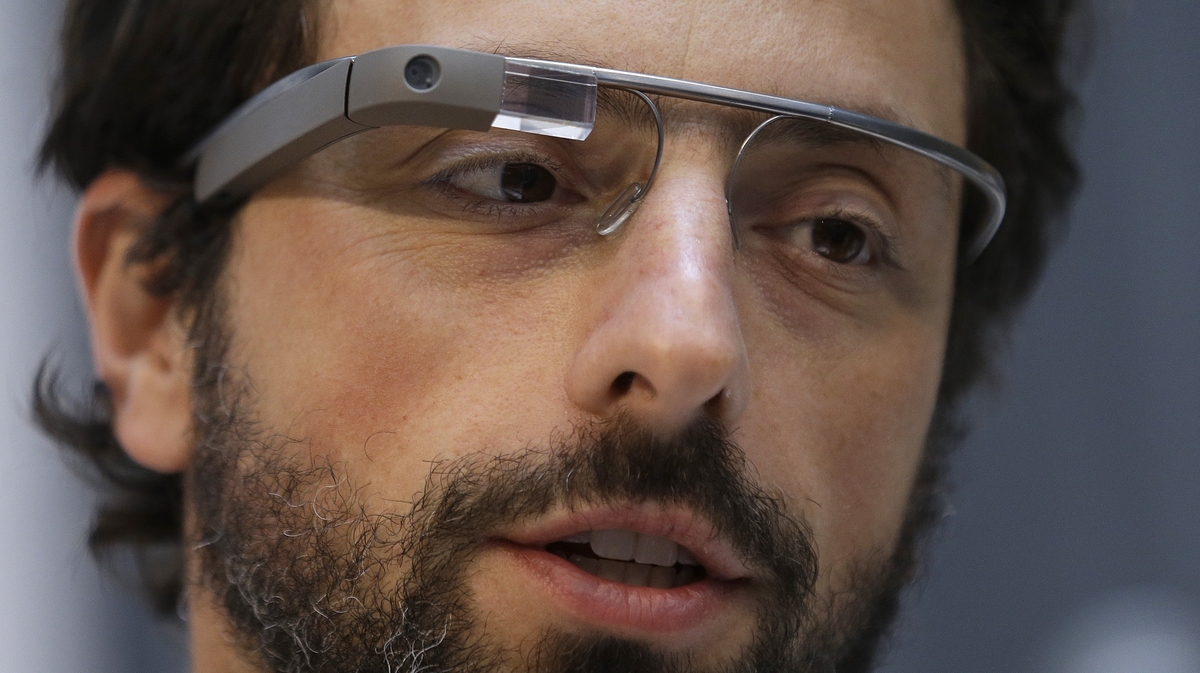 Google co-founder Sergey Brin shows off Google Glass in February. Brin says the camera displays an external light when filming, making it difficult for a user to record surreptitiously.

Google Glass is no longer merely a prototype. The company began delivering its high-tech glasses to a select group of test customers Tuesday.

The gadget looks kind of like a pair of eyeglasses, except it doesn't always have lenses and it has a tiny screen, about the size of the end of my pinkie, perched just above and to the right of the wearer's right eye.

When the screen is off, it's completely transparent and out of my line of sight. When on, it looks — well, I'll let Steve Lee, who helped create Google Glass, explain it: "Imagine you are sitting on your couch at home and you look across the living room and you look at your TV. That's roughly the size of what the display looks like with Glass." 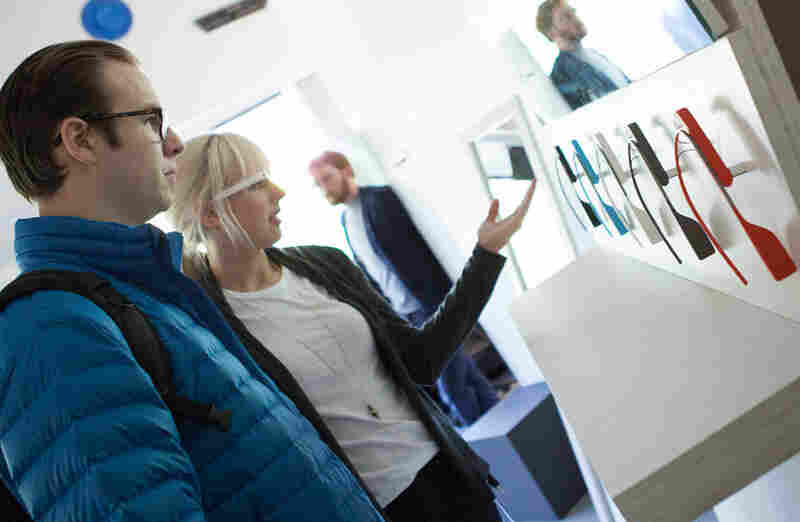 A Google staff member shows a Google Glass customer color options on Tuesday. The company selected most of the test group members based on their ideas for using the gadget. Daniel Gaines Photography/Courtesy of Google hide caption

Except it feels much more intimate than that. The picture is right there, an inch from my eye, along with a touch pad that runs along my temple.

Glass understands some voice commands, like giving directions and answering questions you'd normally Google. It reads your texts aloud in your ear and lets you respond just by talking.

But, first and foremost, Glass is a camera mounted right above your eye.

"Let's say I'm not very good at cooking and I might need to call ... Mom to get some help," Lee explains. "While I'm in the kitchen with my hands busy preparing the food ... my mom can actually see what I am doing" to coach him through dinner.

Glass does almost everything a smartphone does, hands-free. But Google is not selling it to the public yet. Just 10,000 people have won the right to pay $1,500 for a pair. Most of them earned this privilege by telling Google the creative things they'd like to do with Glass.

Dan McLaughlin, who picked up his set Tuesday, has about 30 or 40 ideas, he says, including creating a personal teleprompter. And Monica Wilkinson says getting Glass feels a little like getting a superpower.

"I have always wanted a computer in my head, basically," she says, "so this is like the first step." She plans to build an app to help her remember people's names at parties.

But a lot of people have asked me: Is Glass creepy? So I posed the question, nicely, to Google co-founder Sergey Brin. Will this technology push us irreversibly closer to a total surveillance society?

"It's definitely something we think about," Brin says. "For one thing, there are thousands of products on the market that would be better for recording surreptitiously than this would be. And we have also tried to design the experience so it is clear what you are doing."

To snap a photo, you tell Glass to take it, and the display above your eye lights up for all to see.

But mostly, Brin says, he's eager to see what thousands of creative people will do with it.