Accessibility links
Philly Turns Skyscraper Into Video Game Screen For Tech Week : All Tech Considered Joysticks in hand, participants played what was perhaps the world's biggest video game on the side of the 29-story Cira Centre in Philadelphia. The interactive light display kicked off a week of events for the annual celebration of the local tech scene. 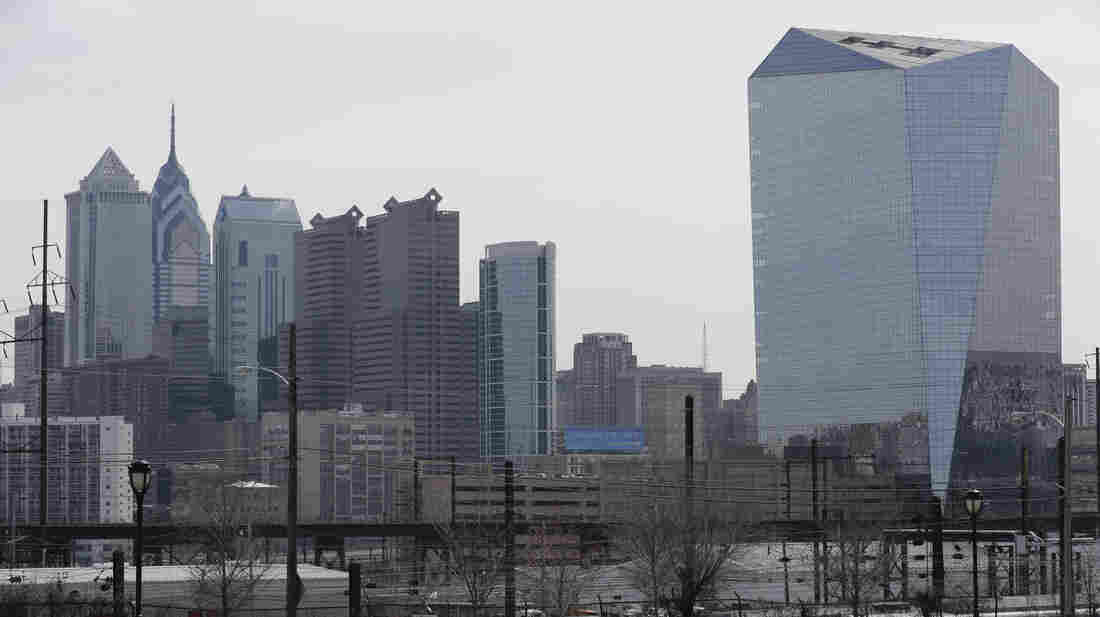 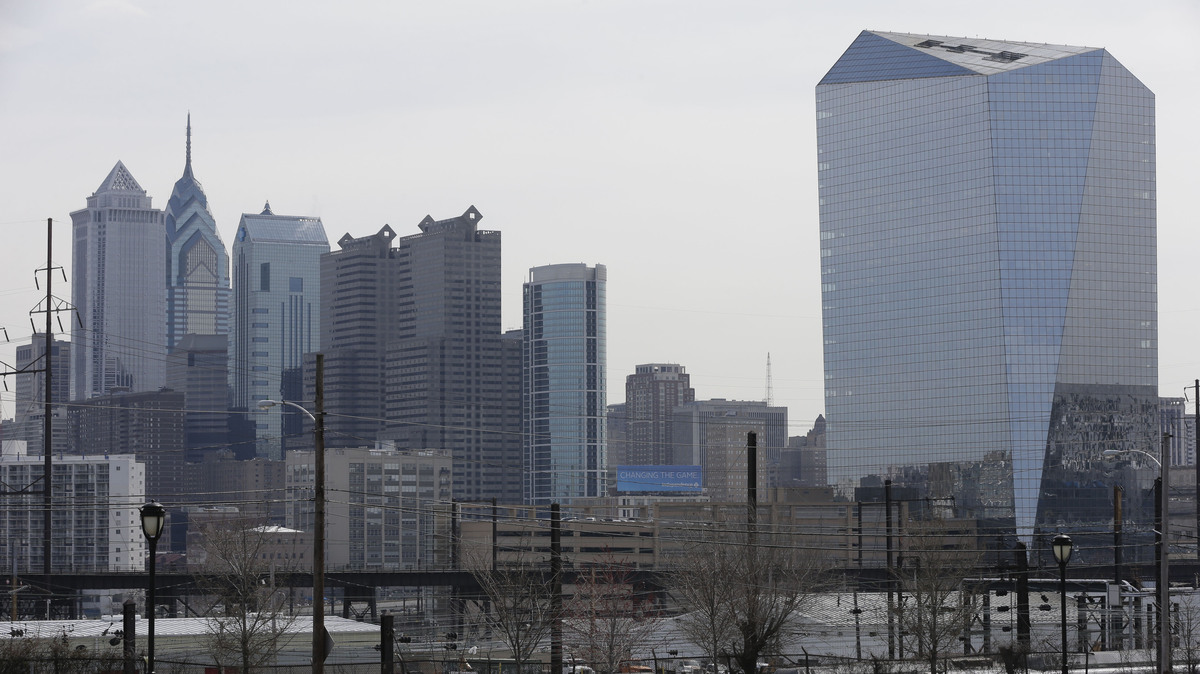 The Cira Centre, right, was illuminated Friday night with LED lights, transforming it into a giant screen to play the video game Pong.

When it comes to technology, Philadelphia is no Silicon Valley. And the organizers of the third annual Philly Tech Week say it's not trying to be.

To kick off the weeklong celebration of the local tech scene, organizers turned a skyscraper into an interactive light display Friday night. The Cira Centre, a 29-story building, became perhaps the world's biggest video game.

Frank Lee is the man behind this gigantic version of Pong. He's a professor at Drexel University and the co-founder of the school's Game Design Program.

Spectators gathered about a half-mile away to watch from the steps of the Philadelphia Museum of Art. Eyes fixated on what was about a 400-foot-tall "screen," a lattice of LED lights on a wall of mirrored glass serving as the "pixels."

Lee says the vision for his tech-art mashup came when he was driving by the building one day.

"Other times I passed by, I didn't really think too much about it, but this time, in 2008, when I was passing by, I saw Tetris shapes rotating and falling. And that began this long journey to make this game," he says.

Five years later, his vision has morphed into the giant Pong video game.

A few hundred people gathered Friday night to watch gamers actually face off in an arcade classic that was older than most in attendance.

About 1,000 people had entered an online lottery for a chance to play. The first pair of winners stepped up to the joysticks. The game began, complete with vintage sound effects.

Darren Davis, 17, won the friendly match-up. He says playing a video game on a skyscraper was pretty cool.

"To be honest, taking my hands on the joystick, it was pretty amazing. I actually really liked it," says Davis, a high school junior by day, and a game developer by night.

If the idea of Tech Week is to encourage Philadelphians to up the ante, then it worked on Davis.

"It definitely is inspiration to make me want to top this, because I know I can," he says.

Organizer Christopher Wink says inspiration like that is the whole point. Wink runs the local tech blog that's organizing Philly Tech Week — Pong is just the kickoff to a slew of 100-plus tech-related events.

But Wink says the game, which made a static skyline interactive, is also a symbol of the momentum he's hoping to build around Philly's growing tech scene.

After dozens of competitors squared off on the face of the skyscraper, the video game was shut down for the night. But the opportunities for tech-induced wonder aren't done yet. Round 2 of Pong is on for Wednesday.