Accessibility links
Steadicam Creator Joins Inventors Hall of Fame : All Tech Considered Rocky Balboa's sprint up the stairs of the Philadelphia Art Museum is a scene that would have once been impossible to film. Camera innovator Garrett Brown made it possible when he invented the Steadicam. The jack of all trades will be inducted into the National Inventors Hall of Fame in May. 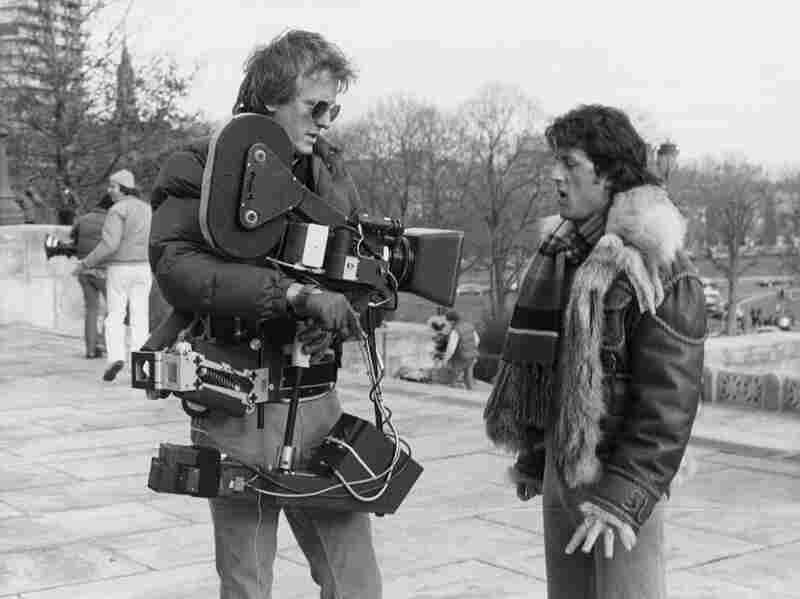 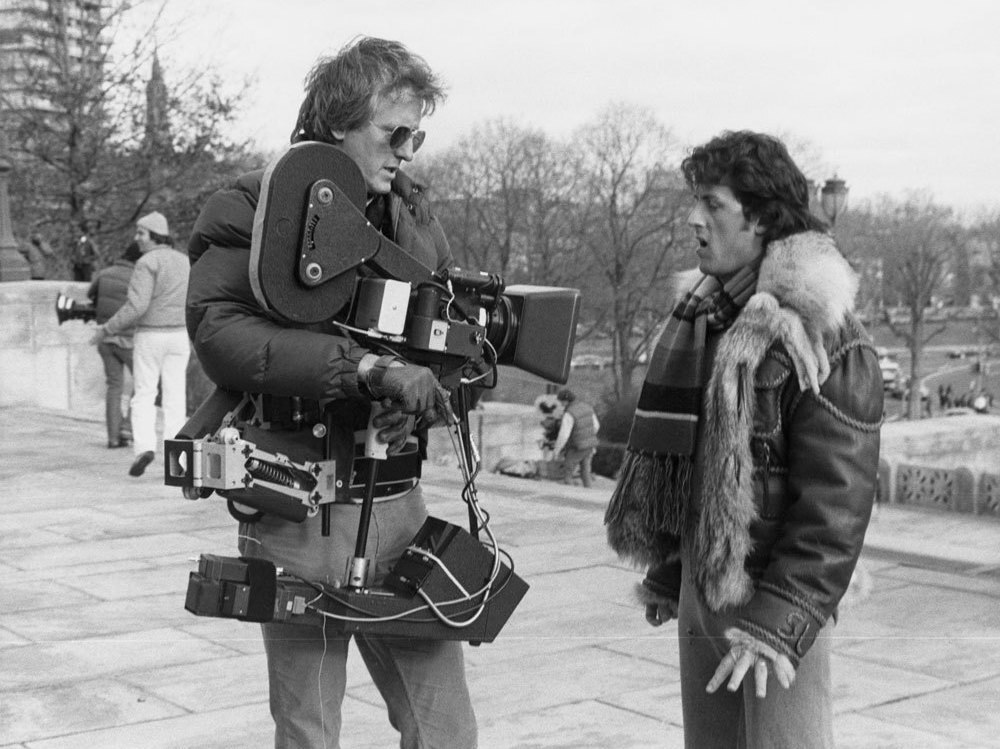 Garrett Brown with Sylvester Stallone during the filming of Rocky II.

Rocky Balboa's sprint up the stairs of the Philadelphia Art Museum in Rocky is a scene that would have once been impossible to film. Camera innovator Garrett Brown made it possible when he invented the Steadicam, a body-mounted camera that stabilizes handheld shots.

Brown has received three Academy Awards for his technical inventions and holds 50 patents for cinematography devices. The college dropout-turned-inventor will be inducted into the National Inventors Hall of Fame in May.

"The way I see it, the prime inventing act is identifying something you really want which is missing," he tells NPR's Neal Conan. "It isn't just gadgets and gizmos and machines and processes. It's whatever you want, and the finding of it, the getting of it could be considered an invention."

When Brown started out as a filmmaker, he loved the stabilizing power of dollies but hated their klutzy nature and yearned for an easier way.

"We sort of have a stabilizer in our heads, if you think about it. You're not conscious of yourself lurching side to side when you walk, or rising and falling. The brain just smooths it all out for you, you know? So why should it look worse when you pick up a camera and try to walk? That's what sort of lured me on back then."

Brown, who came from a family of inventors, describes an early model of the body-mounted cameras as fat, heavy and burdensome.

"I looked at it and thought, 'This could never work,' " Brown recalls. " 'No person in his right mind except a masochist would ever want to run around with this thing.' "

Brown journeyed off to a motel with all of the drawings he had and emerged a week later with an invention that filmmakers couldn't resist. 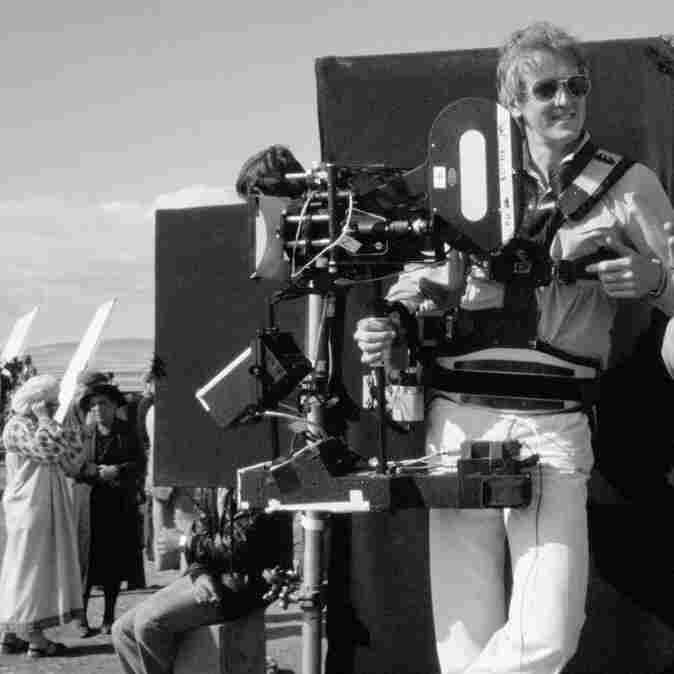 Garrett Brown holds 50 patents worldwide for his devices and will be inducted into the National Inventors Hall of Fame in May. Courtesy Garrett Brown hide caption 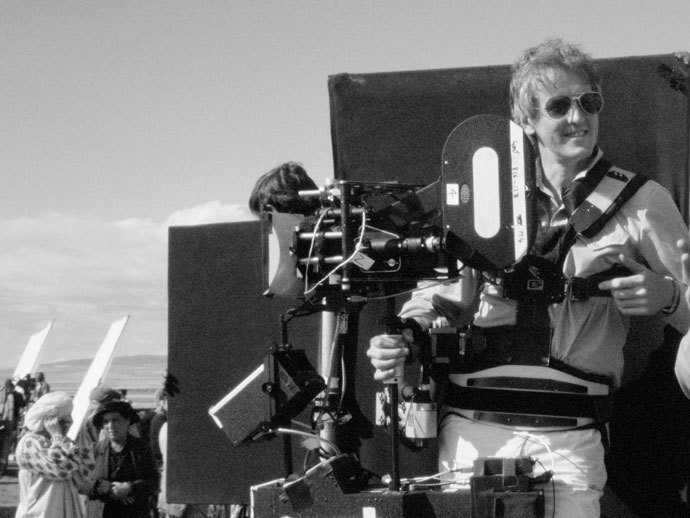 Garrett Brown holds 50 patents worldwide for his devices and will be inducted into the National Inventors Hall of Fame in May.

"I could show up with a demo reel of 30 impossible shots, obviously impossible to anybody that knew anything, and not give them a clue of how it was done," Brown says. "So showing up with a reel just knocked down the doors. It just floored everybody."

He shot on nearly 100 films with the camera, including The Shining, Return of the Jedi and Yentl.

Before his success as an inventor, Brown, a true jack of all trades, had a brief career as a folksinger in a duo called Brown and Dana. Then, he had a successful career as a voiceover artist in radio ads, including well-known commercials for the American Express card and a Molson Beer ad that ran for 13 years. His work in advertising helped finance the Skycam, the robot camera that flies on wires over sports fields to give overhead shots of play.

Brown is a big fan of personal inventing and encourages people, especially children, to explore their big ideas.

"This is one of the best countries on Earth for getting stuff done. And our culture is a can-do sort of culture," says Brown. "I'm hoping it continues to be in these present economic times, because it's so urgent that our population, our kids understand that inventing is something that anyone can do, and the way of it isn't all that mysterious."