Accessibility links
Blazing The Trail For Female Programmers : All Tech Considered Only about 20 percent of all computer programmers are women, but one pioneering CEO is trying to change that. Blazing Cloud's Sarah Allen hopes that making women in the field more visible to each other will help young women see a path for themselves in this fast-growing profession. 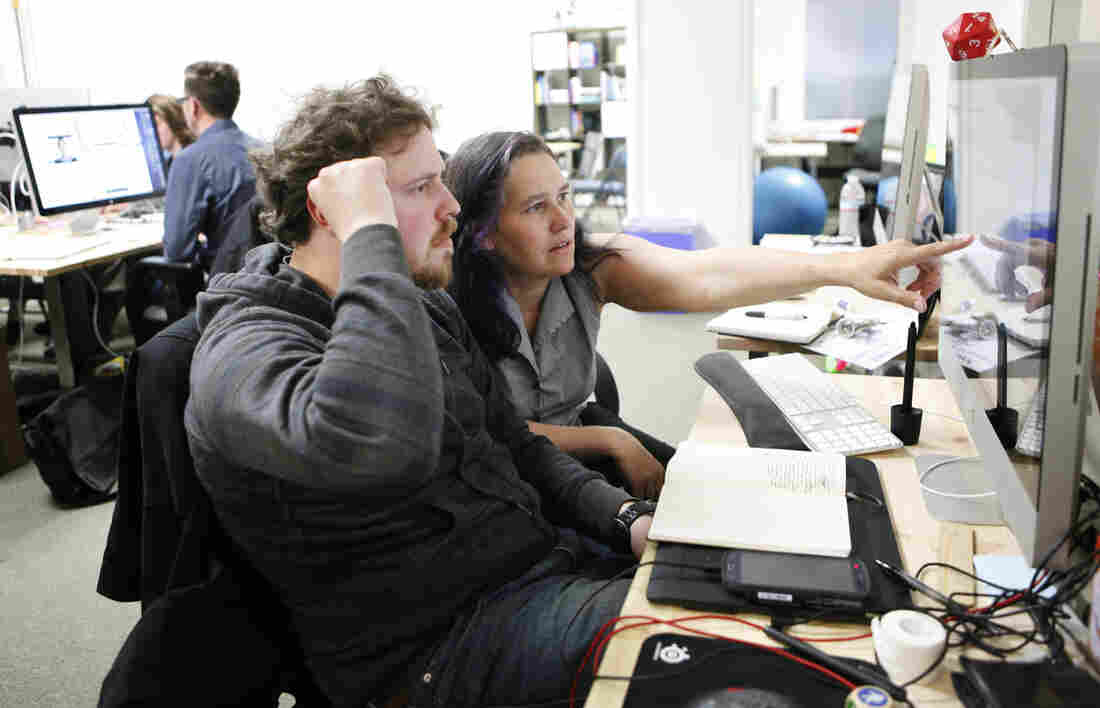 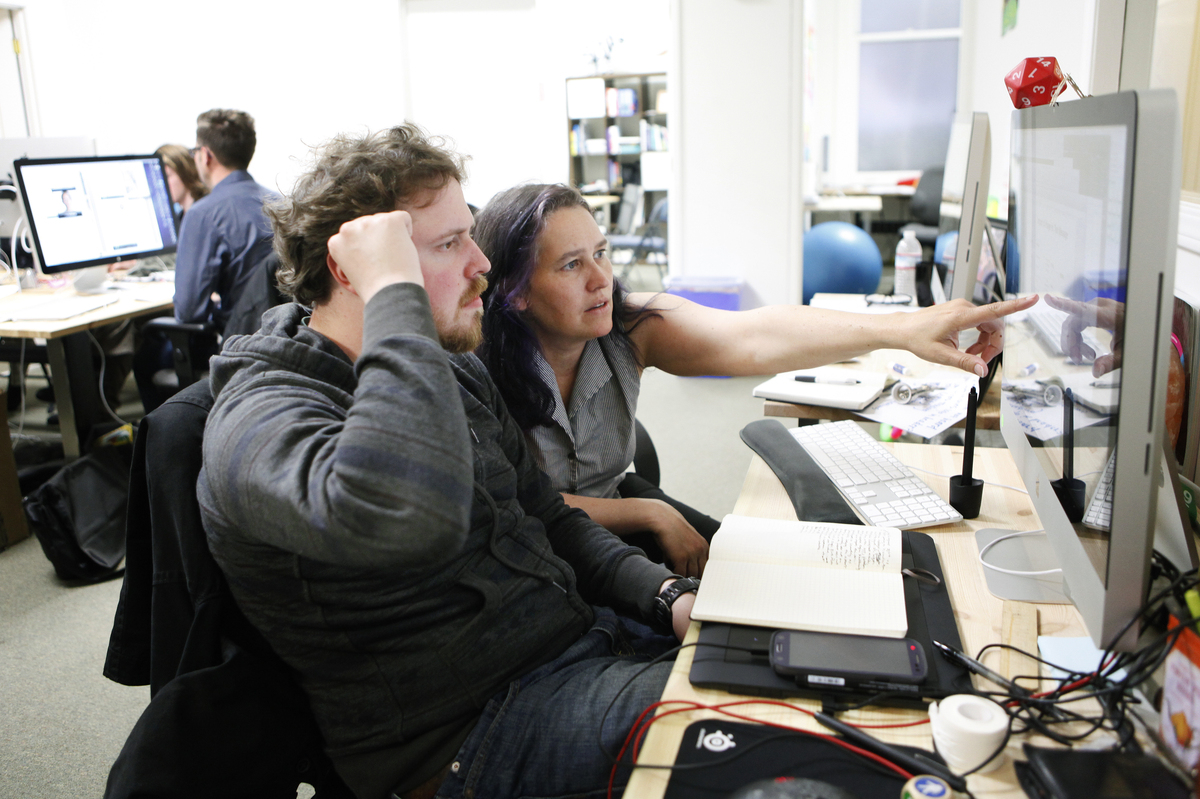 This story is part of our series, The Changing Lives of Women.

Sarah Allen has been the only woman on a team of computer programmers a few times in the more than two decades she has worked in the field. Most notably, she led the team — as the lone female programmer — that created Flash video, the dominant technology for streaming video on the Web.

Since only about 20 percent of all programmers are women, her experience isn't uncommon, and now she's trying to bring more women into the field. 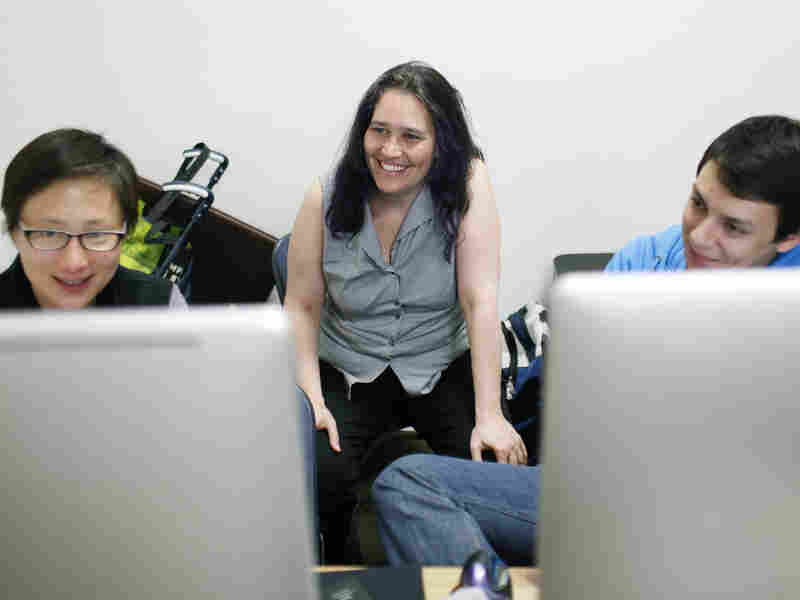 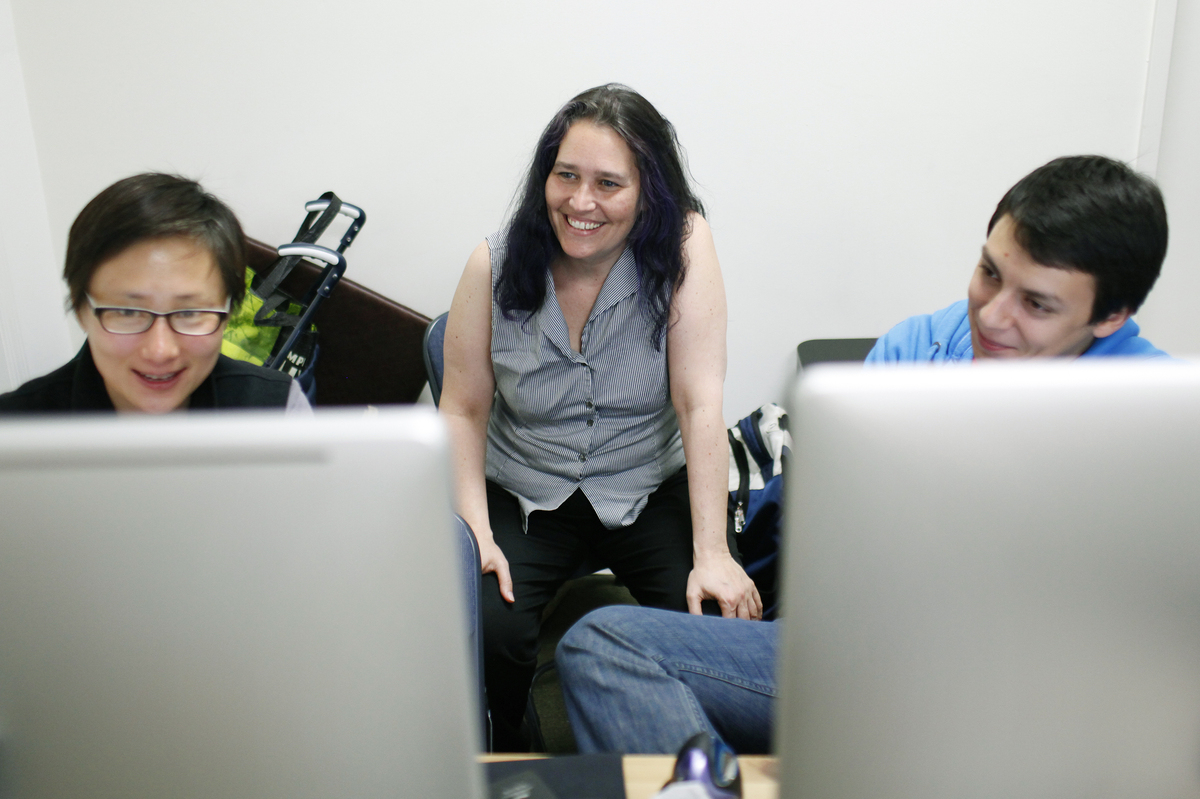 A little over four years ago, Allen founded Blazing Cloud, which does design and development of software for mobile devices. The company's mix of 10 programmers and designers work with entrepreneurs and help them take an idea and turn it into software that works.

Recently they met with Estee Solomon Gray, the founder of a company called Mmindd. Solomon Gray is trying to create a sort of next-generation calendar that better reflects people's priorities. Allen and her team help Solomon Gray visualize what her software might look like. Allen will then help Solomon Gray design and build a product.

"Her vision is maybe two years out, and our task is: How do we come up with a thing that we might build in a few months that would get this started?" Allen says.

Allen's experience as a programmer and developer is part of what got her this job, but Solomon Gray says Blazing Cloud also has a diverse team, and she didn't find that elsewhere.

"I was really surprised by how many design — let alone development — firms had women as window dressing: one woman on the team, and it turns out she's the salesperson," Solomon Gray says. "After a few of those, I started to get really upset."

Allen nods her head as she listens to Solomon Gray. She's well aware that many firms claim they can't find qualified women programmers. They say it's hard because only about 20 percent of the profession is female. Allen, whose firm is made up equally of men and women, doesn't buy it.

"If you're interviewing people for your job, and you haven't interviewed a woman, don't hire until you've at least interviewed one woman. And if your recruiter can't get you resumes that are diverse, find another recruiter," she says.

When asked if she has ever experienced sexism, Allen doesn't want to talk about it in those terms.

She Works: The Only Woman in the Room

"I don't think you can be a woman in our society and not experience sexism, so, sure, but that's not the point," she says.

Actually, Allen says, being a programmer has been a great career for her as a mom. Allen is married and has a 15-year-old son. "The women that I went to college with who are lawyers or doctors had a much harder time raising a family. They have to be there at certain times. I had an incredible amount of freedom, especially because I worked as a coder when I was a new mom and then I can work whenever I want, wherever I want," she says.

Allen got interested in computers when she was 12. Her mom was one of the first women to sell the Apple II, and she brought one home. Allen read the manual and taught herself to write simple programs. She says it seemed like magic to her: "I could wave my hands, and I could create this pattern in the machine, and then this thing exists that didn't exist before."

Allen graduated from Brown University in 1990 with a degree in computer science. A few years back, Allen starting going to workshops to learn a hot Web application framework called Ruby on Rails. Twitter was developed with it. Allen got really frustrated when she noticed that out of 200 people, only six were women. Allen and a friend started their own workshops; they were on weekends and had child care.

"We both tweeted about it. She posted to the San Francisco Women on the Web, and in less than 24 hours, we had a waiting list, and we've really proven that demand is not a problem," she says. "Every single workshop we've ever held has had a waiting list."

Since they began in 2009, the workshops — they call them RailsBridge — have drawn thousands of women, among them Lillie Chilen. Chilen was an art history and opera major in college. A lot of programming workshops felt uncomfortable.

"It can be intimidating not to have that context up front that says, 'We welcome you,' " Chilen says.

The RailsBridge workshops felt different. "It gives you a very focused opportunity to learn something and then also be a part of this network that just wants to help you do whatever you want to do next," she says. 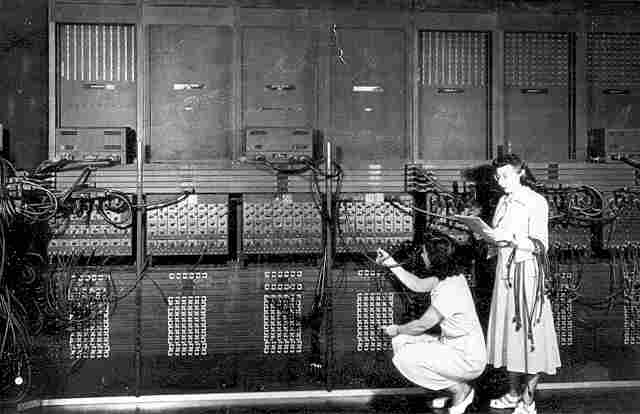 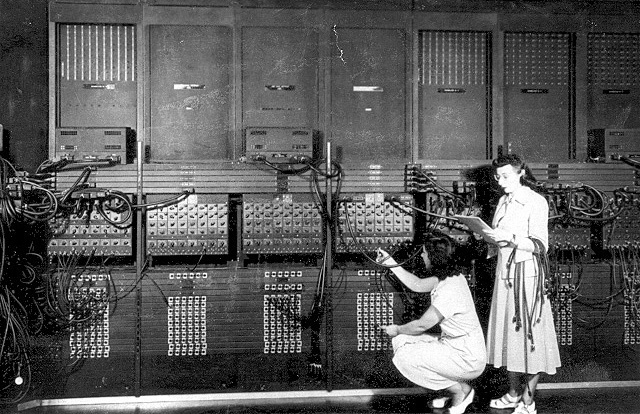 Chilen's next career move came from the workshop, where she met a woman who hired her as a programmer.

Finding A Path In Programming

Now, Allen is also working with minority groups such as Black Founders to teach more people Ruby on Rails.

"If we persist in this notion that the people who should be making software in our world are these people with low social skills who are hard to understand, we're going to miss the boat," Allen says. "We're not going to be able to solve the problems we need to solve if we don't have just lots of people who know about the rest of the world."

On the wall of Allen's office is a large photo of the ENIAC computer from 1946. It's large and dark. There are two women next to it in bright dresses moving some electrical cords. When a photo of the ENIAC appeared in Life magazine the women weren't identified.

"They thought they were like refrigerator ladies, that they were props to make the machine look more attractive," Allen says. Actually, they were early programmers Ester Gerston and Gloria Ruth Gordon.

Allen says the number of women who major in computer science has actually been going down. She hopes that making women in the field more visible to each other will help young women see that there is a path for them in what is one of the fastest growing professions in the world.

The audio of this story, as did a previous Web version, refers to Ruby on Rails as a programming language. It is actually a Web application framework.