Accessibility links
A Real-World Connection Between Video Games And Guns : All Tech Considered Video game makers want their products to be as realistic as possible. Often, that means modeling virtual weapons on real ones, then buying permission to use real brand names. For gun makers, that brand placement is worth a lot more than the licensing fees they collect. 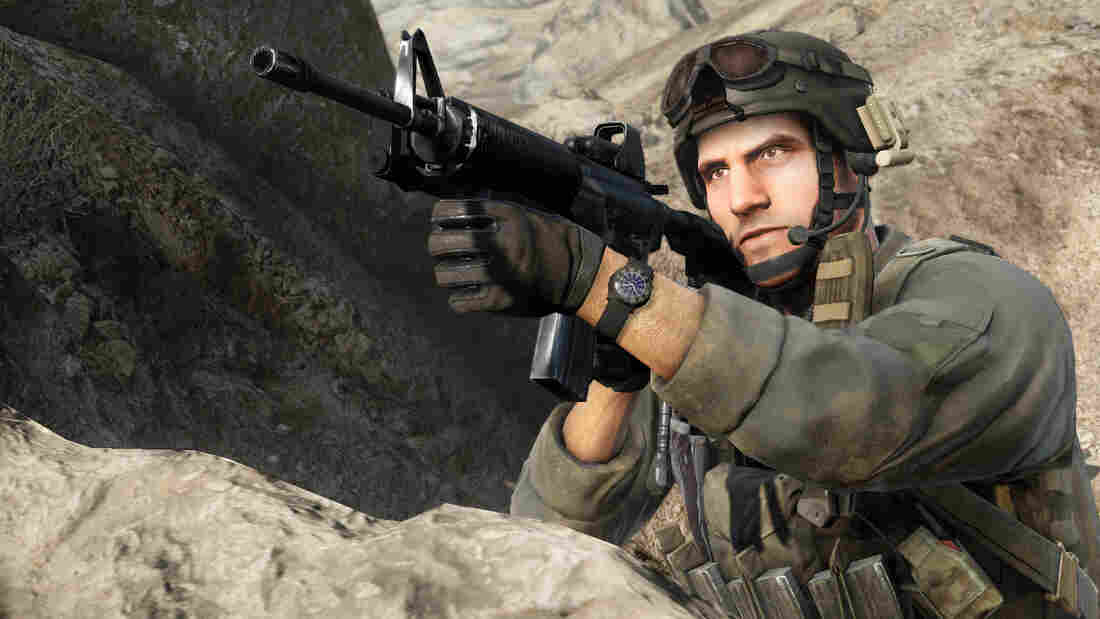 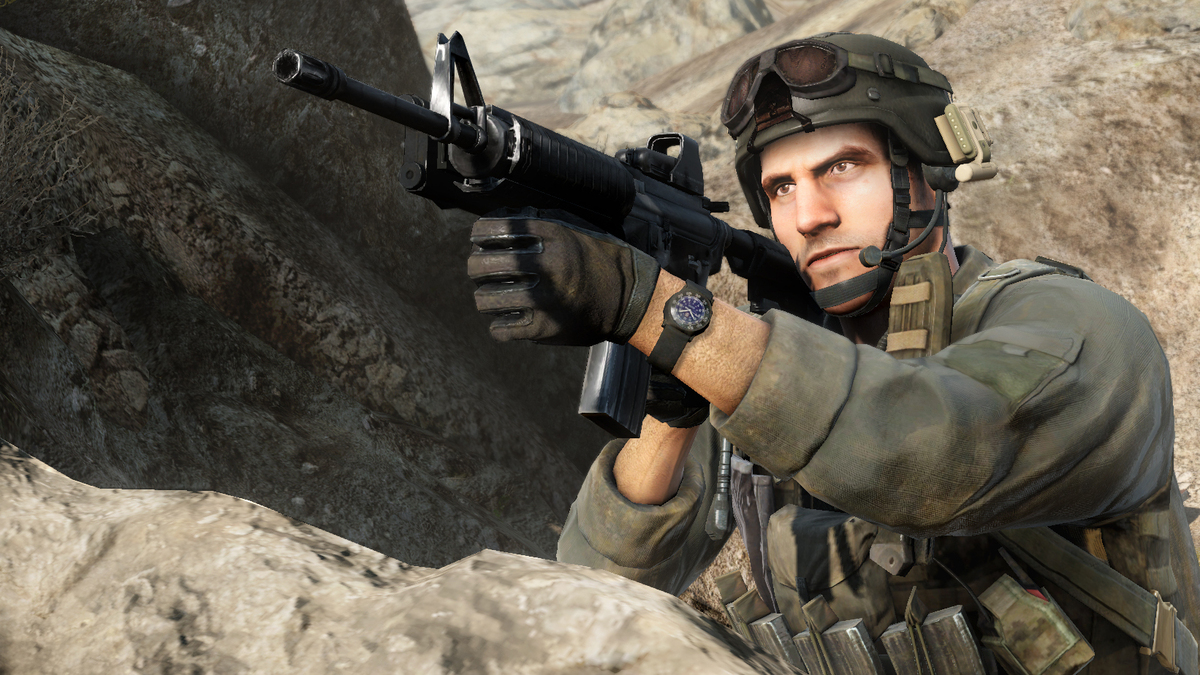 Medal of Honor's authentic action is a selling point for its publisher, Electronic Arts.

In the aftermath of last year's Newtown, Conn., school shootings, the Entertainment Software Association, which serves computer and video game publishers, issued a statement saying that years of research has shown no connection between entertainment and real-world violence.

But there's still a connection between video game makers and real-world gun makers.

Ralph Vaughn worked in public relations for Barrett Firearms Manufacturing for six years. He says part of his job was to relay messages between Barrett executives and video game companies to help the two sides come to a deal.

According to Vaughn, "[Barrett was] approached by many, many companies: video game [companies], gun safe companies, Airsoft companies."

All those companies wanted permission to use the Barrett brand.

A Different Kind Of Gun License

Gun sales spiked after the Newtown shooting, and first-person shooter games are doing blockbuster business. Last year, Call of Duty earned half a billion dollars in a day.

That same game features the long barrel and angled cartridge of a .50-caliber sniper rifle that's a virtual copy of a real Barrett gun. According to Vejay Lalla, a lawyer who works with clients to clear brands in video games, that's very much intentional.

"Game developers essentially want to make sure that games are as realistic as possible," he says.

So if the makers of Madden NFL want to use, say, the New England Patriots in their video game, they have to strike a deal with the NFL; and if the makers of Need For Speed want a bright orange Camaro in their game, they're going to have to talk to Chevrolet.

Lalla hasn't personally brokered any deals between gun companies and video game companies, but he says product placement for guns works the same way. Video game makers use realistic, brand-name weapons, and then depending on how the brand is portrayed, they decide whether to license the name.

"If the gun is instrumental in the game or visible or used often, then typically there is a clearance process involved," Lalla says.

According to Lalla, having real brands in games enriches the fantasy worlds game makers create. And for companies like Barrett Firearms, there's also value to making a deal, though Vaughn says it isn't for the money — it's "for the recognition or any potential advertising availability."

A Hole In 'Authentic Action'

In some cases, brand partnerships extend beyond a glimpse of a logo in a video game. Take the game Medal of Honor: Last year, its site featured links to gun manufacturers' websites. (Online sales are a big source of revenue for gun companies.)

Electronic Arts also partnered with the gun company Magpul to produce a promotional video that features Medal of Honor's executive producer and a representative from Magpul showing off gun accessories together.

Medal of Honor's "authentic action" is a selling point for Electronic Arts. (Electronic Arts and the other companies in this story did not agree to be interviewed on tape.) To get a military man's take on the authenticity of these games, NPR spoke with Navy veteran, gun owner and war gamer Nathan Zelk.

"Games today are very, very real," Zelk says. "It's the weapons; it's the story lines, you know, that people get caught up in — even the optics that are used on the guns, it says L-3 EOTech. It actually has the name of the brand on the side of it so you know which optic, you know, you could go out and buy."

But Zelk says not everything in the games is based in reality. "When you get trained in the military, you're taught about [the] use of lethal force. It's a very big deal in the military — you don't draw your weapon on anybody unless there's [an] imminent threat to you, your crew, your ship that you're on, those type of things."

The audio of this story, as did a previous Web version, incorrectly states that after the Newtown shootings Electronic Arts removed links to gun manufacturers that were on the Medal of Honor website. in fact, those links had been removed before the shootings took place.