Accessibility links
Stitching Connections Between U.S. Fashion Designers, Makers : All Tech Considered Matthew Burnett wanted his clothing line to be "Made in the USA." But he decided it was too difficult to find information on U.S. manufacturers. So Burnett and his business partners created Maker's Row, a website where people who design things can find people who make things. 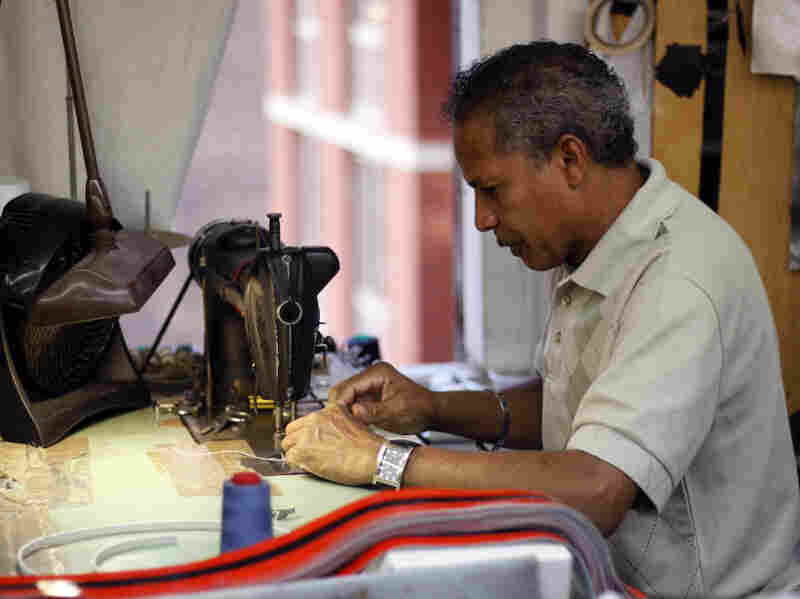 Universal Elliot Corp., a belt-maker in New York City, is one of the fashion companies featured on the Maker's Row website. Courtesy of Maker's Row hide caption 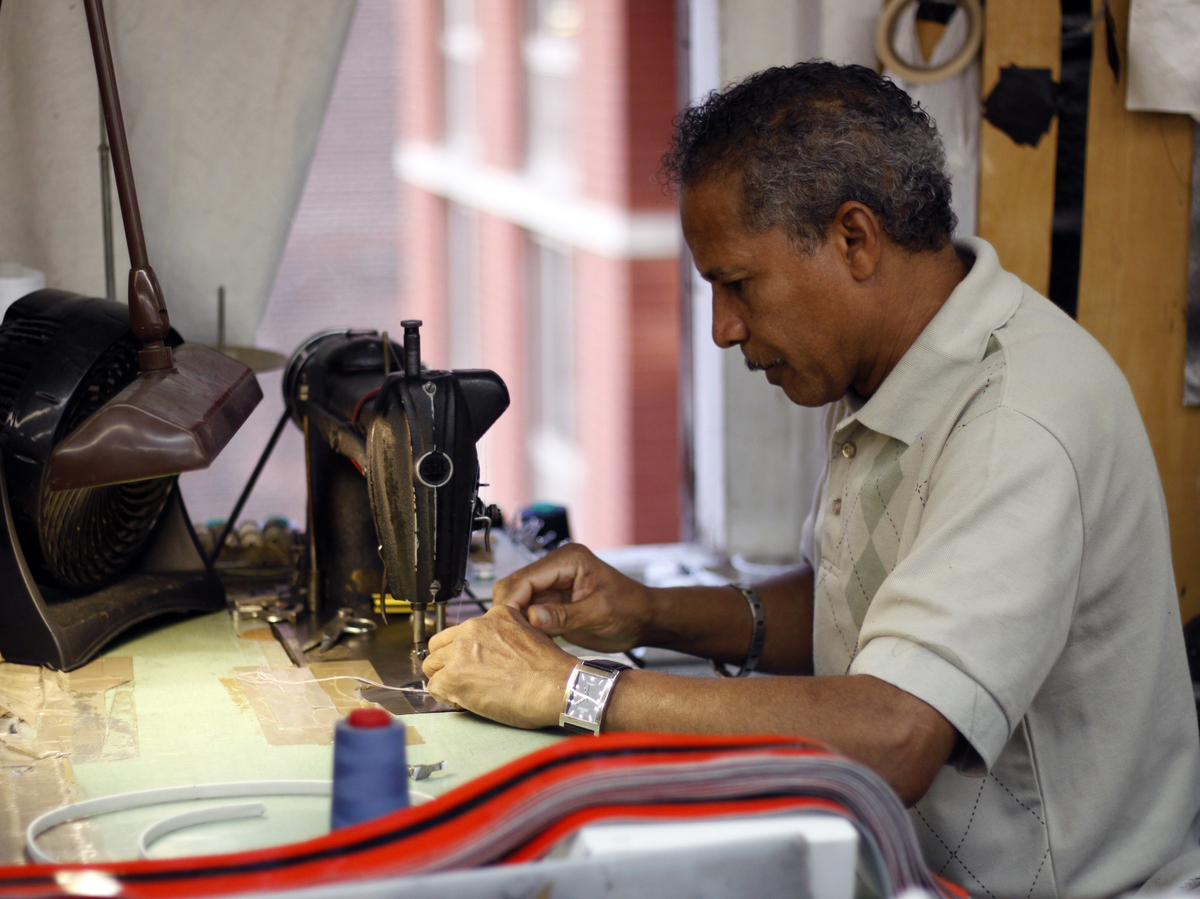 Universal Elliot Corp., a belt-maker in New York City, is one of the fashion companies featured on the Maker's Row website.

Hundreds of people died when a garment factory collapsed last month in Bangladesh. The tragedy is a reminder of the unsafe working conditions in overseas factories that produce so much of the clothing we buy.

Some people want more clothing to be made in the United States. A new website is connecting American designers and American manufacturers who want to produce high-quality fashion.

There's a scene in the movie Batman Begins where Bruce Wayne has to order 10,000 Batman masks from a company in China — but they all come back with defects.

This is actually a common problem with outsourcing fashion. And if you're not a billionaire crime fighter — if you're just a small businessman in Brooklyn like Matthew Burnett — you can't write off 10,000 defects.

A few years ago, Burnett was making fancy designers wristwatches. He thought the only way to manufacturer them was to use foreign companies. It turned out to be a nightmare.

"There were the language barriers," Burnett says. "There was the time zone differences. So I would be waiting up at 1, 2 o'clock in the morning to respond to emails." 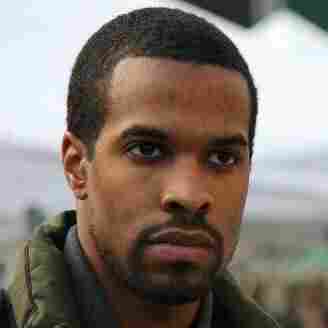 For his next company, a clothing line, he wanted everything to be "Made in the USA." The orders could be smaller. If there were problems, he could easily call up the factories. But he had no idea how to find factories in the United States. At one point, he went to local trade show and looked through a print catalog. For a guy raised on the Internet, a printed page can be frustrating.

"You have about a 2-inch-by-2-inch square to describe your specialty — and that's ridiculous," Burnett says.

So he and his business partners created a website where people who design things can find people who make things. The site is called Maker's Row. It's like a combination of The Yellow Pages and Match.com.

American manufacturers can put up a listing and even a video introduction. So let's say you want to find someone who prints T-shirts. You might turn to Neil Breslau, one of the owners and president of First2Print, which is featured on the website. Or if you're a belt designer, you might check out Universal Elliot Corp., a family-run business in New York City.

For designers, this is pretty exciting. Erica Murphy, a recent college grad, spent six frustrating months trying to start a line of children's clothes. "It's very difficult as a new entrant into this community to get information and to find contacts," she says.

Then she learned about Maker's Row. She went on the site and quickly found a company in South Carolina that makes elastics. "I contacted them and they got back to me, and they told me about their product and they gave me information about it," Murphy says.

Nicole Levy is one manufacturer who likes the new website. Her small factory, Baikal, makes fashionable handbags in Manhattan. She got a lot of calls from designers who saw her video online. She even had to hire more workers to keep up with demand.

"It could revolutionize the industry domestically because it could create a lot of labor for domestic factories and keep them around," Levy says.

Also, a "Made in the USA" label could be a good selling point for American consumers who want to avoid ethical questions about overseas manufacturing. But there are still some kinks to work out.

Some new designers don't quite understand how domestic manufacturing works. Their rookie mistakes and naïve questions can be irritating to an old-timer like Terry Schwartz. His company, Sherry Accessories, has been in New York's Garment District for decades.

"The ones I can't handle are the ones who are making a product, who want to know why I can't make it for the same price as the Dominican Republic," Schwartz says.

He did take a few jobs from these new designers, and he's impressed with their creativity.

"I do have some things that are very unique," Schwartz says. "I honestly never saw things like this before, and I'm trying to create these for these people, to make them work."

And the Maker's Row site is still evolving, trying to be a better matchmaker. In less than six months, it has enlisted 1,700 manufacturers from across the country. Each factory is getting about 30 calls a month from potential clients.