Accessibility links
Bitstrips: Make Your Own Comics: Storytelling With Friends : All Tech Considered Bitstrips is a popular website and Facebook app that has teens and others making their own cartoons. Using templates they can modify, users can tell stories or jokes online and share them with friends. And the app is catching on in several foreign markets, including Mexico and Portugal.

Make Your Own Comics: Storytelling With Friends

Make Your Own Comics: Storytelling With Friends 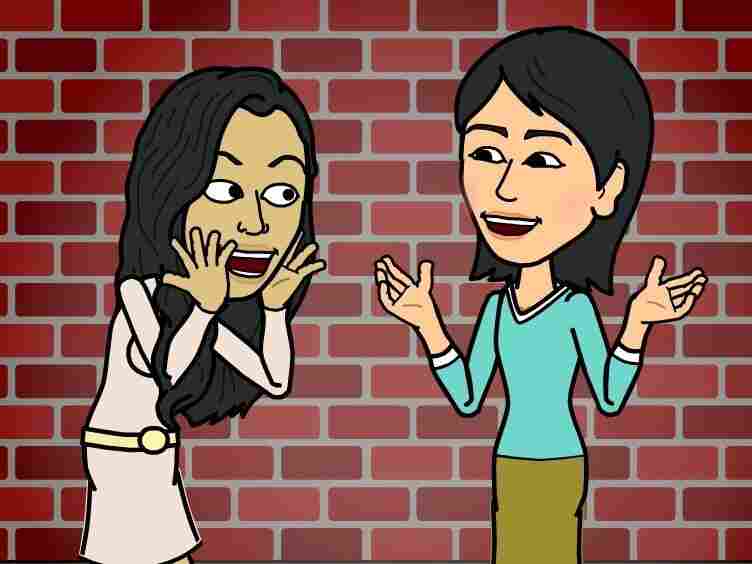 Bitstrips is a popular website and Facebook app that has teens and others making their own cartoons. Bitstrips hide caption

Jacob Blackstock first conceived of the burgeoning social comics site Bitstrips as a way to let the rest of the Internet participate in his childhood passion. As a kid, the comics he most enjoyed creating "were the ones I would make for my friends, starring those friends," he says.

In December, he converted that idea into an app (that has since gone viral). It lets Facebook users create cartoon avatars of themselves and their Facebook friends, and place those characters into customized comic strips.

But the cold reality is, it's not easy to create a respectably funny (and thus, shareable) comic.

The first version of Bitstrips, launched at the South by Southwest festival in 2008, was a digital comics toolkit site. Users could render a comic, a character or a scene using Bitstrips' extensive art library and basic drag-and-drop tools. But narratively, it was essentially a blank slate.

Anyone who has ever stared down the screen, struggling to articulate a framing concept, can understand how this absence of a storyline could be a paralyzing prospect. Thus, creating a cartoon avatar might be as much engagement with the Bitstrips site as an amateur like me might attempt.

The possibilities for user engagement opened up dramatically with the release of the company's Facebook app, which "instantly, stratospherically eclipsed the boost we got from SXSW" by more than 6,000 percent, Blackstock says. Just a few months later, the app has about 8.4 million active users.

What was the company's paradigm shift, exactly? Blackstock says the most significant adjustment was to tackle that blank slate. With the release of the app, professional cartoonists on Bitstrips' 12-person team began creating daily comics templates for users.

Here's one of the recent templates of the day, which the Bitstrips team captioned this way: 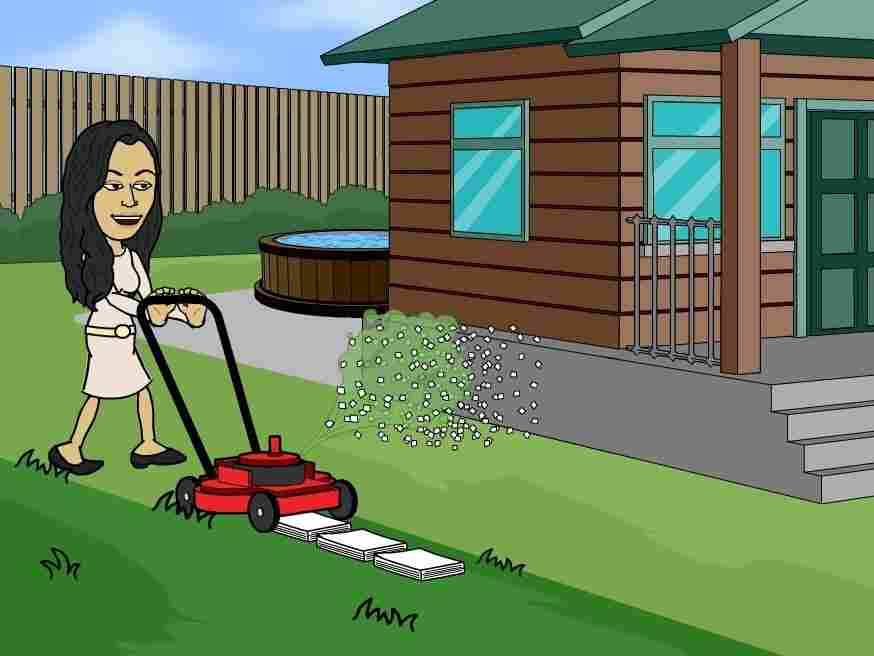 (User) found a way to take care of her chores and her homework at the same time! Bitstrips hide caption 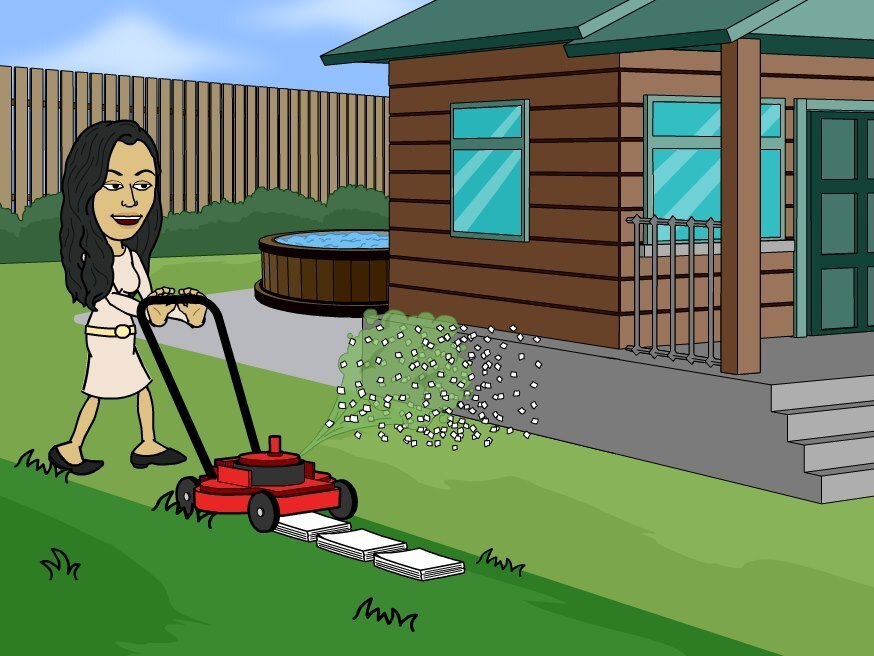 (User) found a way to take care of her chores and her homework at the same time!

And here's what Bitstrips user @Serg_15 did with the template: 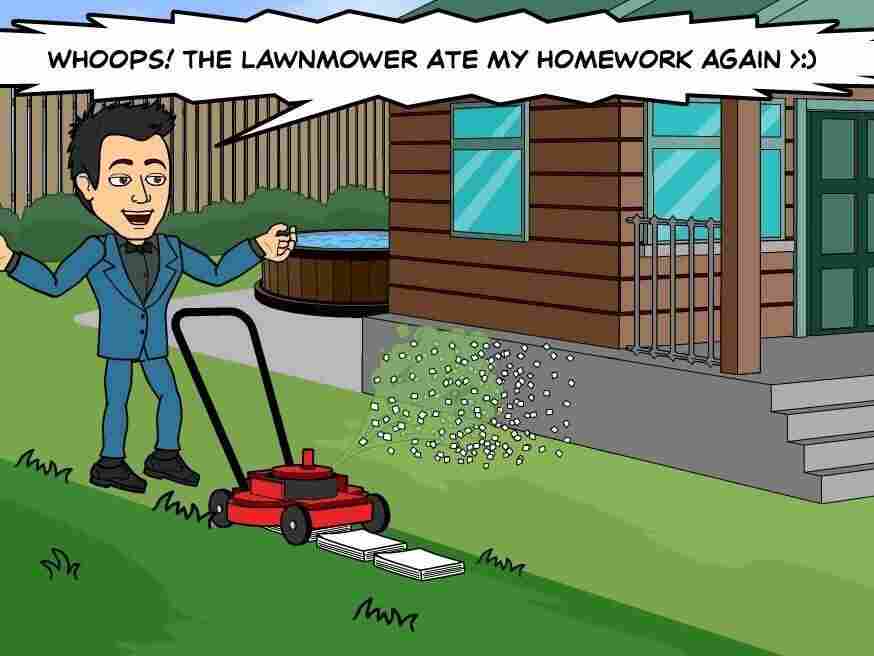 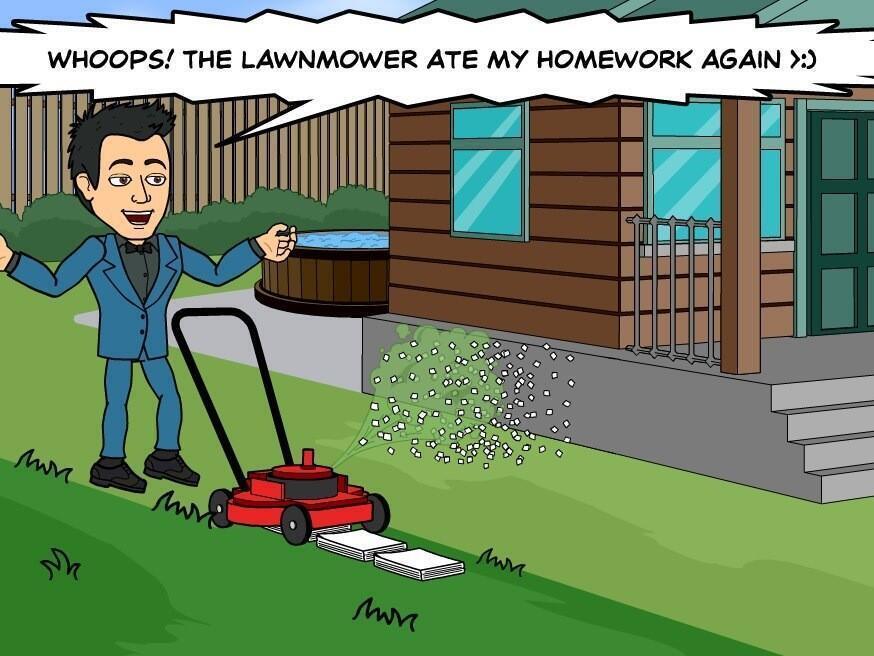 "The fact that almost 90 percent of our users customize these scenes tells us that they're still treating it as their own creative process, turning them into their own inside jokes," Blackstock says. "In that sense, we're engaged in a massive ongoing creative collaboration with millions of people, which I think is really cool — not just for us and our users, but for the medium of comics as a whole."

The combination of professionally created templates with amateur cartoonist aspirations amounts to a digital, customizable version of The New Yorker 's caption contest, with broader appeal. But what has also propelled the app's traction is that your comics almost beg to be pasted to friends' Facebook pages, like this one that I made about my colleague Lissa that would only delight those who know that she's obsessed with the movie Brokeback Mountain. 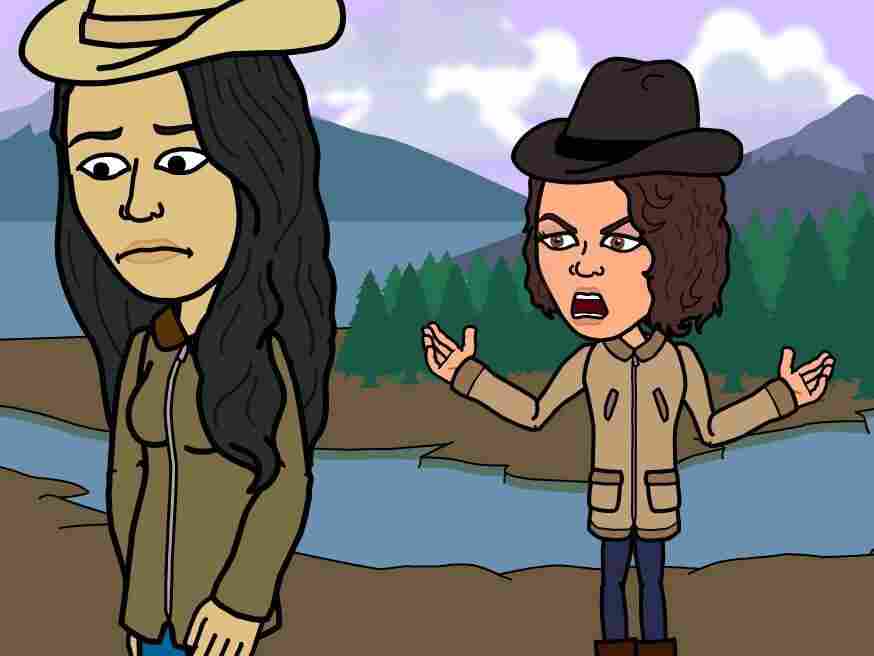 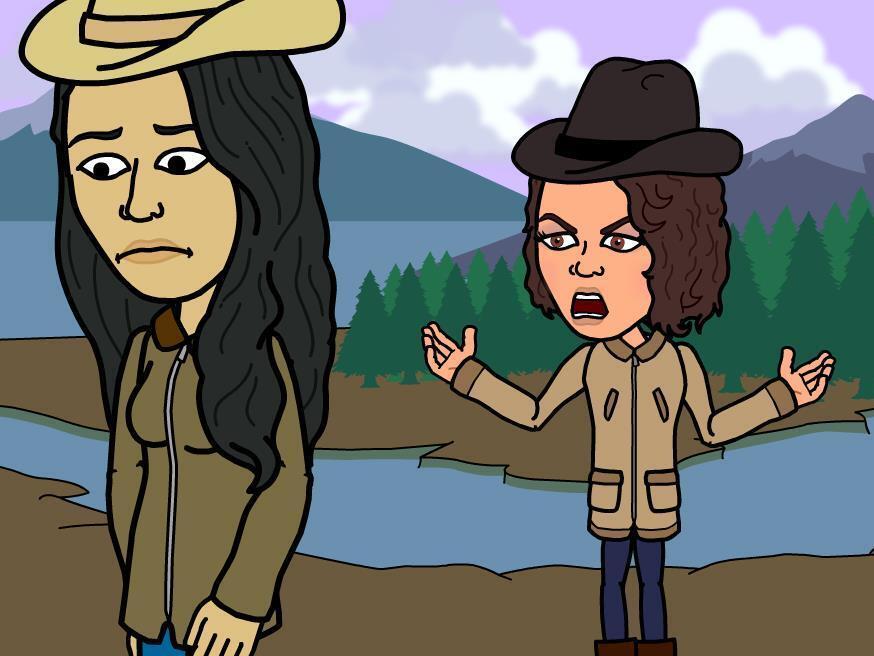 Nishat wishes she could quit Lissa.

"We've designed it so you can literally just hit share," Blackstock says of templates like that one, "and it's going to be a quality comic."

Other captioned templates that the app offered up to me this week included: 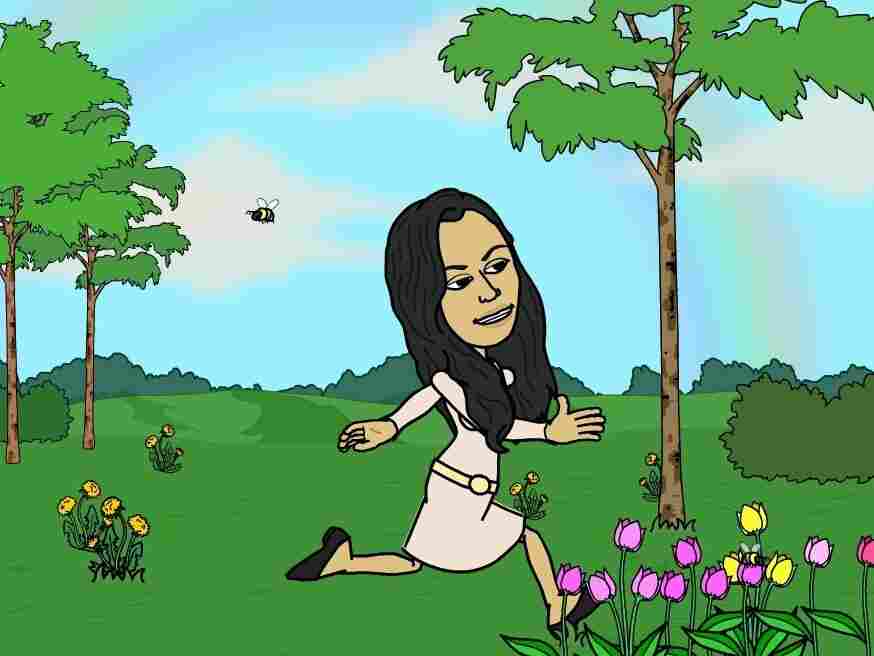 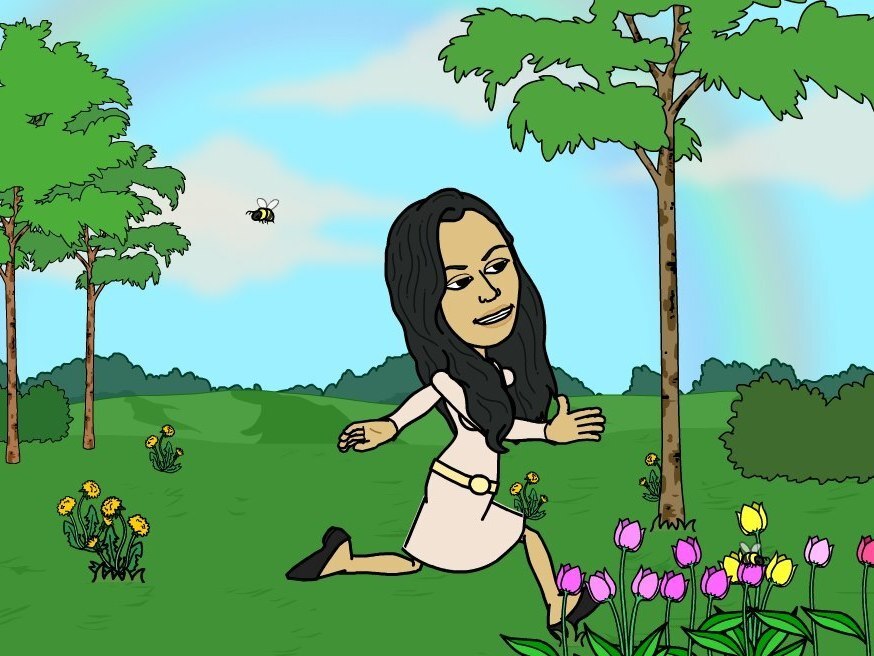 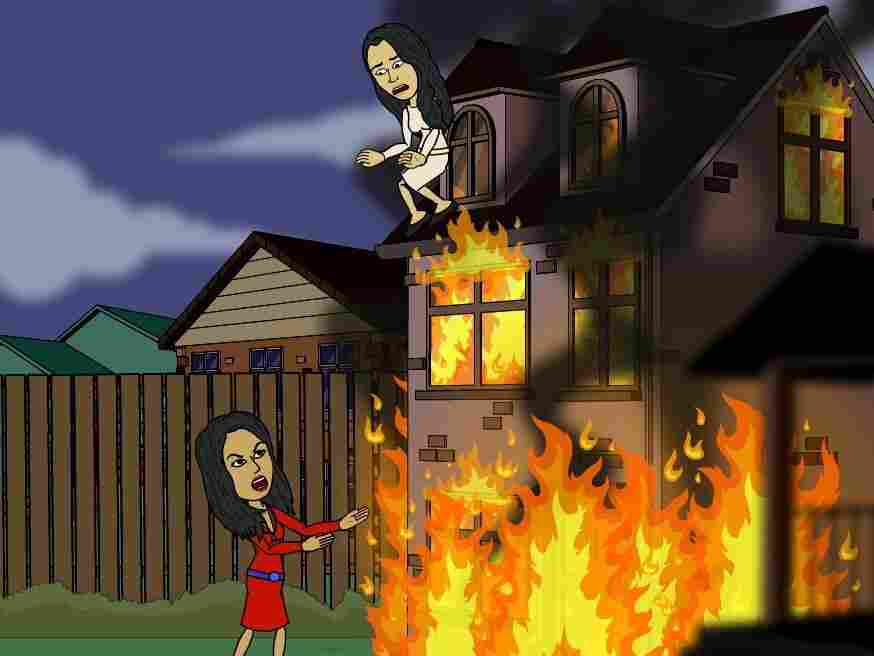 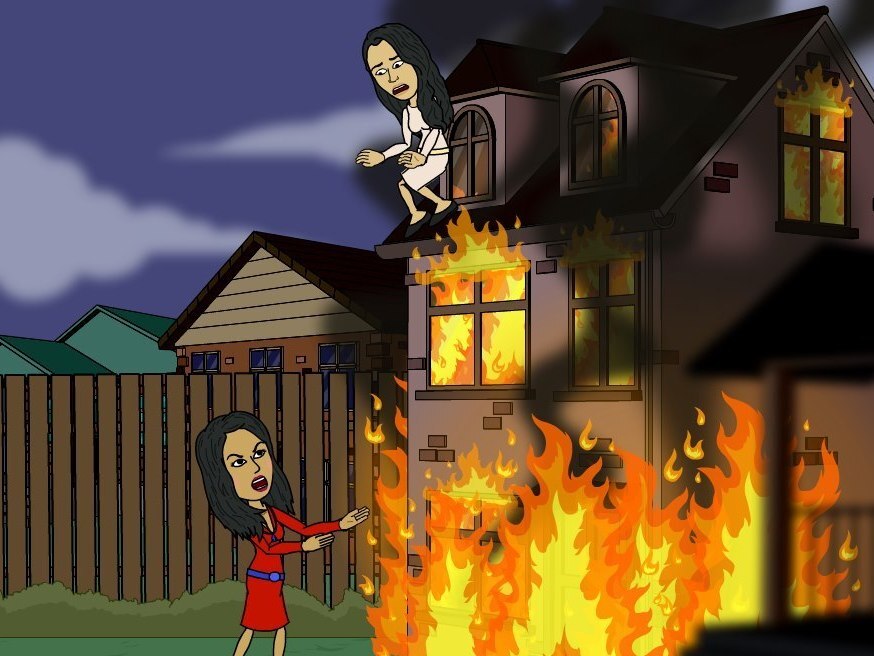 "Jump, Nishat! Ayesha will catch you!"

You get the picture.

At Bitstrips' suggestion, I was placed in a comic with my friend Ayesha Mattu. She says she doesn't actually get around to making too many comics of her own. "I find the Facebook interface a bit confusing," she explained. "But I love the idea of the avatar — another way of seeing yourself (i.e., brown people) reflected in art and lit. I'm planning on using it with my nieces and nephews as a way for them to create comic strips with characters that look like them, an empowering form of storytelling."

And though it's a Canadian, English-based app, some of Bitstrips' most prolific cartoonists are rendering their talk bubbles in other languages. "The first viral outbreak of Bitstrips was in Portugal, and then it was in Argentina. Now it's huge in Mexico and Peru and Algeria and Italy and Spain and Turkey," Blackstock says. "Once it's over a few hundred [users in a city] simultaneously, that's when it starts to take off."

Cities like Monterrey, Mexico, have racked up more than 300,000 users, but Blackstock isn't sure why. Elizabeth Betancur Arboleda, a 24-year-old user in Colombia, wouldn't speculate about that, either ("Humor is universal," she wrote), except to say that maybe it's because the app allows personalization of the text. Betancur Arboleda creates comics in Spanish and English, and says Bitstrips got her to start using Facebook more frequently after she had almost abandoned the social network.

"I'm always drawing me and my friends in all kinds of situations, even at work meetings. So when I discovered this tool that allowed me to make the same thing immediately and besides share it with many people," she says, she began using the app nearly every day. She sent this one to me at the bottom of an email: 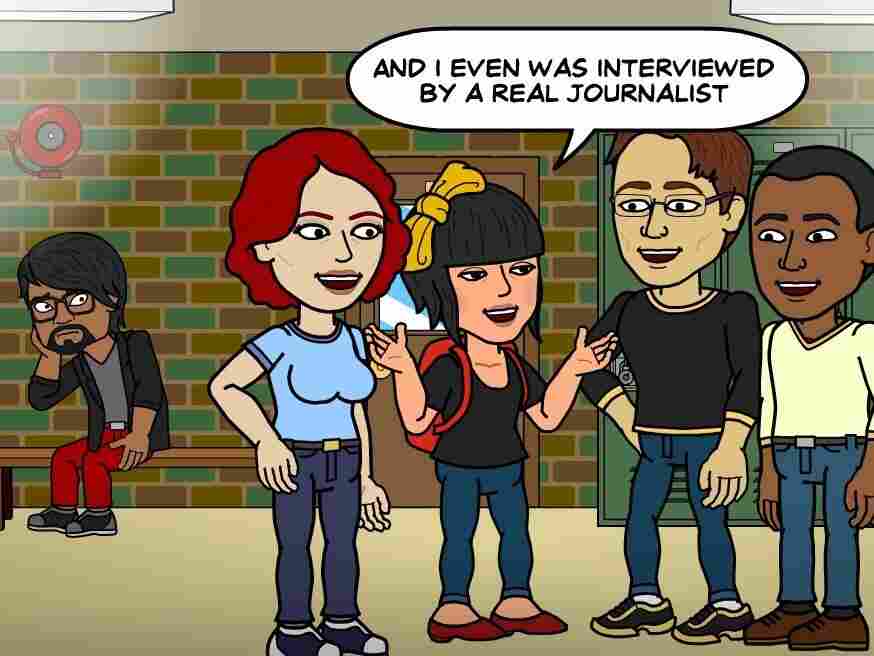 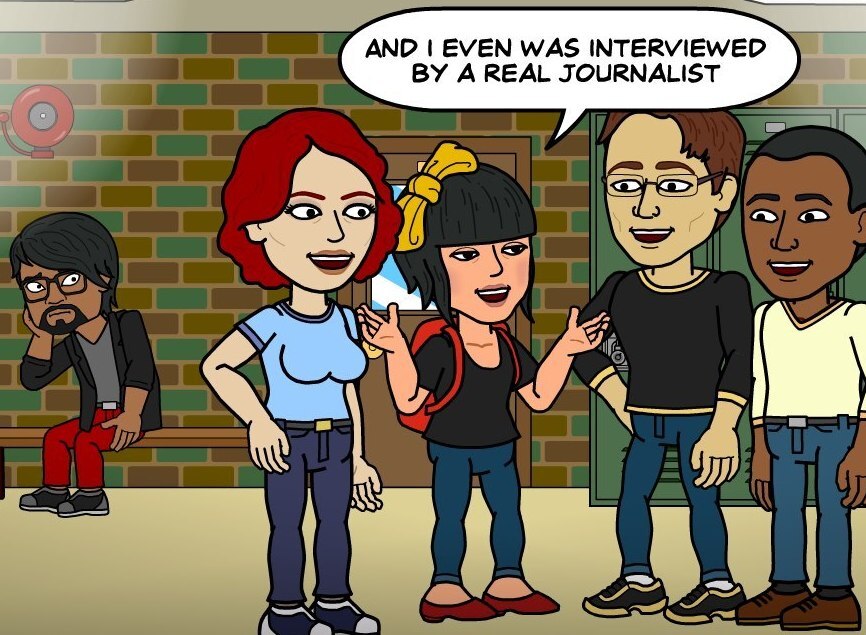 Also of note in the apps' user demographics: Perhaps unsurprisingly, a full 92 percent are young adults, and a little more than a quarter of users are teenagers.

Bitstrips hasn't had a typical "Silicon Valley startup" trajectory — for one thing, it's based in Ontario. For another, before the app launched, the biggest customer base had been educators, who, dispensing with the outmoded notion that comics don't belong in a classroom, began using the customizable strips in their lesson plans. Bitstrips has been adopted systemwide by the Ontario school district, and the company charges to license its product to educators.

Back in 2008, the founders poured their own money into Bitstrips (though Blackstock won't say how much), quitting their jobs to work on the site full time. The educational licensing has paid a lot of the bills since. But now that the app's social comics concept is taking off, it's time to explore new revenue models. There are a few small display ads nondescriptly squeezed between comics templates of the day, but Blackstock says the founders are also searching for investors that could help the company grow.

Turnstyle News is a tech and digital culture site from Youth Radio.