Accessibility links
Online College Courses Get A Big Boost, But Doubts Persist : All Tech Considered Degree-granting institutions are responding to austere budgets by catapulting themselves into the world of online education. But some professors point to low online completion rates as evidence that these "massive open online courses" do a disservice to students. 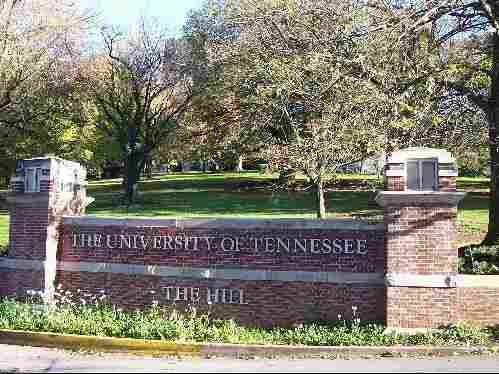 The University of Tennessee became one of 10 state university systems teaming up with Coursera, a for-profit tech company. Flickr Creative Commons hide caption

From New Mexico to New York, 10 state university systems have announced they are joining the ranks of elite institutions embracing the massive open online course, or MOOC, system.

On Thursday, they unveiled a landmark partnership with Coursera, a for-profit tech company with 3.5 million registered students. It's the biggest effort to catapult degree-granting institutions into the world of global education.

The state universities of Tennessee, Georgia, Colorado, Kentucky, Nebraska, New Mexico, West Virginia and New York and the Houston University System are taking the plunge to offer online courses to students across the globe for free.

Most of them already offer a catalog of courses online, which Coursera will format into modules for a fee of $3,000 to $5,000 each. That breaks down to between $30 and $60 per student, a fraction of what it costs to develop and deliver a traditional course.

For schools responding to tight budgets, it is an opportunity to save money and cut costs. Rich Rhoda, the executive director of Tennessee's Higher Education Commission, says this experiment stems from the economic realities of higher education, but brick-and-mortar campuses are here to stay.

"This is going to transform the way that we teach on college campuses; it is not going to substitute for it," says Daphne Koller, Coursera's co-founder and a computer science professor at Stanford University.

If the experiment works, students could earn a degree more quickly and more cheaply either entirely online or as part of a regular course of study. Institutions will be able to showcase their top professors and connect students to professors at other schools.

Critics of the online courses aren't sure MOOCs can do what their backers hope.

"Whether it costs a little less or a little more, I would not want my child's education to be an experiment," says Eileen Landy, a sociology professor at the State University of New York, Old Westbury. She is with the union that represents the 35,000 faculty members in the SUNY system.

"We know MOOCs have about an average of 10 percent completion rate and that's among very highly motivated students," Landy says. "If you target MOOCs for incoming students, students who need remediation, the chances are we'll lose them."

Faculty at a growing number of institutions have raised similar concerns, but Nancy Zimpher, the chancellor of the SUNY system, says the goal is to help students across the system's 64 campuses complete their degrees. "Since we have so many people who need what we offer, why not enhance access and completion through this vehicle as well?"

Koller says the deal marks the changing landscape of higher education. She hopes it will serve as a model for what she calls Coursera's social mission, working with countries around the world where people have no access to higher education. "You can basically change lives by giving people an opportunity that they never had before," Koller says.

Houston Davis is chief academic officer and vice chancellor with the university system of Georgia, one of the organizations included in the deal. He says Georgia's 31 state colleges and universities will be working with Coursera to improve quality and access, while raising college competition rates.

"I don't think anyone should see it as a magic pill," Davis says. "This has to be about high-quality teaching and learning opportunities at an affordable price for students."