Accessibility links
A Day In The Life Of The Relentlessly Tracked : All Tech Considered Swirling controversy over government seizure of millions of Verizon phone records is a reminder of just how much data consumers are constantly and willingly sharing each day.

A Day In The Life Of The Relentlessly Tracked

A Day In The Life Of The Relentlessly Tracked 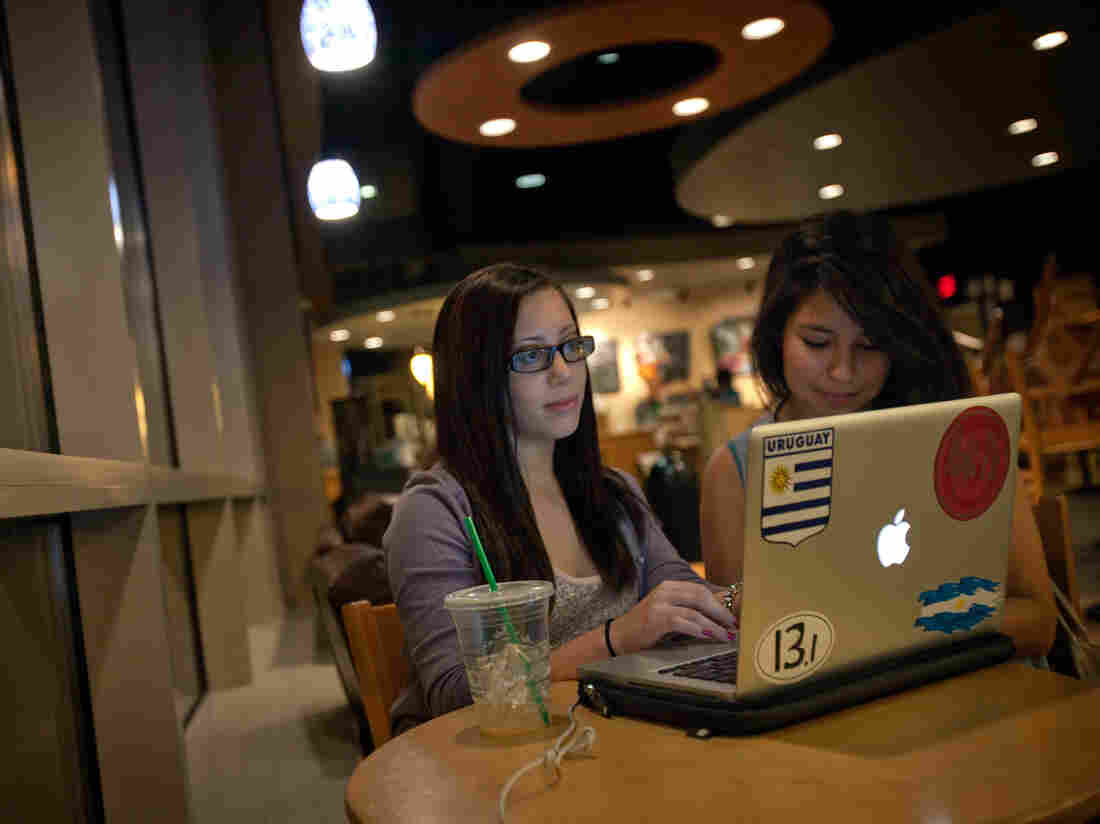 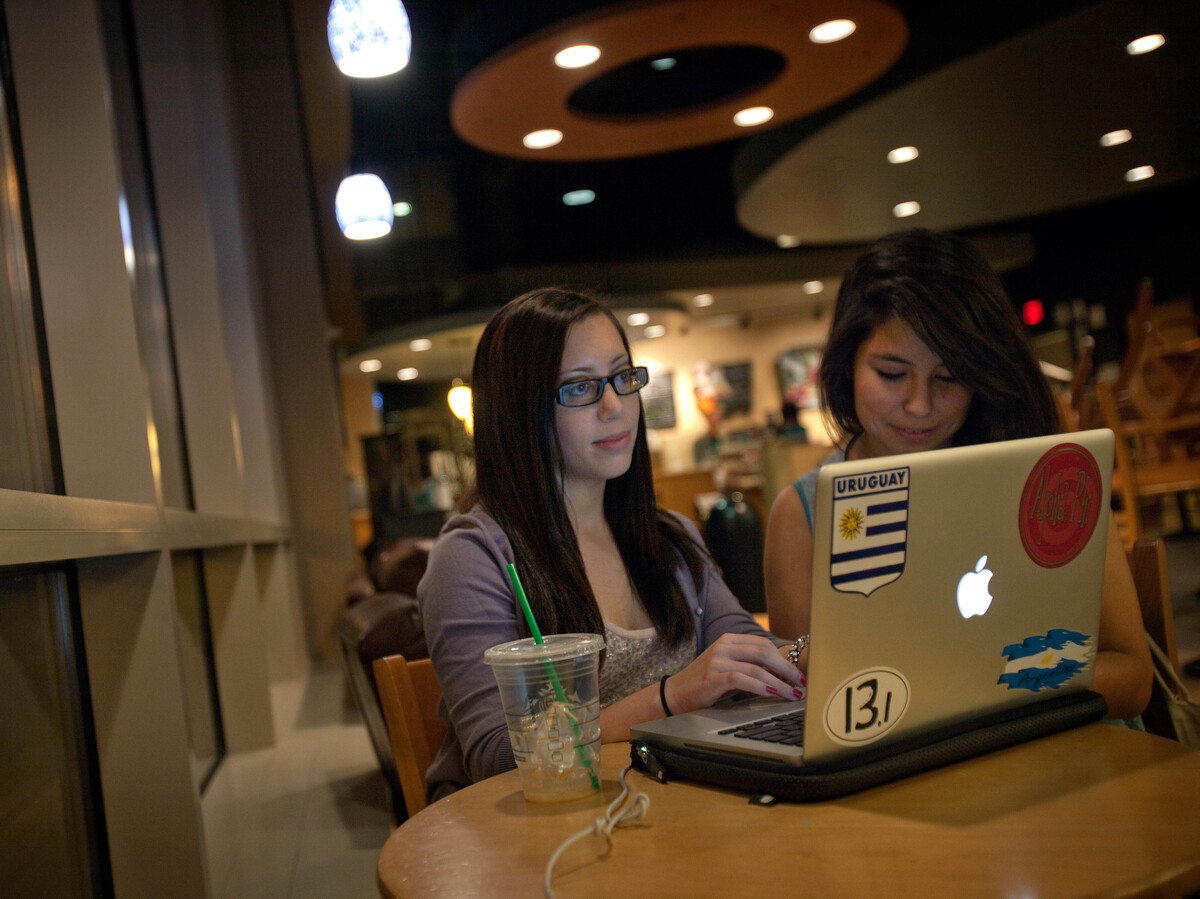 Today, every consumer click is an opportunity for companies to gather personal information.

Controversy is raging over a court order allowing the FBI and the National Security Agency to seize aggregate information of millions of Verizon customer phone calls. The scale is massive and indiscriminate, and the American Civil Liberties Union said it "could hardly be more alarming." The Obama administration defends the collection, saying it's necessary for protecting national security.

Just by reading this news on your computer or mobile device right now, you're being tracked. It's not necessarily the government that knows your every click, but the reality of modern life means we're constantly sharing our data.

"We forget that throughout the day, every day, we are broadcasting our whereabouts," said Amy Webb, CEO of Webbmedia Group, a Baltimore-based digital strategy agency. "We are being recorded, identified, scanned, compared to other databases for various things. We are under constant surveillance.

"If you sort of walk out into your day and think about what's happening during the day, you are traveling with a constant cloud of very personal digital data," she said.

As you think through a typical day of traveling with a digital cloud, interactions in which you give up your data can pile up fast.

Wake up, log into Facebook. It's no secret Facebook logs all of your activity — which search terms you use, interaction with other members, which pages you've looked at, friends you've accepted or ignored, messages and more.

Take a ride on public transportation. Your ticket or pass logs the time and location you enter stations and when you leave, and closed-circuit cameras watch those platforms 24/7.

Or, let's say you get in a car to drive to work. Going through a toll booth? Cameras record license plates. In the District of Columbia (and other major cities), license plates can be scanned for stolen vehicles.

Make a call en route to work. That's a cellphone provider making your call possible. "If you are using a device that works, it works because the device is being triangulated," Webb said. "The reason GPS works is your device has to be found to make it work. I'm surprised at people being shocked that companies have access to your whereabouts. If they didn't have access, your cellphone would not work."

Pick up a cup of coffee. More likely than not, the coffee shop asks for a membership card in order to give you a discount, but also so the company can get aggregate data of your Mocha Frappuccino purchases. If you charge the coffee, Visa knows you were there, and so does Starbucks.

Scan in when you arrive at work. At NPR, like at many companies, we are required to swipe our security cards to gain access into the building. It also gives us access to the parking garage, and the gym. So the company knows when employees get to work, leave or work out.

Browse the Web at work. The wide access that Google and other search engines have to your data is no secret. NPR's Linton Weeks wrote this about a typical Google user last year:

"Google will be able to combine his activities on the company's Gmail service with his Google search engine requests, his YouTube video habits and his interactivity with all other Google-owned offerings to create a dynamic profile that might prove very valuable to reputable — and perhaps not so reputable — marketing and sales firms."

Run an errand, park in the street. Many city parking departments utilize vehicles with cameras pointed outward that scan every license plate of parked cars. This allows authorities to identify cars with multiple outstanding tickets so they can boot them.

Or, use an app to get a cab. Uber, MyTaxi and other apps will know where they picked you up, the route the driver took, the time you got dropped off, how much you tipped.

Stop by a drugstore on the way home. Just choosing large socks over medium and using your CVS or Walgreens membership card to get a discount means that your size goes into a database that the companies use to log and perhaps send you coupons and promotions. As The New York Times reported in February 2012, consumer tracking is so sophisticated that women's choice of certain products indicating they are pregnant will allow companies to send diaper promotions nine months later:

"The desire to collect information on customers is not new for Target or any other large retailer, of course. For decades, Target has collected vast amounts of data on every person who regularly walks into one of its stores. Whenever possible, Target assigns each shopper a unique code — known internally as the Guest ID number — that keeps tabs on everything they buy."

At home, download some music on iTunes or select some songs on Spotify. Those companies track your selections so their algorithms can identify some recommendations tailored to you, and sell you the songs or subscriptions that best interest people with your data profile.

Watch a movie or TV show. If you're a cord cutter and are getting entertainment from Hulu or Netflix, every second and selection you stream gets counted. But cable boxes are also collecting aggregate viewer data. Technology inside cable boxes can record information to be analyzed for usage and engagement metrics.

Those are just some general examples. Depending on the way you live and work, your digital interactions could be more expansive.

Consumers agree to much of this tracking when clicking yes to those long terms of service agreements that pop up on our screens. But electronic privacy advocates say all that fine print is meant to make users let their guards down and agree to more tracking. They say that's exactly what marketers and the government want. Privacy advocates are fighting to make service terms less convoluted.

"I agree that it's exhausting right now," Rebecca Jeschke, who represents the consumer advocate group the Electronic Frontier Foundation, told NPR. "We can and should demand privacy protections from hardware and software developers that are clear and easy to understand."

Even with clearer terms, this kind of nonstop data sharing is a modern reality, Webb said.

"If you are honestly concerned about your own privacy, you have options. Learn how ... to turn off location on your device, turn on private browsing, if that's a concern," she said. "Your other choice is to disconnect. There are still cameras everywhere, but if you are totally concerned, you can build a cave out in the desert, bring lots of books and spend some time getting to know yourself better. Otherwise, just be aware that this is a reality."

Can You Hear Me Now? A Lighter Look At NSA Snooping