Accessibility links
Did Sony Already Win Gaming's Next-Gen Console War? : All Tech Considered It's that time again, when the video game gods unveil the new beasts that they will soon release into the wild and see who comes out on top. But at its E3 presentation this week, Sony may have taken the early lead with its PS4, a next-generation system with features that seem aimed at those disappointed with Microsoft's Xbox One. 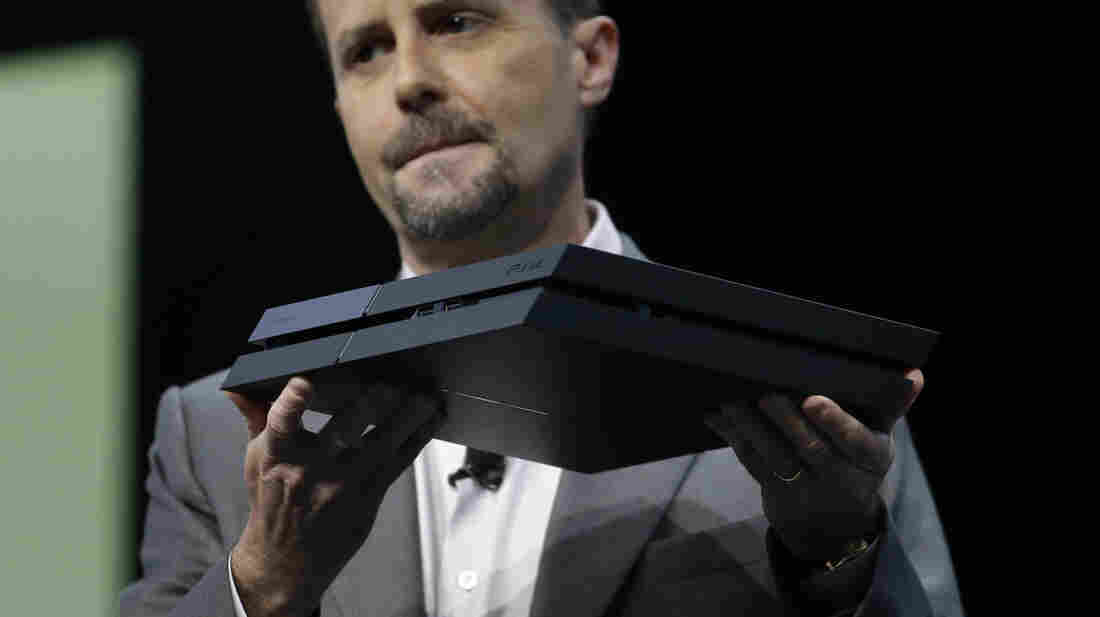 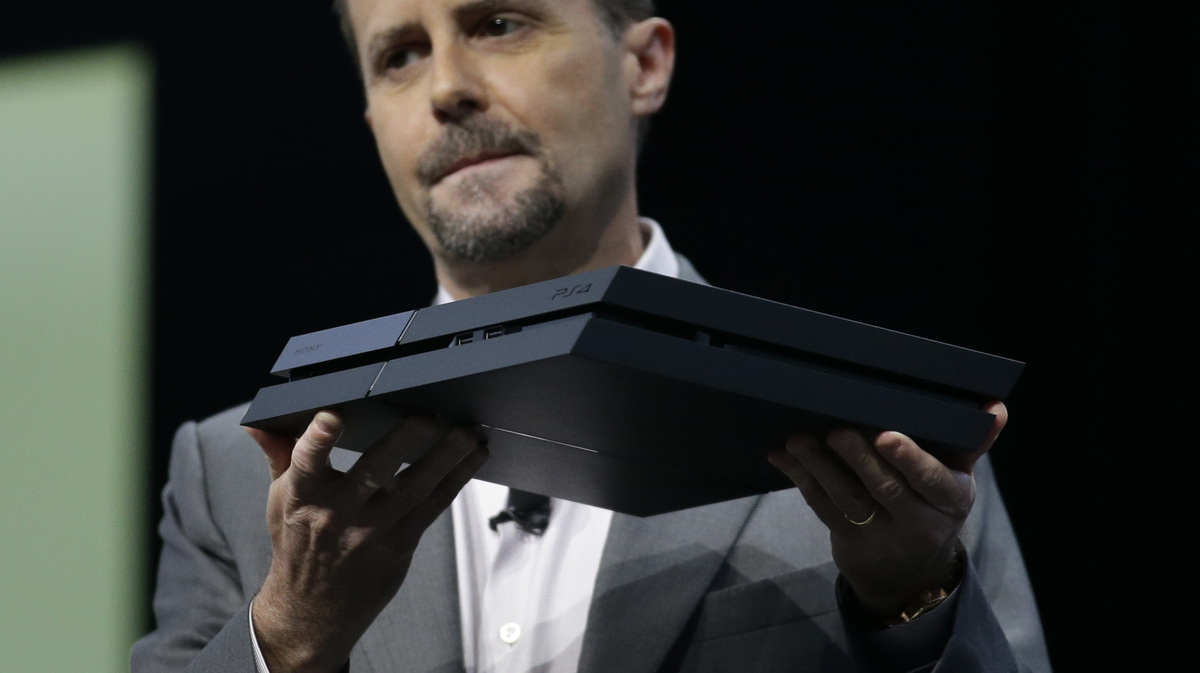 OK, so it might be a little presumptuous to call a winner considering that neither Sony's nor Microsoft's new console is on the market quite yet.

On Monday, however, on the first day of the Electronic Entertainment Expo, where the gaming industry tells consumers what to buy this holiday season, Sony dropped the mic to universal applause, as Digital Trends described it.

The unveiling of Sony's PlayStation 4, which it teased earlier this year, was the first time fans and the industry were able to see both consoles side by side and make their first knee-jerk decision about what they want to see under the tree later this year. 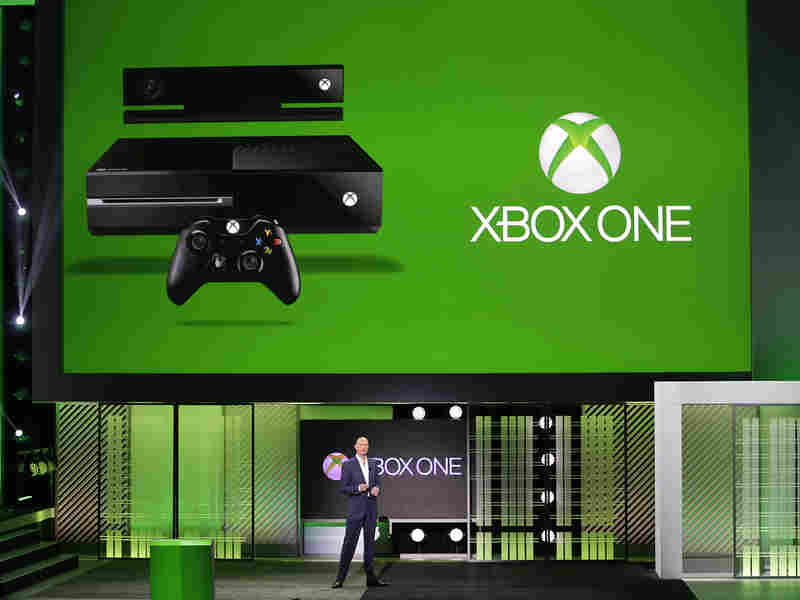 Microsoft focused on how cloud computing will make games for its next-generation Xbox One console more immersive during its presentation at E3 on Monday. Jae C. Hong/AP hide caption 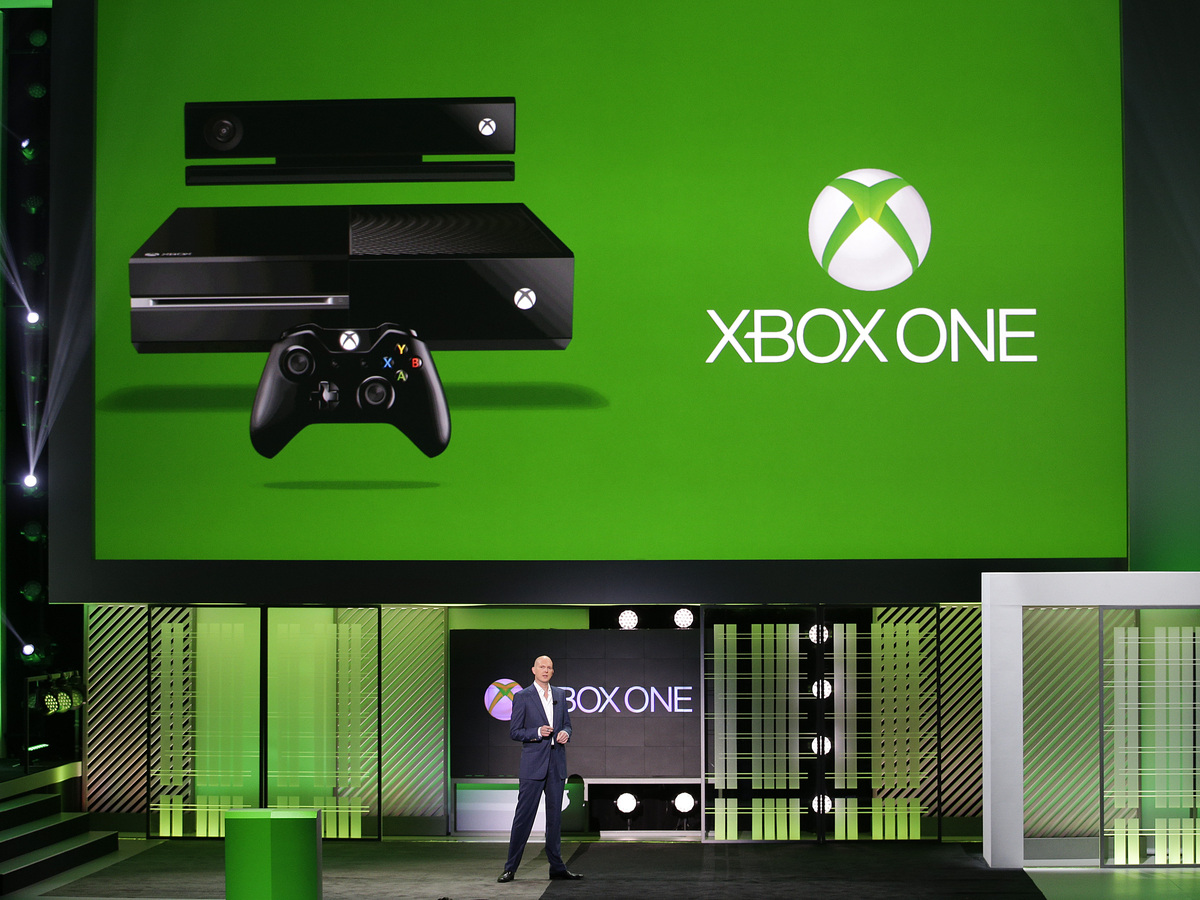 Microsoft focused on how cloud computing will make games for its next-generation Xbox One console more immersive during its presentation at E3 on Monday.

Sony hit the stage with a pitch for the PS4 that seemed tailor-made to respond to concerns gamers had with Microsoft's Xbox One. The company showed off its glossy new graphics and teased PS4 exclusive games and the rest of its launch lineup. But what really blew people away was Sony's support for the used game market — a huge part of the industry — the PS4's ability to be played without an Internet connection, and the price: $399.

Earlier in the day, the pressure was on for Microsoft to recover from what gaming site Kotaku called a disastrous introduction to its new system last month. Microsoft's heavy focus on the system's TV and other non-gaming features left a lot of people scratching their heads.

For its part, Microsoft's E3 presentation was not a disaster. Company representatives hardly mentioned the TV features and focused on what everyone wanted to see: the games. They, too, showcased several Xbox One exclusive titles, including teasing the next version of its flagship Halo series, and dropped a release date and price: $499 and available in November.

IGN has a more detailed breakdown and comparison of the two systems, and Nintendo's Wii U. 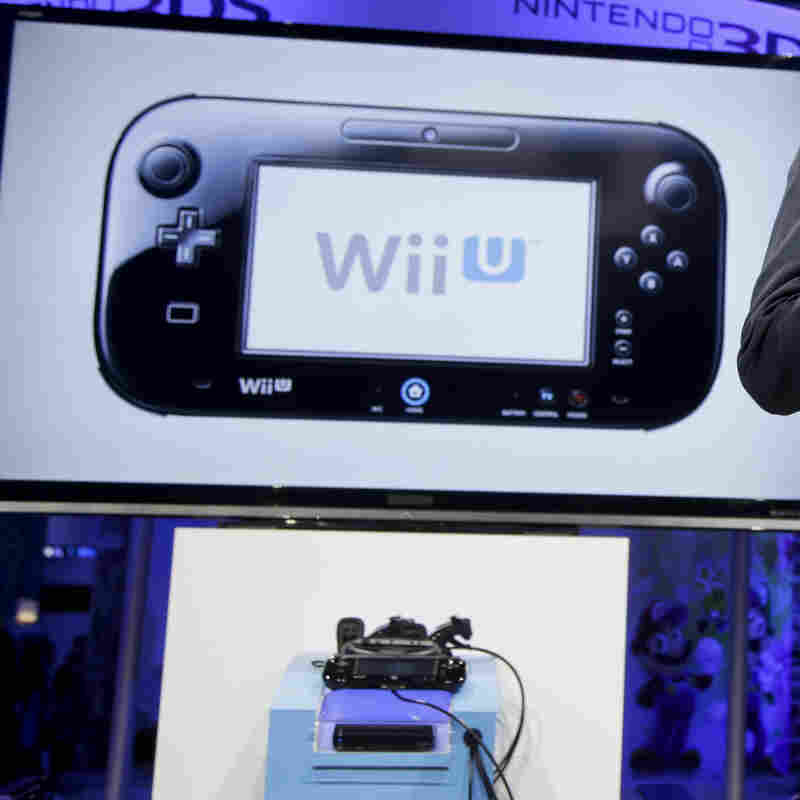 Nintendo's next-generation console, the Wii U, has been available since November. So far, it has sold 3.45 million units. Jae C. Hong/AP hide caption 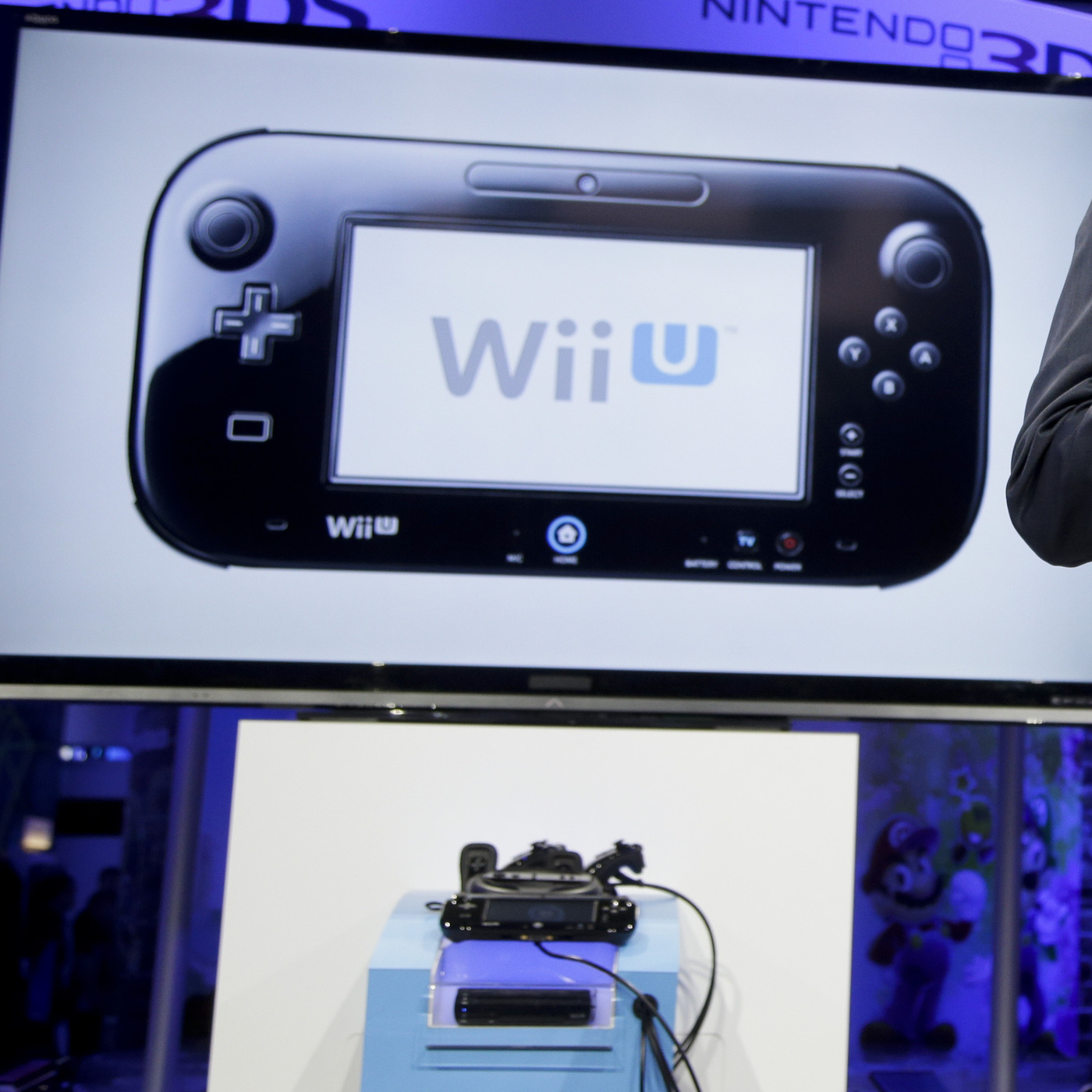 Nintendo's next-generation console, the Wii U, has been available since November. So far, it has sold 3.45 million units.

Speaking of Nintendo, it hit the stage at E3 on Tuesday. While many seem to think the current console war is between just Sony and Microsoft, the company whose name used to be synonymous with video games is in this battle as well.

Nintendo's latest console, the Wii U, was released in November, a full year before its competitors and at a price lower than both, $349. And though it has been met with varied and mixed reviews, the console has sold 3.45 million units worldwide as of March.

The Wii U lacks many of the online features, as well as the ability to play non-game discs of its competitors, however. So it remains unclear how Nintendo will fare this holiday season when those systems hit the market and gamers are looking for a new, shiny box to add to their home entertainment center.

What it does have is a loyal fan base and many exclusive games that are created with its innovative and unique controller in mind, which pushed sales of Nintendo's previous Wii console to nearly 100 million units worldwide.

Though we are still months away from the real heart of the new war to gain your gaming dollars — and Microsoft has plenty of time to readjust and return fire — it seems Sony might have scored a win on the first skirmish.