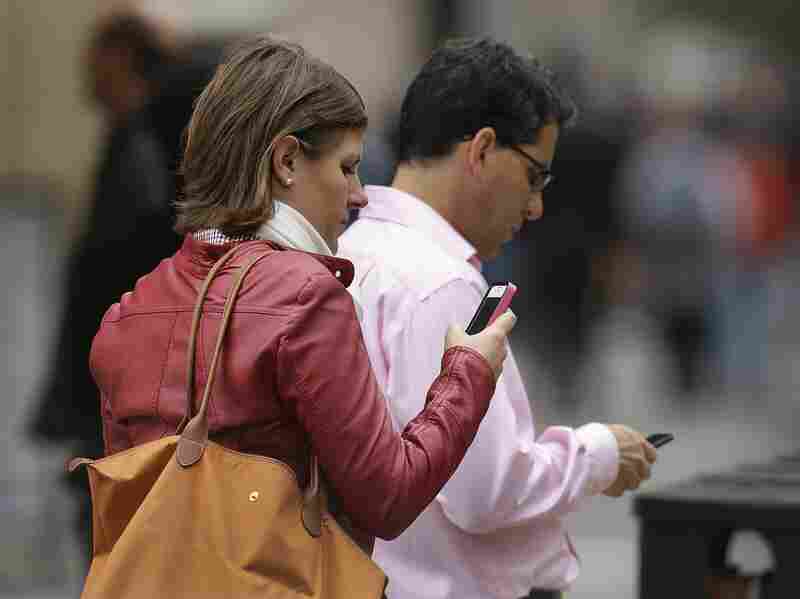 People use cellphones in downtown San Francisco. The city's district attorney and New York's attorney general plan to meet with major cellphone manufacturers, as they push the industry to do more to protect consumers from violent street crimes connected to cellphone thefts. Ben Margot/AP hide caption 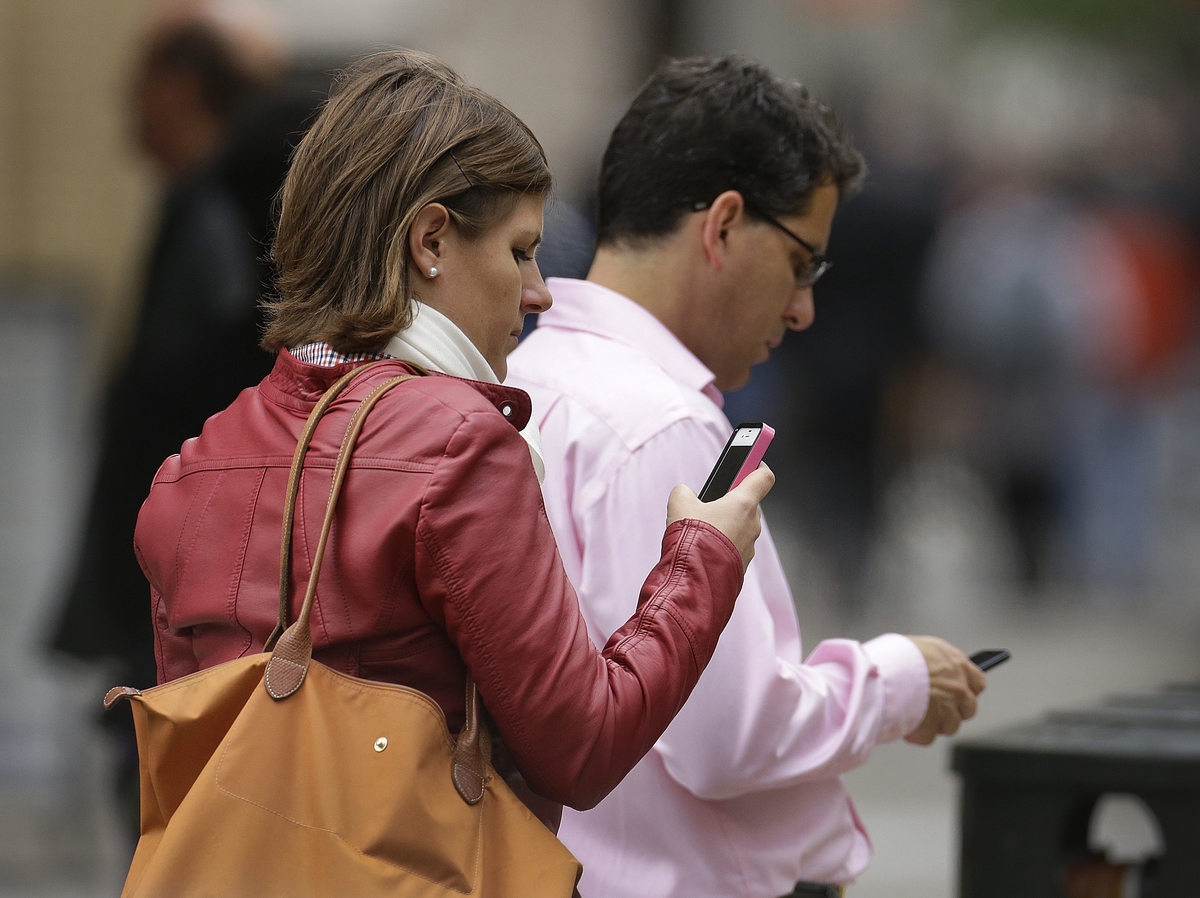 People use cellphones in downtown San Francisco. The city's district attorney and New York's attorney general plan to meet with major cellphone manufacturers, as they push the industry to do more to protect consumers from violent street crimes connected to cellphone thefts.

Cellphone thefts are now the single biggest source of property crime in many American cities. A recent study found that lost and stolen phones cost consumers close to $30 billion a year. And 10 percent of smartphone owners say they've had a phone stolen.

Almost everyone has a story about losing their phone; even tech reporters are not immune.

NPR's Laura Sydell lost her phone and spent over three hours skulking around San Francisco using an app and an iPad to track her phone thief.

"So this friend came with me, and we went to this bar which seemed right where my phone was," Laura said. "But, of course, what are you going to do, walk around the bar saying, 'Did you steal my phone?' "

Laura could have set off an alarm on her phone and made it scream, but most cops recommend that you do not do this. Tracking down and confronting your cellphone thief isn't safe, or really smart, but it's tempting. And the technology that makes it possible makes phone thefts even more aggravating.

So some law enforcement officials, including New York Attorney General Eric Schneiderman, would like the industry to do something about it.

"There is a huge industry in stolen smartphones," Schneiderman says. "We now have in a lot of cities essentially open air markets for smartphones. We have sophisticated operations where they export them to other countries."

Schneiderman and others are asking tech companies to create a kill switch that, as Schneiderman puts it, will "make every one of these phones something that could be incapacitated and essentially turned into nothing more than a paperweight."

This week, Apple took a step in that direction. It will add a feature this fall that will render iPhones inoperable if thieves try to turn off a tracking program without a password.

If you can cancel a credit card, Schneiderman says, you should be able to cancel a phone: Transform it into a brick and take away the incentive for thieves. But some in the technology community say simply adding a kill switch to smartphones could create more problems.

"If there is a mechanism by which somebody can remotely disable and brick a device, we don't want that to be a target for malware," says Kevin Mahaffey, co-founder of the mobile security company Lookout.

Mahaffey's company is working with law enforcement groups to help find safe ways to build in a kill switch on smartphones.

"So, all of a sudden if there were a way that you can cause millions of devices to all of a sudden become inoperable, that can be a huge amount of money if somebody attacks that system," Mahaffey says.

Apple's new security feature won't roll out for a few months, but Schneiderman calls it a step in the right direction.