Accessibility links
Please Text And Tweet During This Theater Performance : All Tech Considered A play that encourages the audience to keep its phones on, take photos and live-tweet the characters onstage. "All it really did was give me a chance to check my email during the show," contributor Noah Nelson writes. 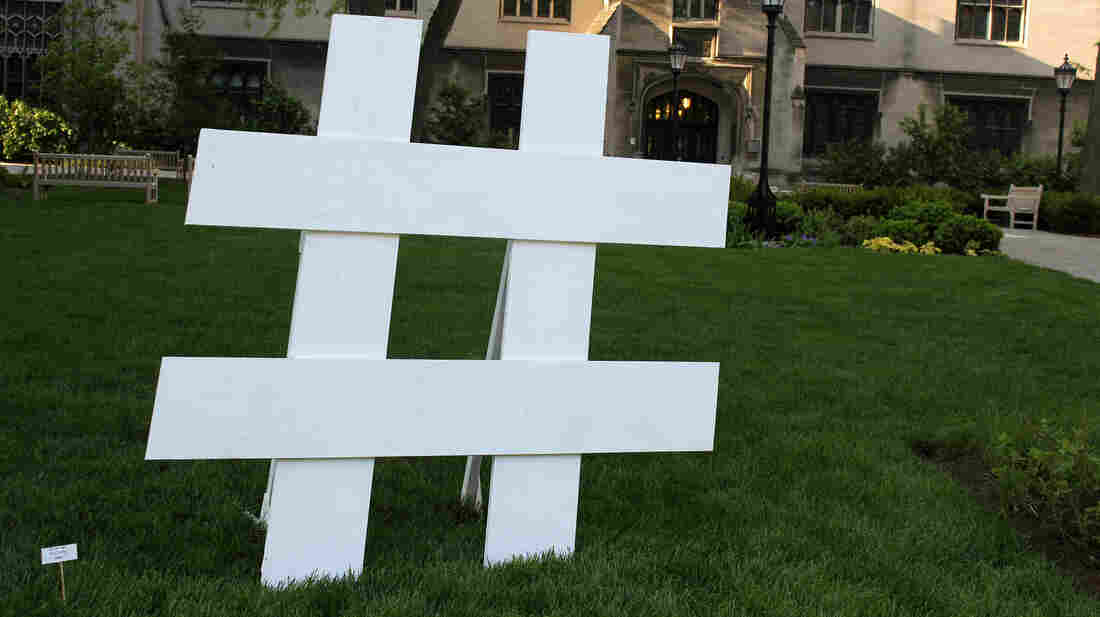 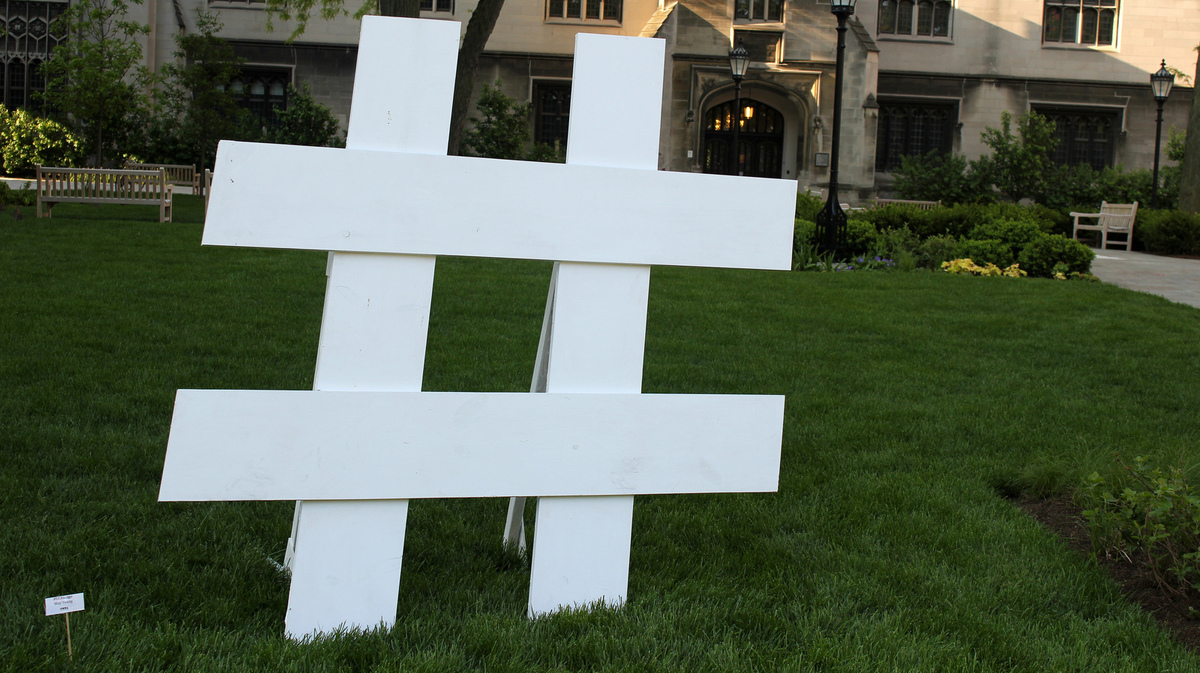 A show called #Hashtag encourages audience members to tweet during the performance.

See if this sounds familiar: You're seated in a movie theater, watching the latest IMAX disaster flick when someone slides their iPhone out of their pocket and starts texting their significant other. The glow from the phone lights up their face like the man in the moon and somehow — despite the $75 million used on the pyrotechnic budget alone — that blue-white glow at the edge of your vision triggers instincts honed over millions of years of evolution, and you find yourself incapable of focusing on the movie.

Now imagine that was happening in a live theater, with flesh-and-blood performers vying for your attention. It would be the height of rudeness, right?

Some theatrical producers see it as an opportunity for marketing their shows and creating a more familiar, immersive experience for a generation that has come of age constantly fidgeting with social media apps.

As Twitter and Facebook have become ubiquitous parts of our lives, there have been numerous experiments over the past few years. This past weekend, I finally had a chance to attend a show that encouraged audience members to actively use social media while they watched.

The production was part of the fourth annual Hollywood Fringe Festival, a noncurated theater and arts festival that has been growing steadily since its inception in 2010. The show in question was the cleverly named #Hashtag, put on by a group called The Mechanical Heart Theater Co. A sample tweet from a night during the show's run:

I wish I could say that it converted me from a "tweet seat" naysayer into a social-media-in-the-theater enthusiast. All it really did was give me a chance to check my email during the show.

The Mechanical Heart Theater Co. is clearly a young outfit, and #Hashtag is an experiment driven by what director Jeffrey Wienckowski refers to as the "title and a vague idea" formed shortly before the performance. Six weeks of improv isn't enough time to judge a work on little more than the core ideas.

The central problem is that workshop-level productions can be rough enough going without the added temptation of Twitter.

'Tweet Seats' Come To Theaters, But Can Patrons Plug In Without Tuning Out?

Yet by inviting the audience to engage with the social media that is sitting in our pockets, the conceit of #Hashtag puts itself in competition with the production on stage.

After firing off a tweet related to the show, I received a response from a member of the Fringe community. What she had to say — only tangentially related to the show — was more interesting to me than the action on stage at that very moment. So I checked out. It wasn't fair to the show, but honestly, I felt like they started it.

#Hashtag feels much like its namesake: an indication that a conversation is taking place. What's missing is much of the meat of that conversation. Instead of using social media itself to directly reckon with the issues at hand, the audience is merely co-opted into becoming part of #Hashtag's marketing team.

To be fair, there were moments that cleverly theatricalize the kind of present shock-inducing trauma that our ever-buzzing, always demanding digital tethers create. A sequence involving OK Cupid notifications is particularly clever. Two actors play out a dinner scene while a third interrupts, thrusting the dating app's logo between the other two with manic comic energy.

There are rich veins of irony to be mined in an experiment like this. Social media ostensibly reveal the connections between us and encourage "authentic" communication. Those quotation marks matter — the public personas we adopt online are performance pieces whether we are conscious of them or not.

Alternatively, a social media experience could be crafted for a show that might reveal greater truths than what is being said onstage. A theater company could re-create the experience of being on the "back channel" of a public event, like all the snarky one-liners traded at conferences like South by Southwest — one of the great joys of social media.

What makes this noteworthy at all is the attempt to bring our buzzing friends into the sacred space of the theater. It seems to me that there is no point in inviting the little mechanical beasts in if they are not going to be used to reveal layers of the play's reality that drama alone cannot disclose.

Noah Nelson is a journalist at Turnstyle, a Bay Area-based tech news and culture site.