Accessibility links
Father: Teen Jailed For Facebook Comment Beaten Up Behind Bars : All Tech Considered The push to reduce Justin Carter's $500,000 bail is getting more urgent after his family says the Texas teen is suffering physical abuse while an inmate in a Central Texas jail. 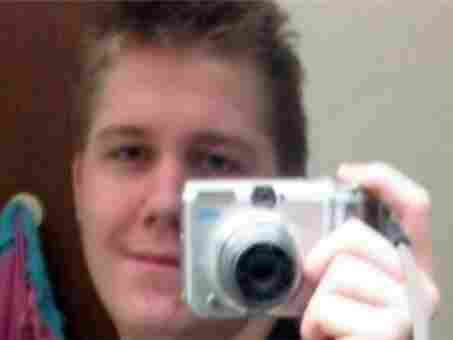 The family of Justin Carter, the 19-year-old Texas gamer who made offensive Facebook comments that landed him in jail, is working with new urgency to get his $500,000 bail reduced because they say he's getting beat up behind bars.

"Without getting into the really nasty details, he's had concussions, black eyes, moved four times from base for his own protection," says Carter's father, Jack. "He's been put in solitary confinement, nude, for days on end because he's depressed. All of this is extremely traumatic to this kid. This is a horrible experience."

Carter has been in jail since his arrest in February. After he finished playing the online game League of Legends, where the community trash-talking can get quite toxic, court documents show he posted the following messages on a Facebook page:

"I think Ima shoot up a kindergarten / And watch the blood of the innocent rain down/ And eat the beating heart of one of them."

Carter's father says his son was responding to an insult by being sarcastic and followed the message with "JK" for just kidding, but that's disputed by police.

In April, a grand jury in Comal County, Texas, indicted Carter on a charge of making a terroristic threat, and a judge set bail at $500,000. The high bail has kept Carter imprisoned while his case moves through the court process.

"I have been practicing law for 10 years, I've represented murderers, terrorists, rapists. Anything you can think of. I have never seen a bond at $500,000," says Carter's attorney, Don Flanary.

The charge is a third-degree felony, which in Texas carries up to 10 years in prison. The Comal County District Attorney's office hasn't responded to our calls, but police in New Braunfels, Texas, who have investigated the case, say in a time of heightened sensitivity to school shootings, their interest is in preventing violence when they can.

"The whole situation is kind of unfortunate," said New Braunfels Police Lt. John Wells. "We definitely understand the situation that Mr. Carter is in, however he made the comments, and it is an offense. We have to ... protect the general public and specifically, in this case, with it involving schoolchildren, we have to act. We take those very seriously."

Carter's father says his son's past five months of "suffering quite a bit of abuse" behind bars doesn't fit the crime. "He says he's really sorry. He just got caught up in the moment of the game and didn't think about the implications," Jack Carter says.

An Change.org online petition for Justin Carter's release has gotten nearly 40,000 signatures, and attorney Flanary got a new hearing set for July 16 to bring up issues of his abuse and to try to get bond lowered so Carter can go home to await trial.

If convicted, Carter could face up to 10 years in prison.