Accessibility links
Why A Symbol For 'The' Probably Won't Take Off : All Tech Considered An Australian restaurant owner wants to replace the most common word in the English language, "the," with a new symbol. He wants to create more space for typing, texting and Twitter. But will this character be as popular as the ampersand, which sometimes replaces "and" with the symbol "&"?

Why A Symbol For 'The' Probably Won't Take Off

Why A Symbol For 'The' Probably Won't Take Off 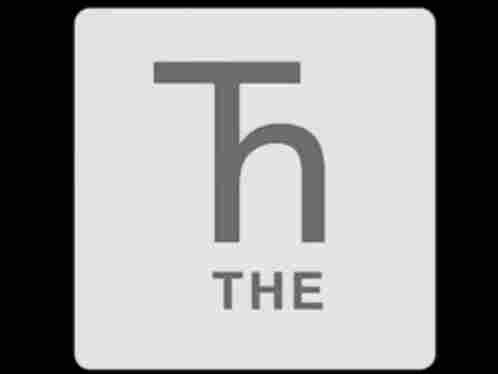 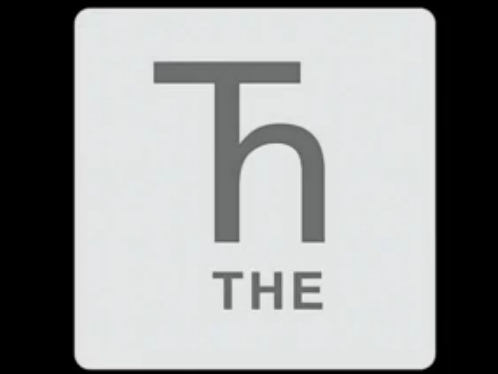 This new symbol for "the" probably won't become a new trend.

"The main functionality of this is in the texting space," Mathis told The Sydney Morning Herald. "Is this important? No. Is this going to change the world? Not really. But is it something that might be useful for people? I think so."

Mathis argues the ampersand (&) replaces "and," the fifth most common word in English, and that the word "the," which is used more frequently, has no such replacement. But as far as a new symbol for "the" goes, it won't be gaining any wide-scale recognition anytime soon. Here are three reasons why:

Mathis' symbol for "the" is basically an uppercase "T" combined with a lowercase "h" so that the two letters have the same stem (Ћ). But oddly enough, this character already exists in Cyrillic script, particularly in the Serbian alphabet. It represents the "ch" sound, like in the English word "chew."

So is this 21st century spelling reform or just another version of shorthand? Peter Daniels, author of The World's Writing Systems, says it could be both, depending on how Mathis is trying to develop the character.

"For a language [like English] with a big literary history, spelling reform is almost never a good idea," Daniels says. "It would be perfectly simple to use this letter in English, except that it was designed to harmonize with the Cyrillic alphabet and not with the Roman alphabet. It wouldn't look good."

2. The symbol formerly known as "the" looks awkward.

Mathis' symbol won't work because as it stands now, using this Cyrillic character in English would look awkward when typed on a computer screen, Daniels says. The height and width are wrong, he says, so the character sticks out badly. If Mathis wants to create this new symbol, Daniels suggests having a typographer design a whole new character to fit into a font.

Two other symbols already exist in English to produce the "th" sound: thorn (þ) and eth (ð). They were in use until the 15th century, so Daniels wonders why one of these symbols couldn't be adapted, since they already exist. Eth (ð) is actually still used in the Icelandic alphabet.

3. Apple won't help sell it, and where it is available, people aren't buying.

Mathis has already spent more than $30,000 developing the symbol and on an Android keyboard app. But Apple refuses to promote the app for its mobile devices because it does not allow third-party keyboard apps. Of the four Android apps, only the free one has been downloaded more than 100 times since its April 2013 release.

This symbol, while maybe not an example of spelling reform, could also be just another version of shorthand, Daniels contends. He remembers an older form of shorthand called Notescript, which replaced some of the most common English words with existing symbols. Daniels pointed out that in Notescript, the word "the" is replaced with "\" because it goes from a tall H to a low E.

Whether the movement has any steam or not, Daniels doesn't think there's much interest in the topic nowadays.

Despite all this, the man behind the "the" symbol is still pushing his cause. Mathis produced this video in April, explaining the necessity for a new character:

Tyler Greenawalt is an intern on NPR's Digital News Desk.