Accessibility links
In The Digital Age, The Family Photo Album Fades Away : All Tech Considered For years, it was easy for parents to organize, assemble and pass along the story of their children's lives in photographs. As we've moved to the digital age, there are challenges for this rite of passage. When our digital lives are ephemeral, how do we preserve our kids' childhoods? 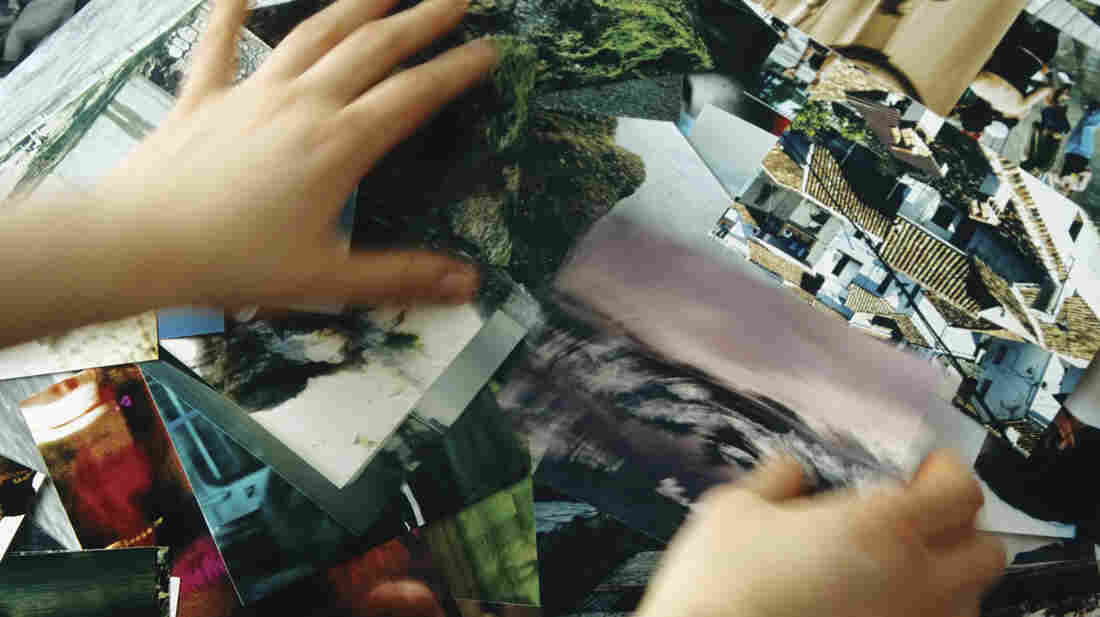 In the future, a hard drive full of photographs may serve as the digital analog of a pile of old pictures. iStockphoto.com hide caption 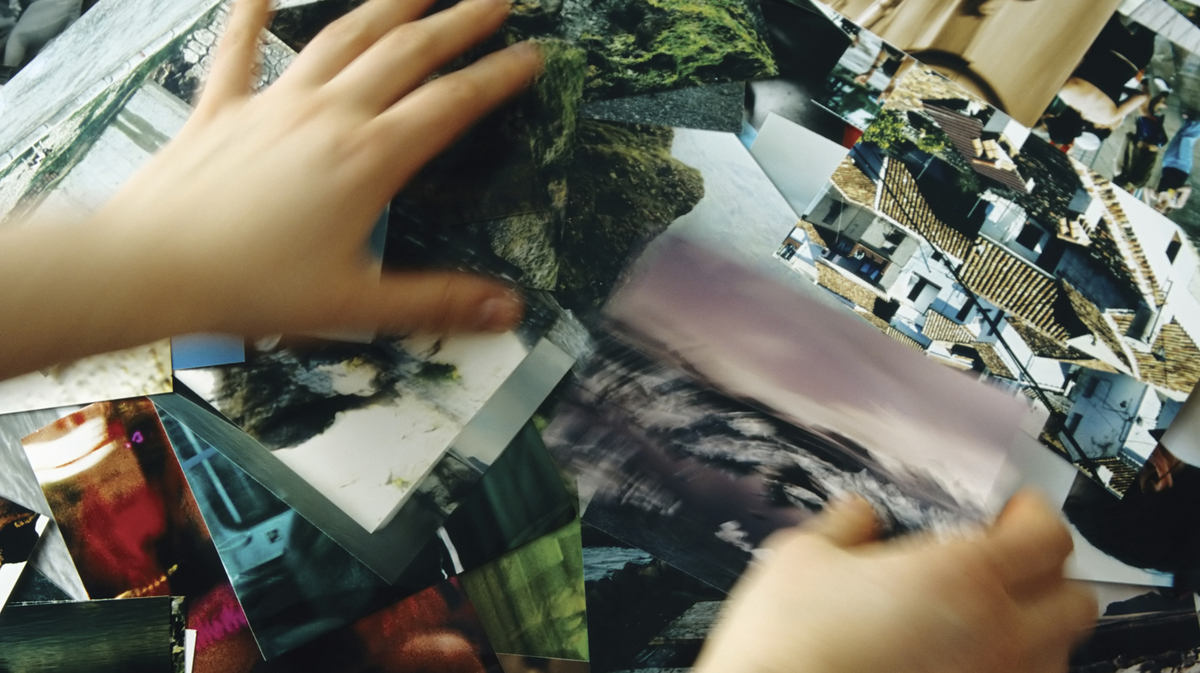 In the future, a hard drive full of photographs may serve as the digital analog of a pile of old pictures.

Once upon a time, parents documented their kids' firsts in words and pictures in baby books and scrapbooks that got updated as life's big milestones got reached. Family photo albums grew thick with memories of trips, holidays, friends and relatives.

But who has time for that? I have two kids, thousands of pictures of them and a bunch of well-meaning, half-finished photo book projects littering my house and computer.

For our parents and grandparents, it was easy enough to organize, assemble and pass along a handmade book that told the story of their children's lives in photographs. But the digital world has seriously complicated that rite of passage.

My biggest problem: an unruly photo collection. It is a heaping digital mess that — along with weighing heavy on my soul — stops me from completing these projects not long after starting them.

Photo book sites like Shutterfly and Moleskine help making albums a little easier. There's also Mosaic, a photo book app for iPhone photos, and blurb, which helps you create a photo book from your Instagram or Facebook posts. And this underscores the problem: Our photos are scattered in virtual piles everywhere.

How do we best preserve the memories of our kids' childhoods when our digital lives are scattered and ephemeral?

The landscape has changed, and our kids may not be as attached to the idea of the hard copy family photo album as we are.

"I really think that that preference for the physical ... is probably generational and will fade," says Clifford Lynch of the Coalition for Networked Information.

What's likely, Lynch says, is that our kids will expect to review the stories of their lives digitally, and photo books will instead be for special life events like graduations and family trips. Albums will tell just a fraction of the story.

"I think what you're going to find in the future is ... you're going to get a hard drive that will be passed along to a parent or a grandparent, and it will be the digital analog of an enormous shoebox full of pictures," Lynch says. Most of the pictures, he says, will include embedded metadata like dates and locations, just like how physical photos have information stamped or scribbled on the backs. 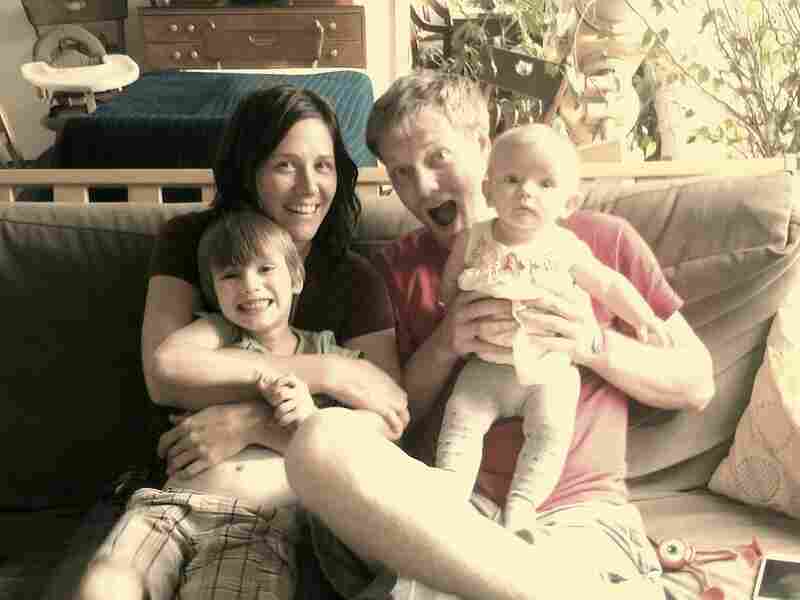 The reporter and her family in a picture that may or may not make it in a photo book she assembles for her son, Joey, and daughter, Cooper Mae. Courtesy of Heidi Glenn hide caption 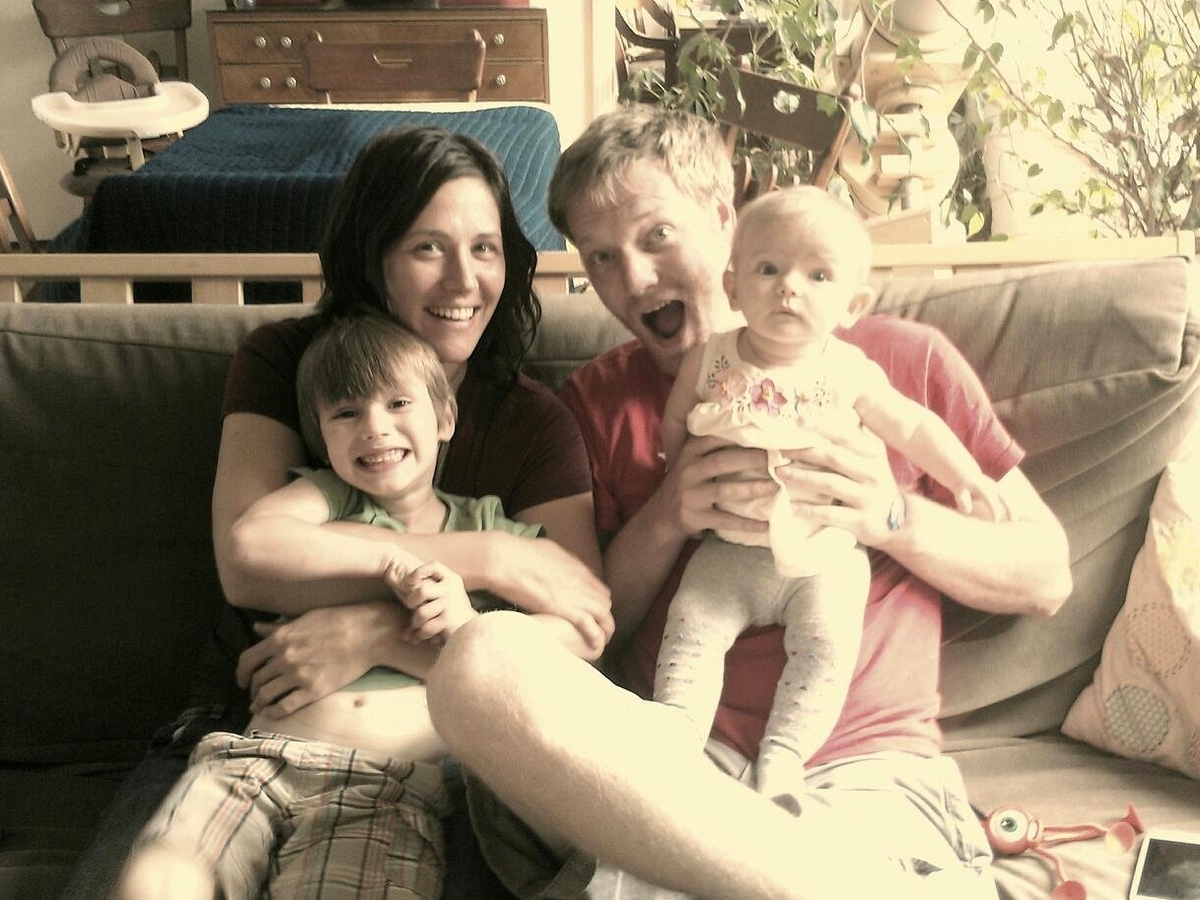 The reporter and her family in a picture that may or may not make it in a photo book she assembles for her son, Joey, and daughter, Cooper Mae.

"But a lot of the shoe box will be disorganized stuff," Lynch says. "You will find pictures with people in them that you don't recognize. And part of the fun will be going through these shoe boxes."

Lynch suggests that facial recognition software will help. "It's actually not crazy to think that 10 years from now there will be software that will recognize some common people."

It's just so easy to take a picture and so time-consuming to really curate it, Lynch says. "I can't imagine that most people are going to curate any substantial portion of what they capture."

The problem then with the virtual piles of photographs isn't really a sign of our failings as scrapbookers but rather, lamentably, as personal archivists. Counting on your kids to be able to scroll through your Facebook photo albums or your Tumblr? Think again. It's likely that if the photo sharing site you use goes under, your collections won't endure either.

"We're so new into this technology, and yet it's so widely adopted that we're just in this very unusual state where we've got all this kind of fabulous documentation, it's very fragile, it's very important, and we haven't yet figured out a kind of simple, easy way to make it endure," says archivist Bill LeFurgy. "It's a major problem."

It's easy to wax poetic about the virtues of a printed photo you hand your kid or slap in a photo album. And however inelegant, dumping photos in a shoe box mostly ensures your kid will get to see these stories of their lives. Lose your phone full of baby photos or fry your hard drive? Those photos are gone forever.

As the head of the digital preservation group at the Library of Congress, LeFurgy is leading an outreach program on personal digital archiving to help teach the basics about issues IT experts and professional archivists have been tackling for years. In a blog post, he writes:

"The issues involved in digital preservation are extensive. Technology advancement, digital decay, data integrity and storage, and economic sustainability all come into play. These issues, along with the very rapidly growing volume of digital content, make digital preservation a moving target."

If you've been pushing off plans to make sense of your digital photo collections, here are some basics to help you get started:

Baby steps. You don't have to tame your entire collection at once. But your first priority should be archiving, so resist the urge to organize, tag or scrapbook as you go. Your first priority is to get them all together and saved in one nice folder on your computer.

But seriously, I don't even know where to begin. Start by identifying where all of your photos are — Facebook, Instagram, on your phone, memory cards, Flickr, Shutterfly, CDs. Then decide which ones you want to keep. Have 40 shots of the same moment? You probably don't need 37 of them saved to your archive folder. But if editing them is slowing you down, dump 'em in the folder and move on. You can edit — and further organize and add other metadata — later.

Create two backup files and give one away. Put your archive on say, an external hard drive and a flash drive. Then store the backup files far apart. Give a copy to a friend or put it in a safe deposit box. That way if something bad happens to your house — like a flood or fire — your files are safe. You can also pay for an online backup site.

Actively manage your archives. Not only should you frequently update your copies with new photos, you should make a copy of your collection to new storage media every five years.

How do you preserve your kids' childhoods? Please comment below and let us know.