Accessibility links
A New App Will Let You Share Your Leftovers With Strangers : All Tech Considered As part of a bid to reduce wasted food, two former college roommates have come up with Leftover Swap, an app in which you post photos of leftovers for other users to claim. 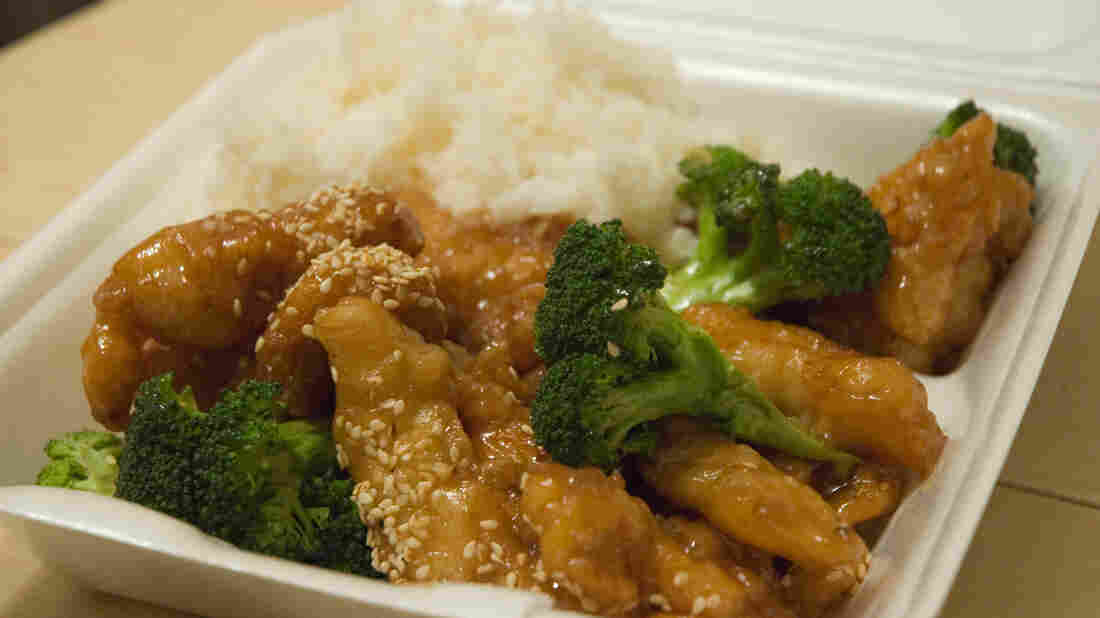 Startups have made it so much easier for peer-to-peer buying and bartering these days. Need a place to stay? Swap houses. Want to fill out your wardrobe? Swap clothing. And coming soon is Leftover Swap, a smartphone app to help you barter or give away your leftovers.

This is either ingenious or cringe-worthy, depending on your penchant for other people's unfinished meals.

"It's obviously not for everybody," says Leftover Swap co-founder Dan Newman. "But for as many people who seemingly have a problem with it, there's people who love the idea."

The basic gist is this: Let's say you have some leftover pizza. Snap a photo of it and post it to the app's database. Strangers in the same geographic market then have an option of trading you for the food — or just taking it off your hands.

Newman says he and co-founder Bryan Summersett, a Seattle-based programmer, came up with this "ridiculous" notion while college roommates at the University of Michigan three years ago. "It was an outrageous joke in 2010, but in 2013, it's very plausible and something that people would use today," Newman says.

The founders aren't sure how to actually make money from Leftover Swap. For now, they see it as an effort to do good.

"We're not gonna make millions," Newman says. "[The environmental concern] is a big part of it. There's a bunch of studies about how much more food we need to produce for the world population by 2050, and how fertilizers are less effective and our current rate of producing food isn't going to suffice. Meanwhile, in the US we produce so much more food than we consume and so much is going to waste."

Leftover Swap is expected to launch by the end of August and will be available to download for free. Newman said he and Summersett are considering marketing in a few test markets to allow experimentation of the community-building around the leftover share, but haven't decided which ones they'll be. Either way, San Francisco health officials are already sounding warnings that users there could be breaking the law since leftovers pose a health hazard. Per SF Weekly:

"In San Francisco, it's illegal to sell food to the public without a permit, said Richard Lee, director of the Health Department's environmental regulatory program, and it could result in expensive citations — potentially a couple thousand dollars, or three times the original permitting fee. It could also lead to a much stiffer crackdown than the ones on Uber and Lyft for operating without state-issued livery licenses.

"Leftover food is, in fact, a huge source of food-borne illnesses and other pestilence, Lee said. And in this case, there would be no way for officials to trace the source — they wouldn't know who originally produced the food and under what conditions. Even if it came from the cleanest, best-inspected restaurant in San Francisco, it could still have been handled by some grubby hipster with no hygiene standards."

Newman says that they won't be allowing users to formally sell their leftovers, rather, individuals can offer to donate for particularly tasty or premium grub. He's also studying up on liability concerns and regulations surrounding individual food sharing. The bottom line is, this thing is for real, and it's happening.

To the haters, Newman says this: "People seem to have a huge lack of trust in their fellow man, thinking that leftovers would be diseased somehow. It goes back to the couch-surfing thing. You're staying at a random person's place and you have to trust they aren't going to do something weird. It's the same with leftovers."