Accessibility links
With Smarter Cars, The Doors Are Open To Hacking Dangers : All Tech Considered Chris Valasek and Charlie Miller have been hacking into products for a long time. But they don't steal stuff or mess with people; instead, their purpose is to pressure companies into making their products more secure. Their recent research on hacking cars has shown just how dangerous these kinds of attacks could be. 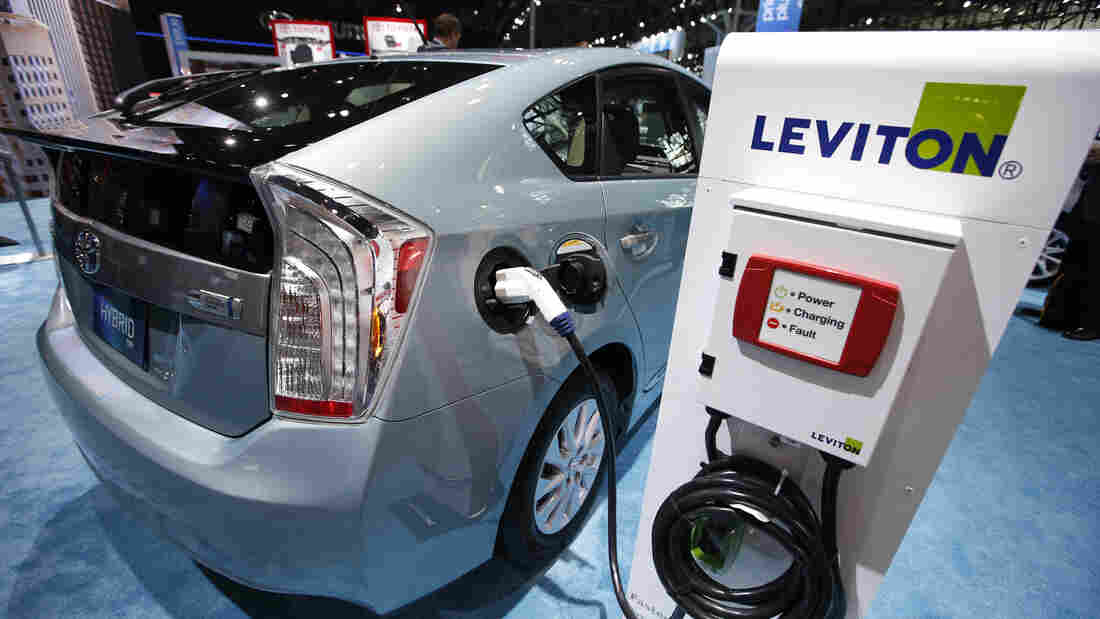 The Toyota Prius, seen here at the New York International Auto Show in March, was one of the cars security experts Chris Valasek and Charlie Miller showed to be susceptible to attacks by hackers. Mike Segar /Reuters /Landov hide caption 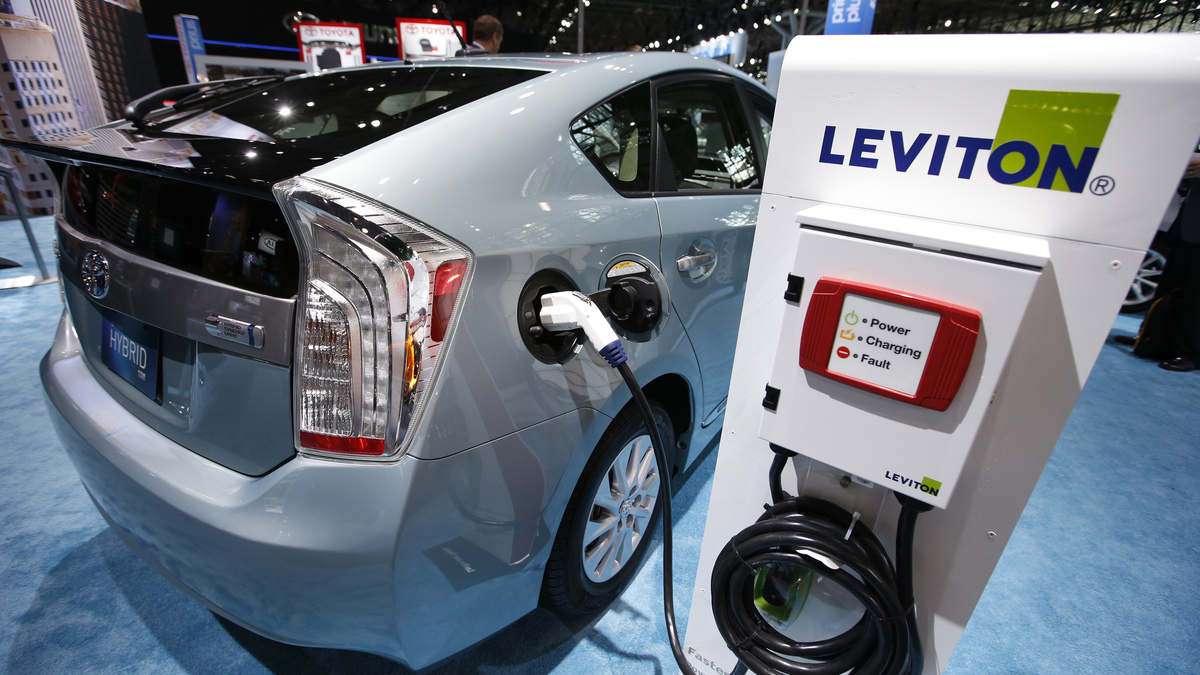 The Toyota Prius, seen here at the New York International Auto Show in March, was one of the cars security experts Chris Valasek and Charlie Miller showed to be susceptible to attacks by hackers.

Chris Valasek and Charlie Miller have been hacking into products for a long time. But they don't steal stuff or mess with people; instead, their purpose is to pressure companies into making their products more secure.

This week, they scored big. Their research on hacking cars has captured the attention of millions and has been featured in Forbes and on the Today show.

Miller and Valasek are not the first guys to hack a car, but they demonstrated like few have before just how dangerous these kinds of attacks could be.

"That's really where Charlie and I came in," says Valasek, a security researcher at IOActive. "We really wanted to see, once someone was inside your car network, to what extent could you control the automobile?"

The pair got a grant from the Defense Advanced Research Projects Agency (DARPA) and bought two modern, connected cars: a Toyota Prius and a Ford Escape. Then they tapped into the network of little built-in computers that run on virtually every car sold today.

Car makers began embedding electronic control units, or ECUs, in cars more than 30 years ago. These simple little computers were developed during the first gas crisis. Initially, they were used as tiny computerized carburetors.

"Engineers figured out that computers were much better at figuring out how to mix gas and air than a mechanical device," Valasek says. "They were much more efficient and you could get better gas mileage."

But soon these little computers were being used for a lot of things, like cruise control or anti-lock brakes.

"Now we're to the point where cars parallel park themselves," Valasek says. "And that's not just magic. There's computers in the car that have sensors and actuators."

All these little devices talk to each other on an open network. They listen in to every message that's sent, and they don't verify where a specific command is coming from. Miller says all of this makes cars easy to attack.

Any sensor attached to the processor on the network is vulnerable. So after Miller and Valasek learned the code that controlled the ECUs on the two cars they were testing, they were able to cause all kind of havoc.

They were able to jerk the wheel at high speeds in the Prius. They could cause the car to accelerate or brake. They could beep the horn or set off the crash preparation system and jerk the seatbelts back.

In the Ford Escape, if the driver was moving slowly, they could turn the wheel or even kill the brake. In fact, once Miller forgot that the hack was running on his Ford Escape and he drove it into his garage.

But Miller did crush his lawnmower.

"My lawnmower — it was destroyed, utterly," Miller says. "The lawnmower was perhaps the first cyber-attack-in-a-car victim."

Miller and Valasek tried to share their findings with Toyota and Ford before they went public. Both companies say while they are taking the research seriously, they're still convinced their cars are safe. They say if someone has to wire a computer into your car to get an attack to work, you are going to notice.

"I've actually been very disappointed with the reaction from these companies," says Don Bailey, a security researcher who has hacked into cars remotely via the cell phone network.

Bailey says Miller and Valasek have proven that "once you are through that initial barrier, you can and will be able to do almost anything you want to."

It's unlikely, however, that malicious hackers will take advantage of these attacks any time soon. All cars don't all use one operating system and they don't all speak one single language. So before a hacker can take control, he or she has to learn the specific code that runs the systems for that specific car.

That's tough, and it takes time. But Valasek says it's not impossible.

By going public with their research, Valesek hopes car companies will be forced to fix these problem before anyone — aside from a lawnmower — gets hurt.