Accessibility links
Report: MIT Didn't Target Swartz; Missed 'Wider Background' : All Tech Considered The Massachusetts Institute of Technology released the long-awaited independent review of its involvement leading up to programming genius Aaron Swartz's suicide. It says the university did no wrong but could have done better. 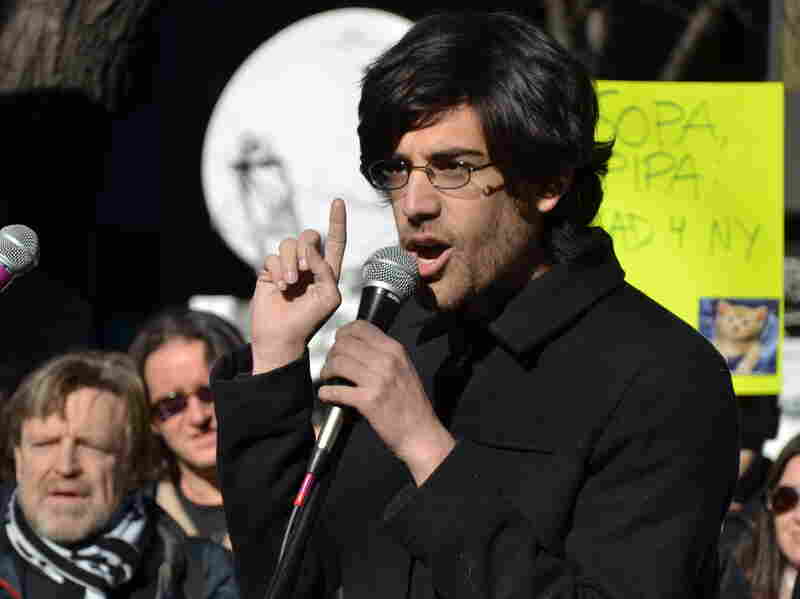 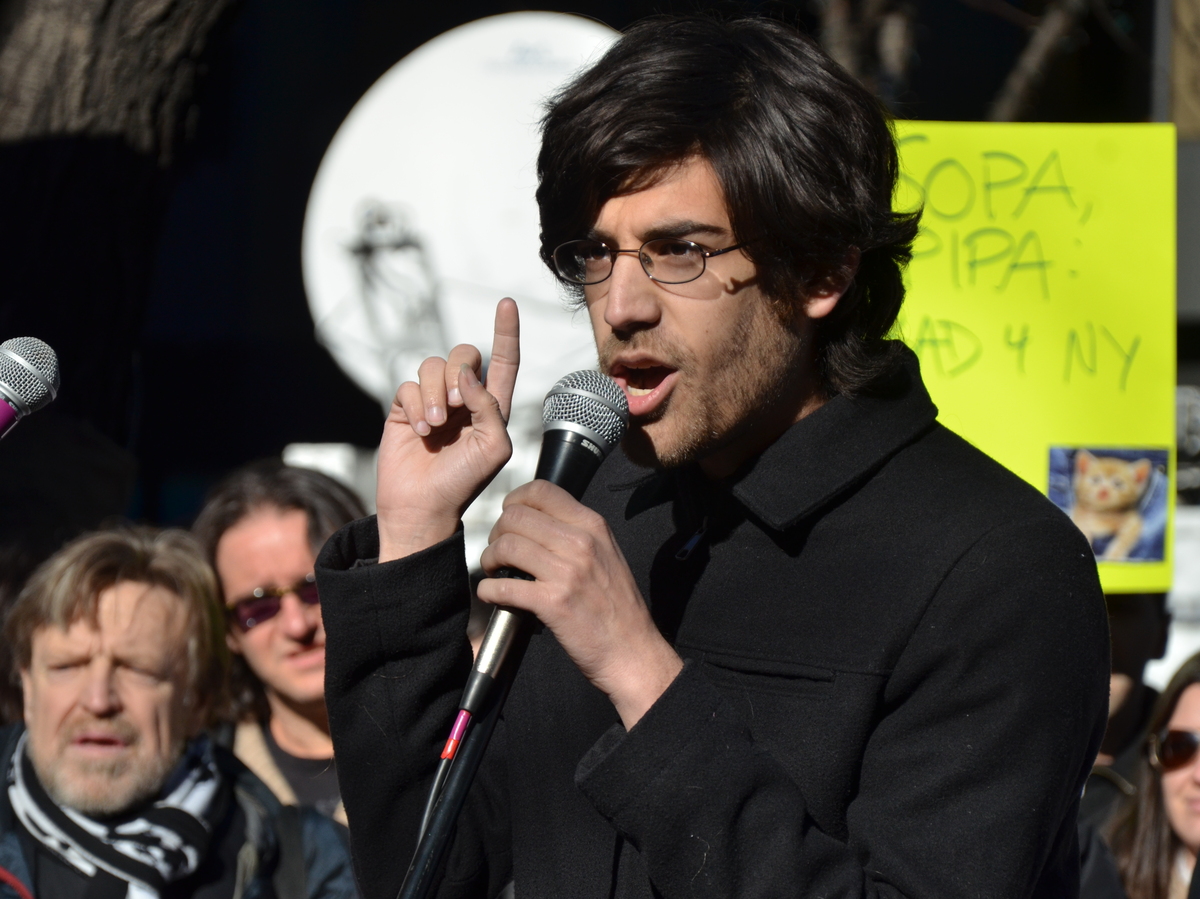 Internet activist Aaron Swartz at a rally in January 2012.

In a long-awaited chronicle of its involvement in the prosecution of the late Internet activist Aaron Swartz, Massachusetts Institute of Technology officials released a 180-page report saying administrators never "targeted" the programmer and committed no wrongdoing. But the report raises questions about existing university policies and whether MIT should have stepped in to actively support Swartz, rather than take its "position of neutrality."

"The report ... sets the record straight by dispelling widely circulated myths," said MIT President L. Rafael Reif, in a statement. "For example, it makes clear that MIT did not 'target' Aaron Swartz, we did not seek federal prosecution, punishment or jail time, and we did not oppose a plea bargain."

Swartz, an advocate for open access to academic journals, committed suicide in January after being charged with hacking into MIT computers and illegally downloading nearly 5 million academic journal articles from JSTOR, one of the largest digital archives of scholarly journals in the world. At the time of Swartz's death, the 26-year-old faced 13 federal felony computer fraud charges — and the near certainty of jail time.

Supporters of Swartz have excoriated federal prosecutors for overreach. The question that has loomed over MIT ever since the suicide: What role did the university play in helping the feds prosecute Swartz as a hacker?

At the direction of Reif, computer science professor Hal Abelson led an investigation into the university's participation in the case, interviewing 50 people and reviewing about 10,000 pages of documents.

The report ultimately finds no wrongdoing on the part of the university or its employees. The report says the university called in Cambridge police when it found out about the massive downloads, but it did not know that Swartz — who had an informal relationship with MIT — was involved. It further says MIT did not ask that federal charges be brought and was not consulted about appropriate charges. MIT adopted a "position of neutrality" over the case, refusing to issue public statements, the report says.

Taking that neutral stance is called into question by the report's author, as GigaOm sums up:

MIT did not consider factors including 'that the defendant was an accomplished and well-known contributor to Internet technology'; that the law under which he was charged 'is a poorly drafted and questionable criminal law as applied to modern computing'; and that 'the United States was pursuing an overtly aggressive prosecution.' While MIT's position 'may have been prudent,' the report says, 'it did not duly take into account the wider background' of policy issues 'in which MIT people have traditionally been passionate leaders.'

That "wider background of policy issues" includes questions over why the journals that Swartz freed weren't available for free download in the first place. That's an area of continuing debate.

"We have not found a silver bullet with which MIT could have simply prevented the tragedy," the report concludes. But, it says, "MIT missed an opportunity to demonstrate the leadership that we pride ourselves on. ... MIT is respected for world-class work in information technology, for promoting open access to online information, and for dealing wisely with the risks of computer abuse."