Accessibility links
Scott Simon On Sharing His Mother's Final Moments On Twitter : All Tech Considered The Weekend Edition host used Twitter to share his observations and feelings in the final, tender moments of his mother's life. In a conversation with NPR's Audie Cornish, Simon remembers his late mom and explains how the social media community bolstered his spirits in a time of grieving.

If you are among NPR host Scott Simon's 1.3 million Twitter followers, you likely know the news. Simon's mother, Patricia Lyons Simon Newman, entered a Chicago hospital on July 21 and died Monday night. She was 84 years old.

You wake up and realize: you weren't dreaming. It happened. Cry like you couldn't last night.

Over the weekend, when it became apparent she would not be leaving the ICU, Simon began tweeting the experience of sitting — and sleeping — at his mother's bedside, and how he and Newman spent those final hours together.

It was a tender, lyrical and public way of saying goodbye. As The Washington Post put it, "It led perfect strangers to tell Simon that he had made them burst into tears. Which led readers to think about good deaths and good lives."

NPR's Andy Carvin rounded up Simon's tweets and the responses from the social media community. Simon spoke with All Things Considered host Audie Cornish on Tuesday from his mother's apartment in Chicago. We've excerpted much of the interview below. 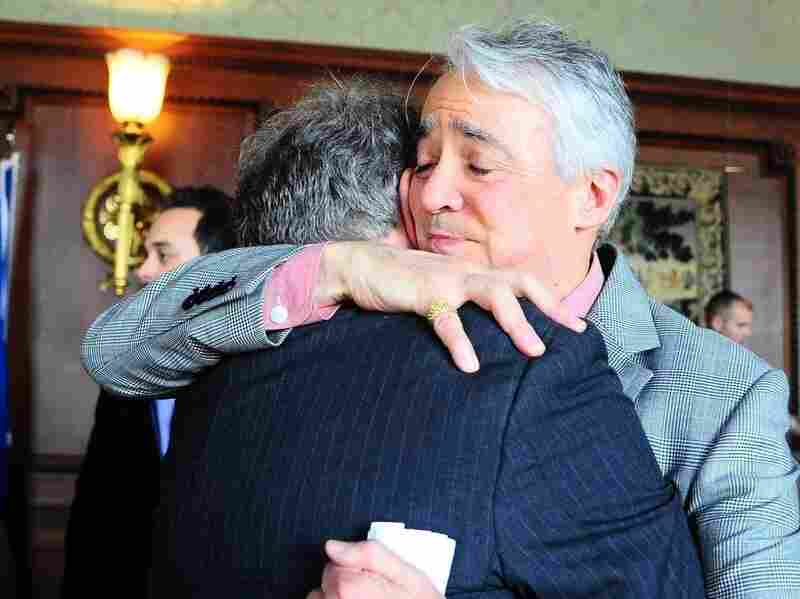 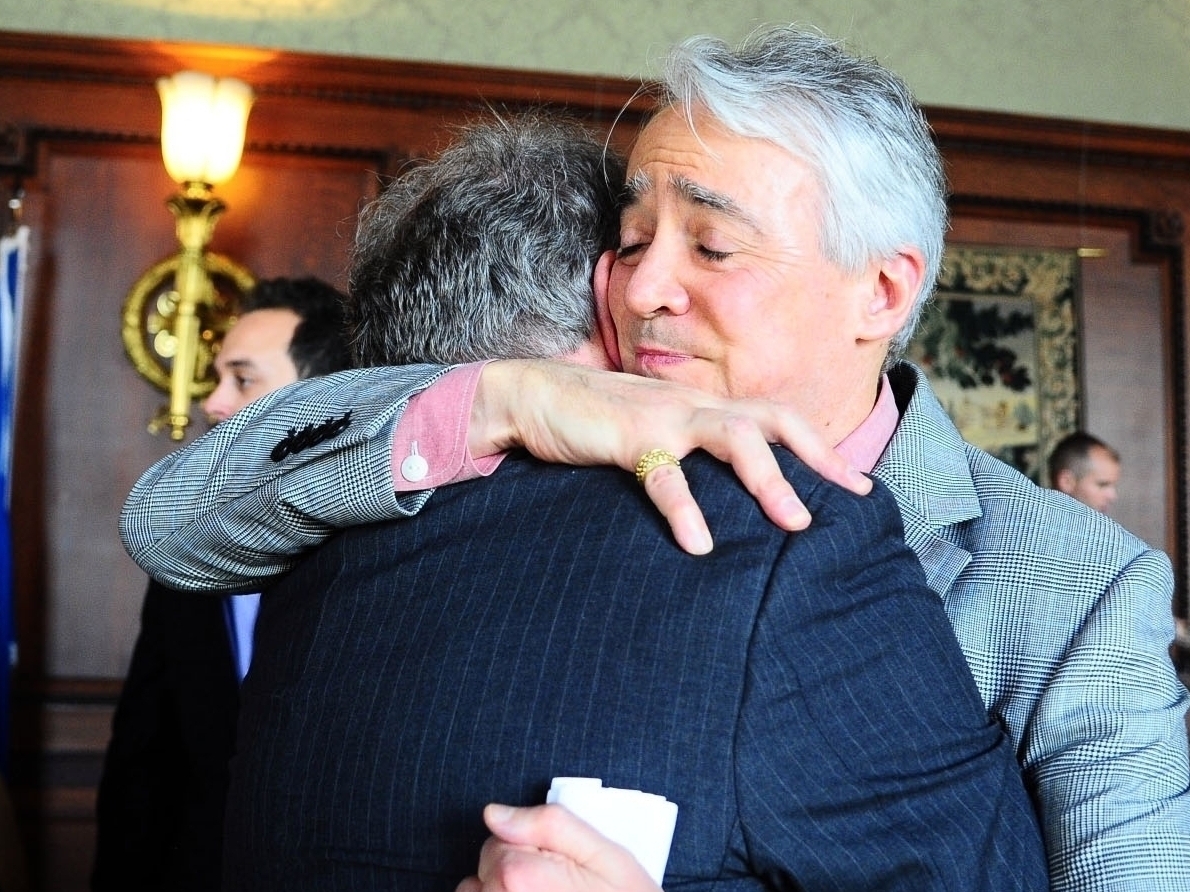 On the outpouring of support

"I must say, among the millions of people we've been hearing from are, of course, NPR listeners. And it means a lot to our family because they all seem to say that they're not just giving condolences to me as someone they know, but that something my mother said meant something to them. It's pretty gratifying.

"I don't know why people have responded so powerfully. I think this is obviously a singular event that not only has to do with the death of my mother and the universal experience that is for all of us really but I think that also has to do with the impossible to duplicate presence of my mother, who was a one and only. So I don't try and analyze that."

"When I first went to my mother in the ICU here in Chicago, more than a week ago at this point, I didn't know it was going to be her death bed and I, of course, was hoping and praying that it wouldn't be her death bed. But she was so interesting. And of course I was there all day, and it was the most interesting thing I was hearing all day. She was funny and perceptive and bright and sparkling and this is just something that I wanted to share. 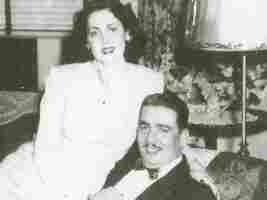 "I don't think it's any less sacred because it was shared with a lot of people and it must be said, you know, there was a lot of stuff that I didn't share. There was a lot of stuff that I will tell only my wife and maybe someday my children. I certainly had a sense of proportion and delicacy. I don't think my mother knew much about Twitter or social media platforms but I would read her an occasional message from someone in Australia, someone in Great Britain or Singapore and she was very touched. She was an old showgirl and I wouldn't — I didn't tweet anything and wouldn't have that I didn't think she would be totally comfortable with."

On the banter between him and his mother

"A constant, constant source of play between the two of us — 'Why that shirt?' And tie. That sort of thing. You know I always try to dress well for her and I always felt like I never dressed quite well enough for her. Although, I'm glad on the last day we had with each other, she looked up from her bed and said, 'You really look lovely today.' "

A Son, His Mom And A Story About A Dog

A Son, His Mom And A Story About A Dog

On what his mother taught him

"When she just looked up at me and said, 'Oh Earth, you're too beautiful for anyone to realize,' I think we can all stand to learn that. To know that in our bones. And when she told me, 'Honey, always take time with people in their 80s,' I hear her voice coming back into mine now. 'Always take time with people in their 80s because for more than a decade, they've been looking right across the street at death and they know what's really important in life.' I don't know about you, but I can stand to hear that message."

"She and I sang to each other a lot, in the ICU. I wish I could tell you it was grand opera. The song that kept popping up and we kept singing to each other, is Nat King Cole singing 'Unforgettable 'and I will hear that song again for the rest of my life and I bet I will sing it to my wife and sing it to my children. I will never hear that song without thinking of my mother."