Accessibility links
Tampon Marketing Gets Real For The Social Media Age : All Tech Considered An online video spot for HelloFlo breaks the familiar mold of cheesy tampon commercials in a clever way. Ad watchers say it's a reflection of the open, transparent conversations spurred by social media. 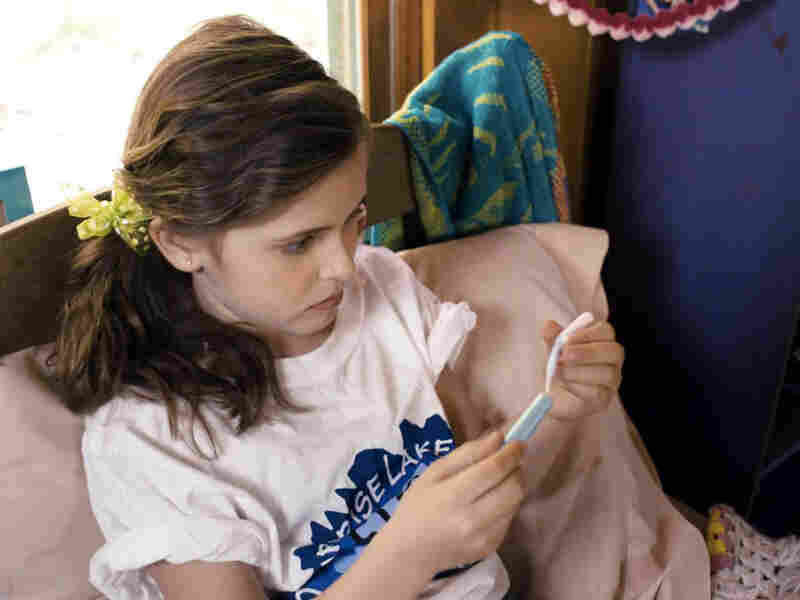 "We just thought we were telling this endearing story women could relate to," says HelloFlo founder Naama Bloom. Courtesy of HelloFlo hide caption 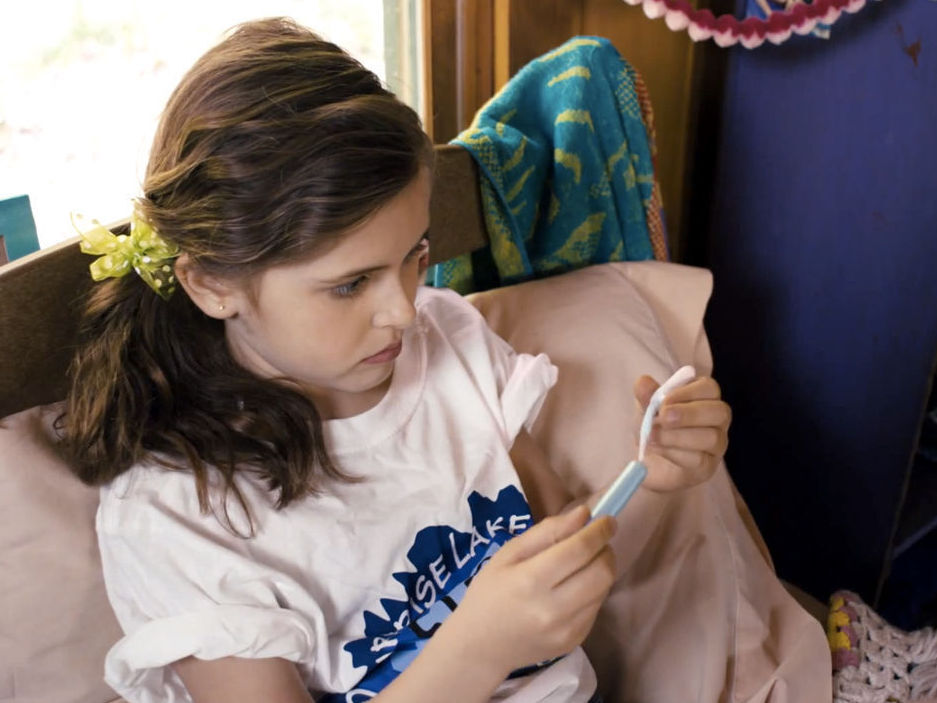 "We just thought we were telling this endearing story women could relate to," says HelloFlo founder Naama Bloom.

Advertising for feminine hygiene products was traditionally so cheesy that it invited mockery far and wide. There was something so laughable and incongruent about maxi pad commercials that featured blue liquid and girls dancing on beaches.

In recent years, the marketing trend has shifted to a more honest approach. So honest that a new promotional video for the monthly tampon delivery service HelloFlo features a tween who got her period before other girls at camp.

"The red badge of courage," she calls it.

She then starts "Camp Gyno," schooling the other gals about her experience and dispensing the necessary sanitary products that come with it. But her reign as queen bee is short-lived once the ladies' parents start mailing the HelloFlo feminine care packages to camp. "It's like Santa for your vagina," the narrator exclaims.

The viral ad for HelloFlo, a tampon delivery service.

Since it was first posted on Monday, the video has gotten nearly 2.5 million views on YouTube and temporarily shut down the HelloFlo website.

"It has just exploded. Taken over the Internet," says HelloFlo founder and CEO Naama Bloom. She says she and her two friends with ad agency experience came up with the idea over some takeout Thai food.

"We weren't setting out to create this groundbreaking advertising," Bloom says. "What we wanted to just do was tell an authentic, true story with a little bit of humor. No one used to watch the old tampon and pad commercials thinking, 'Oh, this is a falsehood.' But when they suddenly see girls talking about tampons and their period and what really happens, it casts a light on the blue fluid in the pad commercials."

A 1980s Tampax commercial we found in the course of reporting this story features a young Naomi Watts actually calling her period "that hassle you don't talk about."

Today, marketing has undergone a major shift toward openly acknowledging what was previously taboo.

"What's driving a lot of marketing today is the explosion of social media," says Ann Diaz, the creativity editor at AdAge magazine. "People are able to converse freely with friends and about brands. And people are able to have a huge platform for expressing their views about everything. So in order for brands to connect with consumers, they have to talk like real people."

Bloom says that real talk not only has helped sell her product, it's started important conversations.

"The important thing about this video and what I'm trying to do is get parents to talk to their girls about what's going on in their bodies in a way that doesn't feel embarrassing or uncomfortable," Bloom says.