Accessibility links
As Twitter Expands Reach, Abuse Policy Gets Added Scrutiny : All Tech Considered A series of threats and abusive messages aimed at prominent women in the U.K. have placed Twitter in an awkward spot. As the company gears up to go public and expand its brand around the world, it is increasingly running into cultural and legal hurdles that challenge Twitter's free speech ethos. 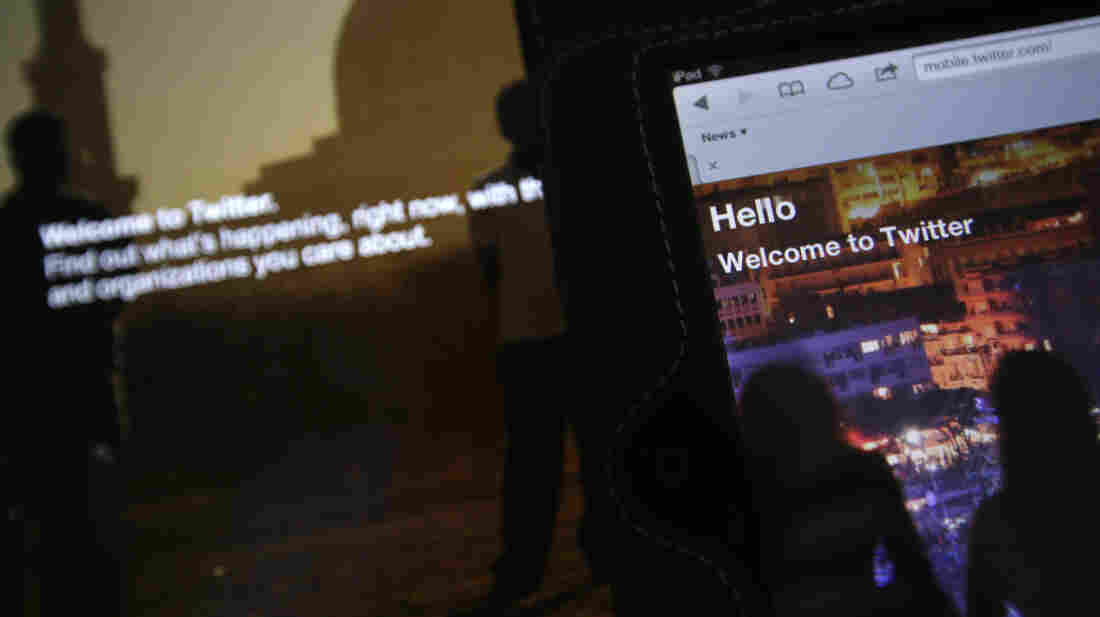 This week, several women in the U.K. went public about explicit abuse they received on Twitter. Alastair Grant/AP hide caption 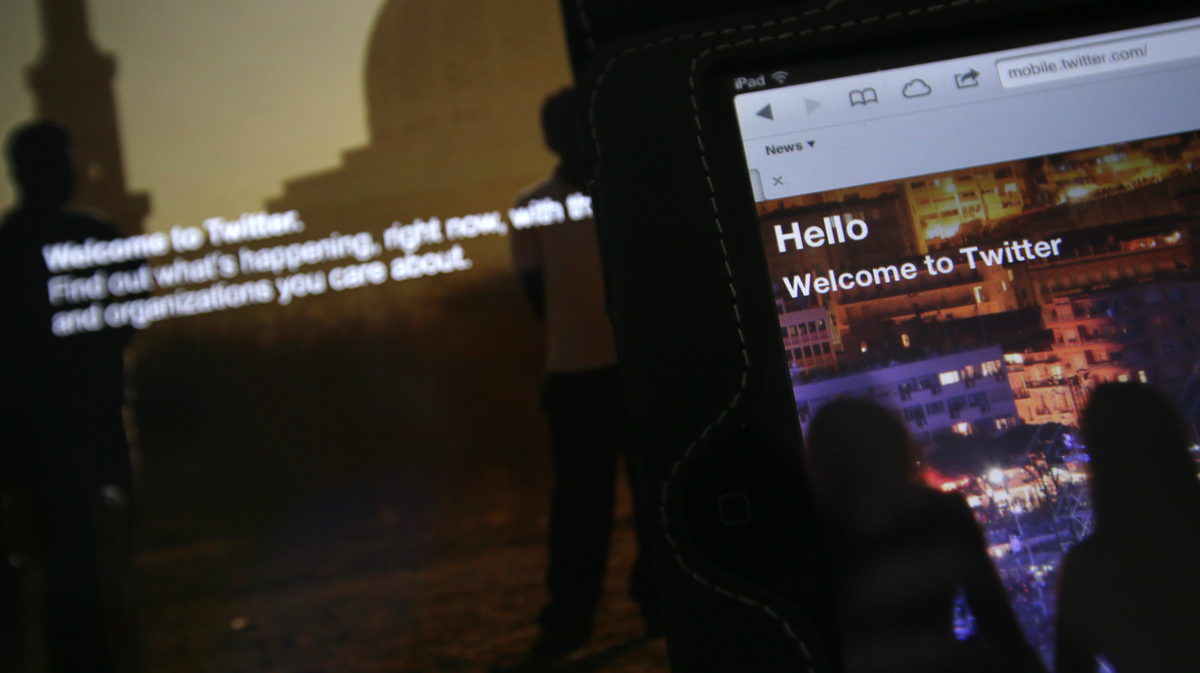 This week, several women in the U.K. went public about explicit abuse they received on Twitter.

A series of threats and abusive messages aimed at prominent women in the U.K. have placed Twitter in an awkward spot. As the company gears up to go public and expand its brand around the world, it is increasingly running into cultural and legal hurdles that challenge Twitter's free speech ethos.

Earlier this year, Caroline Criado-Perez led a successful campaign to keep non-royal British women on the country's currency. Then last week, because of that work, the 29-year-old activist and blogger became the target of an organized barrage of hateful messages on Twitter.

"I think I just feel under siege because it's been going on for five days now, and it's been so relentless," Criado-Perez said during a BBC interview last week. "The threats have been so explicit and so graphic that obviously ... they have sort of stuck with me in my head and have really put me in fear, I realized."

Rape threats, death threats and insults of every kind poured in. Criado-Perez complained to Twitter, but little changed. When Stella Creasy, a British member of Parliament, published an op-ed saying Twitter's lack of response to this torrent of hate speech was itself an abuse, Creasy herself became a target.

"I'm still receiving rape and death threats today," she says. "It's not Twitter, it's not the platform itself that's making people do this ... persistently do this. It is people who are idiots, and people who may well be escalating in their violence and aggression towards women."

But Creasey says that doesn't let Twitter off the hook. She's demanded that Twitter do more to help law enforcement when there are specific threats of violence. She asked that Twitter make reporting abuse easier, and to respond to complaints faster, and do more to help end harassment on the platform when it becomes so intense that it's aimed at silencing dissenting voices.

While other Western democracies censor hate speech, the U.S. does not. Awful, hateful and execrable things are constitutionally protected, at least until they cross that line and become specific threats or are so irresponsible they put someone's life or safety in danger.

Navigating these conflicts falls to Del Harvey, the senior director of trust and safety at Twitter. Harvey has been at Twitter since 2008 and joined the company as its 25th hire.

Unlike Facebook, Twitter doesn't ban bullying. It doesn't try to stop people from saying hateful, mean and even terrible things, but Harvey says its policies have evolved in the past five years and are not universally understood.

Twitter's help page makes it clear that targeted abuse and real threats of violence are verboten, but the page is kind of buried. So on Saturday, Twitter amended its rules, adding language on targeted abuse and harassment more prominently.

"We've had a policy against abusive behavior and violent threats for some time, but we needed to make sure that was clear and easy for folks to understand," Harvey says.

The company is also rolling out new tools to make reporting abuse easier. Over the weekend, British police made several arrests linked to threats made on Twitter. Although Harvey won't comment on specific cases, it seems clear that the company is acting much more quickly in Britain to suspend accounts used to harass.

As Its Influence Grows, Twitter Becomes A Hacking Target

"We've certainly built a platform that encourages open dialogue and discussion all around the world," she says, "but if you are attempting to silence others, if you're engaging in this abusive and harassing behavior, we've actually never allowed that."

Harvey says there is no algorithm that can figure out if a nasty comment or threat was meant as a joke or is deadly serious, so teams of Twitter employees go through each account linked to abuse before it's banned.