Accessibility links
Man Learns How Not To Launch A Site For Women : All Tech Considered The launch of a venture-backed new women's site was complicated by its founder's claims that it was "different" and that as CEO, "knowing the difference between mascara, concealer, and eye-liner is not my job."

Man Learns How Not To Launch A Site For Women

Man Learns How Not To Launch A Site For Women 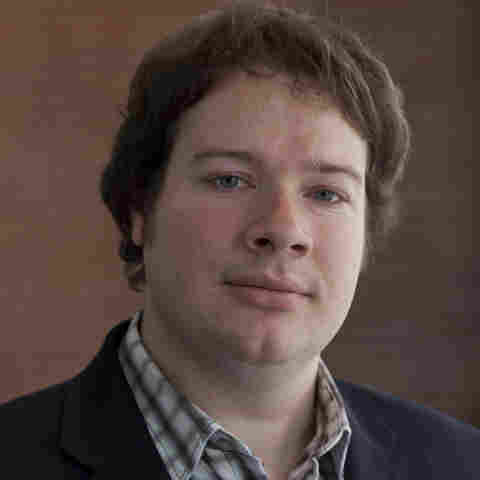 Bustle.com is a new women's site staffed by editors and writers from traditionally female-oriented organizations like Glamour and Seventeen but founded and led by a man, Bryan Goldberg. His previous venture was the multimillion-dollar sports site Bleacher Report. In announcing the launch of his new lady-targeted venture Tuesday, he wrote:

"We're different, because we recognize how many diverse interests are shared amongst the next generation of women ... Creating an amazing blend of content — one that puts news and politics right beside fashion tips is what will set us apart."

Putting aside the hard feelings around how female entrepreneurs are notoriously underrepresented when it comes to venture funding for similar projects, and that Goldberg raised $6.5 million to get Bustle off the ground, and further putting aside that he named the site Bustle, both sexes reacted with swift fervor to the claim that his site is "different" for recognizing "diverse interests" among women.

He also included this line, which earned ire: "My job, as CEO, is to hire the right people. ... Knowing the difference between mascara, concealer, and eye-liner is not my job." (Goldberg says the mascara line was intended to be tongue-in-cheek.)

The reaction can be summed up by borrowing a phrase from sports (since that is among my diverse interests): "C'mon, man." Here's what Rachel Sklar, who previously founded Mediaite and now heads up TheLi.st, an online community for women, wrote:

"I am on four separate listservs for women and this post has appeared on all of them, incredulous at the claims and the tone. No one has said, 'How dare a man start a site for women.' The reaction is more about the claim that Bustle is new and different alongside things like 'Knowing the difference between mascara, concealer, and eye-liner is not my job.' Surely you can see how that might rankle, especially alongside claims that *other* sites condescend to women."

"You imply that marrying pop culture and fashion with feminism and politics is something new, innovative and uniquely YOURS, which completely glosses over - even erases - the hard work and vision of dozens of (female) editors and writers who have been doing this exact thing for years, myself included. ... It's intellectually dishonest, bad faith bullsh*t, and you know it. Furthermore, your posts imply that if these aforementioned editors and writers - or their publishers - just wanted it enough, they too would be able to bring in tens of millions in revenue. That's really patronizing."

In other comments left for Goldberg, critics also questioned the site's very premise: By so blatantly targeting women with topics Goldberg assumes women want, Bustle seems to undermine the very "feminist" position it claims to hold. He could have left gender out of the pitch, making no obvious "hey ladies, you like makeup" notions and still wound up with a female-dominated audience.

Goldberg seemed unprepared for the strong, negative reactions. But he said in an interview he was a "big fan of criticism," while some of it "offers no value."

"On the whole, I am disappointed that the reaction to Bustle has been one of 'He fails to recognize that others, like me, are already doing this...' and not one of 'Welcome to the party, let's continue to change things,' " Goldberg later wrote.

As someone with fairly recent experience of launching a new news site in a competitive space, I know how easy it is to rankle the existing order even when there's plenty of room in the pond for both startups and established organizations. And among Bustle's lead backers is Time Warner investments, which is run by women.

But toss in centuries-old tensions between the sexes, and a dubious claim to be "different" when the space is already full of content that's getting promised and that's a consternation cocktail.

In an interview with NPR, Goldberg said if he had the public launch to do over, he would have done things differently.

"I should have recognized that there are many great female-focused and feminist websites out there. xojane, Jezebel, The Hairpin, Rookie," he says. "But what separates Bustle is that we are trying to reach a level of mainstream appeal and financial success that has not yet been achieved for a female-focused website with a strong feminist conviction. I believe it to be important that women's publications, especially ones with a feminist voice, are able to achieve commercial success."

To get there, he's employed an editorial staff of women, all who have an equity stake in the company.

"Every single one of them is a partial owner of Bustle. I wonder how many of Vogue's editors own equity in their company," Goldberg says.