Accessibility links
Hitting The Road Without A Driver : All Tech Considered Engineers at Carnegie Mellon University are developing the ultimate in automotive sophistication: the driverless car. When NPR's Brian Naylor went there to check it out, he thought he'd be going for a spin on a test track. Instead, the car drove itself through suburbia.

The cars we drive have gotten ever more sophisticated. They can just about park themselves; they tell us if we're drifting out of our lane; they can prevent skids. Some even automatically apply the brakes if they sense that a collision is imminent.

Engineers at Carnegie Mellon University in Pittsburgh are developing a car that can do all of those things and more — it can actually drive itself. Imagine that commute to work.

The car, developed with General Motors, is by all appearances a normal Cadillac SRX crossover. That's by design, according to Jarrod Snider, the chief engineer on the project.

"We're not using really fancy, really expensive devices all over the car," he says. The sensors are integrated into the car, "so when you look at the car you don't see a lot of things hanging off of it." 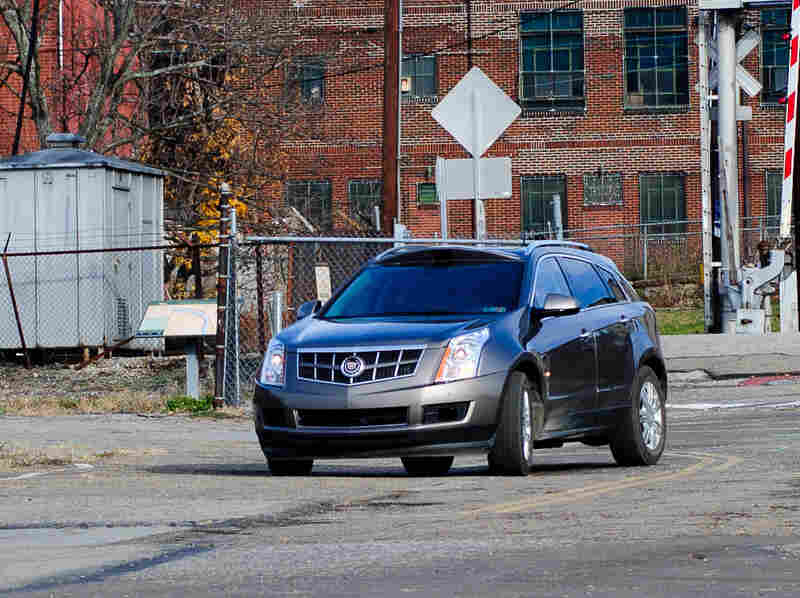 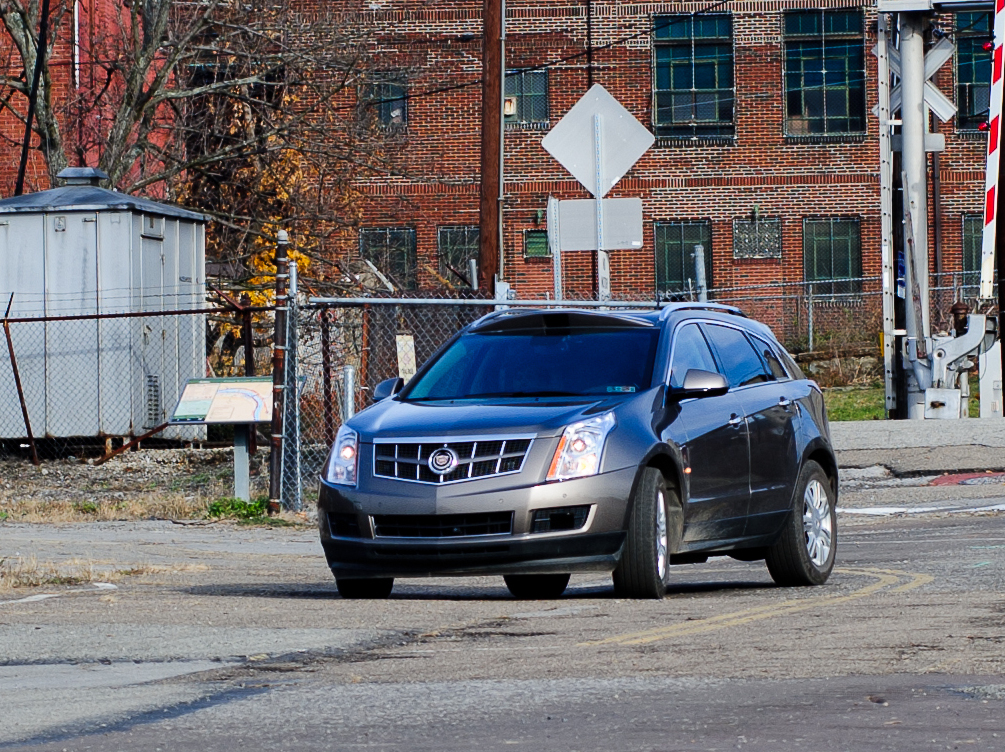 Hidden in the bumper and behind the car's grille are three types of systems that guide the car's decision-making — sensors, lasers and cameras. Snider says the sensors provide input for the car's software, "so when we see an object we can say that's a person or that's a sign or that's a traffic light. ... We can actually do some classification of the object."

The car's navigation screen will show and identify pedestrians and bikes, as well as traffic lights and some road signs. It also has thermal imaging, useful to identify objects at night, beyond the range of the car's headlights.

In the back of the car, below the floor where the spare tire would normally be, are four computers about the size of Apple's Mac Mini, cooled by an air-conditioning system. Snider says the computers are a development platform and won't be as big or noisy when driverless cars are commercially available.

Inside, the car looks pretty normal, too, with one exception — a big red button that sits prominently in the middle of the dashboard. Snider says it's there for when engineers are testing a new system. If something goes wrong, "we can just push that button and that just turns the car back into a stock car, immediately," he says.

Surprisingly, a test ride in the autonomous Cadillac occurs not on a closed course, but on busy Route 19, a multilane highway in Cranberry Township, outside Pittsburgh. Snider says township officials have been cooperative and helpful with development of the driverless car, installing special radio transmitters on traffic lights to tell the vehicle when to stop (the car can also "read" the lights with a camera positioned over the windshield). 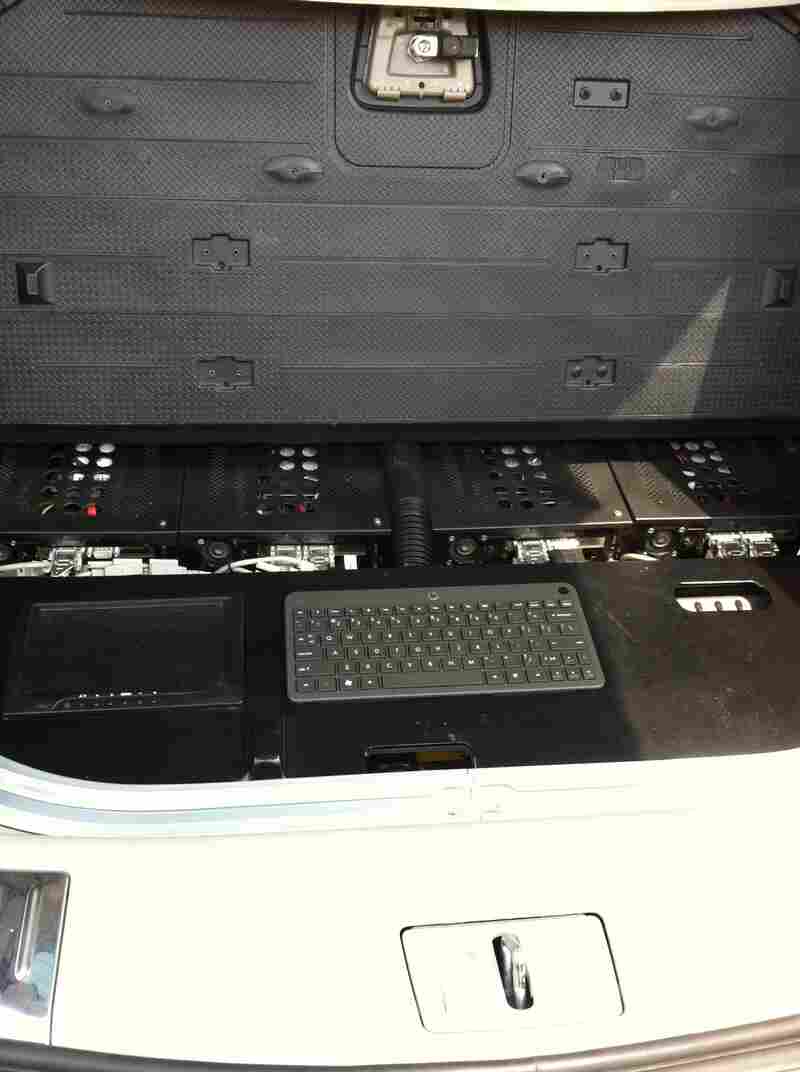 Four computers cooled by an air-conditioning system sit in the back of the car, below the floor where a spare tire would normally be. Brian Naylor/NPR hide caption 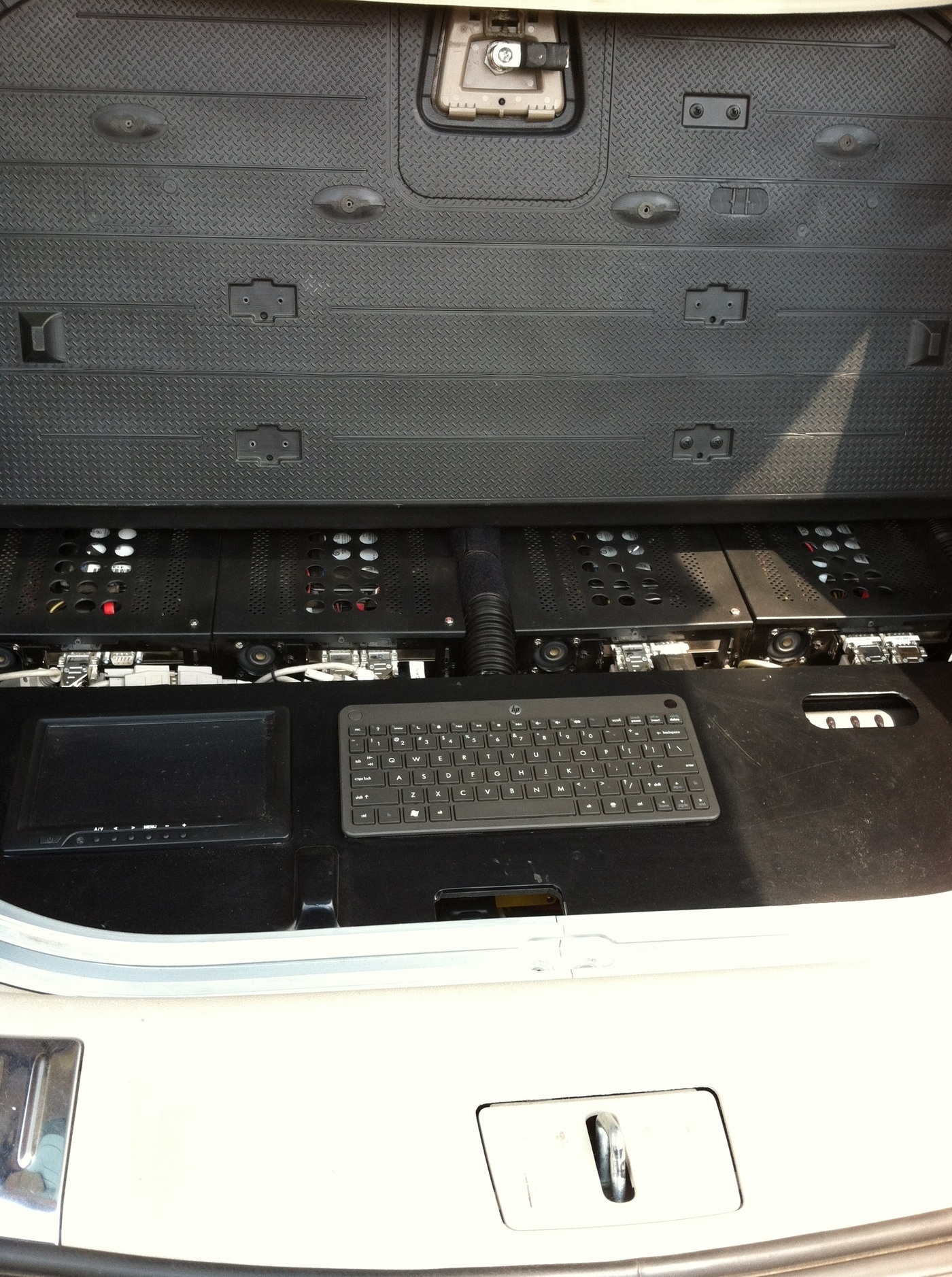 Four computers cooled by an air-conditioning system sit in the back of the car, below the floor where a spare tire would normally be.

Snider says it's hard to replicate real-world conditions on a closed course. People drive in unpredictable ways; they stop suddenly, change directions; there are pedestrians jaywalking.

To put the car in driverless or autonomous mode, Snider simply turns a knob located near the gear shifter.

The car pulls out of the parking lot. Though Snider is behind the wheel, he's not touching it, as the car stops at a stop sign, waits for traffic to clear and then makes a right turn onto the highway.

The car is programmed much like a driver programs a GPS for directions. In this case it's heading for a restaurant in a shopping center. We travel about a half-mile down the busy road, the car accelerating, stopping at a red light and moving into a left-hand turn lane, where it waits for a green arrow before proceeding.

The drive is not always smooth. The car tends to wait until the last minute before braking and floors it when accelerating to its desired speed. Snider says engineers are working on that, but that it's difficult to precisely re-create the human touch on the gas pedal and brakes.

Carnegie Mellon's car is not the only driverless vehicle around. Google has one as well. Raj Rajkumar, a professor of electrical and computer engineering at Carnegie Mellon, predicts that by 2020 the technology needed for driverless cars to travel normal roads will be ready. Though he says it make take a bit longer for the legal system and insurance companies to catch up.

"It has to go through the societal process of acceptance, the legal process of laws being in place that allow driverless vehicles on the roads, the insurance aspects of liability, the legal things falling into place," Rajkumar says.

The federal government has already begun conducting research with an eye toward establishing standards for driverless vehicles. Three states — California, Nevada and Florida — have passed legislation allowing testing of driverless cars on their roads.