Accessibility links
'I'd Tap That' And Other NSA Pickup Lines Are All The Rage : All Tech Considered Revelations that national security officials have used their agency's eavesdropping power to spy on love interests has sparked a new meme: #NSAPickupLines 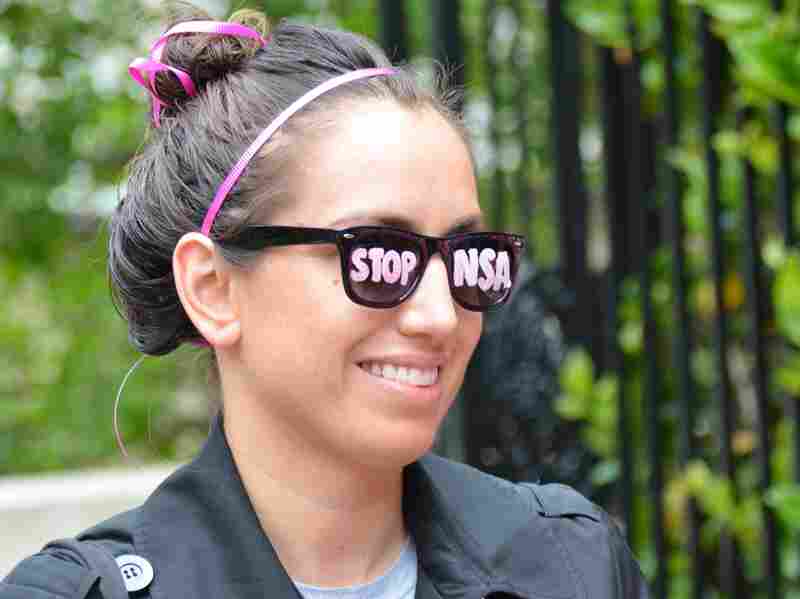 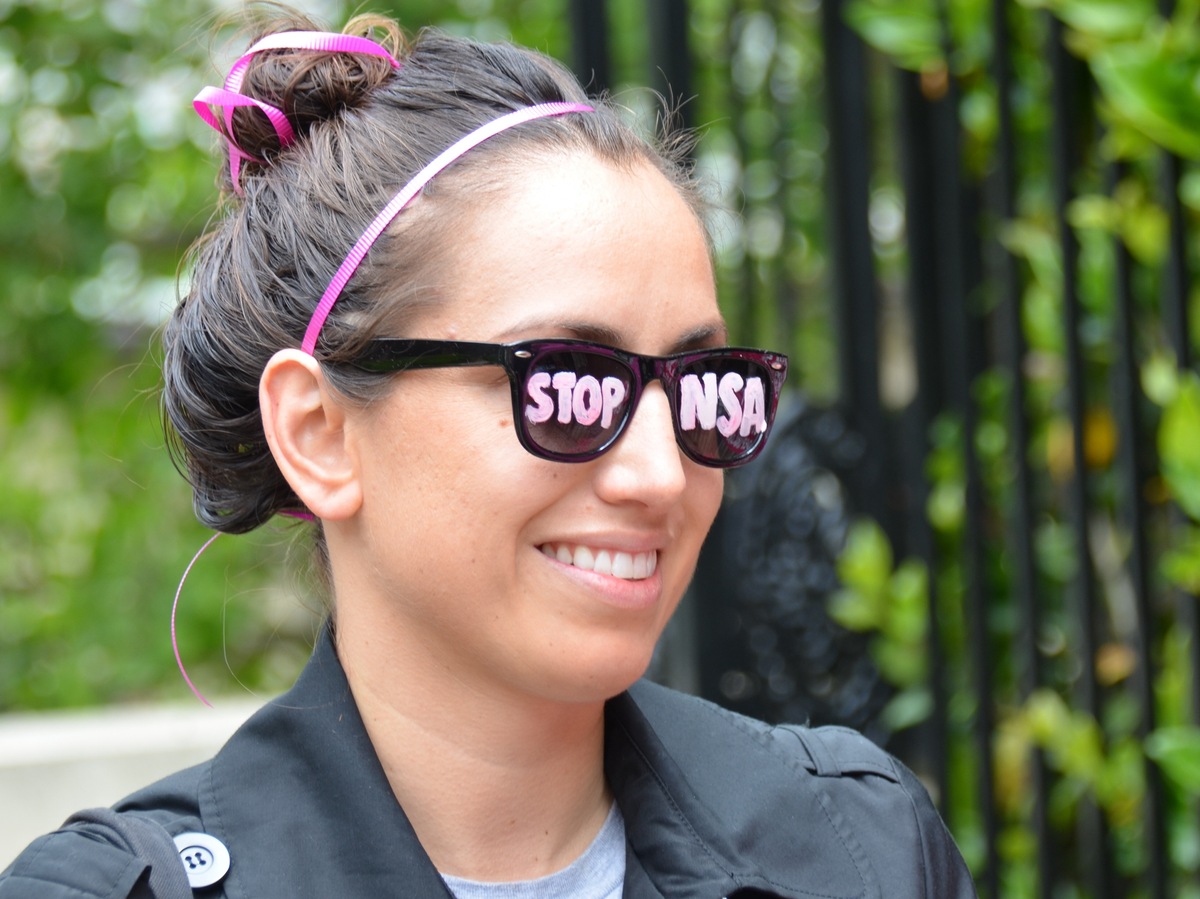 An anti-NSA protester in Washington, DC.

News that National Security Agency officers sometimes abuse domestic intelligence gathering practices to monitor potential love interests has led to a sweeping, satirical response by The People of The Internet. On Tumblr and Twitter, the #NSAPickupLines and #NSALovePoems hashtags have sparked all sorts of creativity from users poking fun at the potential intrusion of the NSA into our personal lives.

"Roses are red, violets are blue, your pin number is 6852," reads a popular "NSA love poem" spreading on the internet right now.

The parody @PRISM_NSA Twitter account, named after the electronic surveillance program leaked by Edward Snowden, has been pickup line central for much of the weekend, so you can keep up with the tweets there. Some of our favorite spy-themed pickup lines and love poems, below:

I bet you're tired of guys who only pretend to listen. #NSAPickupLines

Just relax while we unzip your files. #NSAPickUpLines

#NSAPickupLines Are you tired? Because you've been running through my chat log reviews all day.

I know exactly where you have been all my life #NSAPickUpLines

This was all inspired by the news reported on Friday by The Wall Street Journal that National Security Agency officers were spying on their exes or love interests, and enough of them were doing it that the practice got its own Orwellian label within the agency: "LOVEINT".

"NSA has zero tolerance for willful violations of the agency's authorities" and responds "as appropriate," the agency said in a statement.