Accessibility links
Microsoft Vs. Medium: A Tale Of Two Office Cultures : All Tech Considered The corporate culture at Microsoft seems to go against the tech industry's trend toward more empowered employees. The focus on the software giant's inner workings comes as Microsoft CEO Steve Ballmer prepares to depart. 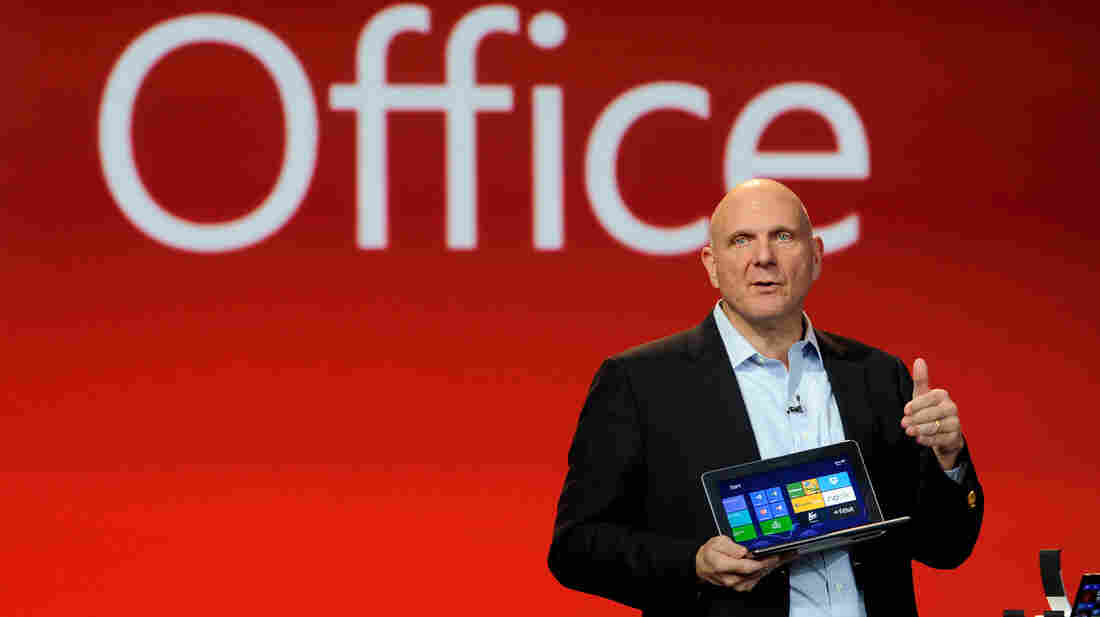 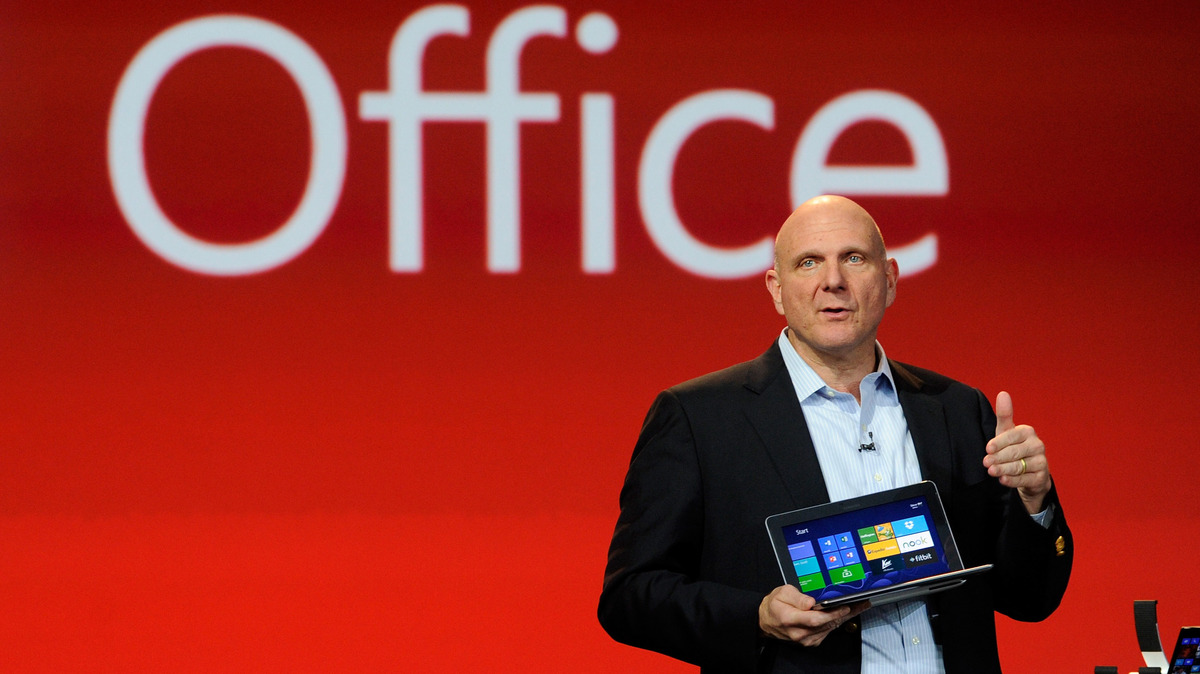 In the flood of stories about Steve Ballmer's time at the helm of Microsoft, a troubling symbol of the company's office culture keeps emerging. It's called "stack ranking," a system that had corrosive effects on Microsoft employees by encouraging workers to play office politics at the expense of focusing on creative, substantive work. Kurt Eichenwald explained the system in a Vanity Fair feature last year:

"The system — also referred to as 'the performance model,' 'the bell curve,' or just 'the employee review' — has, with certain variations over the years, worked like this: every unit was forced to declare a certain percentage of employees as top performers, then good performers, then average, then below average, then poor. ...

"For that reason, executives said, a lot of Microsoft superstars did everything they could to avoid working alongside other top-notch developers, out of fear that they would be hurt in the rankings. ...

" 'The behavior this engenders, people do everything they can to stay out of the bottom bucket,' one Microsoft engineer said. 'People responsible for features will openly sabotage other people's efforts. One of the most valuable things I learned was to give the appearance of being courteous while withholding just enough information from colleagues to ensure they didn't get ahead of me on the rankings.'

"Worse, because the reviews came every six months, employees and their supervisors — who were also ranked — focused on their short-term performance, rather than on longer efforts to innovate."

Most technology companies are moving in the complete opposite cultural direction, especially because they need to innovate. Google encourages its employees to spend 20 percent of their time working on individually exciting projects that aren't mandated by the company. Gaming software company Valve and software design firm Menlo Innovations, which I profiled Monday, have eschewed management layers entirely so that the entire team can feel empowered by making decisions.

Three Tips For Microsoft's Next CEO

"Top-heavy and fairly tall [companies] found out that they stifled creativity to a greater extent because the top level of managers don't necessarily have all the creative ideas," says Stephen Courtright, a business professor at Texas A&M University.

Courtright and other researchers conducted a "study of studies" on workplace satisfaction and found that for individual employees, the most motivating factor for them is having decision-making authority.

That brings us to the company culture at Medium, a kind of anti-Microsoft that's behind a new content platform. Medium was launched by Ev Williams, the co-founder of Twitter.

As documented in a feature on First Round Capital's site, Medium is experimenting with a culture that aims to be more "human." How?

Medium's Jason Stirman threw out the "classic management advice" about not getting too chummy with his reports and shielding his team from wider organizational drama. He found that taking his employees out for drinks, knowing about their personal lives and not insulating the team from external concerns actually made them feel more connected to the company, happier and more productive.

So Medium has adopted "holacracy" as its management framework. Some takeaways, as explained to First Round Capital:

"Holacracy encourages people to work out their tensions and issues one-on-one or outside of meetings if possible. Given the rampant explosion of meetings in corporate environments (so much so that there are meetings about having too many meetings), this is an increasingly important tip. Tension meetings are defined as opportunities to air issues that couldn't be resolved elsewhere. People should only address the group with topics that actually need others to weigh in or help find a path forward.

"Establishing mutual accountability can make a highly tiered workplace feel flatter and more engaging. In addition to informing his reports about what was going on throughout the company, Stirman wishes he would have shared his own list of tasks and concerns with the people on his team. That way he would have been accountable to them too and made them feel less managed. 'At Twitter, there was this common power dynamic where my reports felt accountable to me to get their work done and I felt accountable to the guy above me. It would have been good to be more forthcoming.' "

So far, holacracy is working at Medium, and the wider trend toward flatter offices continues in the tech sector and beyond. Meanwhile, Microsoft has Ballmer in charge for another year. In an interview with the Seattle Times last month, he said that he's sticking with the stack-ranking system that's already driven so many Microsoft employees away.