Accessibility links
In Maine, Even With A GPS, You Can't Get There From Here : All Tech Considered Once a standard fixture at every gas station, paper maps have all but folded in the digital age. But there are places that can baffle your high-tech gadgets. In Maine, weekend explorers might want to take along a map in addition to their GPS unit. 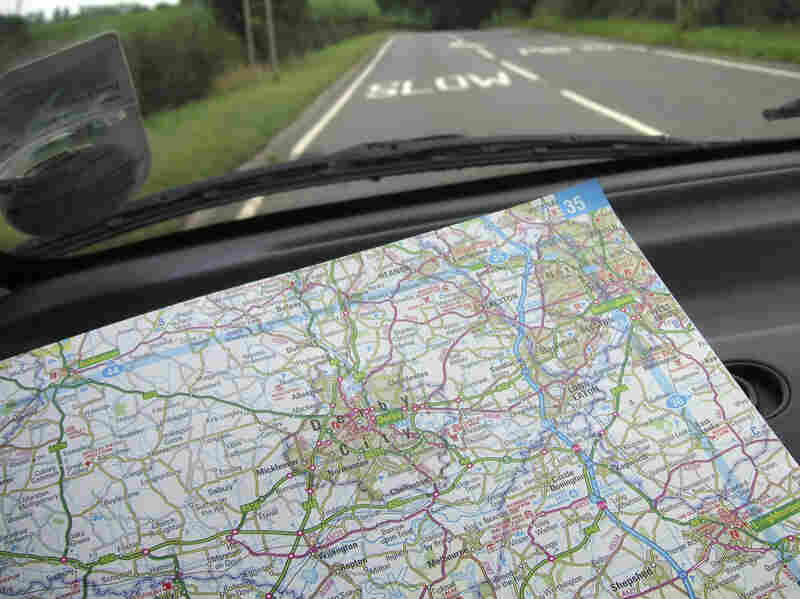 If you're planning that last summer road trip, you might want to pull those maps out of the attic. iStockphoto.com hide caption 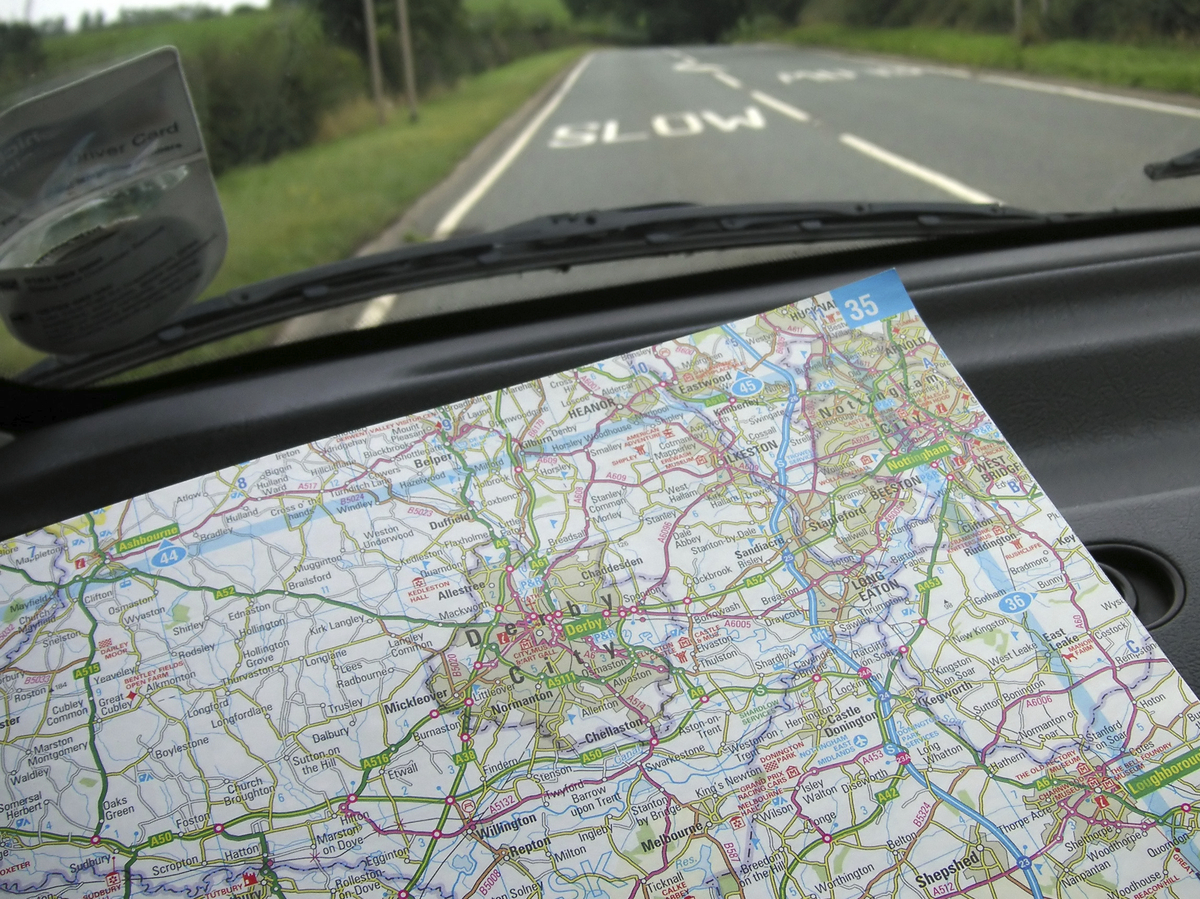 If you're planning that last summer road trip, you might want to pull those maps out of the attic.

Once a standard fixture at every gas station, good old fashioned paper maps have all but folded in the digital age. But, there are places that can baffle your high tech gadgets.

Getting yourself lost in a rural state is an easy thing to do. Pavement turns into dirt track, and before you know it, you're driving through miles of woods and boulders, and your GPS isn't helping.

"Where it's an electronic device and has batteries and relies on a satellite signal, there's a lot of things that can go wrong," says Bryan Courtois, a search and rescue specialist. Trying to rely solely on electronic mapping, he says, is a good way to get yourself lost. Even he doesn't do that.

"I'll probably look at a map ahead of time, and just have a rough idea. And then if I agree with where the GPS is bringing me then I follow it. If not then I'll probably pull over and look at the map," he says.

But that's assuming you can find a paper map.

"I think there's definitely a slowing down of the production of paper maps," says Shannon Garrity, a data specialist with Delorme, a company that sells GPS units, but still publishes paper maps.

Since 1998, map sales have steadily fallen for Delorme. A spokesperson for Illinois-based Rand McNally confirmed that the market is trending away from paper. But for Delorme, the slump has finally leveled out, and people are buying maps again in addition to their GPS units. And that's probably a good thing says Garrity, because the most common GPS units aren't really meant for wilderness exploration.

Maine has actually had several incidents in recent years of motorists driving into remote bodies of water, most recently in the small coastal village of Roque Bluffs, where two women on a foggy evening accidentally drove their car right into the ocean and drowned. It's not known if the women were using a GPS device, but driving along that same road, here's what happened when a GPS was set for Roque Bluffs: "Your destination is straight ahead."

But, "straight ahead" at that point is actually the ocean. Getting too caught-up in the turn-by-turn instructions that are so helpful when trying to find a coffee shop in Boston, won't serve you well here. Not having that "big picture" view is perhaps the flaw with current GPS technology says Garrity. For Maine Guide Bryan Courtois, a GPS unit is a worthy addition to your road trip supplies, but it shouldn't be the only thing in your glove box.

In time, as more remote areas are digitally mapped, GPS services WILL be improved for remote parts of the United States, but for now, when taking the road less traveled, you might also want to take along an old fashioned map — even if you can't fold one.