Accessibility links
Smartwatch Is Next Step In 'Quantified Self' Life-Logging : All Tech Considered Smartwatches are capturing imaginations because of what they can measure about their wearers. A watch touches your skin, so it can take your pulse, measure your temperature and record the quality of your sleep. 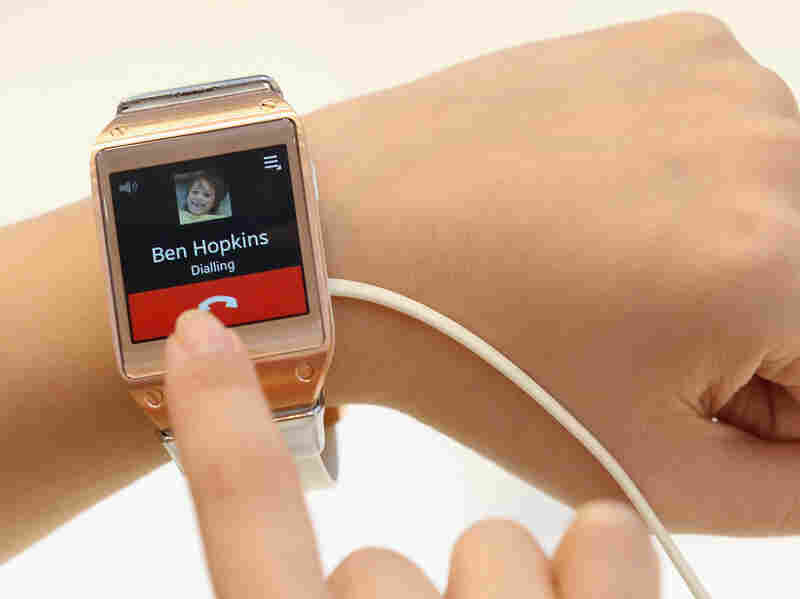 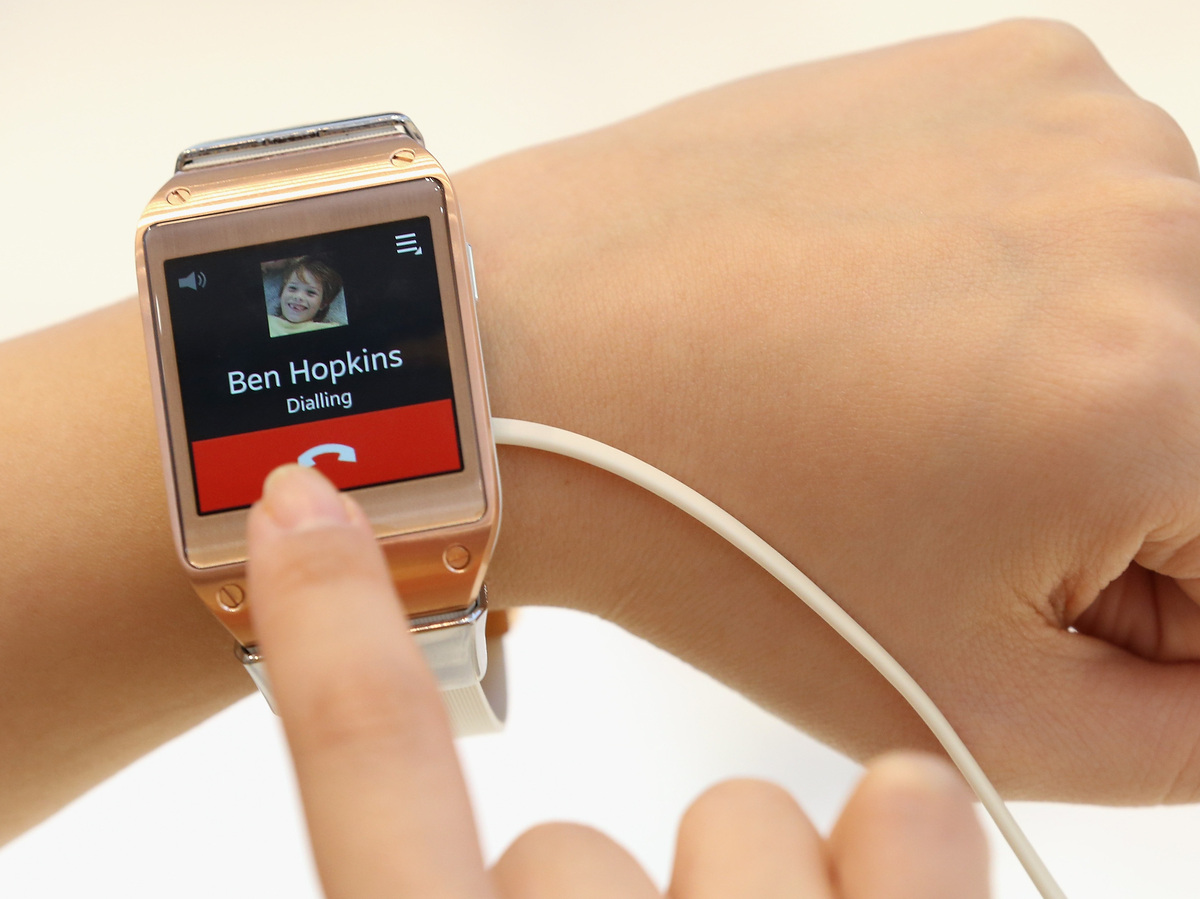 You could call it the phantom menace. Each year, in the midst of winter, a rumor surfaces about a new Apple product that sets tech bloggers buzzing.

Over the spring and summer, hype builds. Then, nothing. Last year, the tech world was left waiting for an Apple TV. This was the year of the iWatch — or at least the year of iWatch hype.

Last week, Samsung rolled out its own version of this imaginary Apple device, and early reviews have been poor. Analysts say the Galaxy Gear, priced at $299, is expensive and the battery life is short. While the watch has voice recognition a la Dick Tracy — the device fell flat with many gadget geeks.

"So the watch itself, if all it is is a glorified smartphone and has some other features to it, it's not so interesting," says Brad Feld, a venture capitalist in Boulder, Colo.

What really excites technologists like Feld about watches is how intimate these devices could be. A watch touches your skin, so it can take your pulse, measure your temperature and record the quality of your sleep. Feld says it could become almost like another organ.

"I think we are at version 0.1 of human instrumentation," he says.

Feld envisions a world of wearable devices — not just watches — that record all kinds of intimate details about our lives. He thinks this data could help make all of us healthier, happier and more fulfilled human beings.

This is the idea of the quantified self.

"When you talk about quantified self, it's important to acknowledge it's a social movement first," says Sarah Rotman Epps, at Forrester Research. "It's a group of people who identify themselves as being interested in quantifying themselves — in tracking data about their lives."

Feld is one of them. He's trying to run a marathon in every state in the country and uses technology to track himself obsessively.

"So I use a bunch of different things," he says.

He uses a Fitbit, which tracks daily activity and heart rate, and a Fitbit scale to weigh himself. A Garmin watch tracks his runs, and he wears a monitor to track oxidation in his blood. He runs blood tests quarterly and uses devices to track his sleep.

Watch Out: Apple Patent Hints At Something For Your Wrist

"I instrument myself when I run," he says.

Most people probably won't follow Feld to these extremes, but according to Rotman Epps, millions of Americans are already tracking themselves with an app or a device. And Forrester Research found roughly a third of online adults are interested in using a device to track things like sleep. But all this data can be incredibly revealing.

"I choose not to wear my own personal device in bed — whether I am sleeping or doing something else," Rotman Epps says, laughing. "That's just where I draw the line."

In 2011, Fitbit accidentally posted information online about when some of its users were having sex. And sleep patterns can offer telltale signs of depression. By sharing this data with an app or device-maker, Rotman Epps says, you are giving up control.

The U.S. Supreme Court has ruled more than once that when someone shares information about themselves with a business, the person no longer has any reasonable expectation of privacy. But that hasn't cooled the fervor of entrepreneurs in this space.

Max Levchin, one of the co-founders of PayPal, recently launched Glow, an app to help women get pregnant.

"You are opting to put this data in the cloud," says Rotman Epps.

After interviewing many of these companies on privacy and their plans for the future, she says she has concerns.

"The attitude of these companies is that they will be stewards of your data, but the reality is they don't even know what their business model is," she says.

Members of the quantified-self movement have demanded that many firms let users download and delete information, but Rotman Epps is still wary. She says if a company changes its privacy policy there is not much a user could do.