Accessibility links
Sexism In The Tech Industry Takes Center Stage : All Tech Considered Over the weekend, a pair of sexually explicit presentations at a major tech conference laid bare a long-standing gender disparity problem in tech. 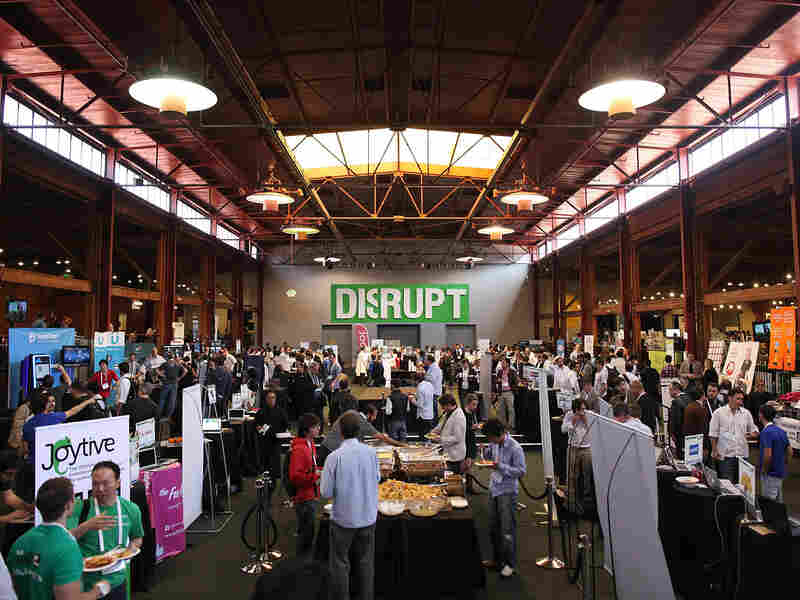 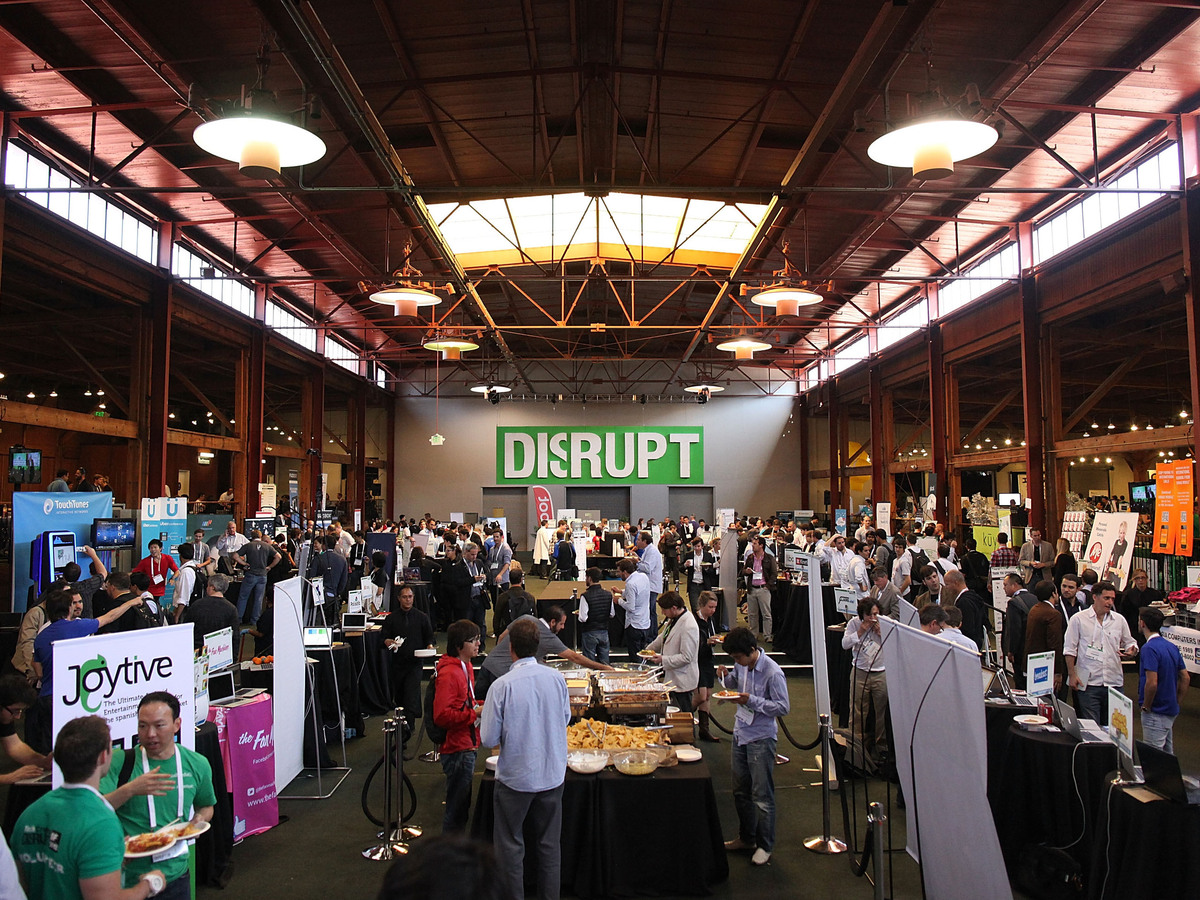 For women struggling to make inroads in the male-dominated tech industry, a few stunning situations this week have provided some extreme examples of what they're up against.

Sexist attitudes in startup culture got a major showcase on stage at TechCrunch Disrupt, one of the industry's leading conferences. In a separate incident online, the hateful, bigoted musings of a media company's chief tech officer got public attention that forced his firing — but he'd been tweeting sexist content for years. They are the latest flare-ups for a community struggling to get more women in its ranks.

On Sunday, after an all-night hackathon at TechCrunch Disrupt, Australian programmers presented Titstare. "Titstare is an app where you take photos of yourself staring at tits," Jethro Batts explained. He went on to say, "I think this is the breast hack ever."

The app was dreamed up during an overnight hackathon and presented to an audience of 500. The creators later said it was a parody.

"It's not. It's not a funny thing. It's not appropriate," says Richard Jordan, whose daughter participated in the hackathon and was in the audience. He says that presentation was actually just one of two disgusting displays.

Especially for Jordan, who was seated next to his daughter Alexandra, a programmer who took part in the hackathon. She is 9 years old.

"She's, you know, she's a very mature young lady and she sort of shrugs this kind of stuff off. But she shouldn't have to," Jordan says. "A lot of people have mentioned, 'Oh, it's not OK because there were kids in the audience.' The bigger point is, that stuff shouldn't be OK anyway."

TechCrunch issued an apology Sunday for the "two misogynistic presentations," acknowledging that "sexism is a major problem in the tech industry" and that the events represented "a failure to properly screen our hackathons for inappropriate content ahead of time and establish clear guidelines for these submissions."

Alexia Tsotsis, the co-editor of TechCrunch, says, "I personally am sorry. I also was offended." She says creators of the controversial app didn't list its name on the presentation list, which is how it avoided raising red flags beforehand.

"It's sort of symptomatic of a larger problem," Tsotsis says. "Which is, tech has been a guy, dude-bro area for a while now. Now as it becomes more mainstream, more women join the workforce and are exposed to these locker-room-type attitudes."

Women are so outnumbered in tech that in 2010, the Silicon Valley Index found that just 3 percent of venture-backed companies were all-female teams, compared with 89 percent all-male teams. It spills into a fratty culture getting a lot more attention lately, as these incidents happen so publicly.

A firestorm forced out Pax Dickinson, Business Insider's chief technology officer, on Tuesday after his racist, sexist Twitter feed got wide notice. Some sample musings: "Men have made the world such a safe and comfortable place that women now have the time to bitch about not being considered our equals." Or, "This election will be decided by single women. It's an epic battle between 'Jungle Fever' and 'Daddy Issues.' "

He'd been tweeting such things for years, but it was only this week that it got enough attention to cost him his job.

Programmer Adria Richards says these situations are happening too often.

"It was really distressing and I was upset and I couldn't believe that this was happening," she says of the Disrupt incident. "I think a lot of fields have this problem where people just aren't aware of how their actions or words can affect people in a negative way."

She knows about negative reactions. A few months ago, Richards tweeted a photo of two men making sexual jokes at a coder conference. One of those men got fired. Richards was then the target of rape and death threats, computer hacks and racial slurs before she got fired, too. Today, she's speaking out for women in the industry.

"There's so much tech, geeky things I love. But when things like this happen. I just want to shrink away. I feel like a little kid again. In a bad way though. Like a little kid who feels unsafe."

Making the tech industry a place where women feel safe and welcome will take more work. But for starters, TechCrunch's editor says that from now on at the company's conferences, sexism will no longer get a stage.

Here on All Tech, we've been exploring the gender imbalance in tech with a series of posts and contributions. Check out what Catherine Bracy writes about the dearth of data on the issue, or an exec role where Leslie Bradshaw sees women excelling. We want to hear your takes, too. Email at ehu@npr.org, tweet me or leave a note in the comments.